On a lighter and less contentious note: My review of the Sigma 60mm dn lens for the Micro Fourth Thirds system. 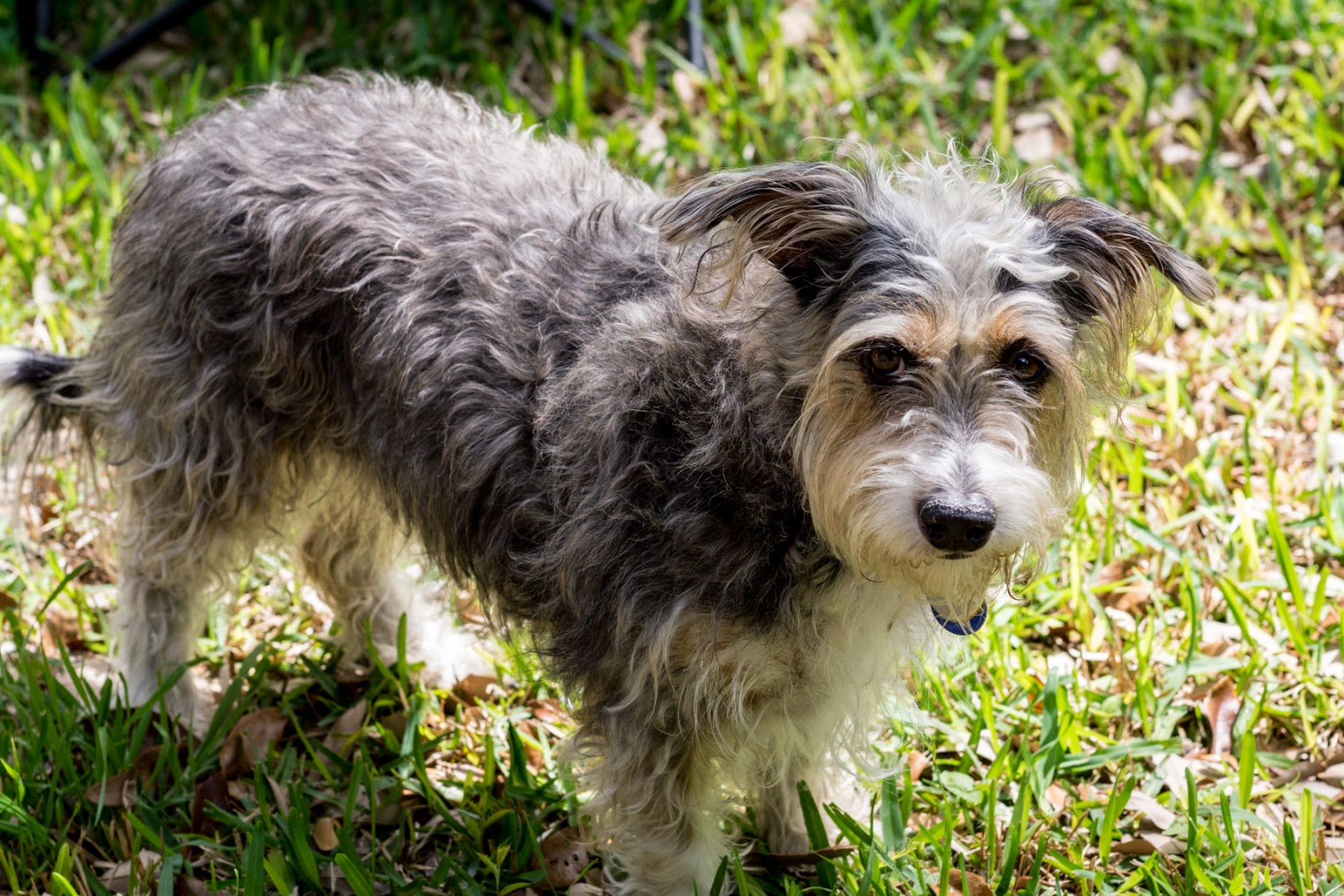 This is the look I generally get from Studio Dog when I step
out into the back yard to take a few casual snaps with
new toys. She seems to be saying: "Really? No fetch?
No chase? No treats? Just gonna stand there with
that damn, black box pressed to your eye?  Bad Dad!
Bad Dad!!!

So, I pontificated the hell out of the Sony A7s and raised the un-nerving specter of death re: printing in the modern world. Well, maybe it's time to take the angst down just a few notches and remember some of the fun stuff about still photography. Like the happiness of buying a new lens. The joy one feels when the lens performs really, really well and the pleasure of doing all this at a bargain price point. Okay. I can speak to that.

Sigma's been in the photo news a lot lately because they've been routinely shaking up the big players in the business by making really cool lenses that outperform similar lenses from Canon, Nikon and Sony. Lenses that either outperform on pure technical metrics like sharpness across the frame or lenses that outperform the majors by being "just as good" but at a lot lower price point. A case in point is their new, 50mm f1.4 "Art" lens which is tearing up the competition in early reviews. Seems its only real competitor might be the Zeiss Otus 55mm 1.4 (but I'm willing to bet that there are a few 50mm lenses from Leica that are more than up to the challenge....).  Lots of serious photographers have lots of serious stuff to say about Sigma's 35mm 1.4 "Art" lens as well.

And just to stay on a roll, they've been rolling out some incredible standard zooms too.

When I shot with the Sony Nex-7 I bought two very inexpensive Sigma lenses that were made for the Nex cameras and the m4:3 cameras. One was a 19mm and the other a 30mm. Both were very good, albeit they did feel a bit flimsy. But for the prices asked the lenses were wonderful and as good as the bigger brands when it came to raw performance on the sensor.

Now I've totally committed to the Panasonic/Olympus micro four-thirds system and after I added the (truly nice) 12-35mm f2.8 and the 35-100mm f2.8 lenses I went looking for some little niche petit bonbons to add to the system. One lens that caught my eye was the new style 60mm Sigma dn lens. All the reviews kinda gush about how great this lens is and then the reviewers seem almost embarrassed to mention the price. At $230 I figured it would hard to go wrong.

The lens is a sleek, modern art design. A paean to the new, cylindrical PowerMac? I bought the black one because I like the lenses to match the cameras but on the first day of use it was Texas-sunny and I wondered if I'd made the wrong choice and should have gotten the silver version instead---considering the heat load that is coming down the road into summer.

The lens is simple. No external controls. One giant slippery focusing ring. It's not a speed demon (which might explain why the optics are so good....), it only opens up to f2.8. There's no image stabilization inside. But so far I'm happy with how sharp the images are and how nicely drawn the out of focus backgrounds are when using the lens wide open.

I know I am guilty of grabbing new lenses and walking around in the bright sunlight in downtown Austin making images that can't help but be sharp and contrasty. Sunlight is sunlight....  But today the Studio Dog and I had a different idea for testing out the lens and we applied it. First, Studio Dog insisted we go to the park and try the lens out with some outdoor scenes; tree branches with fresh leaves, canoes, and that sort of thing. Then I suggested that we go back to the house and shoot weird little interior vignettes using a monopod. That way we could do stuff like use the lens wide open and shoot at non-optimal ISO's like 1600 and 3200. We could work with weird light. And generally play around with reckless abandon.

Here, with captions, is my gallery of test images: 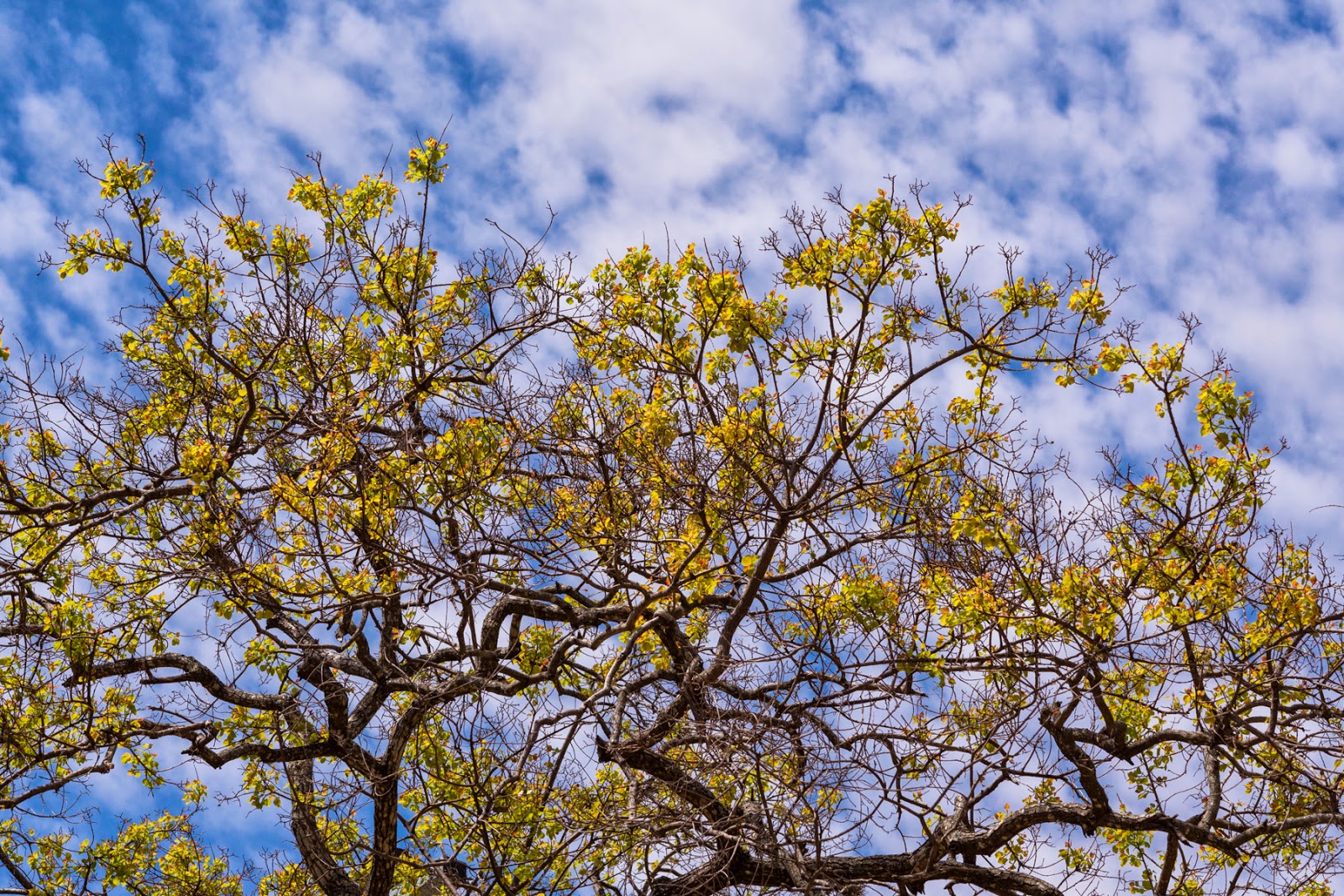 My first test is always leaves and trees and the sky in the background. On the original file I can blow up all pixel-peeper style and see the structure of the individual leaves. Shot at f5.6. Works for me and I like the color and tonality. 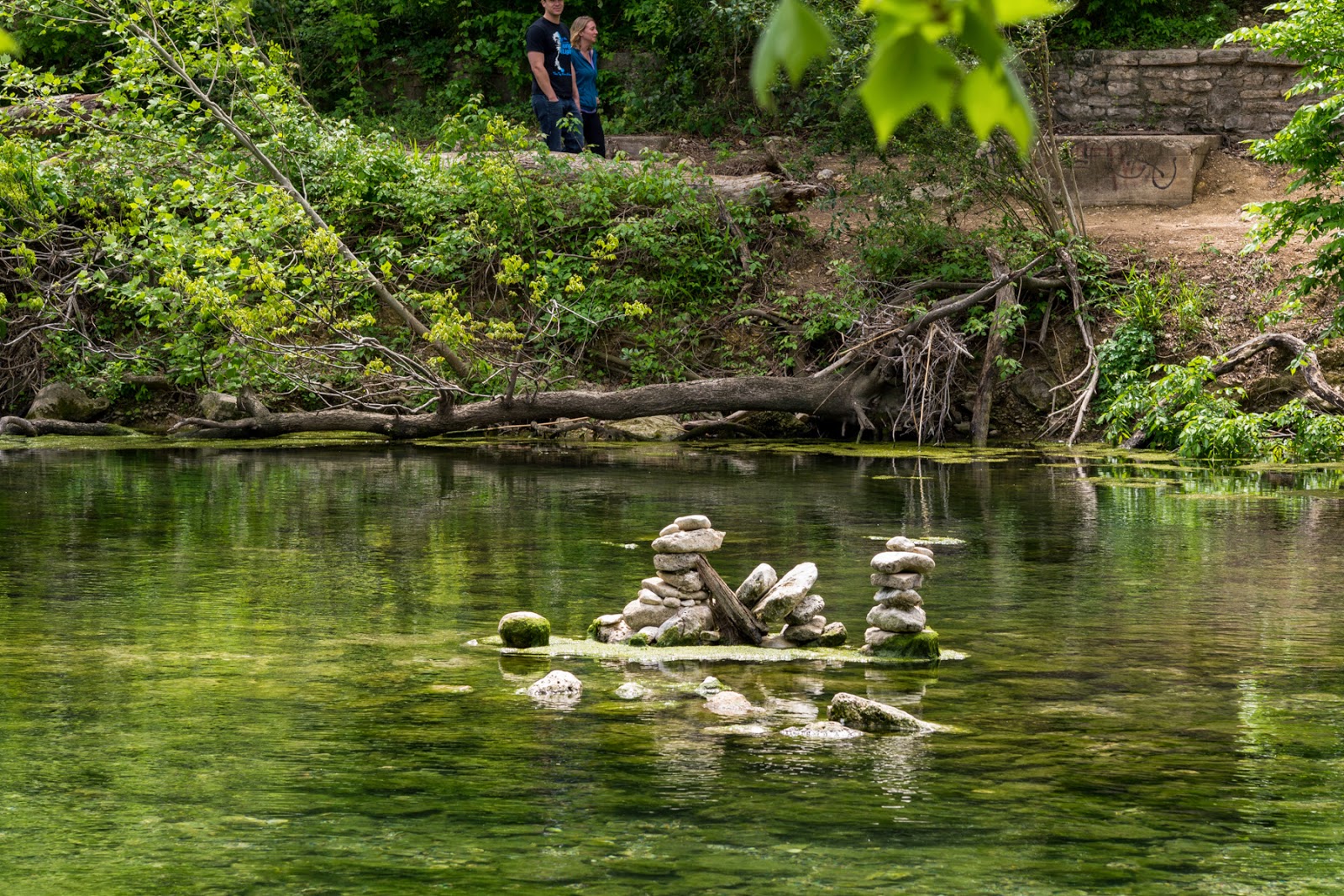 Studio Dog was transfixed by this ritualistic stacking of rocks out in the middle of Barton Springs. She was adamant that we go out and investigate but by the time I had my shoes off and my pants rolled up sheer was already newly fascinated by a log full of turtles sunning themselves. 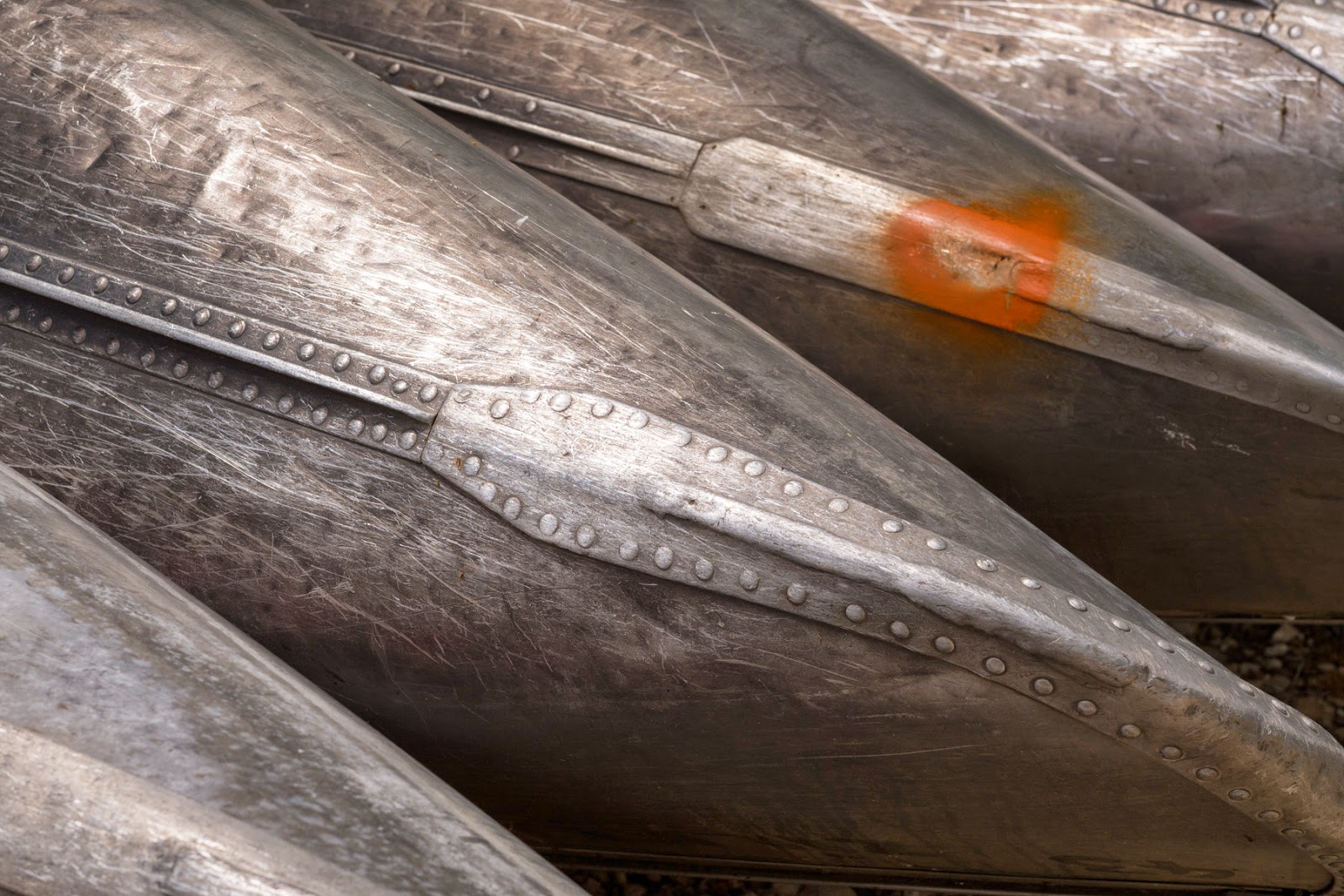 Old, weathered and scratched up canoes are a timeless favorite subject of mine. These are delicious. I should have used a Zeiss Otus on this shot instead of the 60mm Sigma but I couldn't figure out how to get one for the same price.... 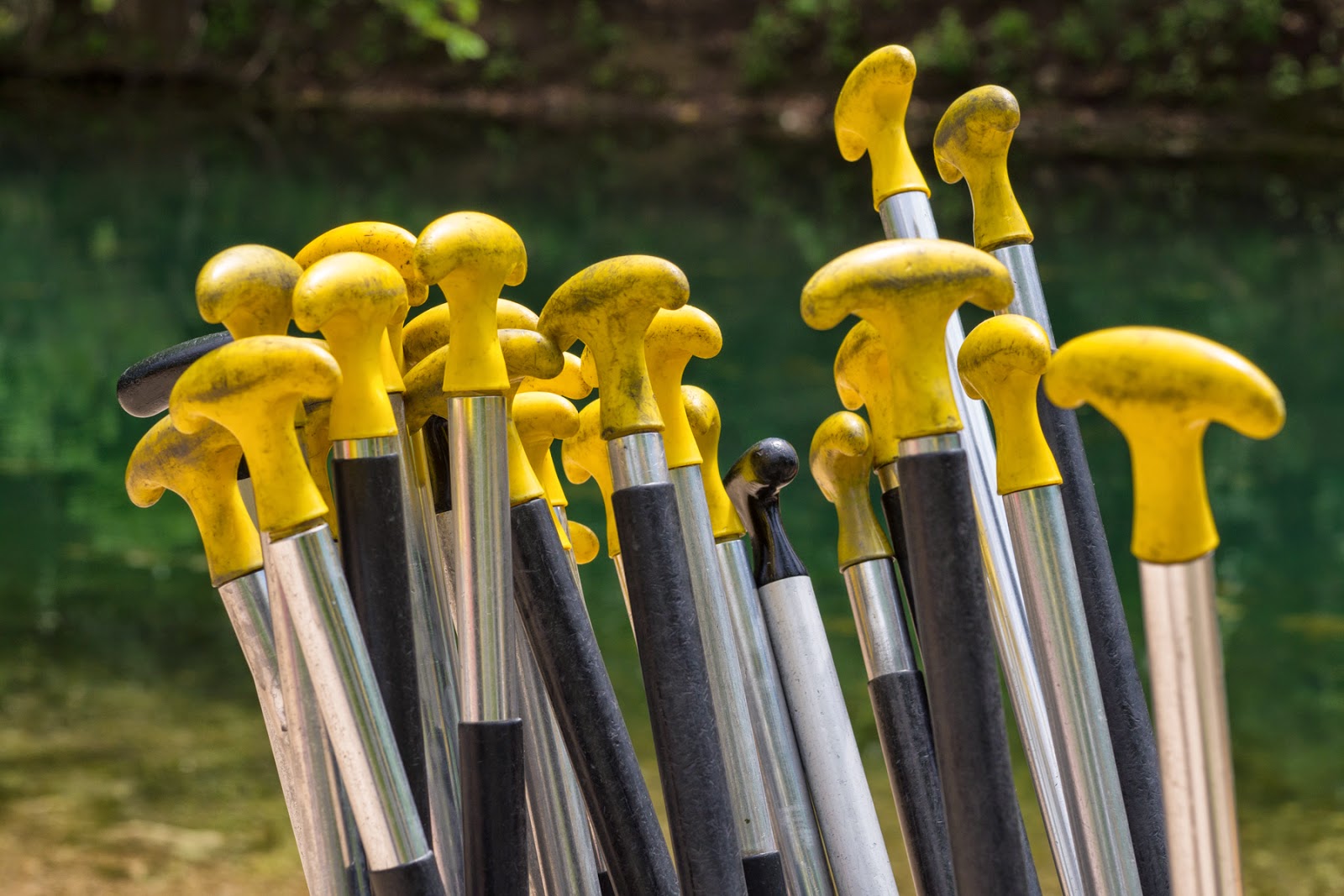 Amazing. Shooting stuff with a 60mm lens and a nearly open aperture means that some stuff in the foreground and the stream in the background go out of focus. Who would have thought this possible in a micro sized format....And yes, I like the colors and the, dare I say it? Bokeh. The bokeh is tricky and avuncular, wiry and complacent. With a hint of smoky oak. 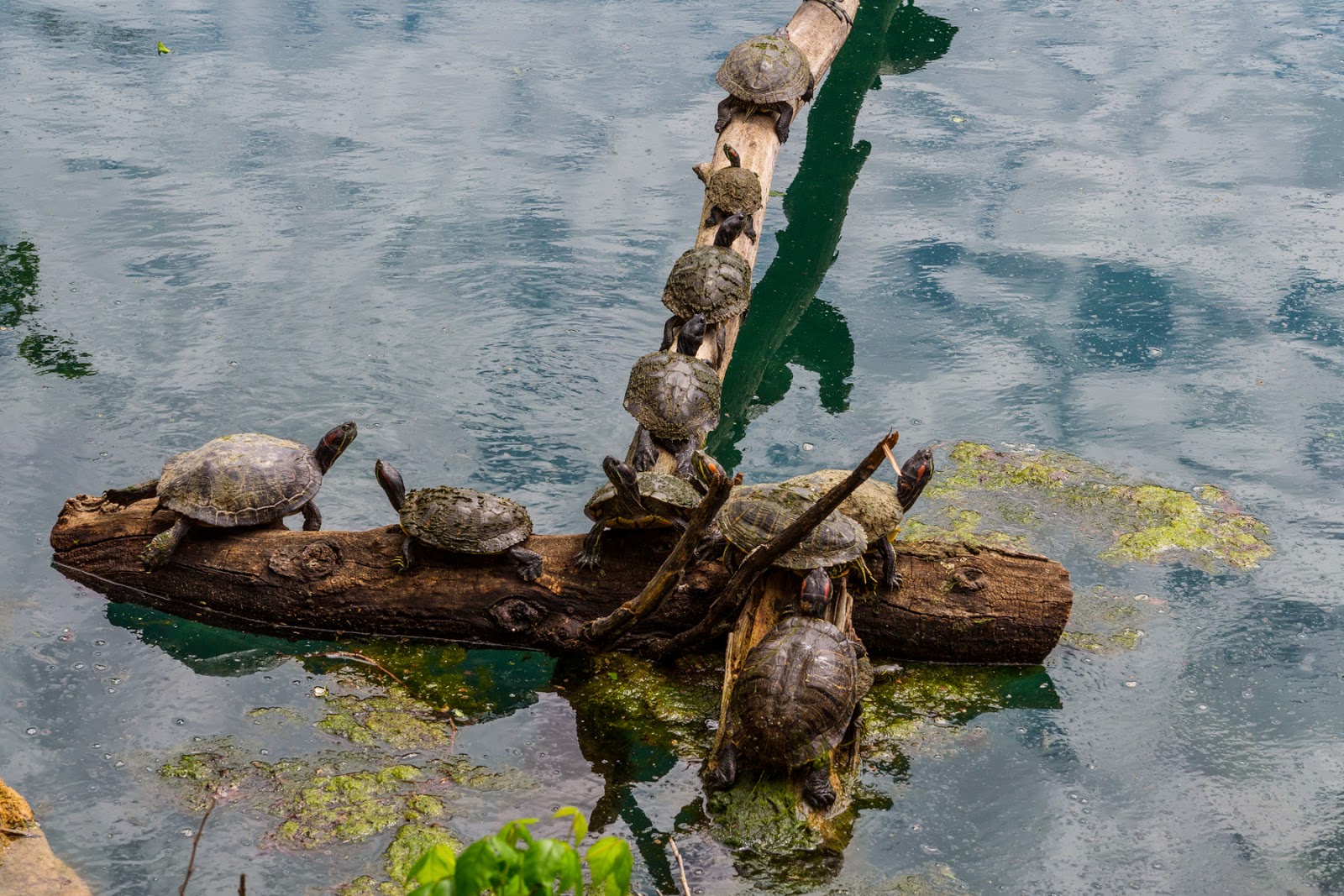 Studio Dog saw the turtles and it was like a kid from a far away country walking into Disney Land for the first time. She paced back and forth alternately growling and whining at them. They ignored her which, I think, hurt her feelings. I was a bit put out that they also ignored my shiny new lens. That's just the way it is with turtles. 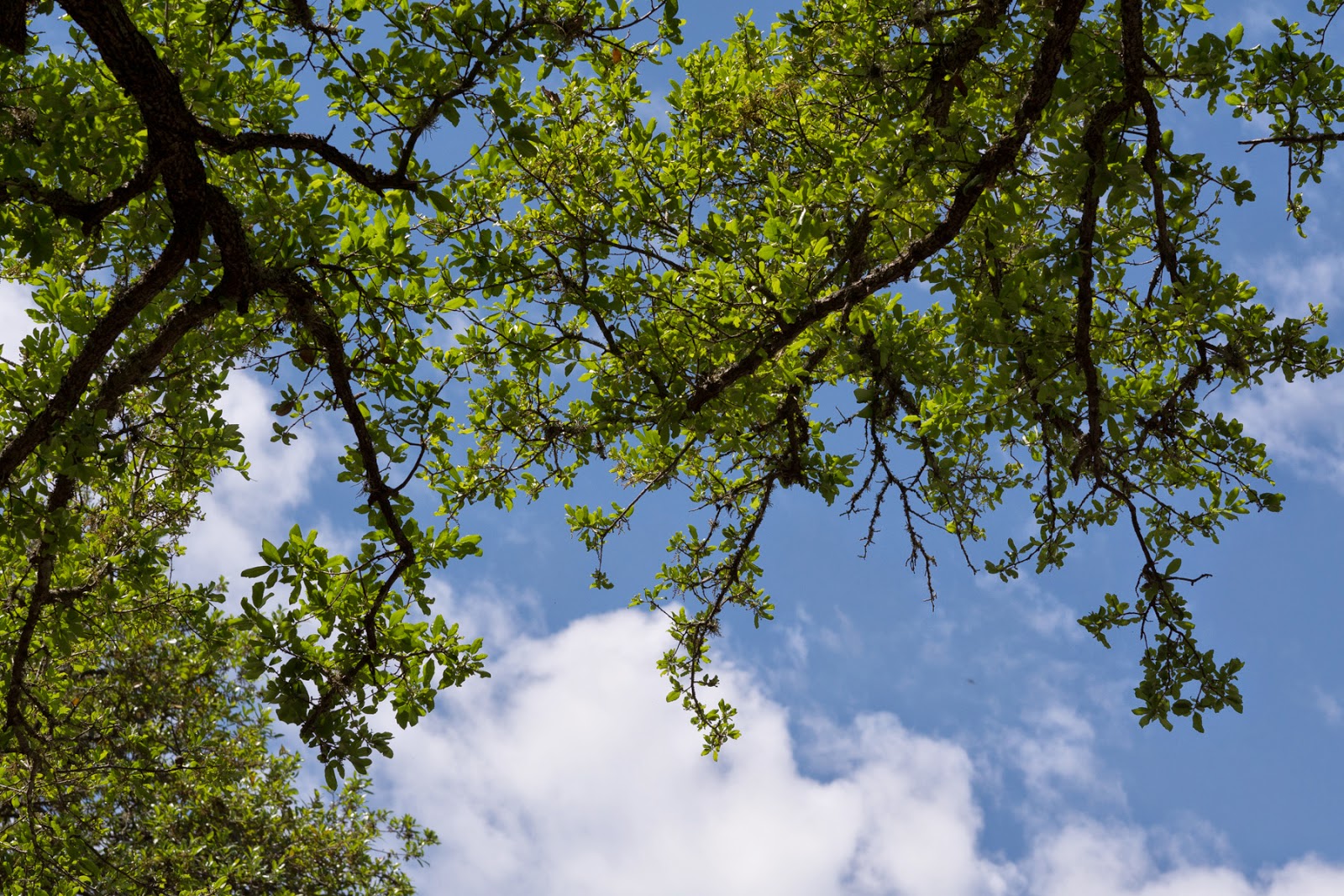 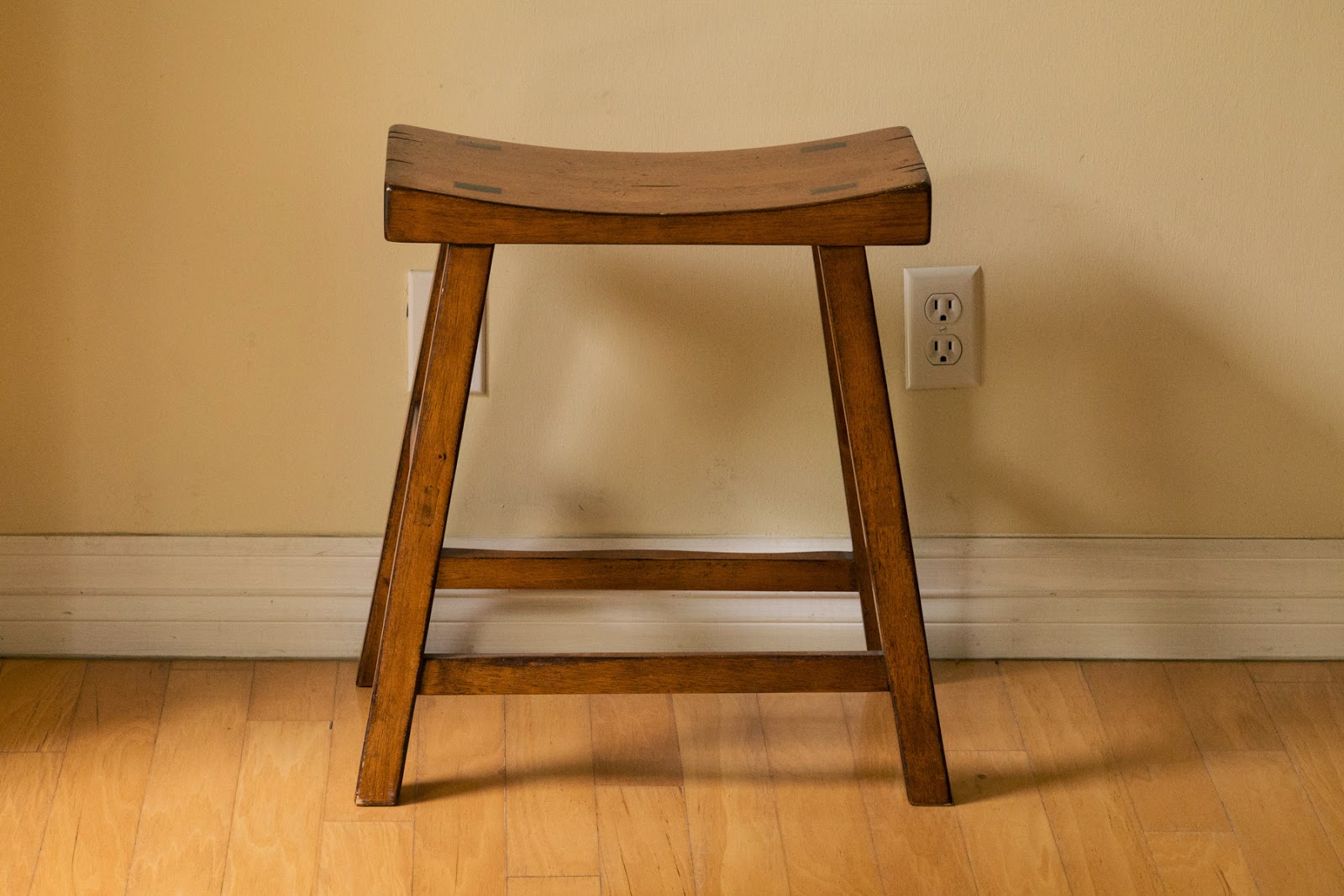 After our ambitious ramble we came back to the house for a mixed rice and sardine lunch. Yes, my dog loves sardines. It was over lunch as I looked around the house that I decided to test my new lens in the most domestic of settings. I grabbed a small monopod and worked on bracing techniques and zen-like photo-breathing and mostly used the Sigma 60mm lens at its widest aperture, f2.8. Above, my Tibetan stool on a wood floor next to a wall with two outlet plates. 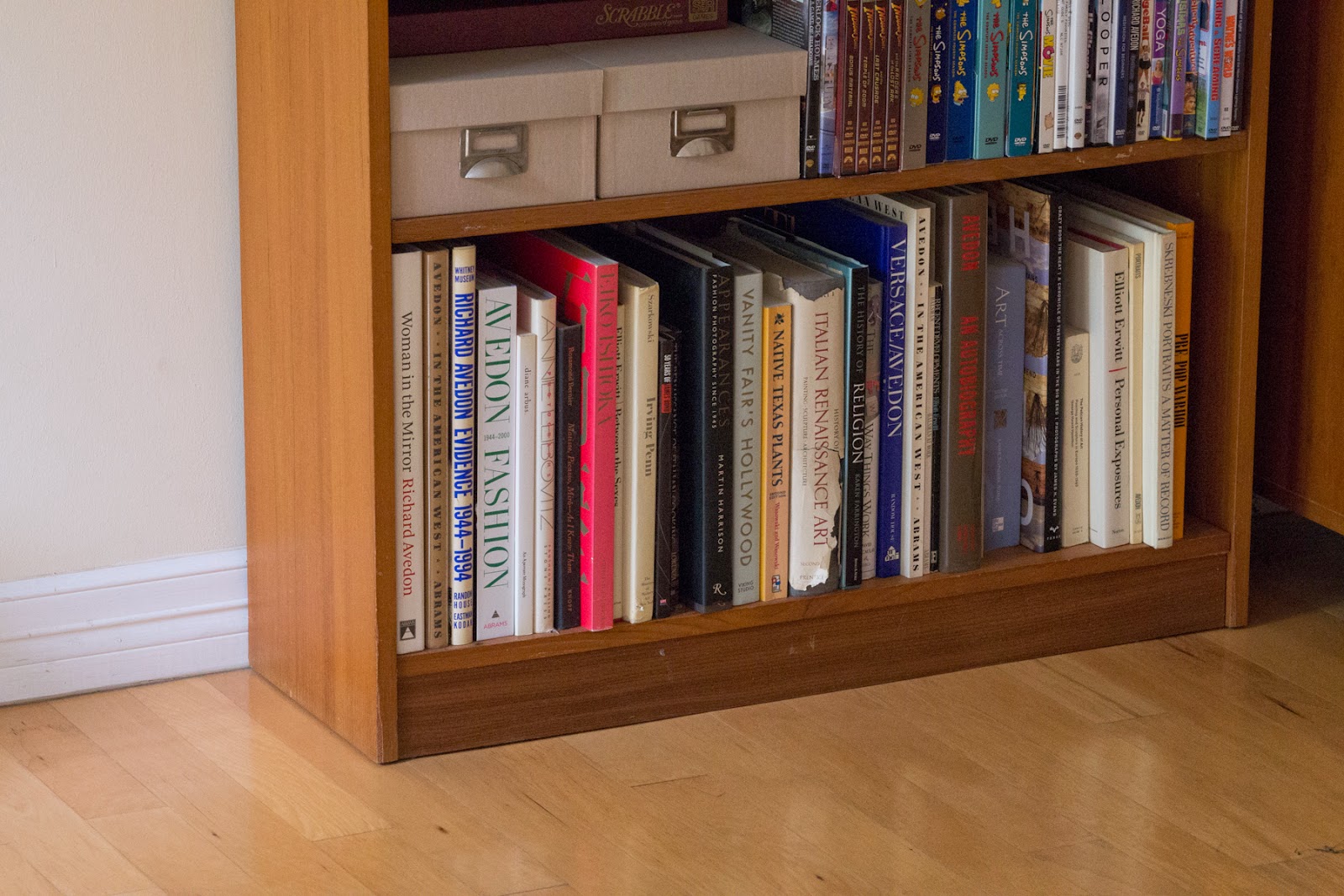 One of many bookshelves in the house with a tiny part of my Richard Avedon book collection. 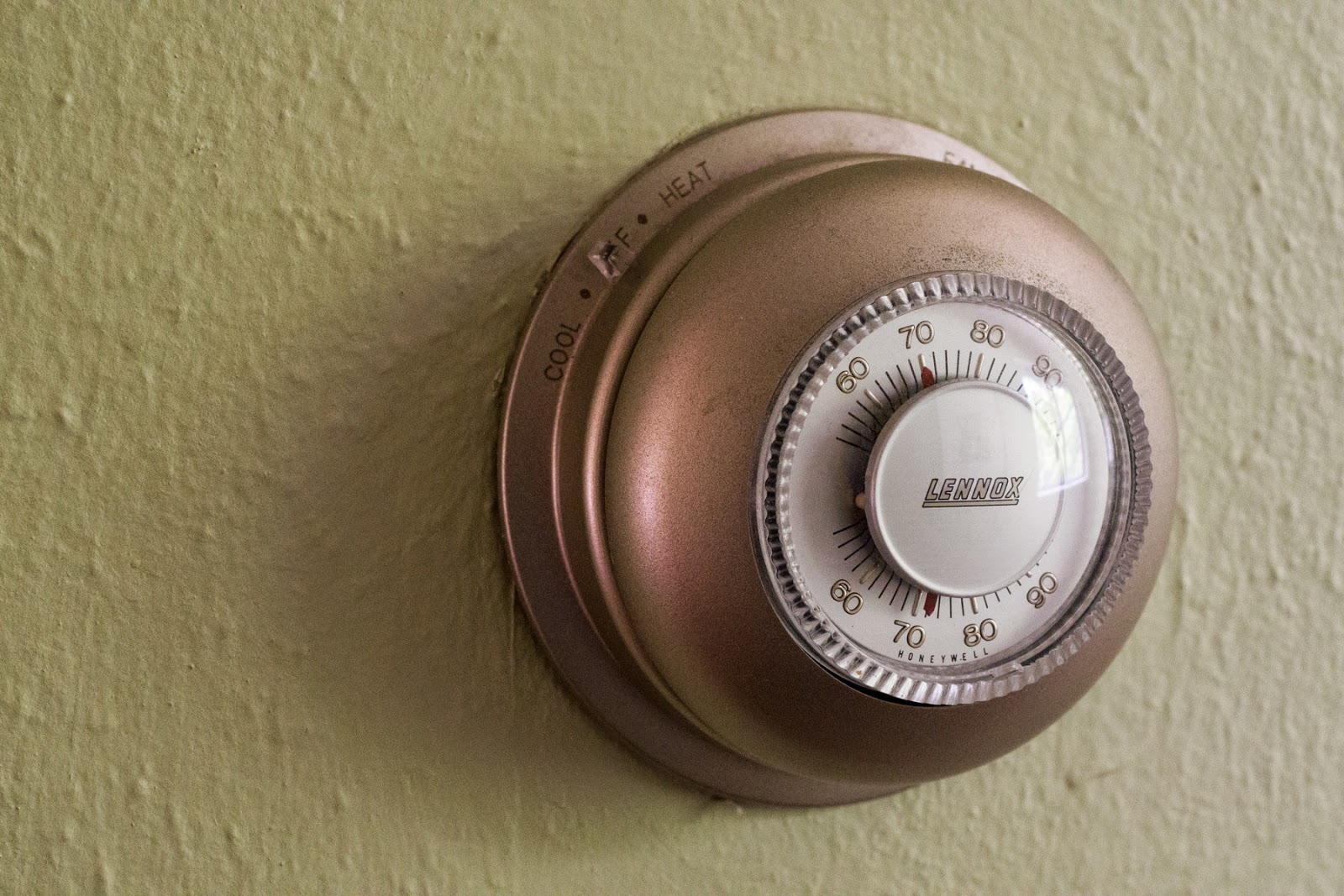 Here I must ask, have you ever spent time looking at your old thermostat? Fascinating. And now that I've made a photographic interpretation of it I'm not sure I could bear to change it. Ever. It's so 1950's "Space Age." Yes, the lens focuses closely. 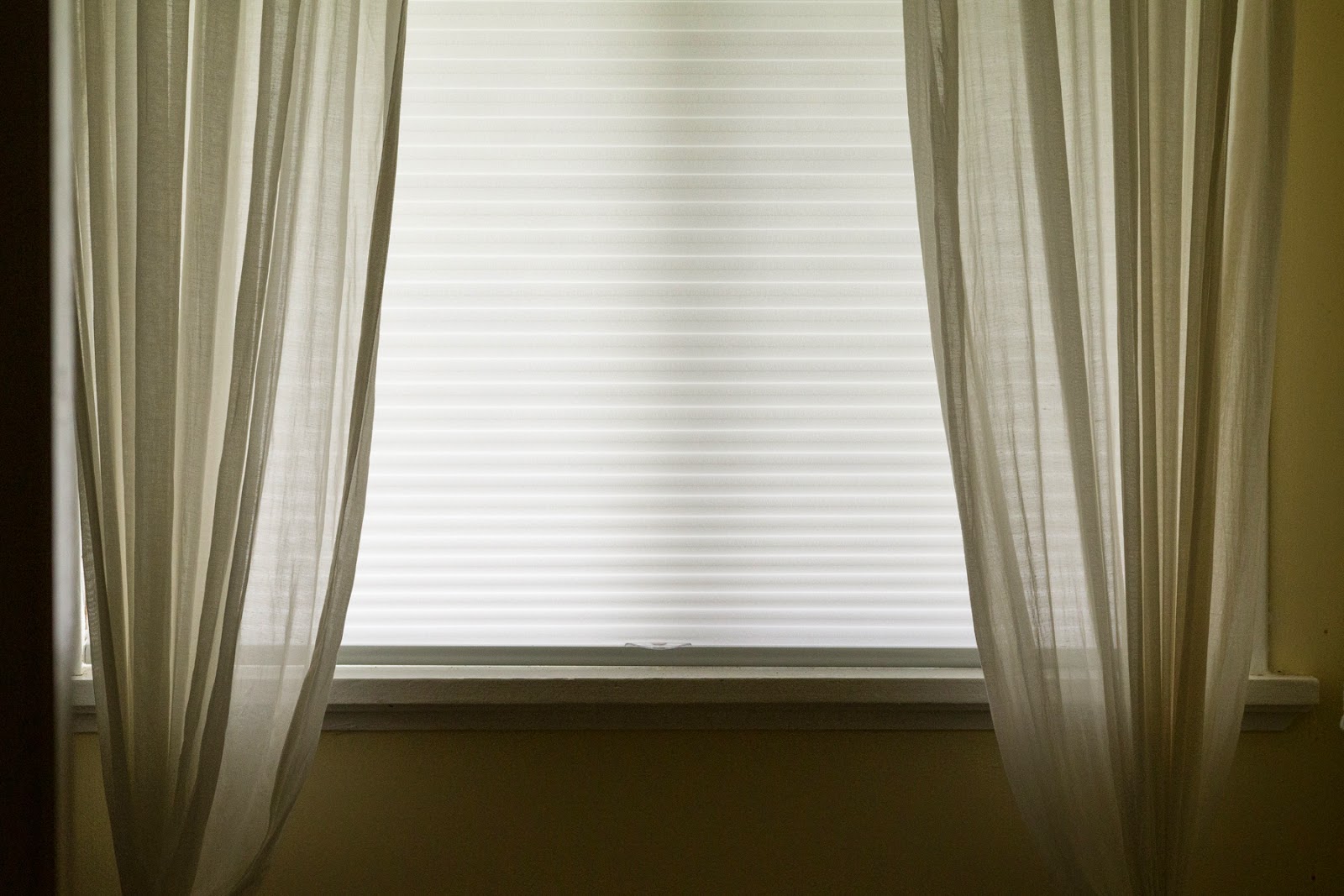 A bathroom window. Looking for flare. Not finding it. 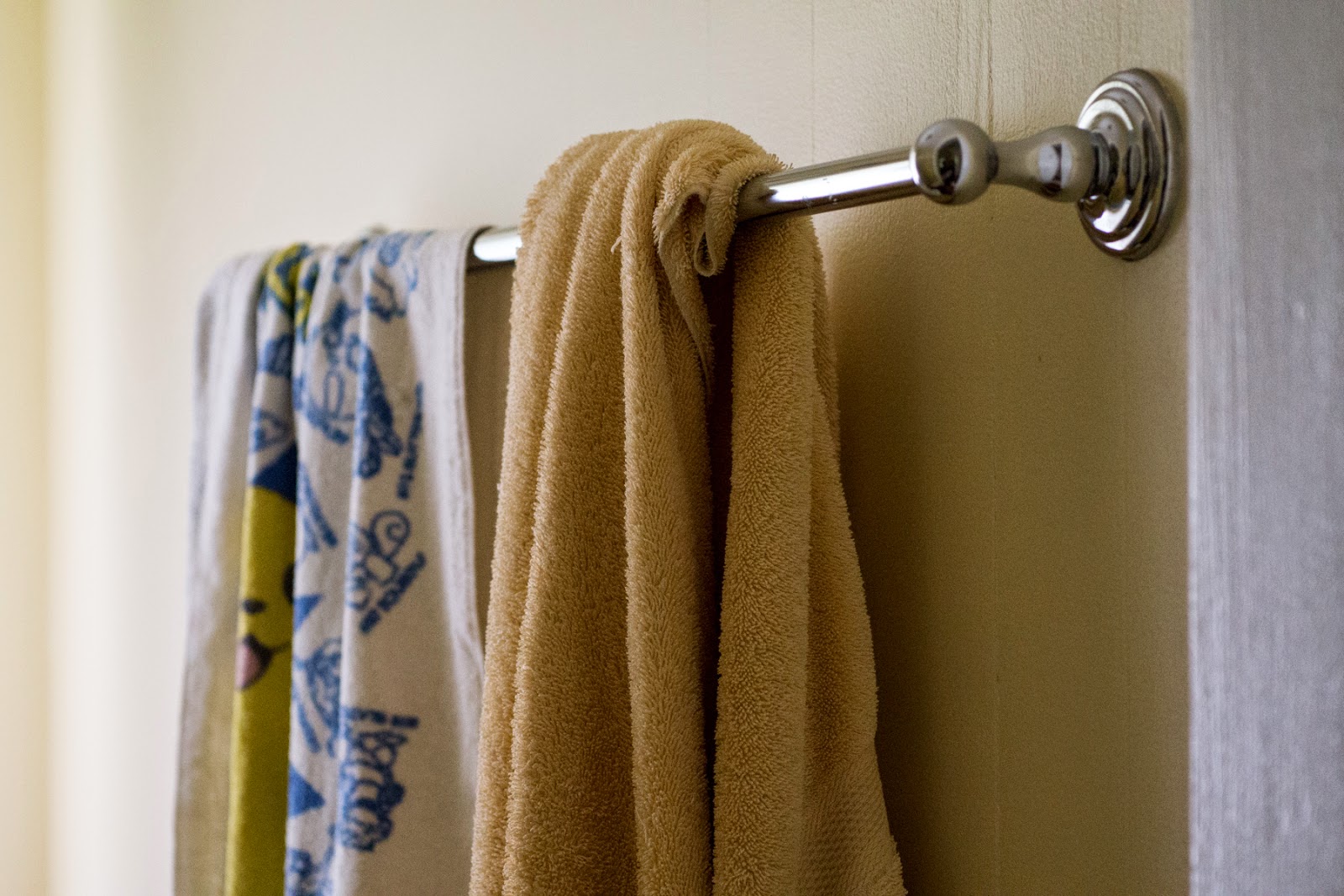 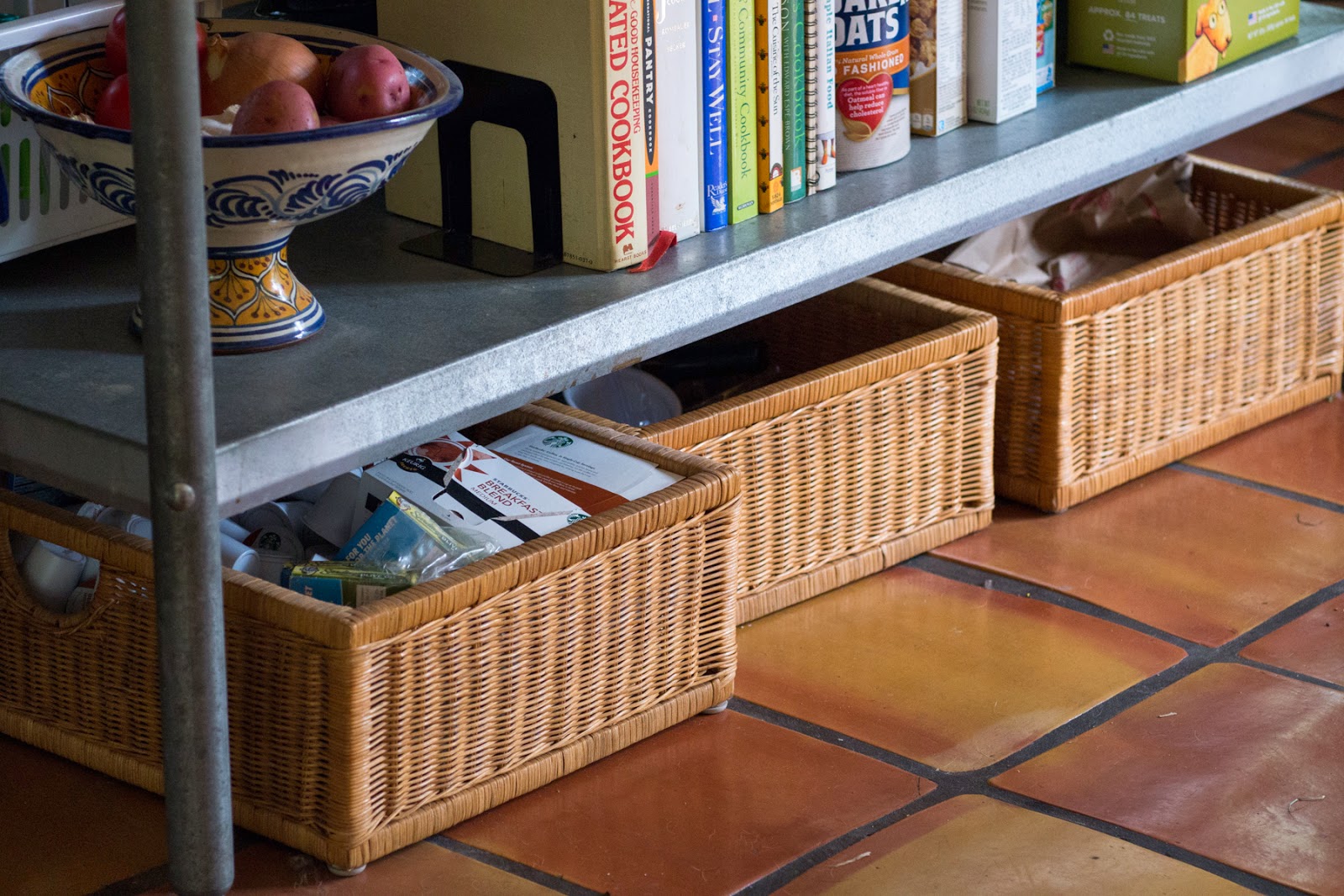 Baskets in the kitchen. Kitchen floor. 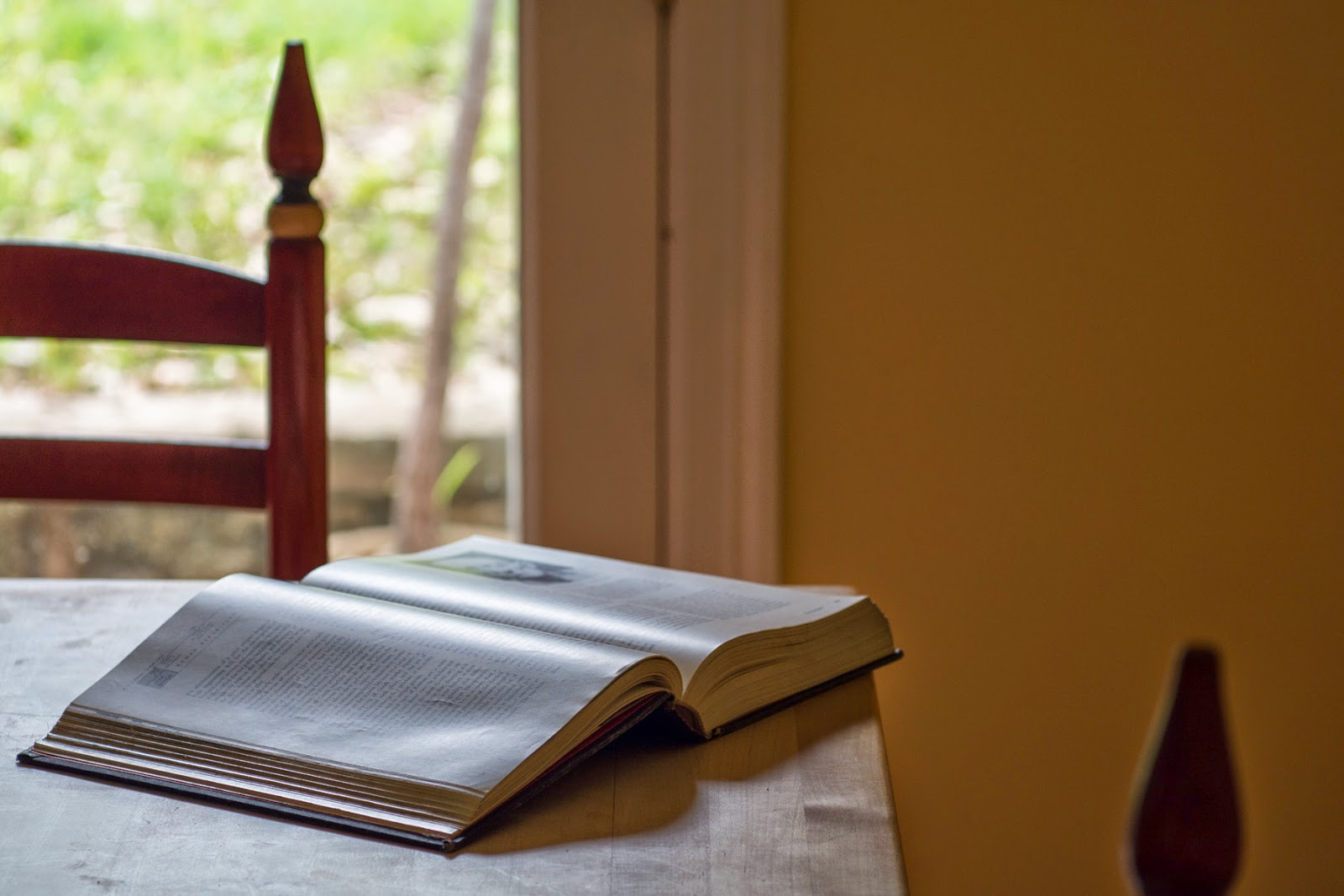 When Studio Dog and I ate lunch today I was looking through one of our books on the history of western art. Were the Etruscans really the "bad boys" of the Med? That's what historians tell us. Really spirited trouble makers. 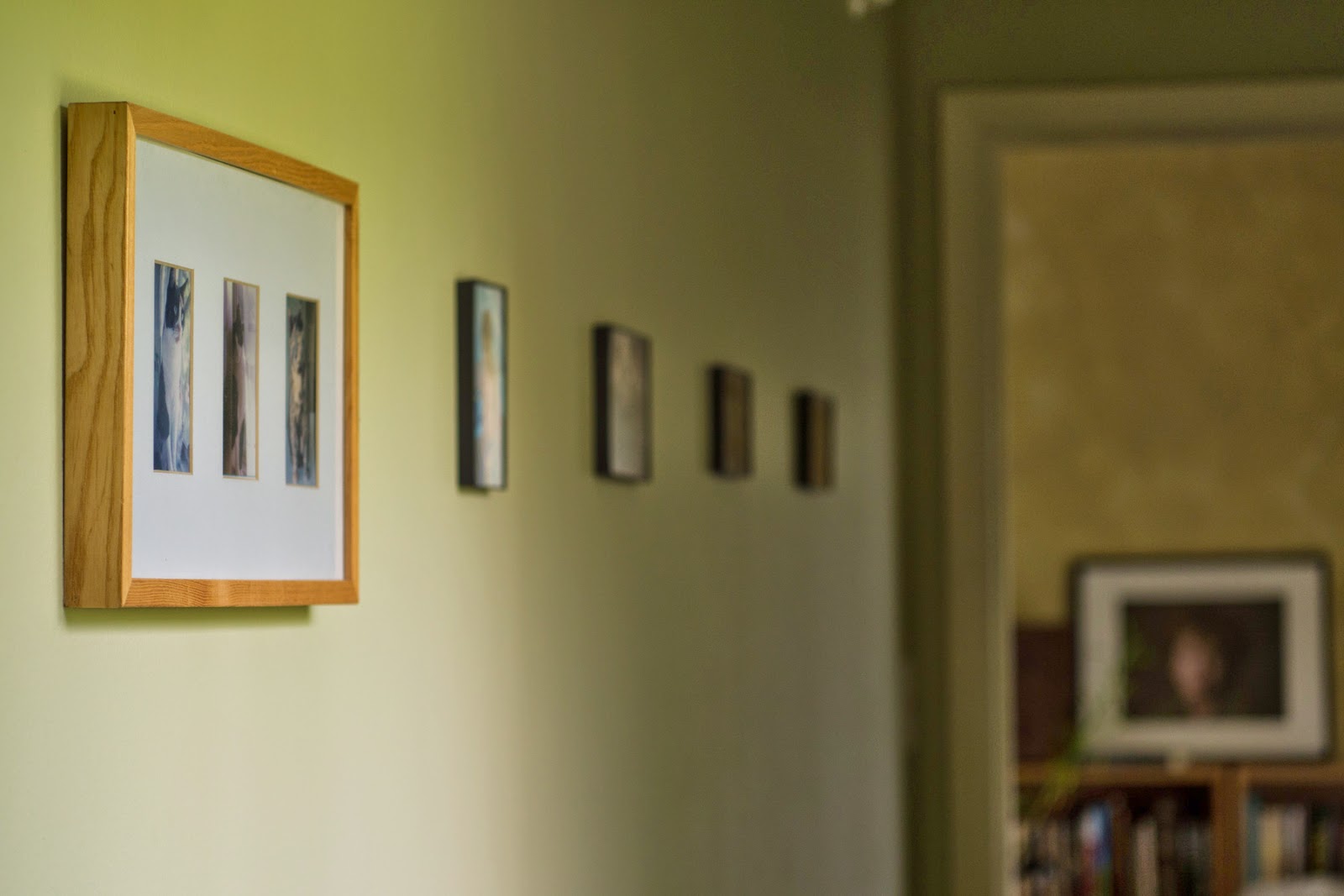 You can tell this is the home of an "older generation" photographer because there are more framed photographs in the house than there are plasma screens or LED television sets. But I can't judge whether that is a good thing or a bad thing or if it just "is." 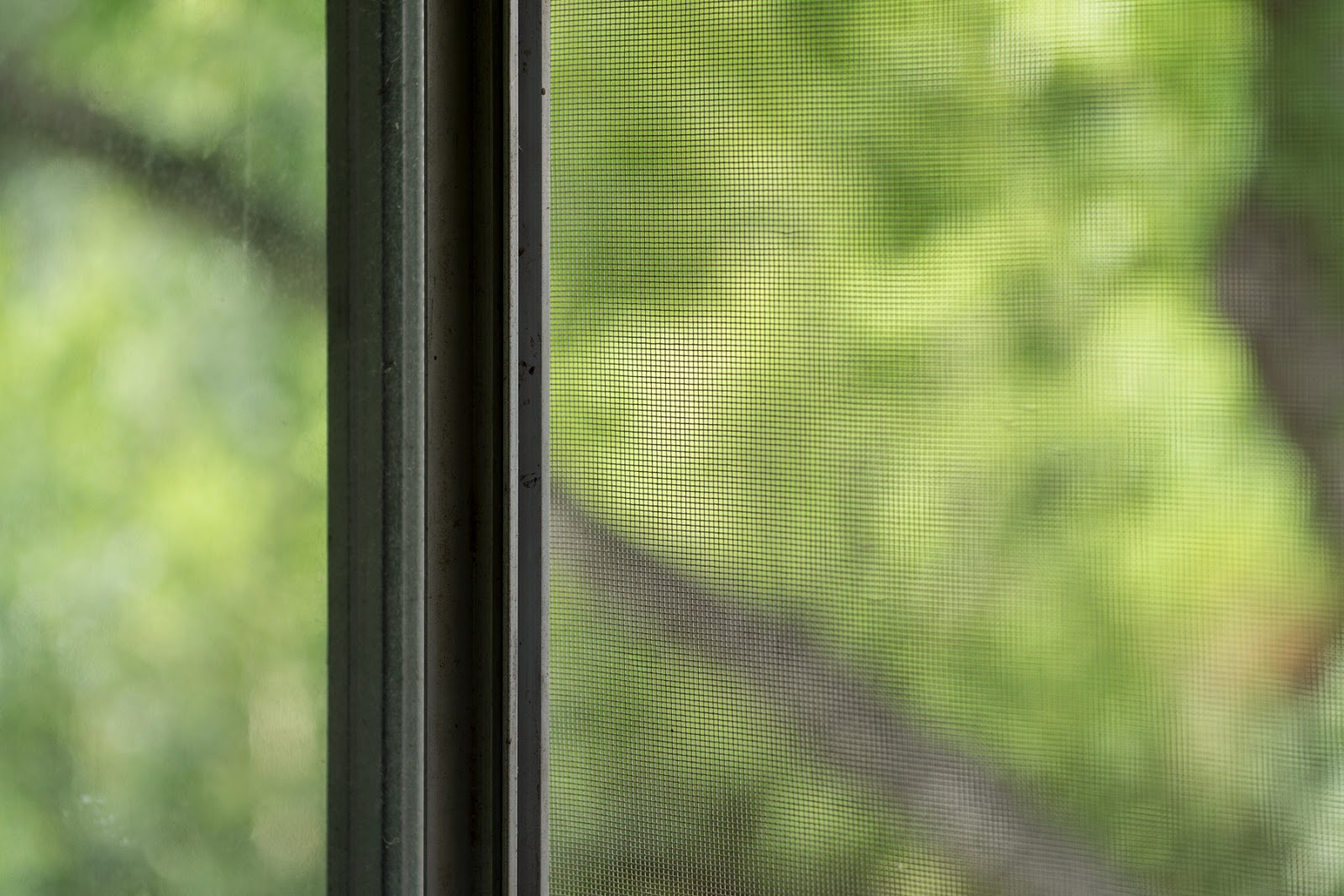 And what lens test would be complete without a diagonal shot of a window screen with the background out of focus? Every day the Studio Dog and I are in battle over who will get the sacred chair. The rules in the family are that if someone is already there you can't move them. The dog seems to have radar to sense the times that I want to sit in the reading chair. I tried sitting on the floor trying to make her feel guilty. She doesn't understand guilt and sees my capitulation as an invitation to nap. Not even a stalemate.... 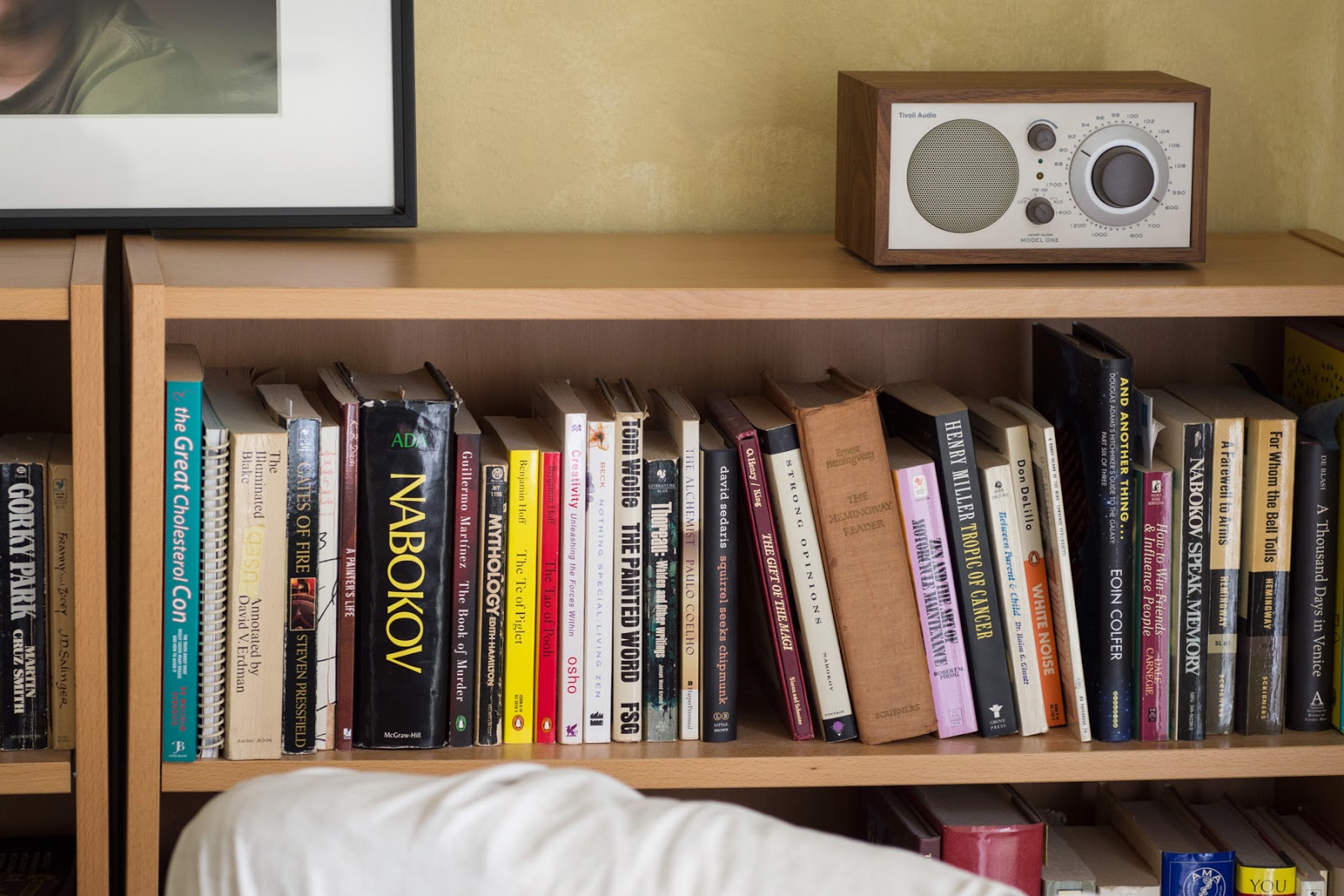 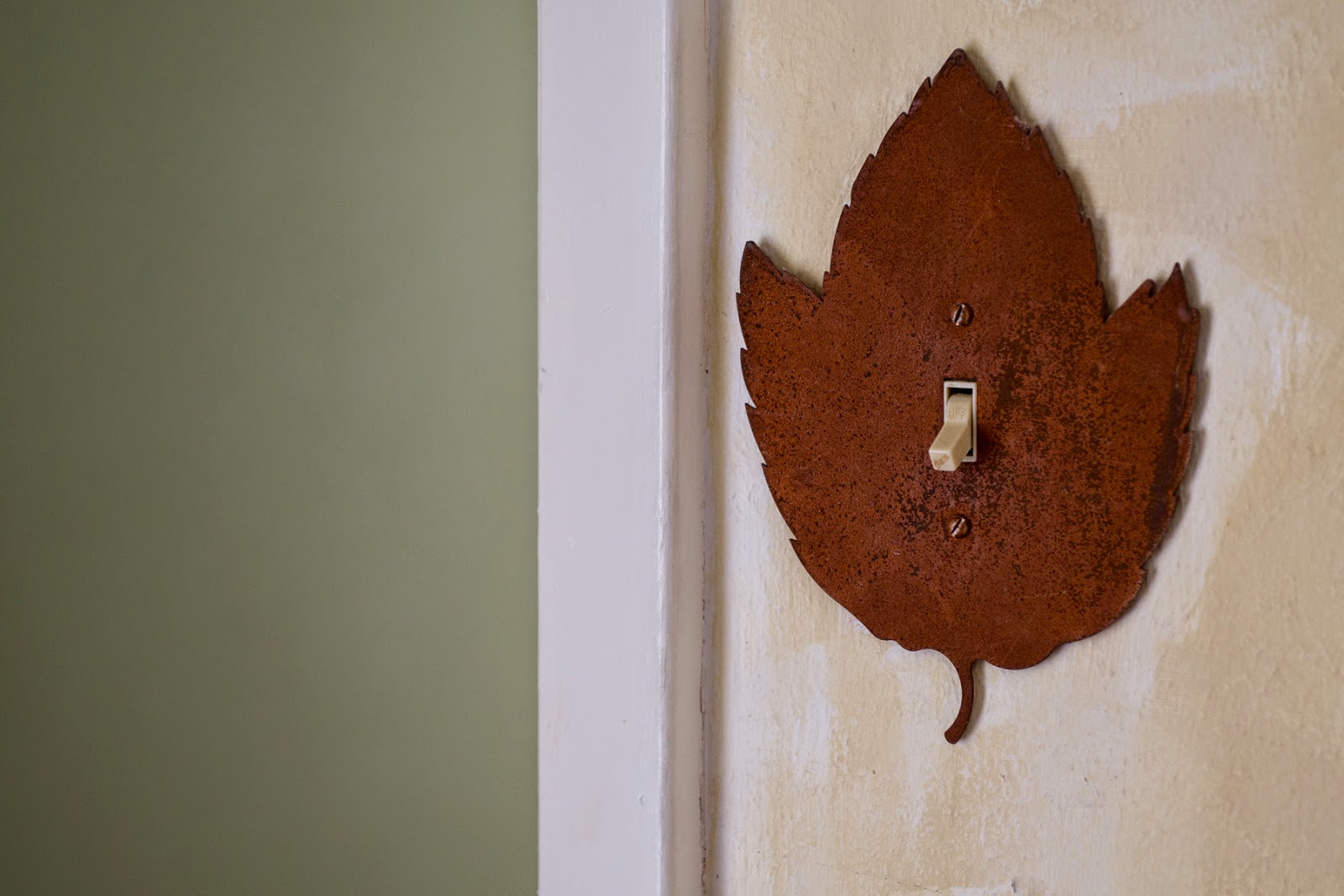 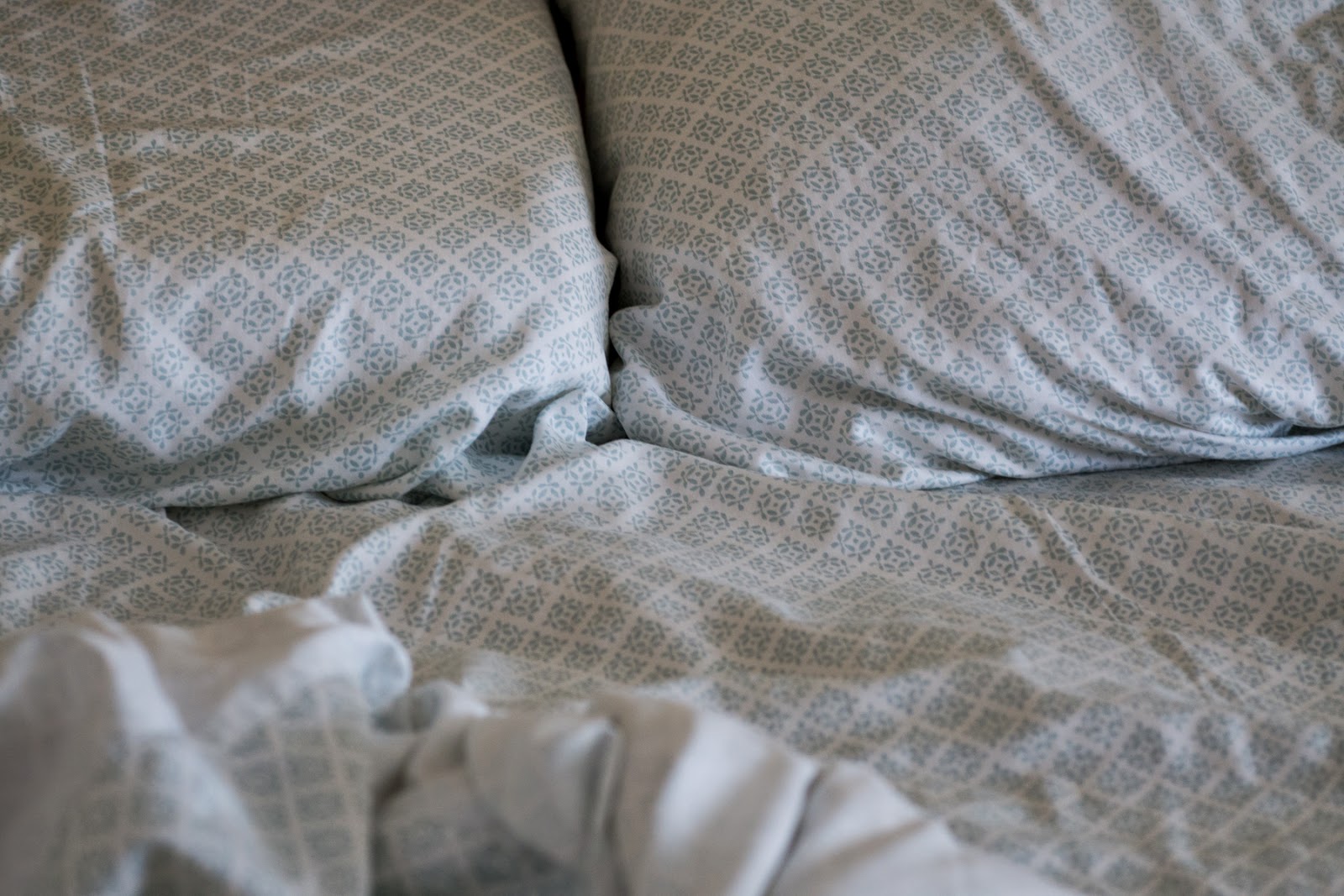 It was my turn to make the bed. I forgot. 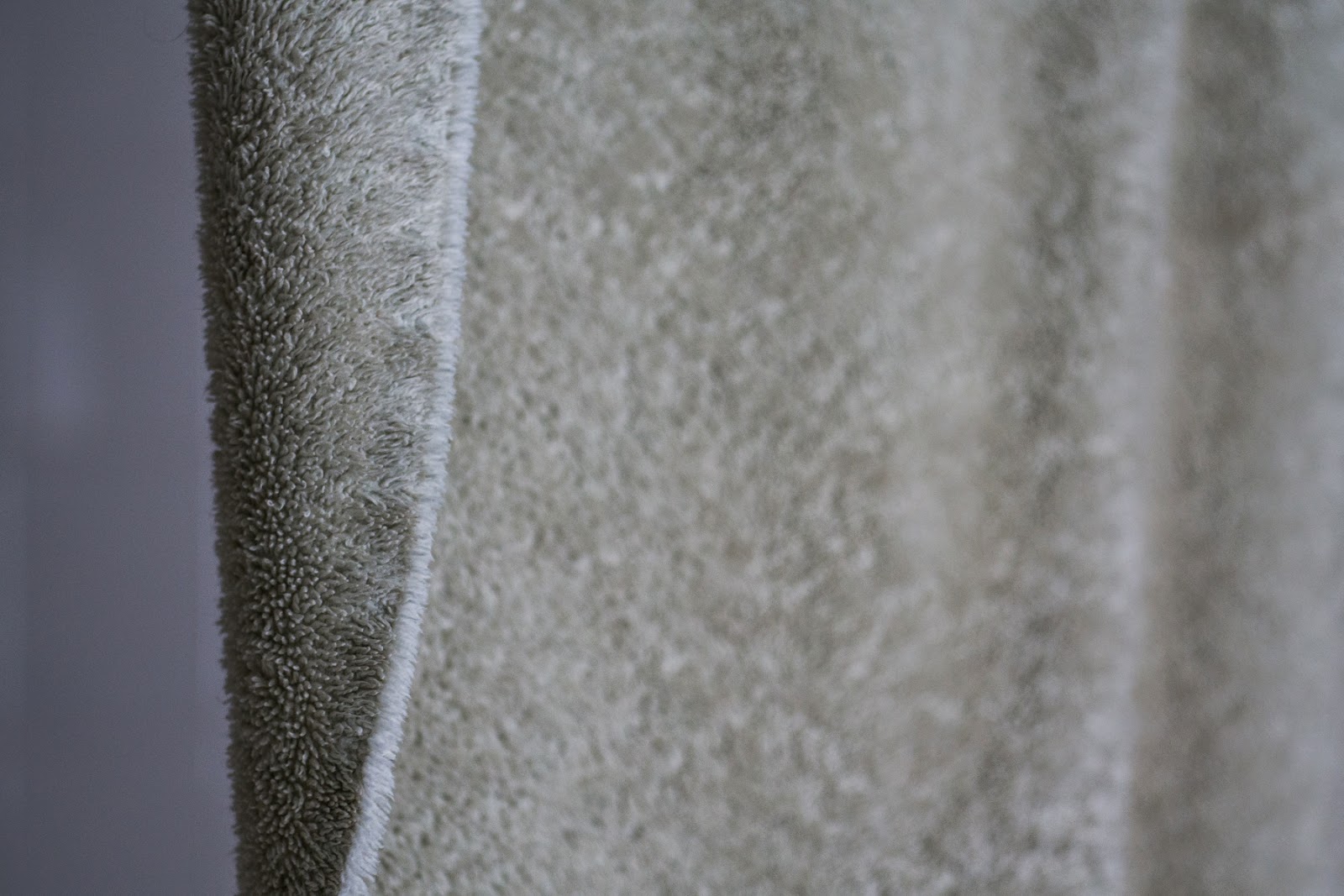 Playing with focus and the edge of my towel. The 60mm focal length is captivating. I already have the Olympus high speed version but I talked myself into this one because there are times when I want autofocus and program. But I can't recall when... 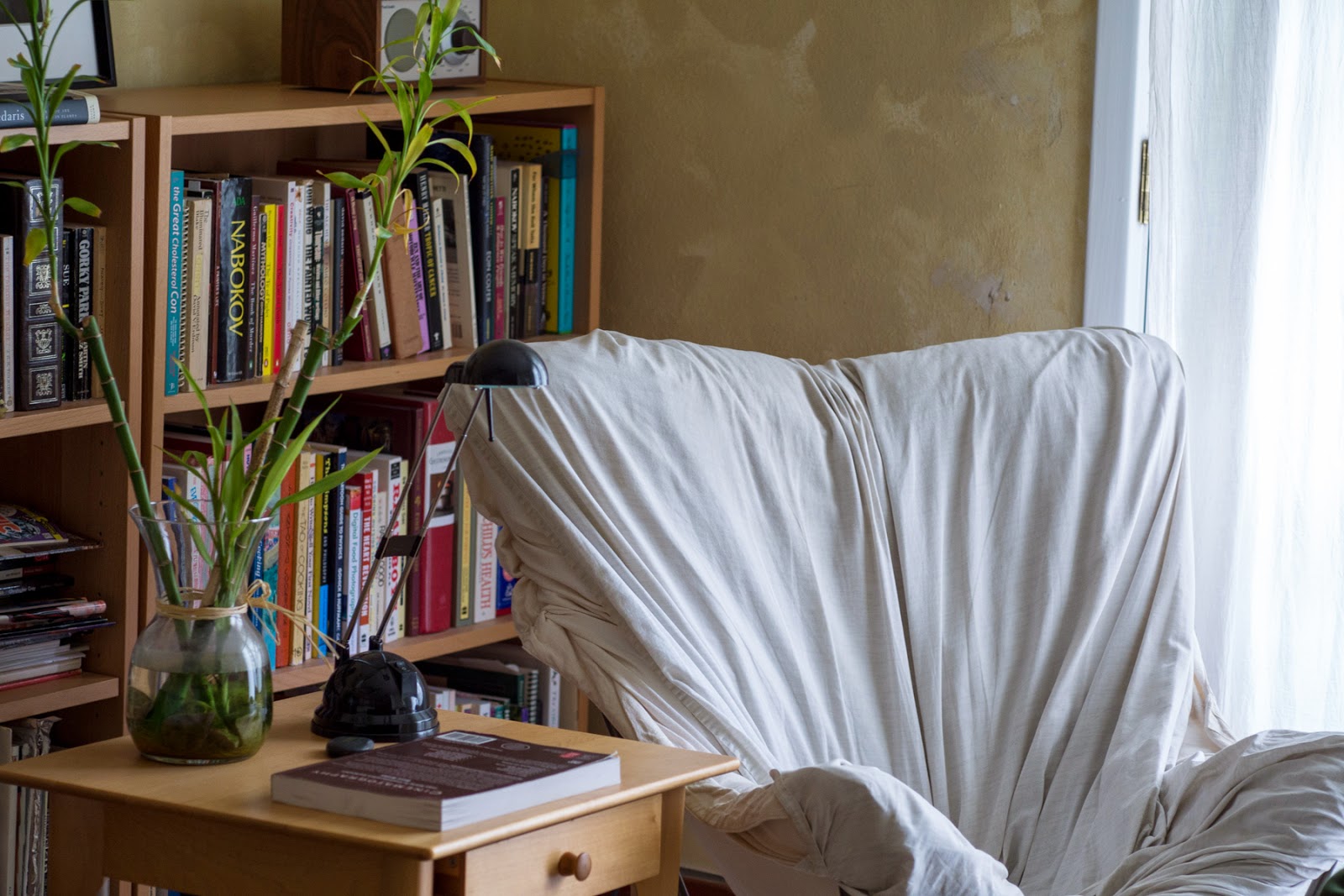 This old white chair, in this corner, is my favorite reading spot in the whole world. I can read by the light coming through sheer curtains from two, big French doors and I can see all the way down the long hallway to the front door. 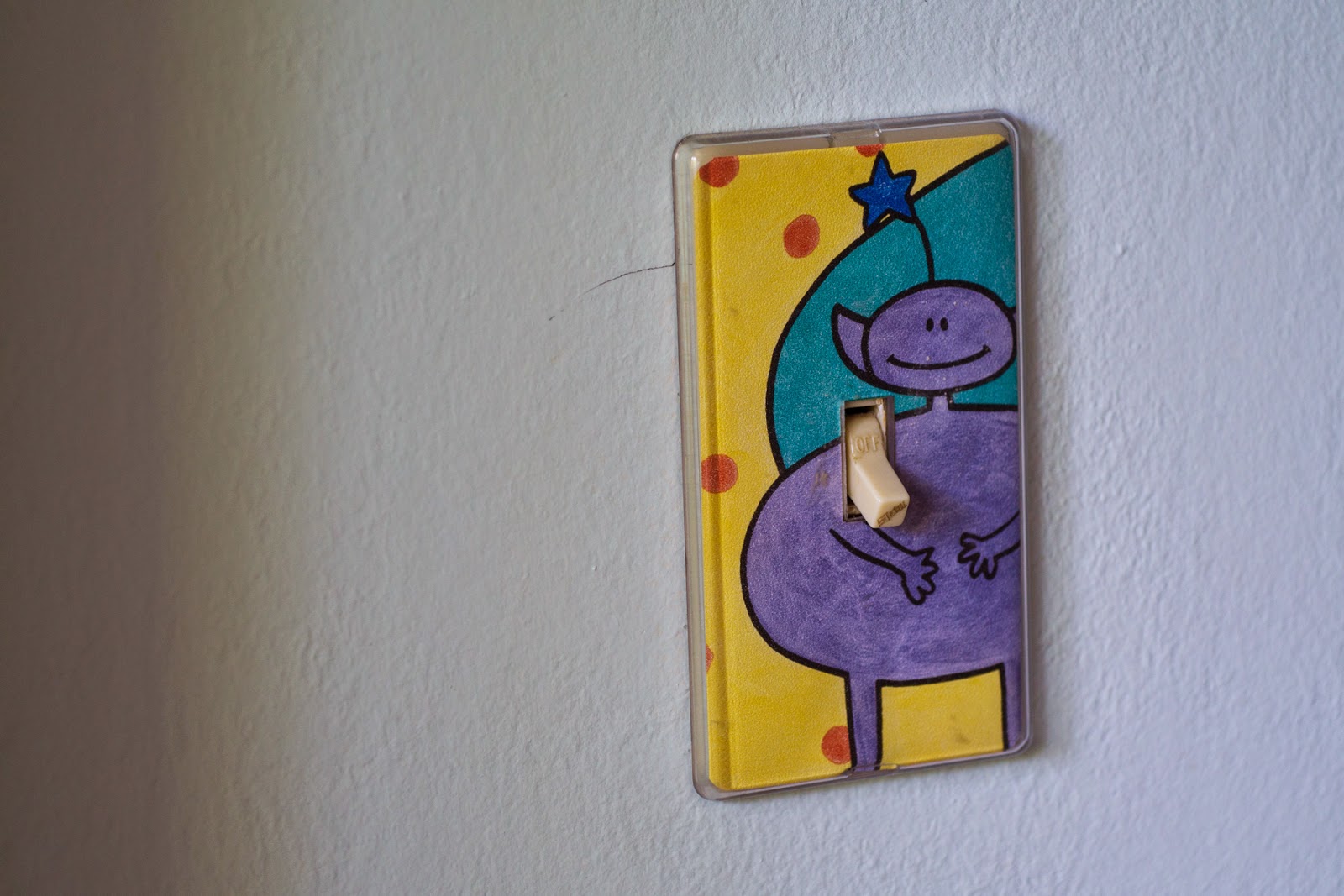 Light switch installed for the boy about twelve years ago. 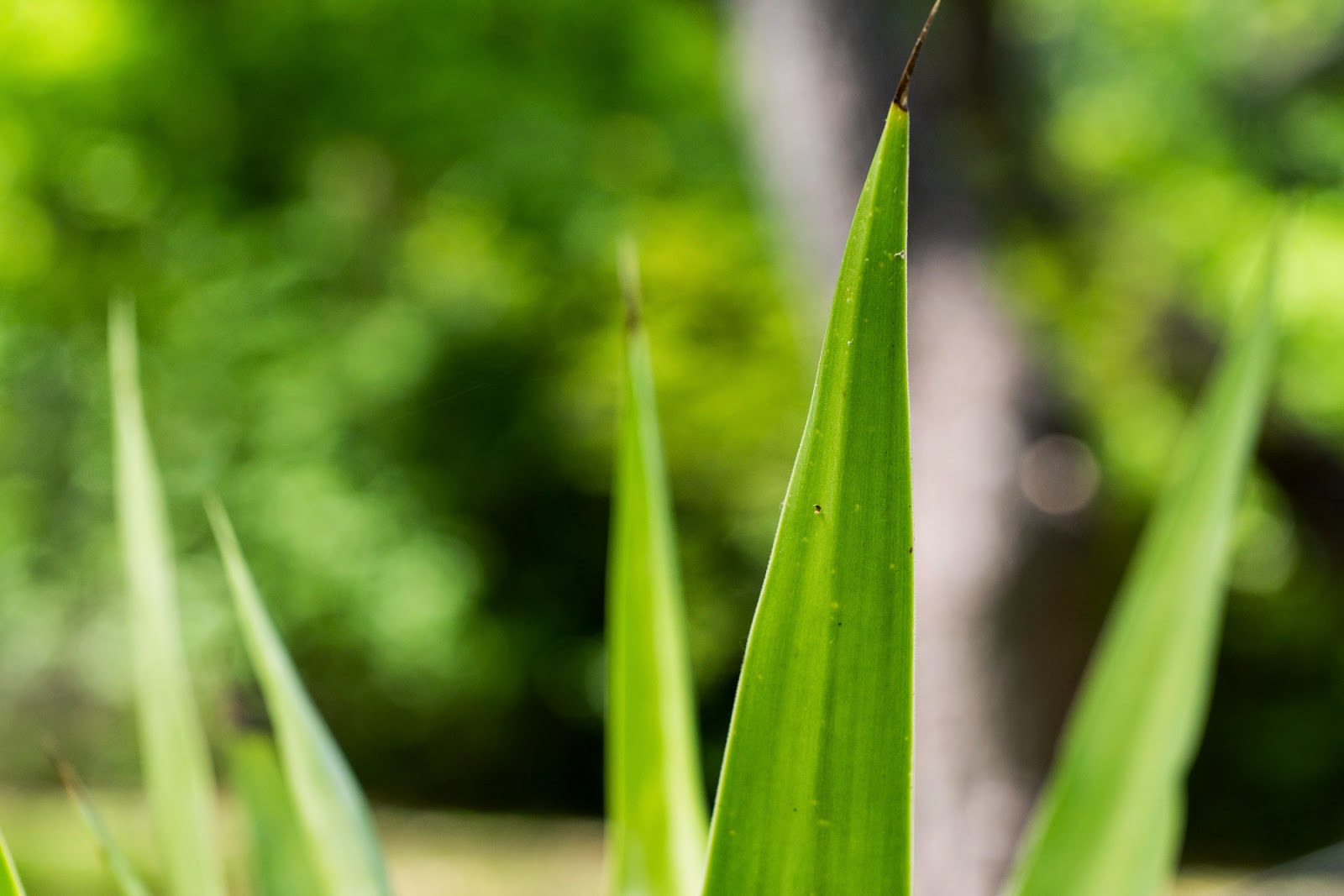 The one plant Belinda and I have been unable to kill for more than 28 years.

My assessment of the lens? Small, fast, sharp, cheap and able to do nice tonalities. Get one now for your small camera. If you are still using a monster camera you are out of luck on this front...