Can we talk about lighting for a second? I mean isn't that really where it all happens? 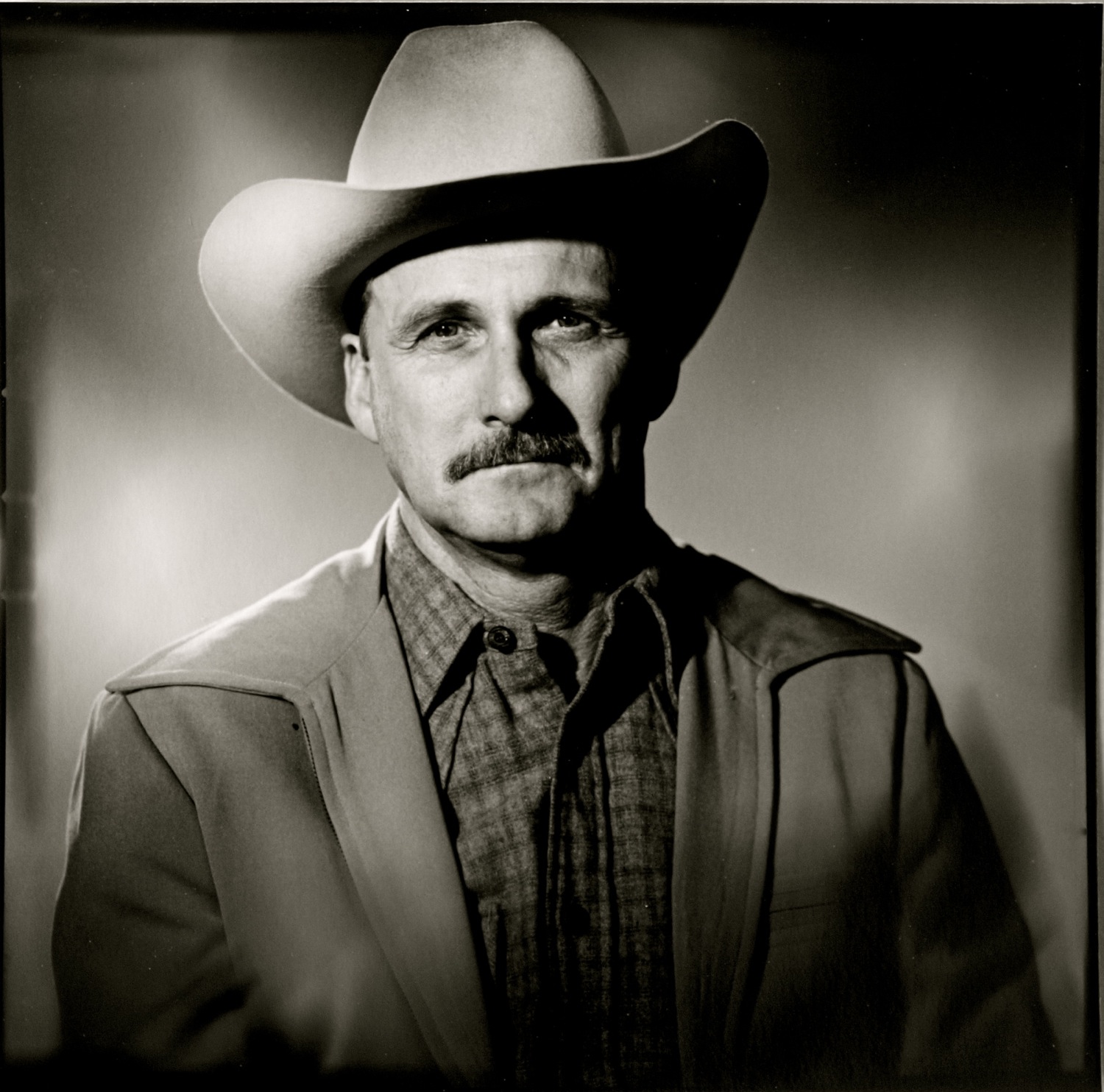 I was thinking about lighting this morning because I was playing around with some flash in the studio and then I switched over to HMIs. But I wasn't just playing around because I was bored I was playing around because on Monday and Tuesday of next week I'll be making stylized portraits of about 96 people. The art director at the agency I'm working with has a very specific post production technique she'd like to use and I wanted to make sure we would be delivering exactly what she needed to make it all work.

I talked the project over with the account manager and she sent me along to the production specialist who would be doing the actual post production on the files. This is always good. When you go to the source you get the best information and it's the kind of information you can really use.

The entire conversation was about light. We talked specifically about the backgrounds and we talked about getting very little variation in the white seamless we'd be using. The specialist wanted the exposure on the white to "just tip over" into 255 but not be so bright as to throw bounced light forward onto the subject. Why? We are trying to hit a perfect level of deep, contrasty shadowing along with bright areas of flesh tone. It's pretty critical to the look we're trying to achieve.

We're going to end up doing the shoot with four lights in silver umbrellas with black backing on the background. We'll flag those lights with black, 4x4 foot panels to kill lens flare which would lower the contrast. While we're at it we'll "fly" a black flag over each subject's head for the same reason.

We played around in the studio with a number of versions of the main light but ended up with the 28 inch raw beauty dish at a specific angle. We'll use a two stop net to modify the bottom of the light so it falls off a bit quicker from the subjects' faces. We'll also use two black 2x3 foot flags to barn door the beauty dish so we don't have a lot of spill to the side walls in the shooting space. That helps us control contrast as well. You really only want the light to go exactly where you intend it to go! Anything else is just not cool.

I shot a bunch of samples, zipped them and e-mailed them to my collaborator in Dallas. We talked through the look and feel on the phone and he gave me his feedback (which was good and good).

I was about to say, "What was missing from this very serious discussion with a very important client?" I was about to say, "Any discussion whatsoever about cameras or lenses or gear brands of anything." But that's not 100% true. There was no discussion of lenses at all. But the specialist did ask me what type of camera I was planning on using. I told him he had his choice between Nikon, Olympus, Panasonic or Samsung but that's not what he was getting at. He didn't particularly care which camera we used but we'd need to send him the raw files for the kind of post production he has planned and wanted to make sure that whatever camera we used was represented in the raw converters in Adobe Photoshop and Lightroom. Seems someone had handed him some Phase One files that he couldn't convert in his usual programs. No one wants to stop, buy a new piece of software and learn to use it well in the middle of a project.

Once we discussed the fact that all the cameras I'd consider using have been mainstreamed into the Adobe workflows many months or years ago all discussion of cameras immediately stopped and we moved back to important considerations like the look, feel and posing of the images. You know, the stuff that makes a difference to the audience.

What do professionals colleagues talk about when they discuss most upcoming photo shoots? Just about everything but cameras. And that's just the way it should be.
Posted by Kirk, Photographer/Writer at 16:46 7 comments:

Kirk stumbles on numbers in a previous post!!!!! See the corrected numbers! 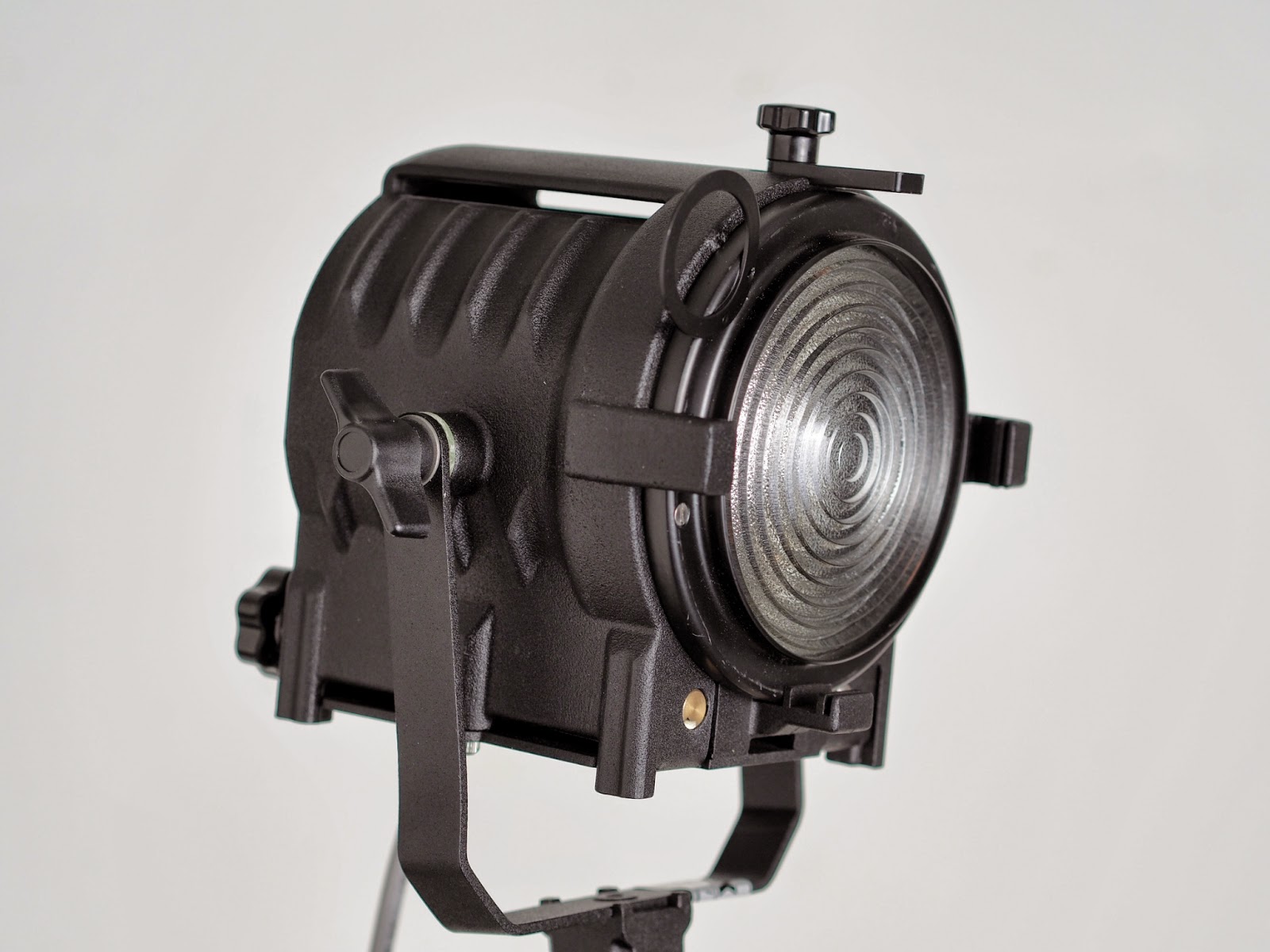 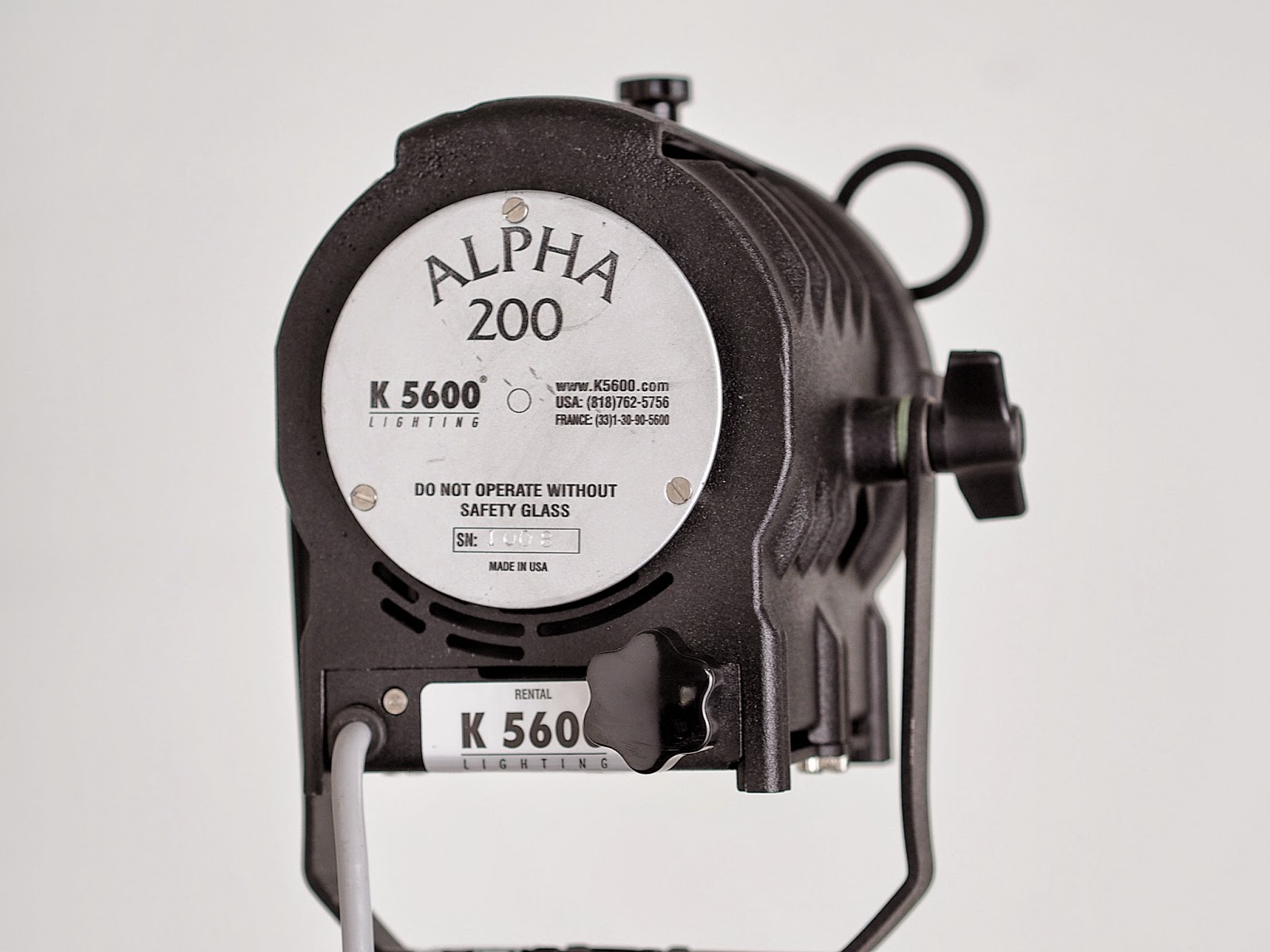 I've been playing with the 5600K Lighting Evo kit (two cool, HMI fixtures and accessories) for over a month now and having a blast. Continuous daylight capable lights are the sweet spot I enjoy most because they enhance the advantages of the "always on" live view of EVF enabled cameras and, well, the light just looks so good. I'd been putting off sending them back to the folks who own em because once you've had great light it's hard to go back to good light. I wrote about them here but I made a big mistake. I put the price tag of the kit, with two fixtures, two electronic ballasts, a bunch of modifying lenses and a case at about $6,000. I got my numbers wrong. The actual price of the kit is a little under $4,000. Seems much more reachable to me. While they are not cheap they are pretty darn incredible and put out quite a bit more lumens than the higher end LED panels along with the benefit of being able to supply a never ending stream of sharp, hard light when you need it.

So, there's my correction. Not $6,000 but under $4,000. Look for an article about a full on shoot with the lights coming soon. Including behind the scenes set up images. Too much fun. And, if you shoot video for a living these puppies will make your knees weak.... 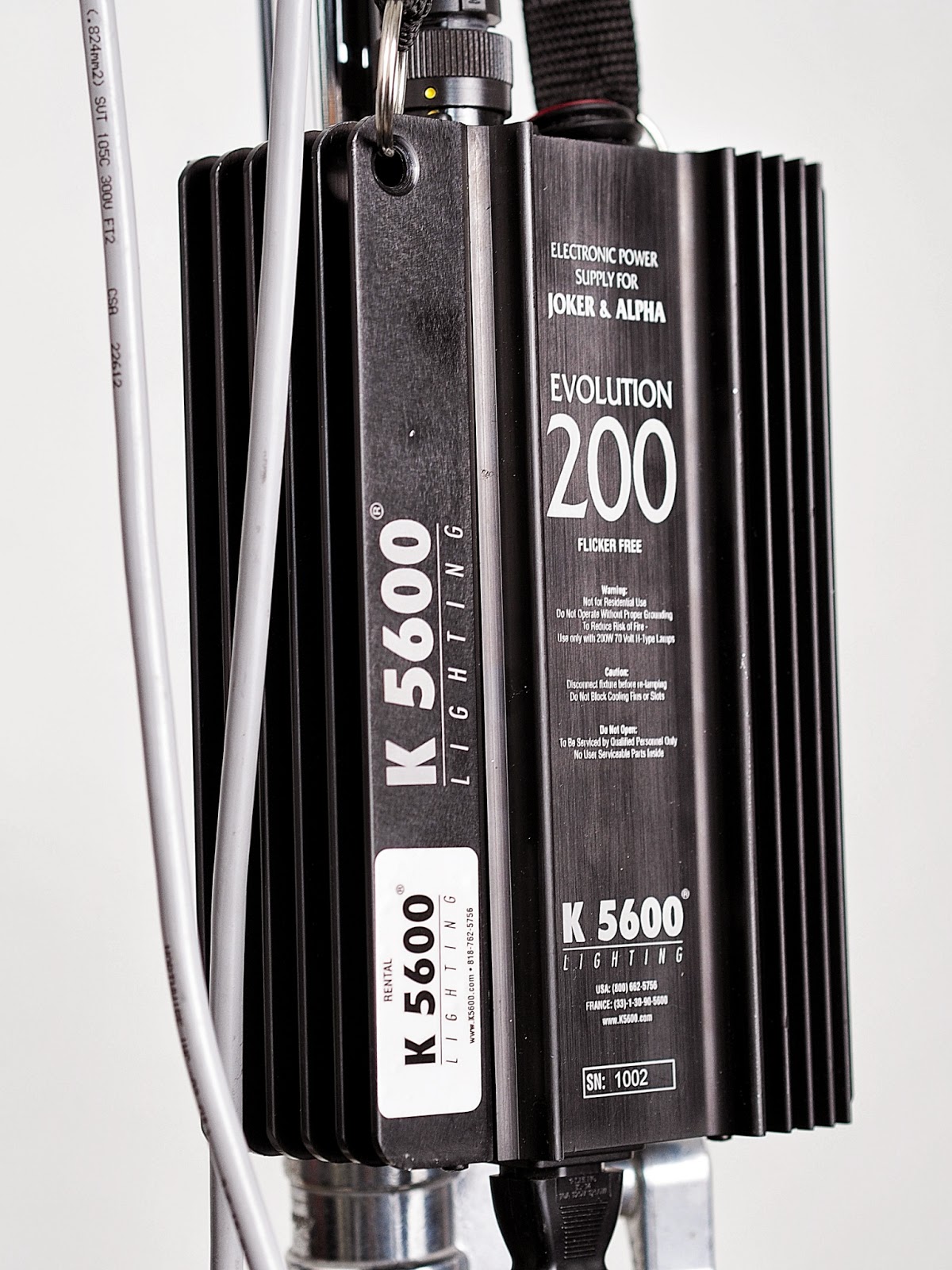 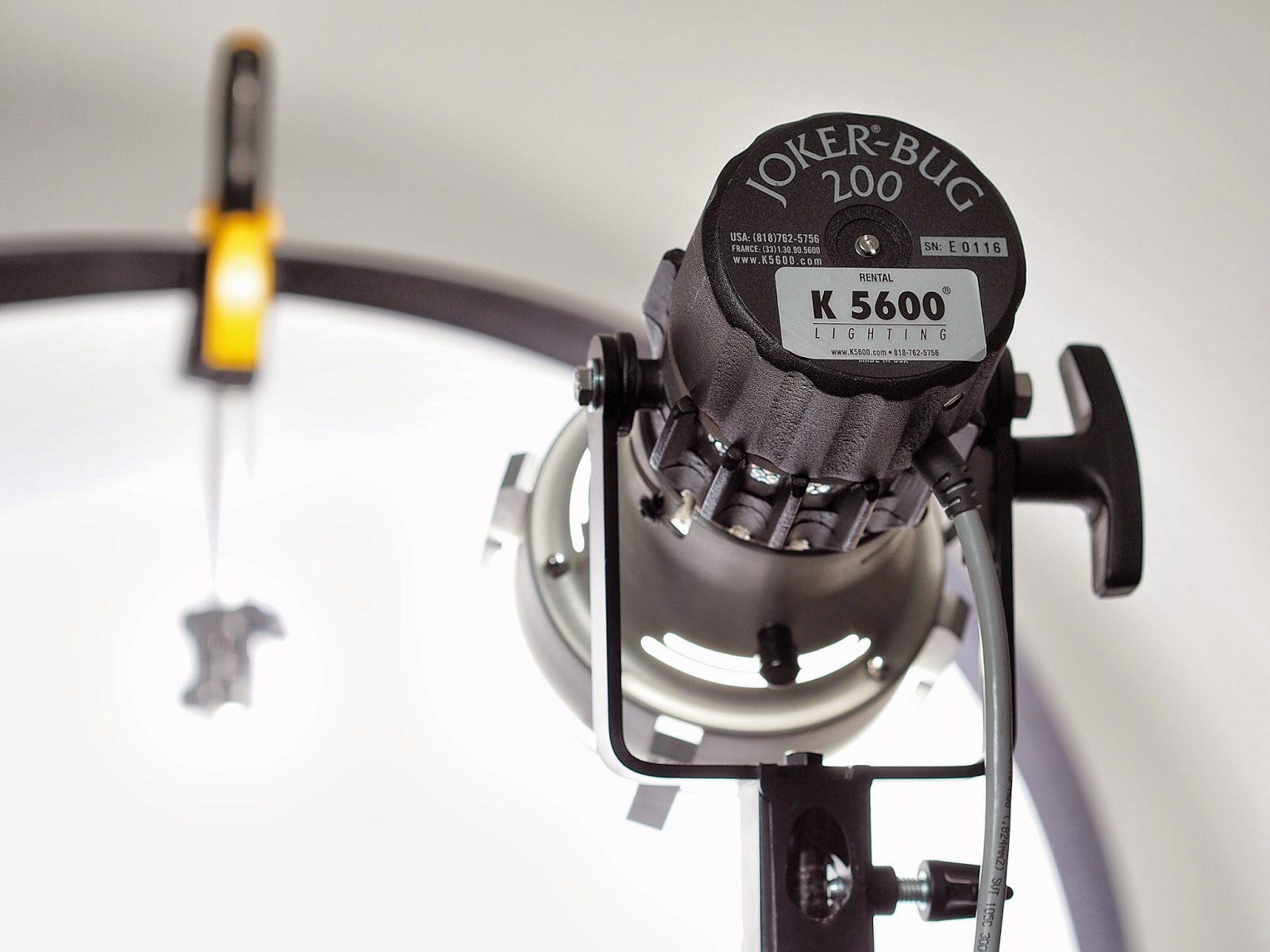 Posted by Kirk, Photographer/Writer at 16:18 No comments: