Real World Testing an Old Lens Just for Fun. And because it was such a nice day outside. 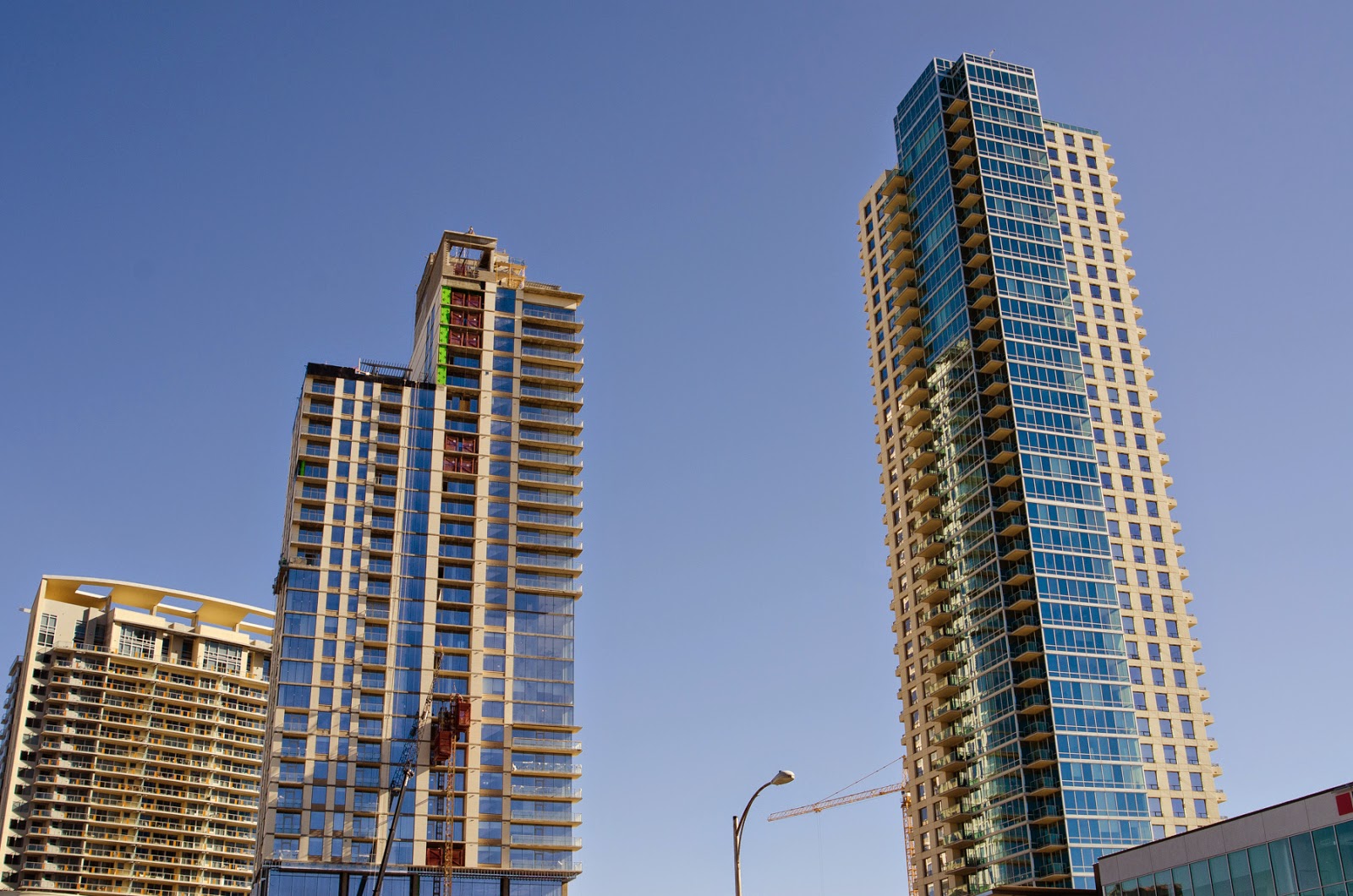 It was in the seventies here today with bright sun and sparse clouds.
I've done my AF fine tuning with the AF lenses but I wanted to
get out, walk around and see how another lens I recently bought
actually performed.

The color is different than my newer lenses. So is the contrast rendering.
But the resolution is very high.
At f8.0 I suspect nearly every lens is beautiful.
That's all I cared about in my shooting today. 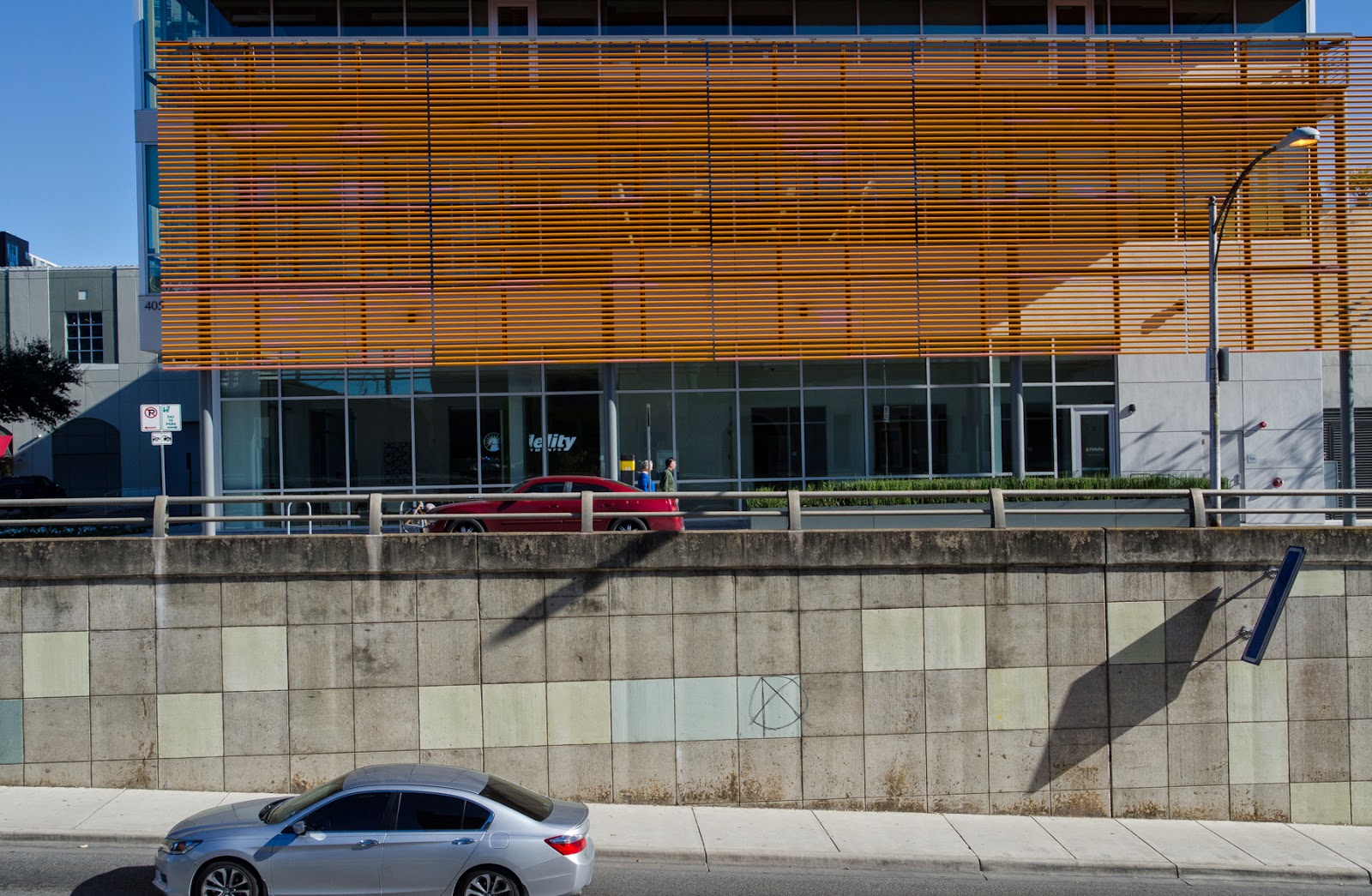 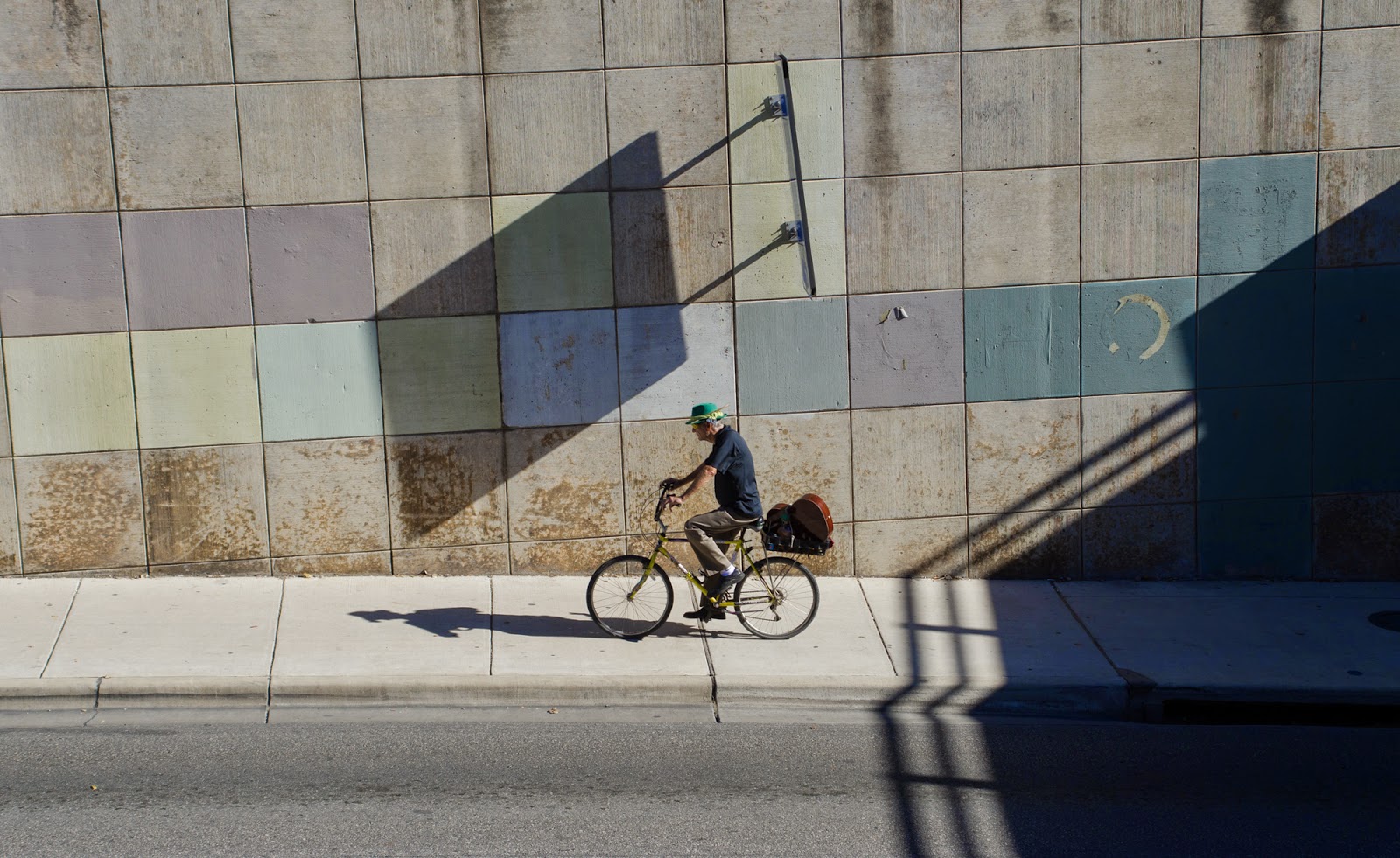 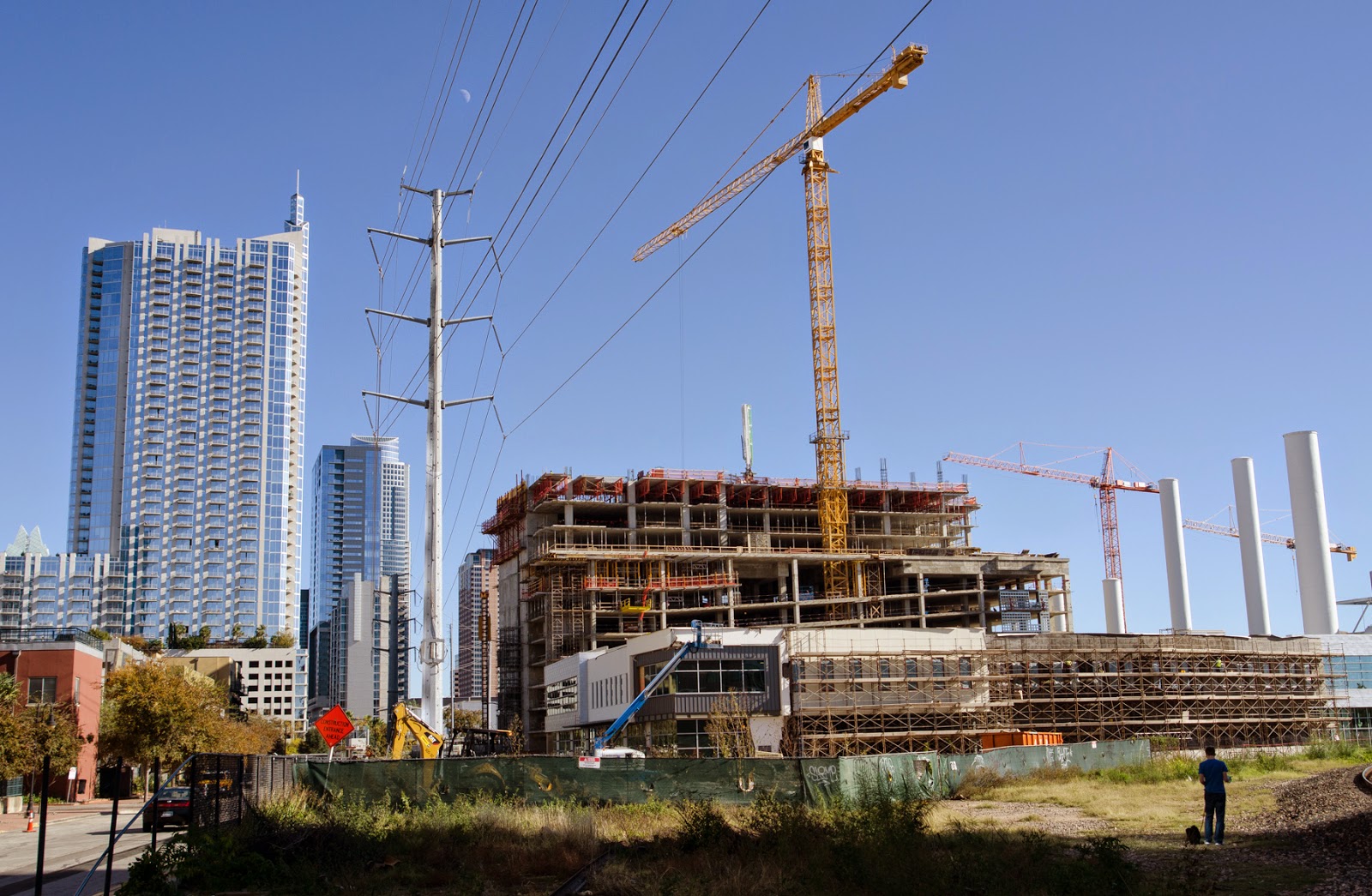 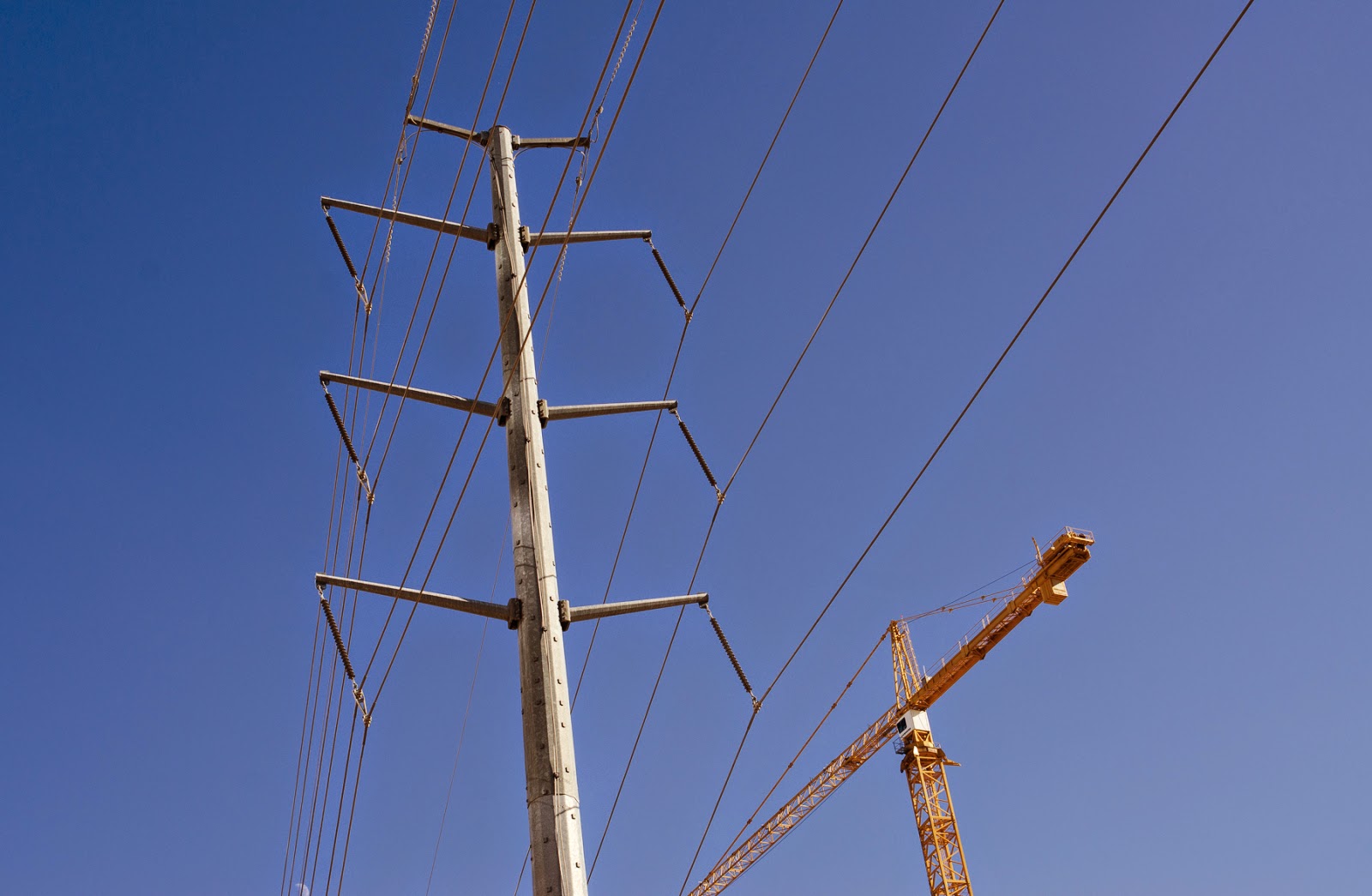 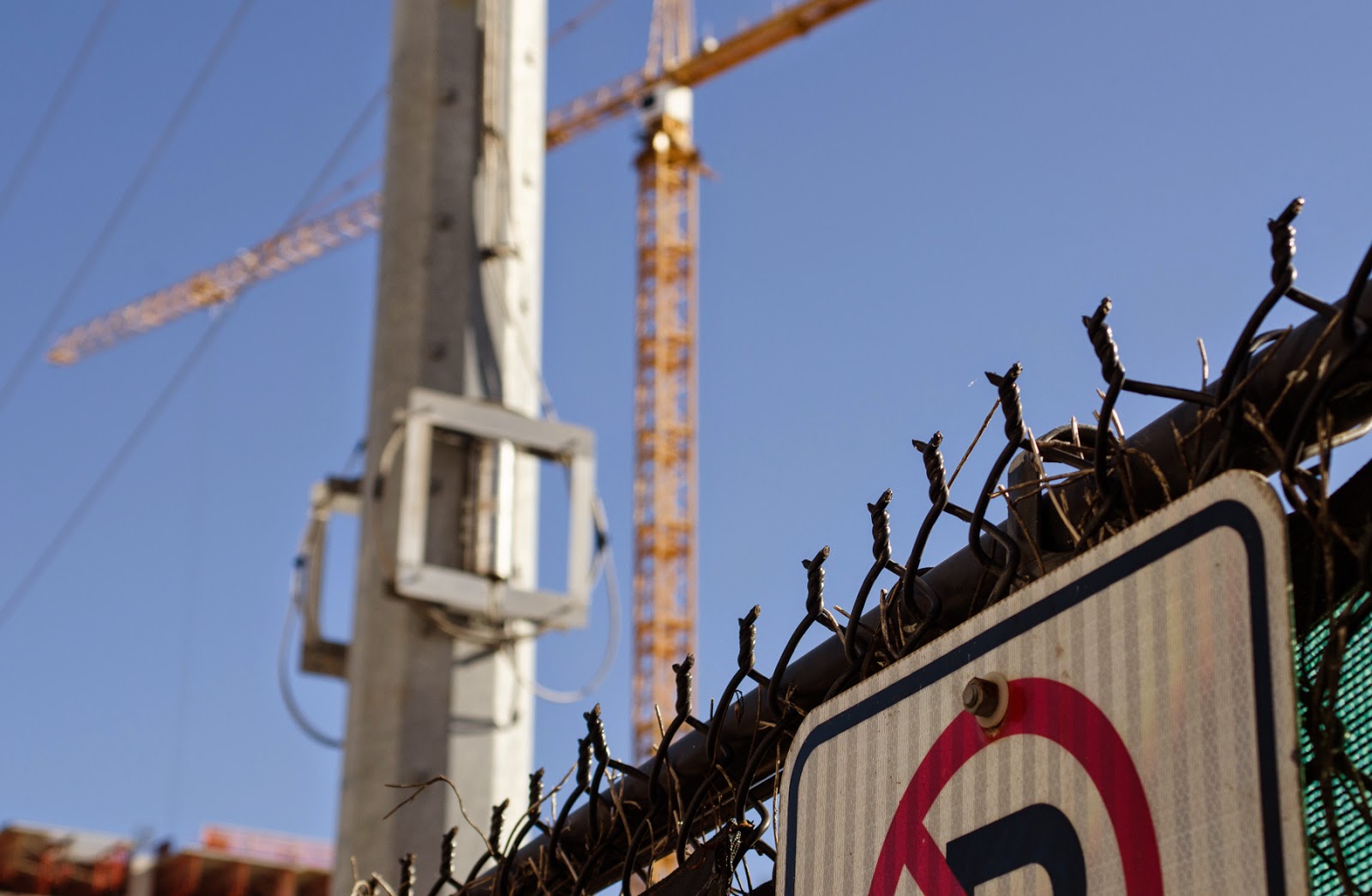 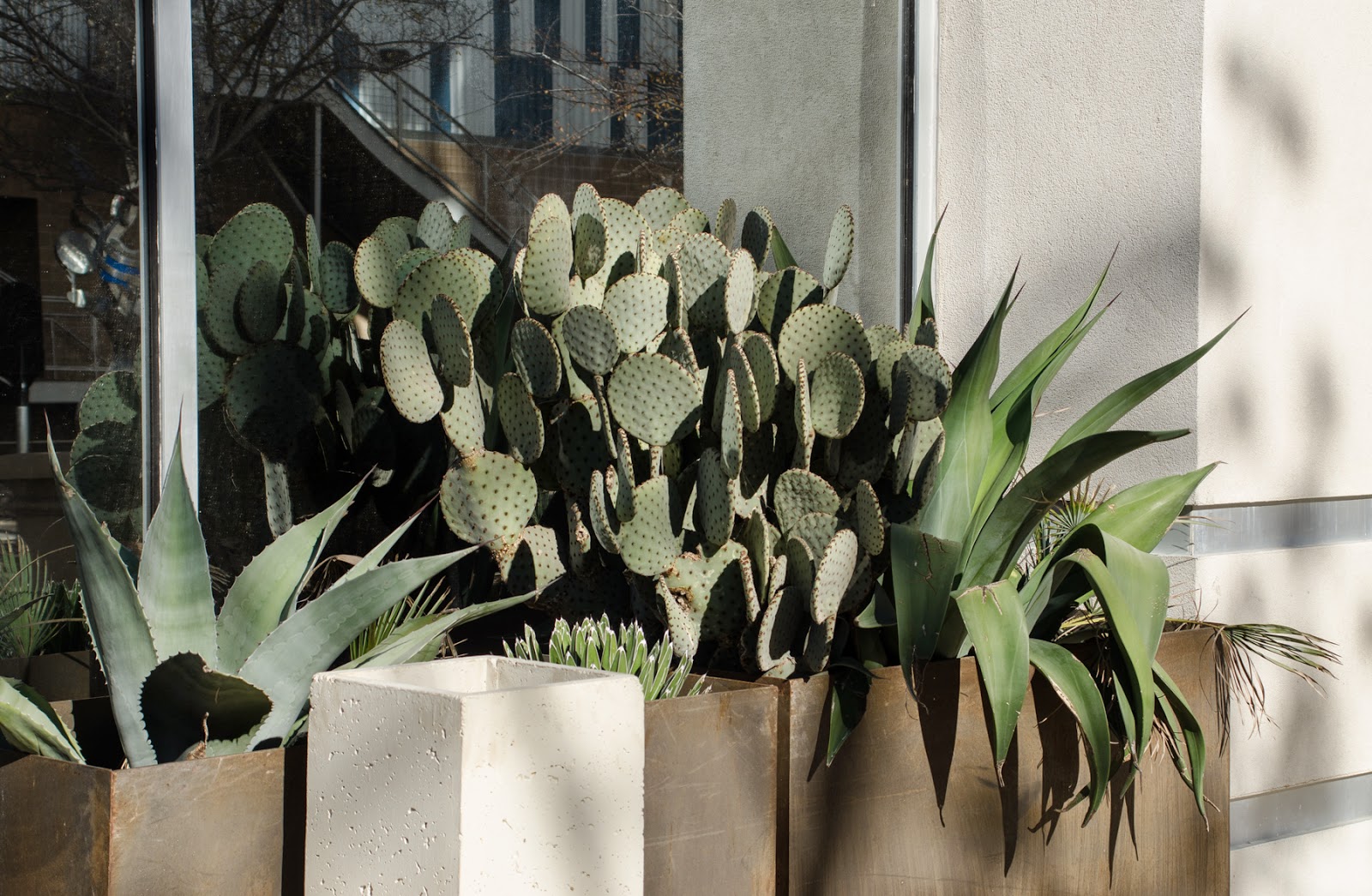 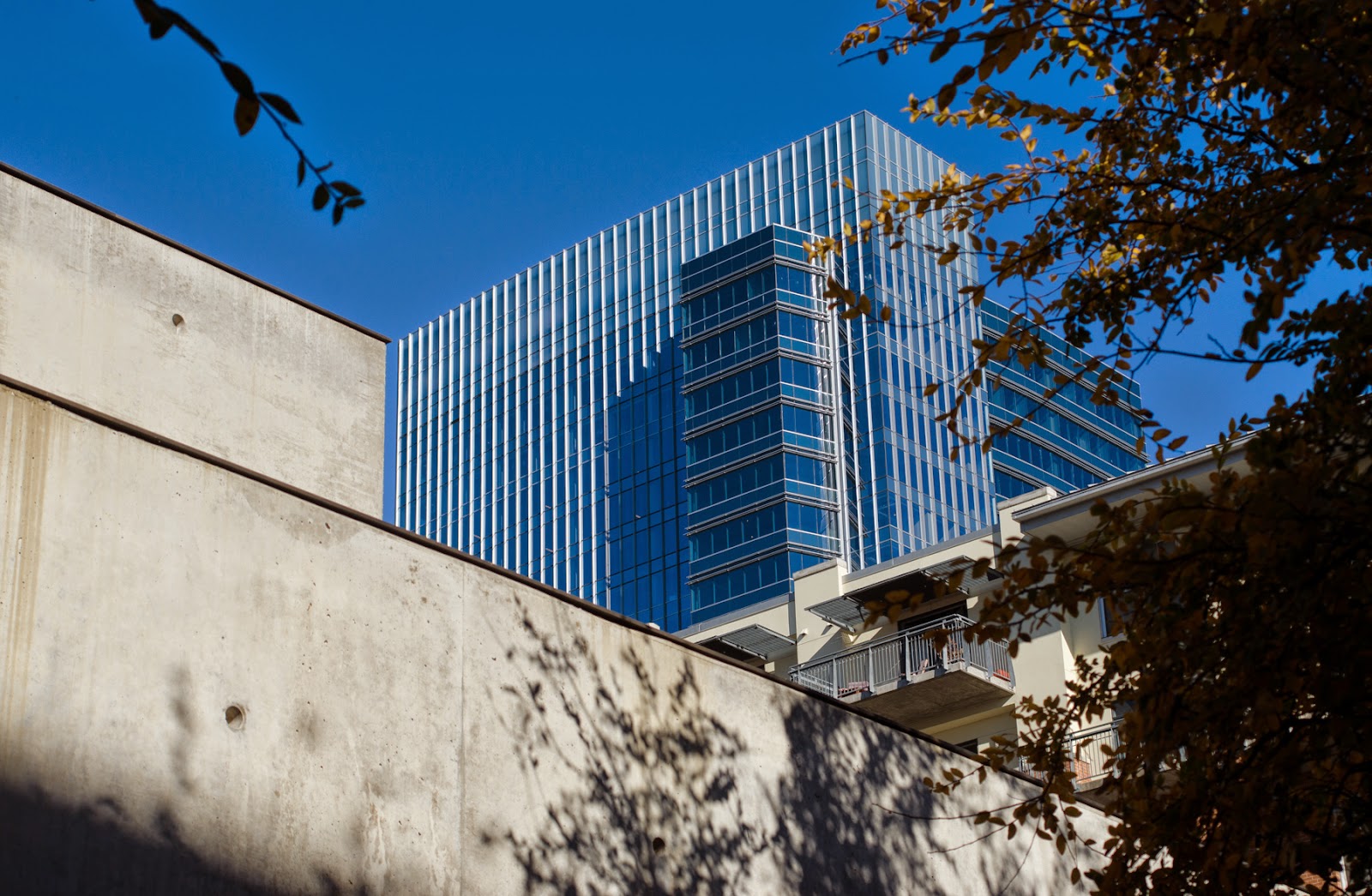 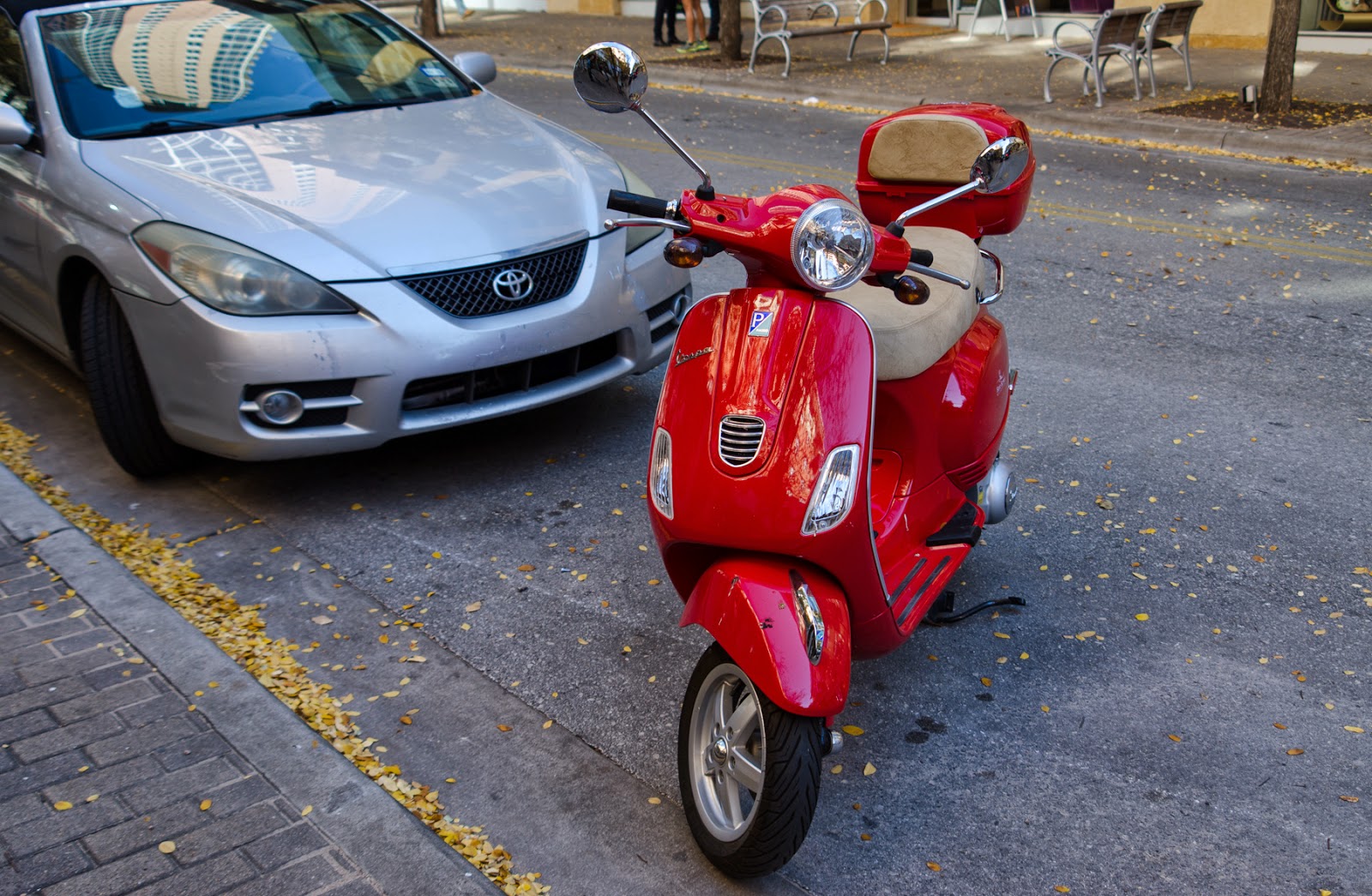 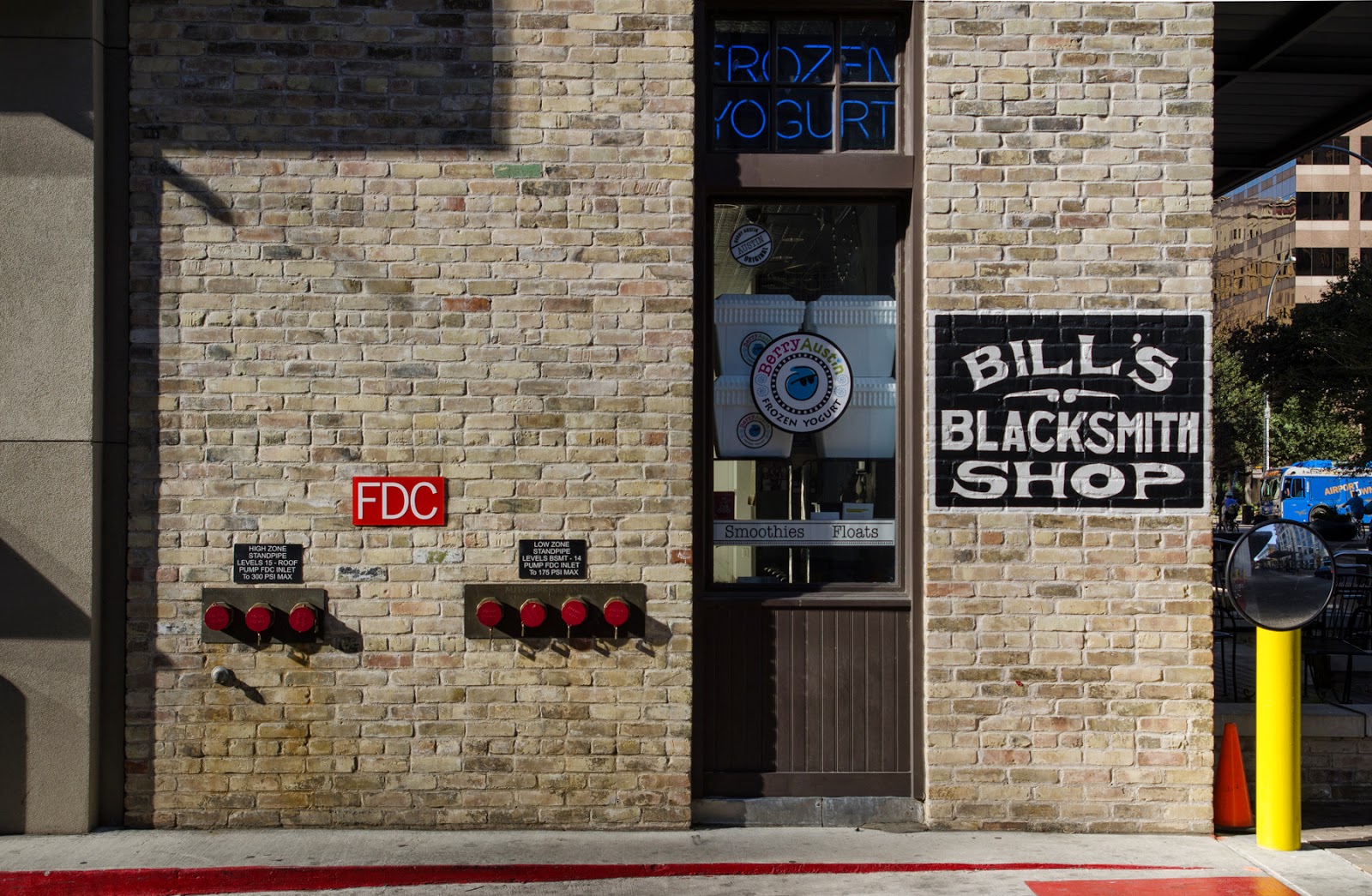 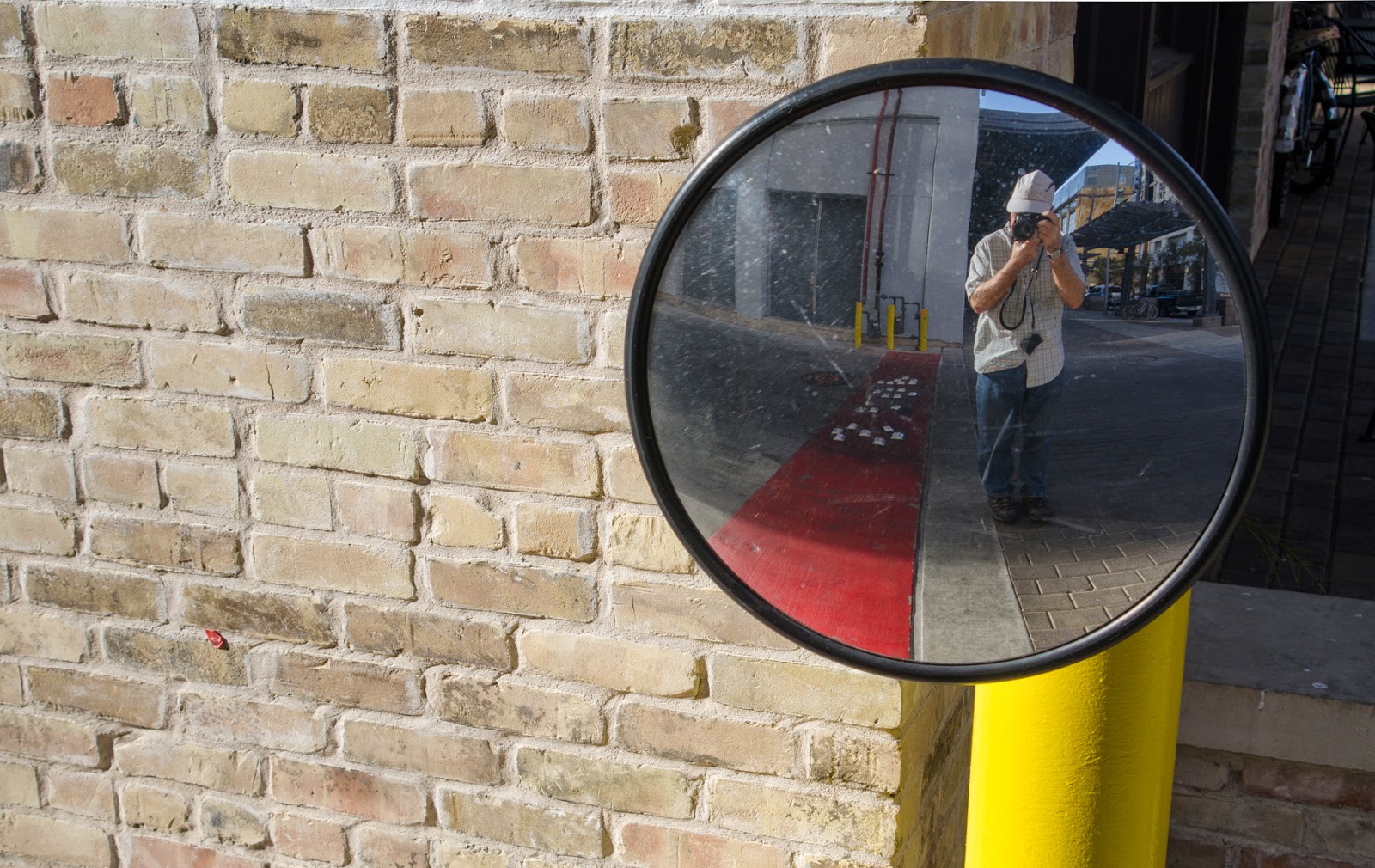 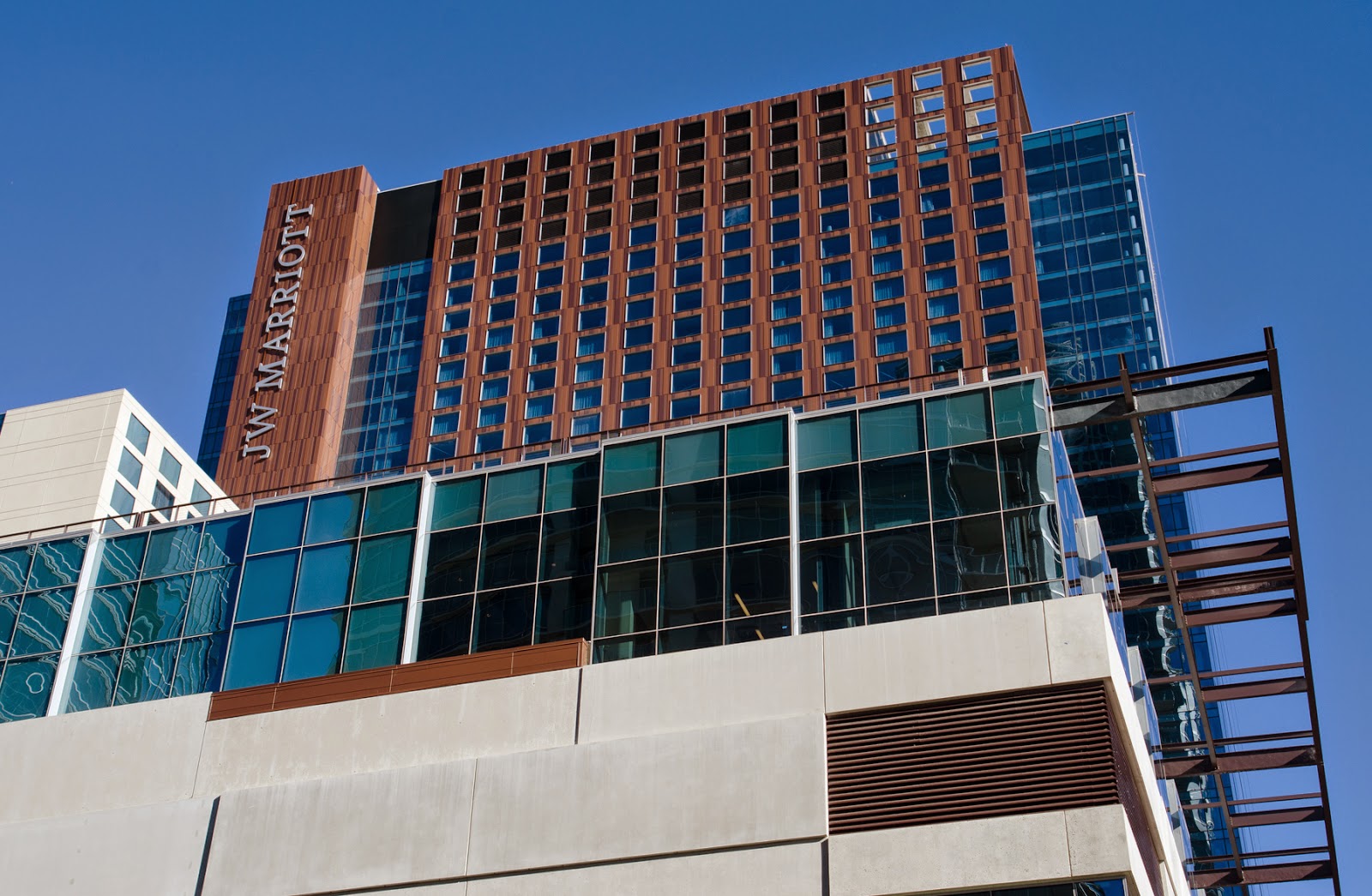 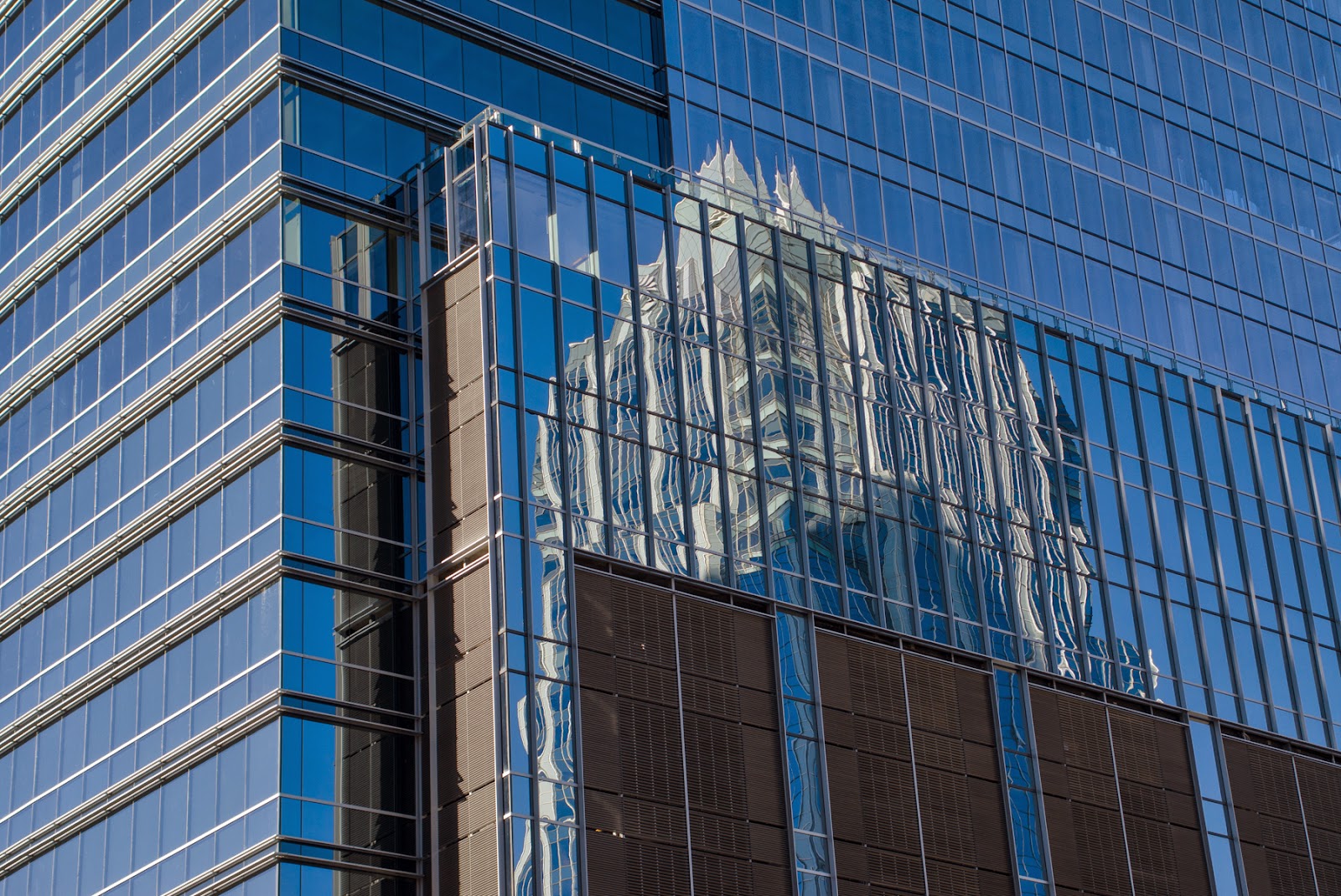 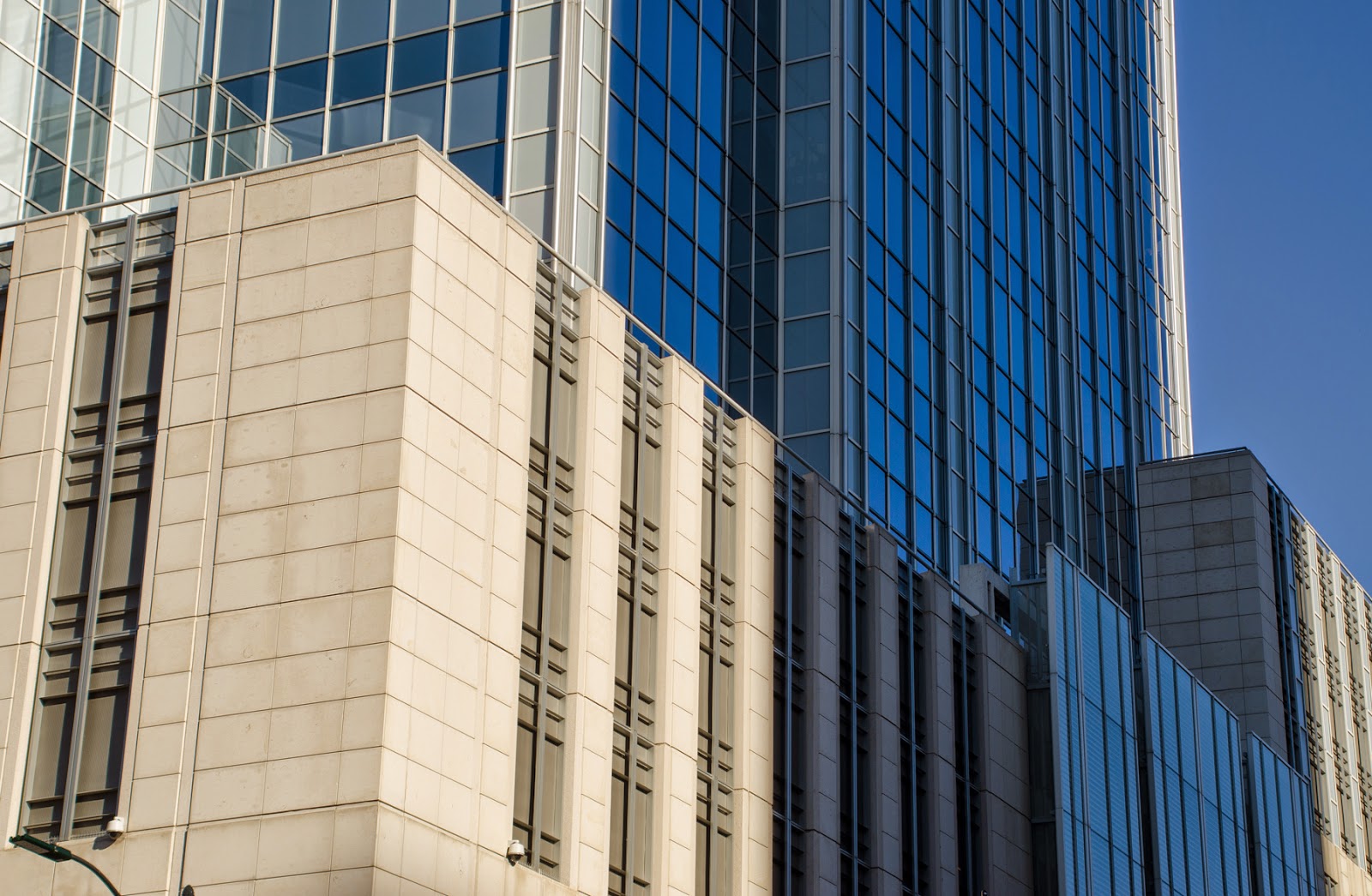 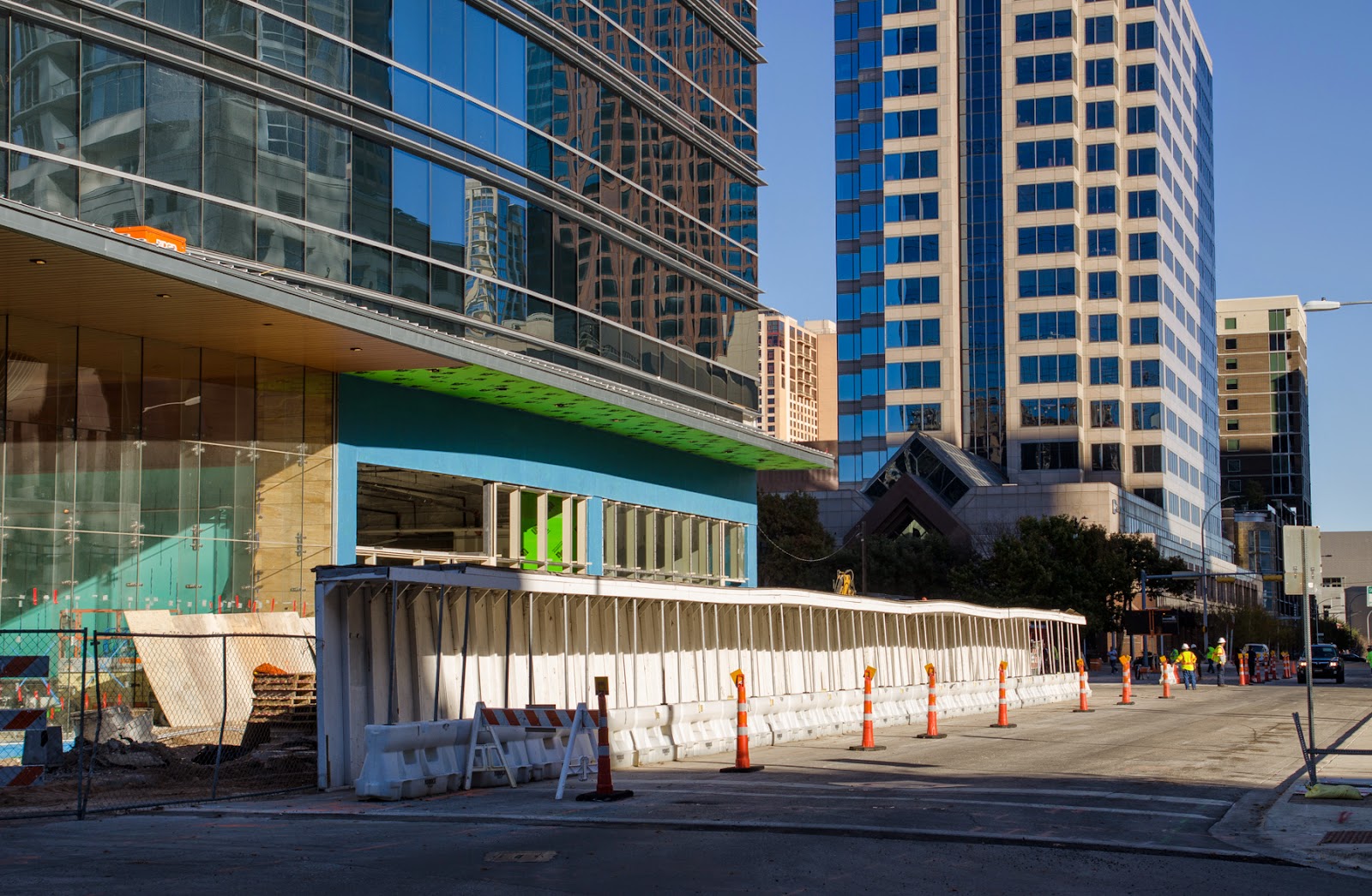 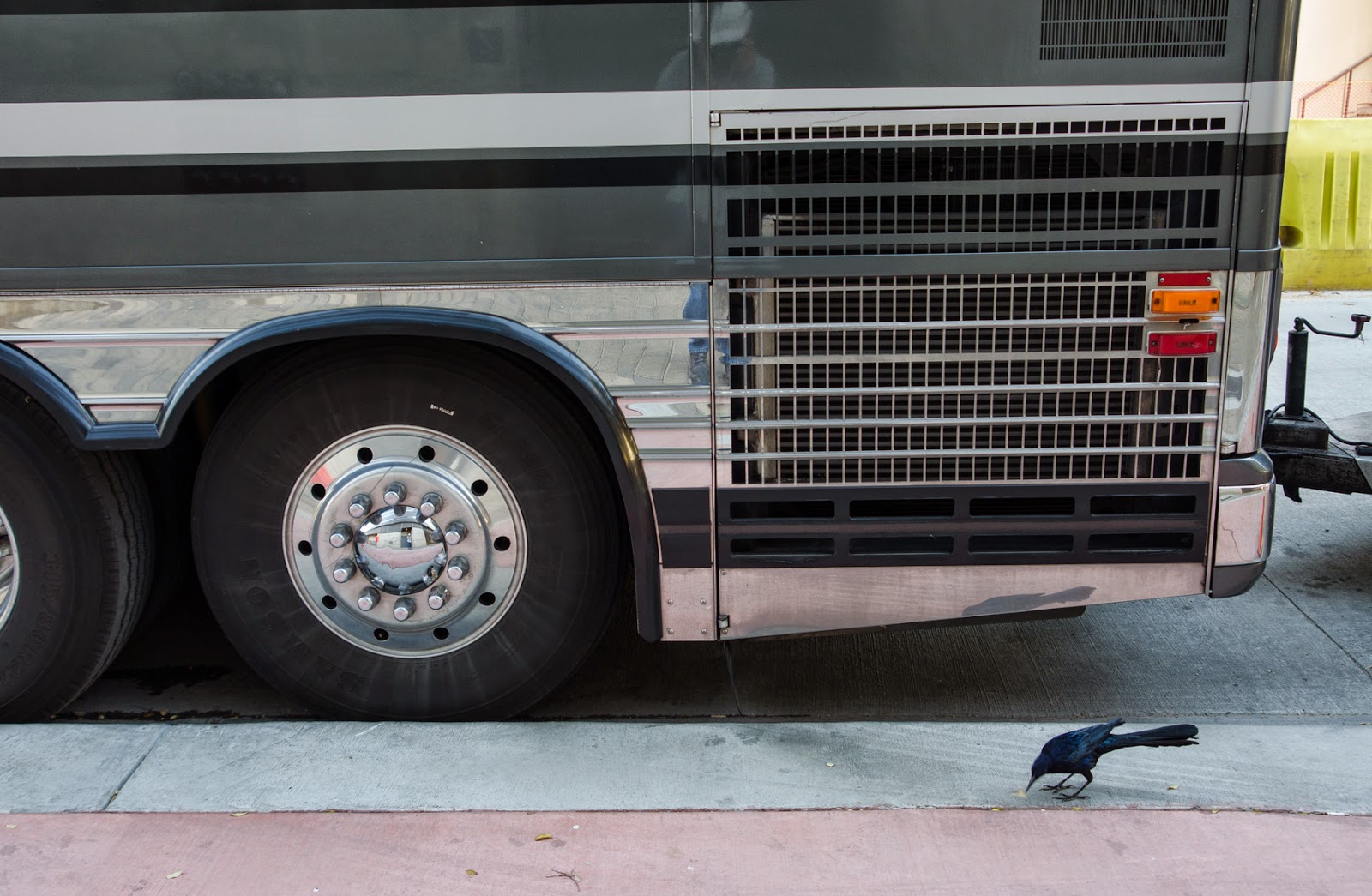 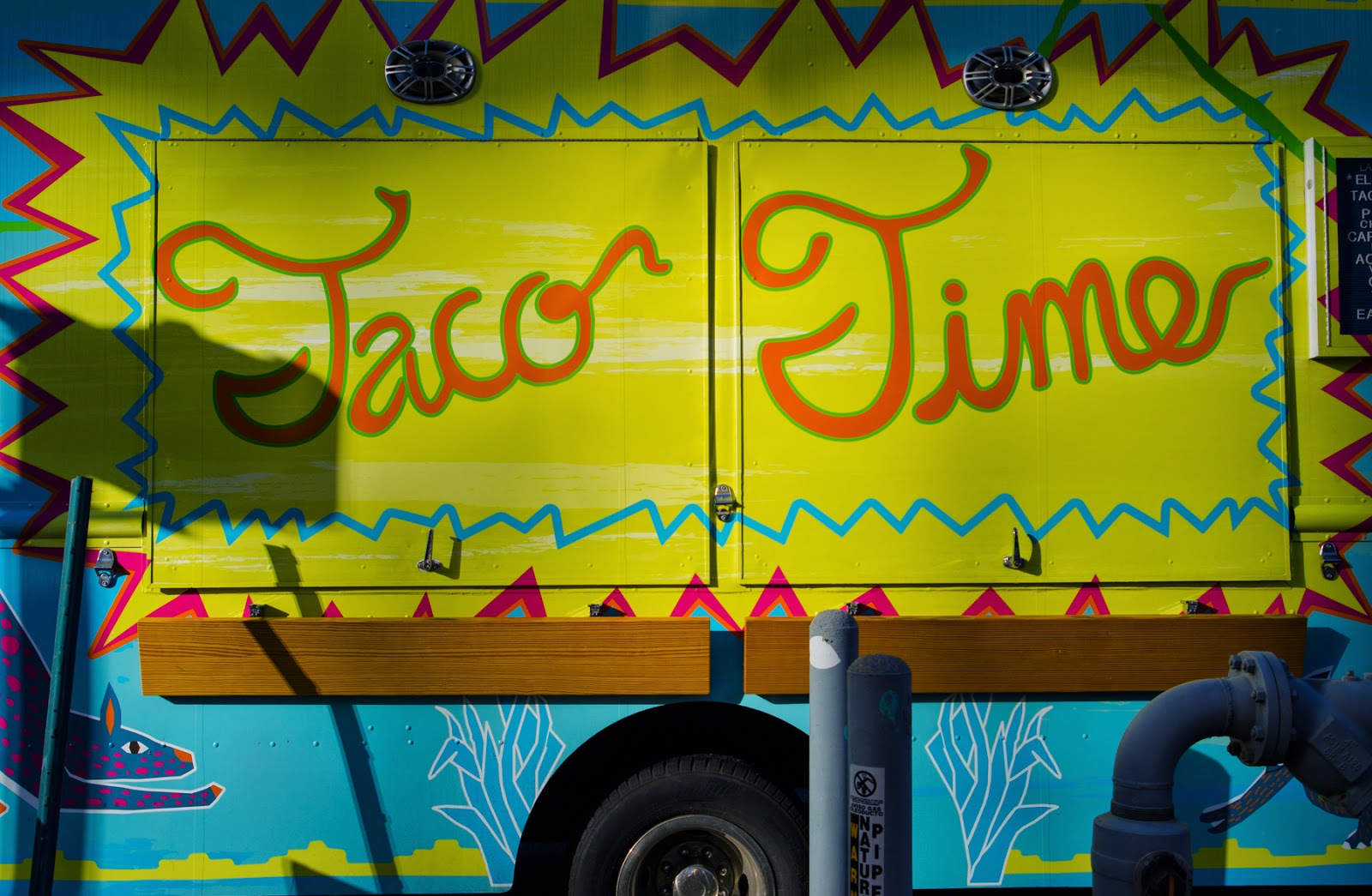 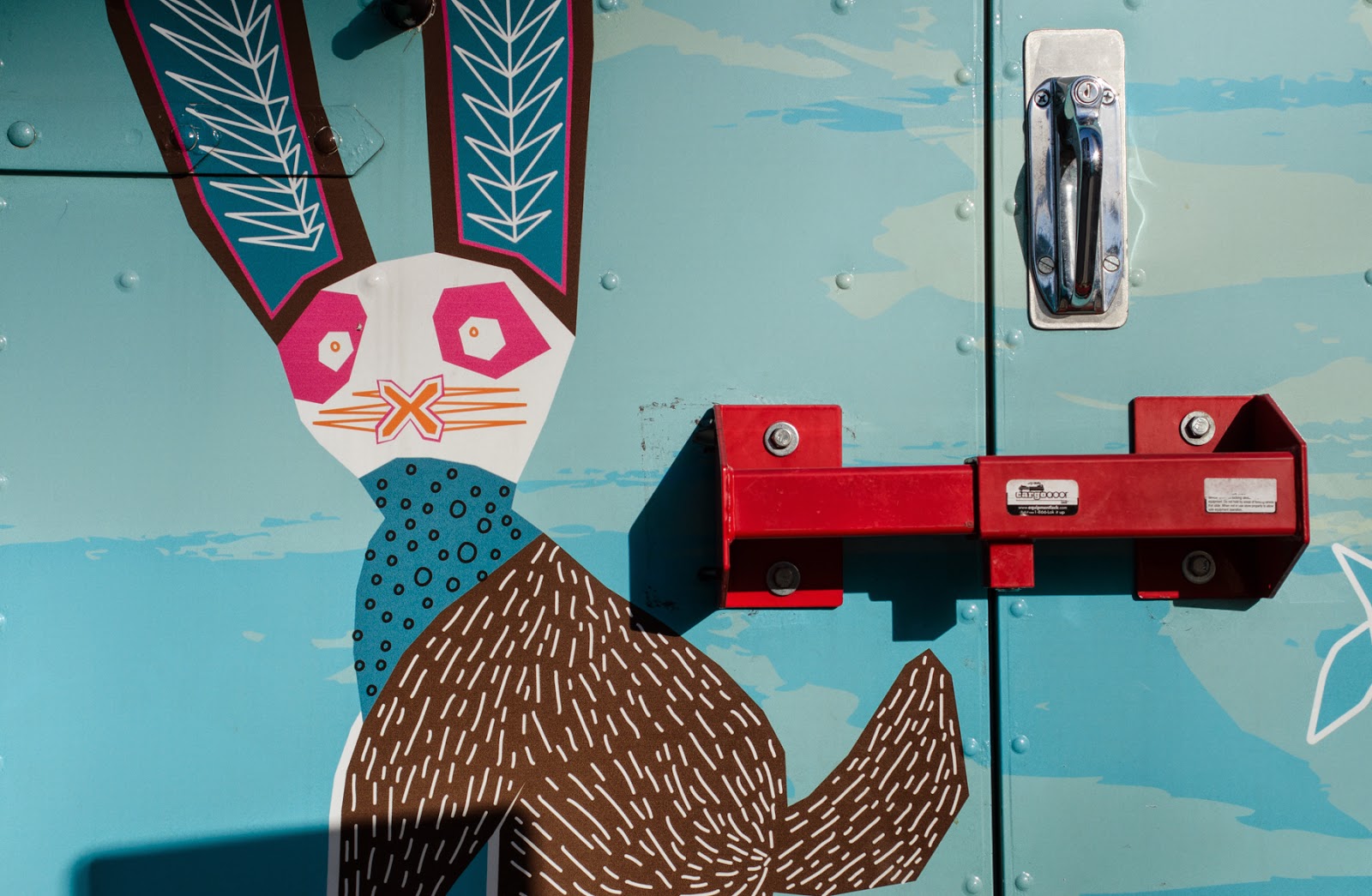 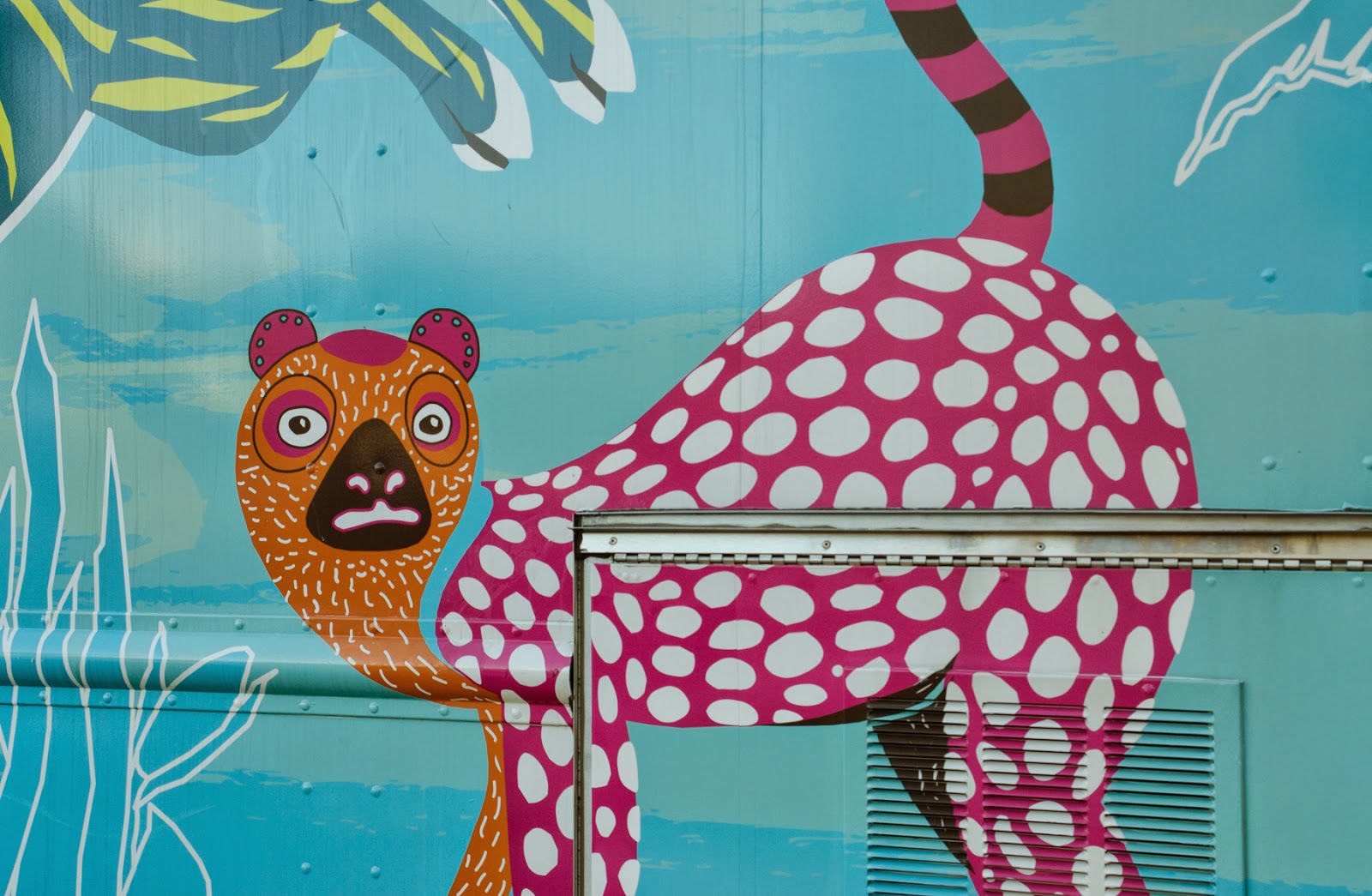 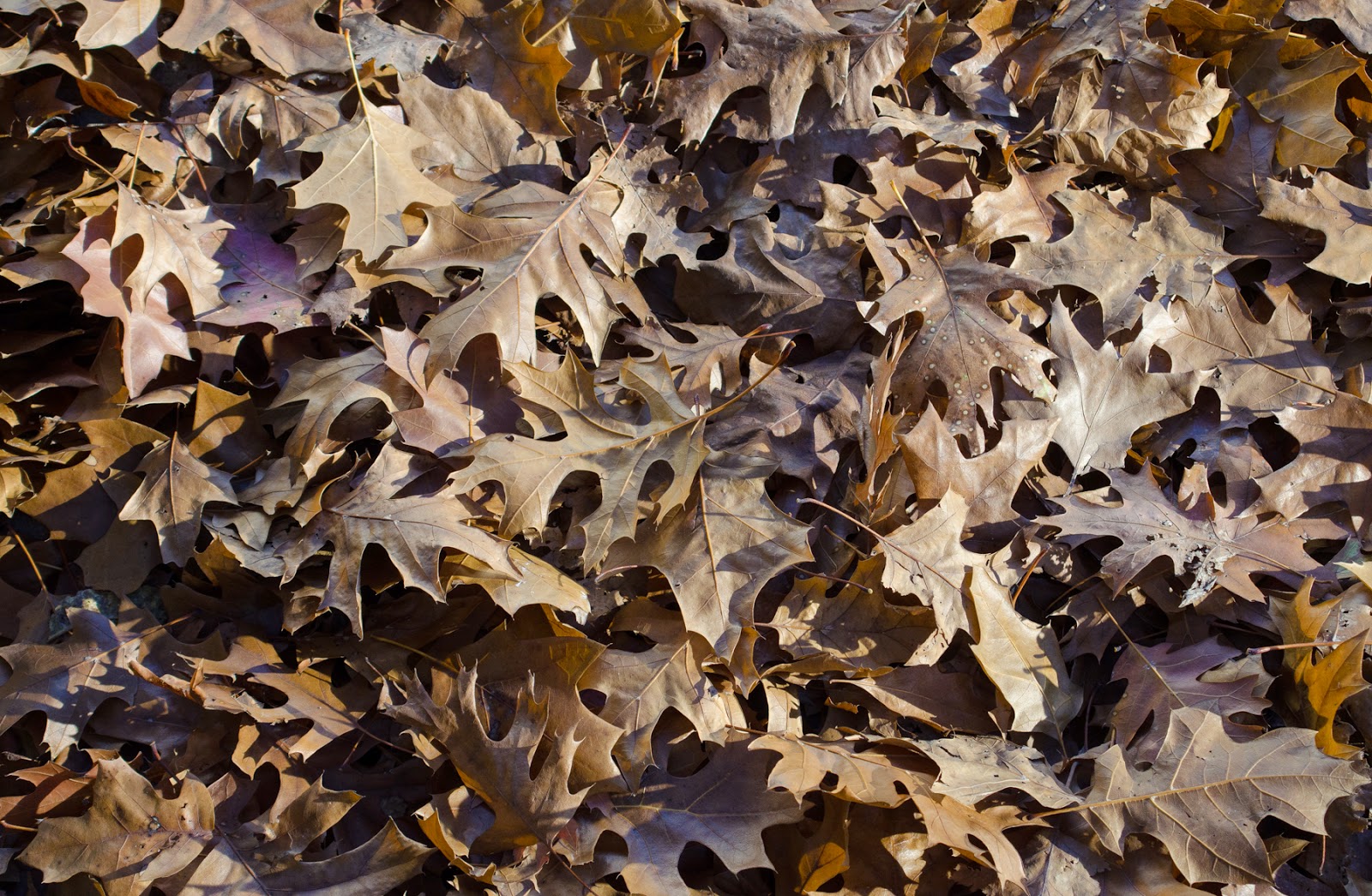 Sharp versus SHARP. Taking time to fine tune the AF performance on each camera.

I got lots and lots of great feedback on the last blog. The one about diffraction and sensor size. And one of the things that commenters drove home is that a lot of what we were discussing is theoretically interesting but that diffraction effects, as they impact sharpness, are just one part of an assemblage of "moving parts" in the practice of real world photography. Yes, you'll see an erosion of sharpness as you push past the diffraction limited f-stops of your cameras but for many, many users that degradation will be amply masked by many other factors, from lens performance to sloppy user habits. In effect, to worry about diffraction effects while hand holding a camera and shooting a landscape is a bit daft.

I've had a busy, busy year and when we get swamped we always tend to look for magic bullets and quick fixes rather than just taking a deep breath and remembering how to do stuff right. A couple of weeks ago I mulled over the acquisition of a D810 or a D750 in a non-essential search for low hanging, sharp fruit. But a glitch during my photography at the Zach Dress rehearsal of "A Christmas Carol" did wonders to snap my brain back into "optimization" mode.

So, what was the snafu? Well, I had tested the 18-140mm Nikon lens on both my D7100 and my new D7000 bodies and found it to be very sharp wide open. Being a bit lazy and optimistic I assumed that this meant both cameras were focusing correctly and, by extension, would focus all lenses hung off the front of them correctly. Right? My previous experiences with the D7100 using the 85mm and 50mm lenses wide open showed me that that camera was pretty nicely zero'd in. It turns out that not all was merry and bright with the newer/older D7000. I had used it with a 50mm before and found it to perform well wide open but this was not the case with the 85mm 1.8G.

At the start of the performance I had the 85mm on the D7000 and I didn't like what I saw when I spot checked the first few frames at the maximum magnification of the review screen on the back. It just wasn't rendering a sharp image! I exchanged lenses between the two cameras and instantly saw the sharpness I expected with the D7100+85mm combination. Grumble, grumble.

I spent all day Weds. post processing files from four different jobs and then, after dinner, I headed back into the studio to do billing and to read through comments here concerning my thoughts on diffraction. A couple comments about how many different factors effect sharpness really resonated with me and I decided that it was time to check the AF accuracy of all the lenses I have on the D7000.

There are probably many methods that could be superior to my autofocus check process but this is what I do. I printed out resolution charts and taped them to the wall. I worked at getting my camera parallel to the wall and my exposure just right. I tethered the camera to Nikon's capture software and I went into "test mode." I went into the camera menu and found the AF-fine tune controls. I used the conventional AF, watching through the finder to make sure the green confirmation lit came on during focus. I had the camera set for center focusing point, S-AF. Once the focus showed a lock I switched the lens and body to manual to lock in the focus and then hit the live view switch. Then I painstakingly set and checked the lens at ever point, from +20 to -20. I had my monitor set for 100%. At that magnification it was easy to see the differences.

Once I knew where the ballpark of sharp focus resided I spent a while refocusing with the AF and reconfirming the sharpest setting. Turns out that the worst culprit in the tool box is the 85mm f1.8 ON THAT BODY. It needs a -19 correction to focus correctly. I suspected some sort of camera issue but the 50mm f1.8 required only a minus 3 to be convincingly sharp.

That led me to suspect that something must be wrong with the lens itself. So I put the lens on the D7100 and tried the same tests and found that the 85mm is right on the money with no calibration on that camera. The mysteries of cameras and lenses.

Cutting to the chase I went ahead and did the same testing with all the AF Nikon lenses on both bodies and fine tuned the crap out of the whole system. While some lenses were pretty accurate at zero most needed + or - tweaks of five points (out of twenty possible on either side of zero) or less to be as sharp as they are ever going to be on either camera.

Doing this convinced me of three things. First, that I'd been too lazy about technical stuff recently and I could see, immediately, the effects of increased sharpness in the photographs I took during my post calibration test drives. Secondly, that if I'm going to worry about things like diffraction and sensor size it behooves me to zero out and optimize as many parts of the equation I have control over. And, third, that the cameras we have in hand are already great performers once we've taken the time to optimize them and use the best technique.

One bright or sad note (depending on your particular camera inventory) is that the majority of my lenses, in combination with the two bodies, could use a bit of tweaking to get my money's worth when it comes to sharpness.  I did spot check a few of my mirror less bodies and found no focusing issues that I could test for. I would jump in and enthusiastically say that there were "no" problems but the cameras don't give me the tools to actually check the point of highest sharpness as driven by the camera's AF systems so, in fact, we really don't know if the mirror less (mirror free!) camera actually are any better in this regard. Maybe a bit more research is needed.

Now, when I shoot my 85mm lens at it's highest non-diffraction limited f-stop I'm actually getting all of the benefits designed into the lens and camera system and I'm hopeful that I'll see globally improved results. A fixed up camera and lens system is a good defense against incipient camera lust and delivers the same benefit of washing and waxing your old car = it makes you happier with it all.

Just a thought if you've already put in a twelve hour day and you need something to do after dinner. A sharper system is a happier photographer?