Since the buying of lenses has become akin to seasonal fashion shopping I thought I would re-introduce one of my favorite lenses from many seasons past. And talk about it a bit. 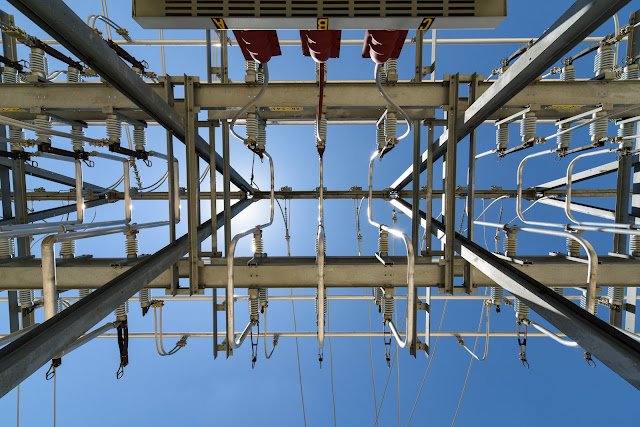 When I first read about the Samyang (Rokinon, Bower, etc...) 14mm f2.8 lens I was very skeptical. The lens has a focal length that has been historically hard to design and equally hard to build without a lot of sample to sample variation. That it was also a fast (relatively speaking) f-stop lens also gave me pause because, from what I've read about lens design, the faster the maximum aperture the harder it is to correct for any number of things. By the time my overactive curiosity gland kicked in there were several hundred passionate reviews on Amazon.com which variously described the lens as
"incredible" and also "mediocre."

When I happened to find one used, with box, in perfect condition (the Cine Version) for about $200 I decided that any risk was minimal and the upside could be interesting.

My first forays with the lens were in the nature of a gear packing afterthought. If I was going to go photograph attorneys and their new, wonderful offices, I would take it along on the off chance that a super wide shot of their lobby might be different and effective. I also took it along on several industrial projects but my experiences with ultra wide lenses was not deep and I couldn't get the hang of composing with so much stuff in the frame.

At this point though I could make a complete catalog of the good and bad points of the lens. To start with it has some severe distortion that is often described as "mustache" distortion because
it creates a mustache pattern on the upper and lower edges of the frame. The distortion is non-linear in natural so the simple corrections in Photoshop don't work especially well to correct this.  The flip side is that even at f2.8 the center two thirds of this lens is quite sharp. Sharper than the 14mm Nikon I played with in the past. The lens vignettes in the corners until you get to f 8.0 and although it is correctable in the Lens Correction profile there's always the tell tale extra noise if you are using it at high ISOs or with a non-Sony sensored camera. But, again, on the flipside, it handles flare with aplomb.

And that's where I would have left the whole thing if I hadn't done more research. I would still keep tossing it in the bag and trying to figure out what things I could shoot with it without straight edges or bright corners being important. Maybe it would just become my "near and far" lens. I could use it close to foreground subjects in order to have a radical difference between foreground and background scale.

But then came the research and I was made aware that a number of people have created very, very good lens profiles for the Rokinon 14mm that can be imported into the Lens Correction modules of Lightroom and PhotoShop and applied. The one I use was created for use with a Nikon D600 body but it works equally well even if I've shot the images with a D810 or a D610.

With my profile engaged the 14mm f3.1 (Cine Version with t-stop) Rokinon becomes a "premier quality" lens that doesn't get left behind even with the torrent of pixels and resolution produced by the D810 at full throttle.

The big shake out for my more focused use of the lens was during the annual report project we did for Pedernales Electric Co-op this past Spring. At one point we were shooting semi-abstract images of a power sub-station with an eye for the wrap around cover of the printed report. The files would have to be convincing at at least 11x17. A bit more if you consider some space on the edges for initial cropping and later print bleed. After my tests with the new profile and the D810 I had no reservations about using the $200 lens for our cover shot.

While many people think that "cover shots" for advertising project are carefully planned and painstakingly executed there have been many times in my career that both the client and I were on the same page when it came to understanding what we wanted for a shot but we really wouldn't know exactly where to find the photo in our imaginations until we saw it unfold in front of us. This project was that way. We had spent the earlier part of the day photographing the CEO in various locations and, also photographing the truck crews and landscapes of our service areas, and our trip to the substation was the last stop for the day. After we finished the shots on our list I asked my assistant and my direct client to hang out in an air conditioned work space while I went out with the 14mm and looked for the abstraction we wanted. It really became a process of walking around in the sun lining up and shooting things I thought might work when used horizontally in the space for which they were designed.

The shot above is a close variation to the one we ended up using on the report while the images below are just a few of the dozens of versions and attempts I made as I walked through the facility. The entire "floor" surface of the yard was made up of coarse, white rocks, about an inch or two in diameter, that reflected sunlight back up into the underside of the rails, wires and structures in the yard. The ground cover made a nearly perfect fill light even if it did reflect even more heat onto the photographer.

I shot until I ran out of options and figured we'd make a huge gallery for my client to search through. When I got back to the studio I pulled all of the files into Lightroom and ran the lens profile across all of the images. The catalog of images immediately looked 200% more "talented" that the raw images we started with. As I worked with the images to narrow down groups of favorites two things kept popping up. One was how well the lens handled flare. Think about it, in most of these shots I am shooting the camera and lens directly into afternoon sun. I had other, more expensive and more pedigreed lenses with me but none of them could really match the flare resistance of the 14mm. The second attribute is less surprising and that was the sharpness. But I figured that most of the lenses in my bag would do equally well in that respect since most of these images were shot at or around f8.0.

If I lost my Rokinon Cine 14mm along with all of my other lenses it would be one of the ones I would have no hesitation about replacing immediately. While I'm not an ultra wide shooter I love having the option in my hands just in case. And at a full, new replacement price of about $350 it will pay for itself on the first job we use it on.

I know it's more "fashionable" to be talking about the new Art lenses from Sigma or the Batis or Loxia lenses from Zeiss but..... When you have something that works this well in a niche where this kind of performance used to cost upwards of $1,500 I don't think it's ever really out of fashion to bring it up. It's just so darn likable. 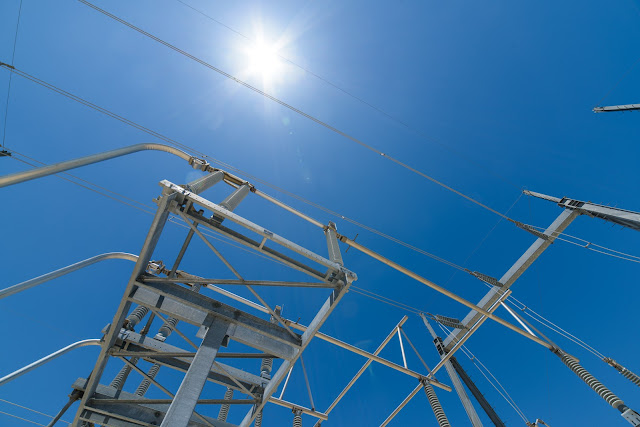 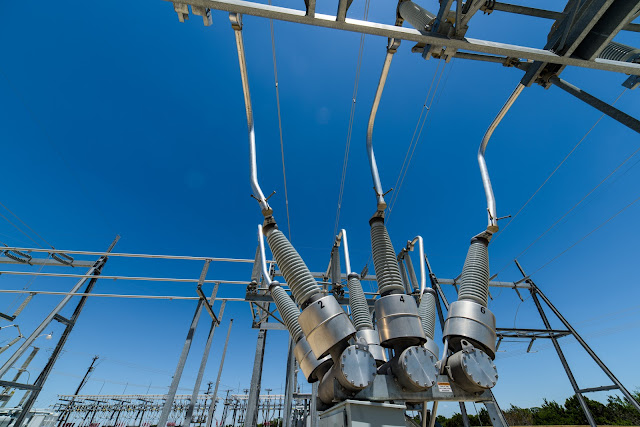 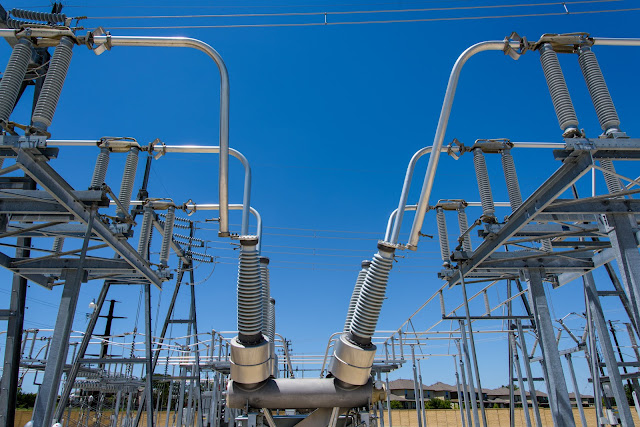 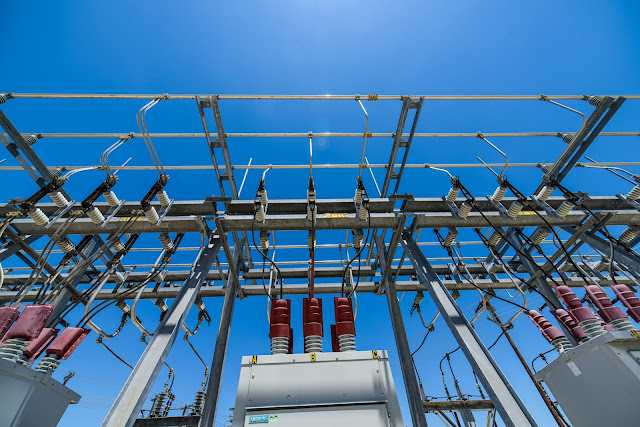 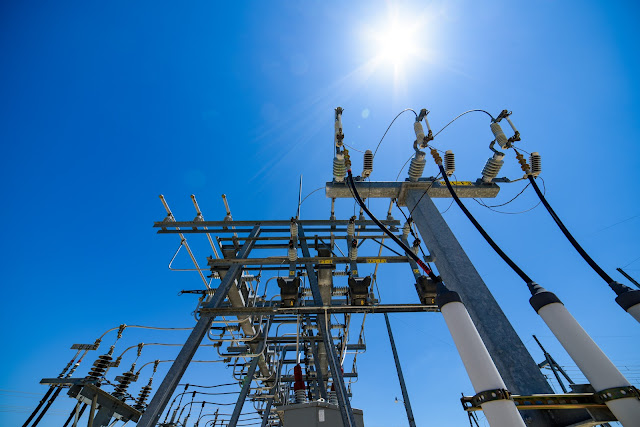 This site is an Amazon Affiliate. We get a small fee if you click through to
Amazon.com and buy.....anything. Thanks.

Posted by Kirk, Photographer/Writer at 15:53

I have a 16mm non Nikkor lens I quite like. Like you I don't use it much but would not be without it. BTW if we buy things via the amazon.ca site do you still get some pennies?

Eric, Thanks for asking. I think the answer is yes. If you click through from a link on my site. Much appreciated. Kirk

how about a link to the lens profile you use ?

Sorry, I should have included that: http://www.svenstork.com/essays/rokinon-14mm-lightroom-lens-profile/

[got a blogger error - sorry if this is a duplicate]
Kirk, at the bottom of this post you have,
" This site is an Amazon Affiliate. We get a small fee if you click through to
Amazon.com and buy.....anything. Thanks."

I would love to, but I've slowly scrolled from top to bottom a couple of times, and I cannot find it. Where'dja hide it?

Hi Mike, There should be an ad for the lens just above that one sentence about being an affiliate. If you are reading it on a feed it might strip the ads. Another reason why I should keep putting page breaks in.... Anyway, if the ad is there and you click it then it will take you to that page on Amazon. Navigate to anything else and I will get credit for it.

Hi Mike, There should be an ad for the lens just above that one sentence about being an affiliate. If you are reading it on a feed it might strip the ads. Another reason why I should keep putting page breaks in.... Anyway, if the ad is there and you click it then it will take you to that page on Amazon. Navigate to anything else and I will get credit for it.

I picked up the non-Cine version on sale from Amazon a couple of weeks ago for my D800. Ultrawide was the thing that I was missing on that camera after my move from Nikon DX. I've only used it a couple of times, but so far I really do like it. Finding a good Lightroom profile for it helped. My primary concern was manually focusing it, but that hasn't been a problem at all. Your posts about manual focus lenses with your Nikons helped to assuage my concerns on that aspect. The Rokinon 14mm, f2.8 might not be a lens that I use a lot, but I don't doubt that the lens will be worth it for me. It seems to be a great value for the money.

Kirk,
Re Amazon link: the ad appears when I use MS Internet Explorer, but not when I use Mozilla Firefox.

As a matter of religious belief, I avoid Microsoft's IE unless I absolutely need it for a website to work correctly. We'll see how that belief holds up after I subject myself to a Windows 10 upgrade.

DXO also has profiles for this lens.