A new hotel opened up in downtown this last week. It's a JW Marriott and it's enormous. The second largest in the world after the one in Dubai. 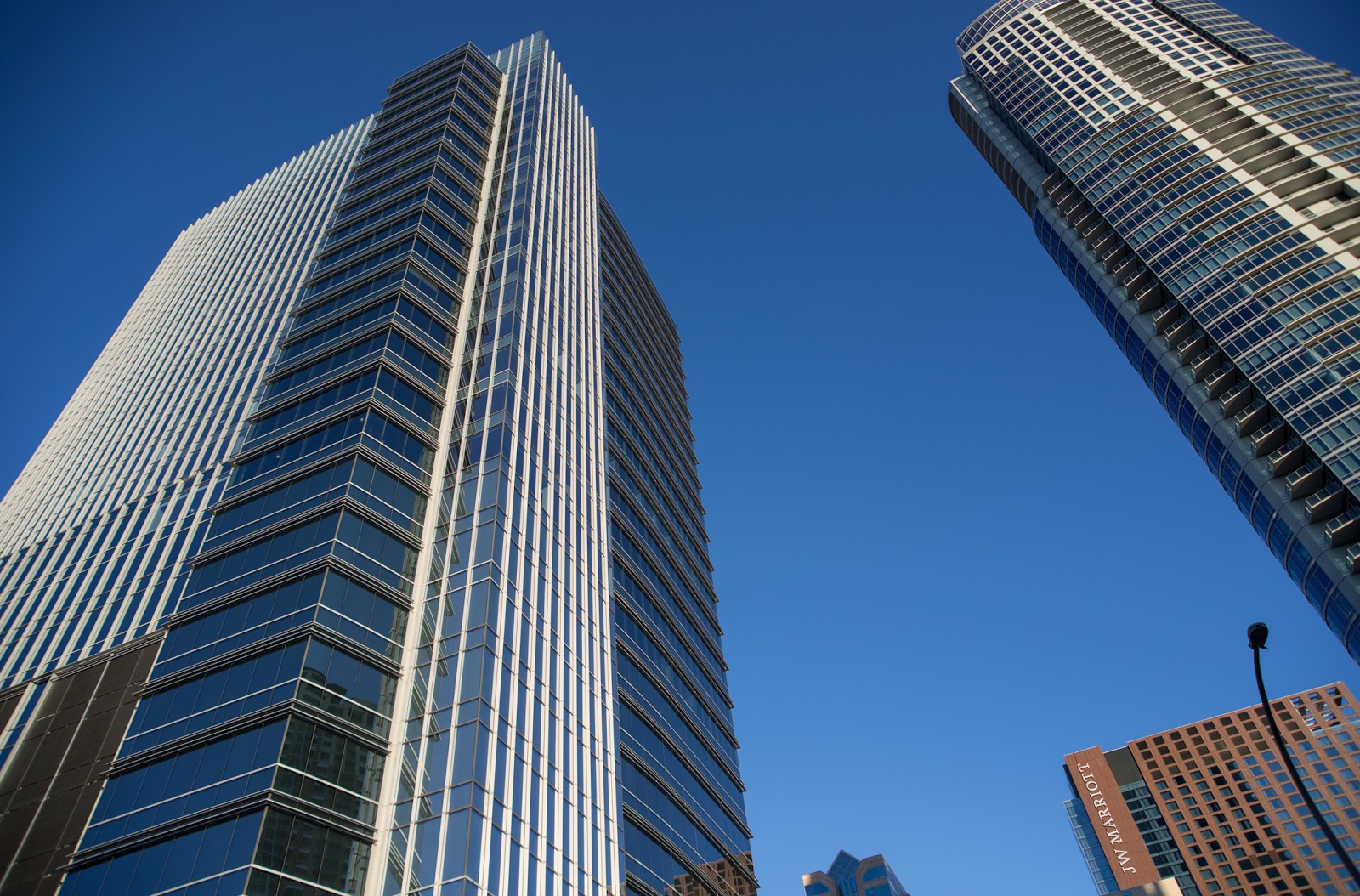 You can see it in the lower right hand corner of the image above. The new hotel was a good excuse to grab a camera and a lens and head downtown to take some walking around shots. I used the Nikon D610 with that old 25-50mm f4 ais lens I've been telling you about. Sometimes the images I get from the lens are crappy and sometimes I think they are sublime (I suspect it depends on my mood). Today I took about 80 images and liked----- 1.

But part of getting out and walking downtown is the act of moving away from the screens in the office and letting my eyes wander around at things that are near infinity, or at least further away than three and a half feet. I think that's good for your eyes over time.

The camera meters the older lens flawlessly and the focus indicator dot works well. It probably works well because I use the lens a its wider end and I generally keep it stopped down to f5.6. Just tossing the whole process a couple of marshmallows...

We now have about 50 billion hotel rooms coming on line in Austin. They say we're recession proof and I sure hope so but I remember being lectured to by the same sort of economists and chamber of commerce cheerleaders about our "bullet proof" economy twice before and both times we ended up with a bleak recession and an exodus of families, money and investors. Maybe this time it will be different....

Hope you had a respite from winter weather if you are living in the north. It hit 55 (f) here in Austin today and while we're supposed to have a cold night I guess it's all relative. We might get down to 32 (f) but tomorrow afternoon we're supposed to nudge up toward the 70's.  Good time to visit here if you live in Boston or thereabouts... We'll keep the coffee ready.

Almost forgot....with the exception of several bars the size of football fields the JW Marriott is pretty unremarkable and some of the art in the public spaces is highly questionable. Acoustic tile ceilings in the ballrooms----really?? Hmmm.
Posted by Kirk, Photographer/Writer at 19:03 9 comments:

Sometimes the CFO becomes the model. Especially if we all think he looks like a European baker. 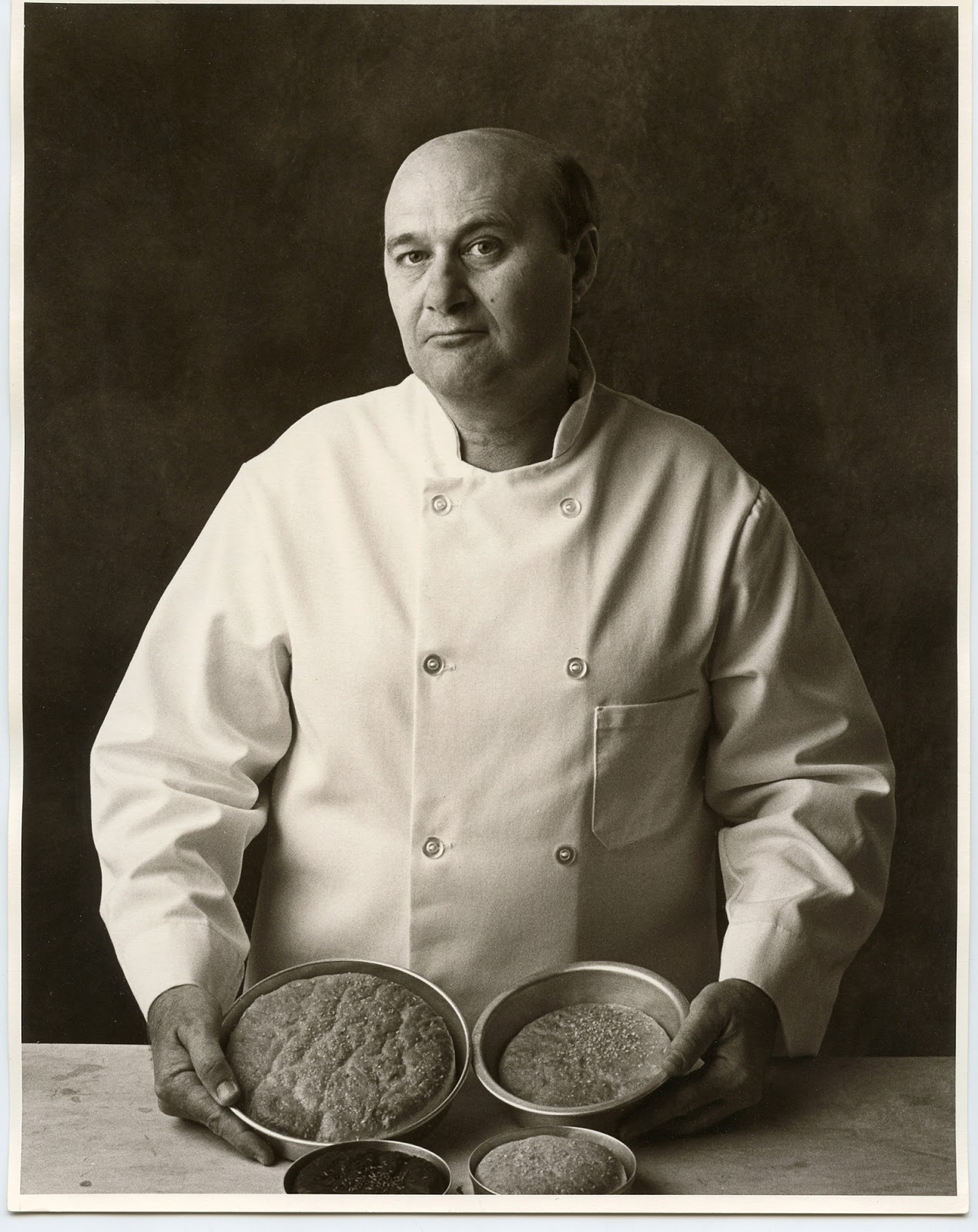 We did an advertising shoot for a sandwich company a while back and the company provided us with an employee to use in the ad to represent an artisanal baker. The company presumed that this made sense because, well, the person they recruited was one of their bakers. But he was way too young and too cool to really pull of the idea the advertising agency had in mind = serious, experienced baker.

We tried to do some usable shots with the kid but mostly we were all standing around trying to decide whether or not to pull the plug on that day's work and buddy up with our local talent agency and find someone a bit more baker-ish. That's when someone notices that the CFO standing over to the side in a dark suit might be just the person we needed. With a bit of coaxing we got him to shed the suit coat and put on a baker's jacket.

We tried many variations but this one, with the wry (rye?) expression was the one I liked the best. It was shot with a Pentax 645 and the 150mm lens in our studio on San Marcos St. I printed up a few variations and sent them along to the agency. It helps to go into a shoot with a plan but it's equally helpful to be flexible when the plan meets reality. That day I felt like I was channeling the spirit of August Sander. One of my favorite photographers from the first half of the twentieth century.
Posted by Kirk, Photographer/Writer at 10:53 7 comments:

You can look at the work I've done (am doing) in one place without having to wade through the self-indulgent writing... 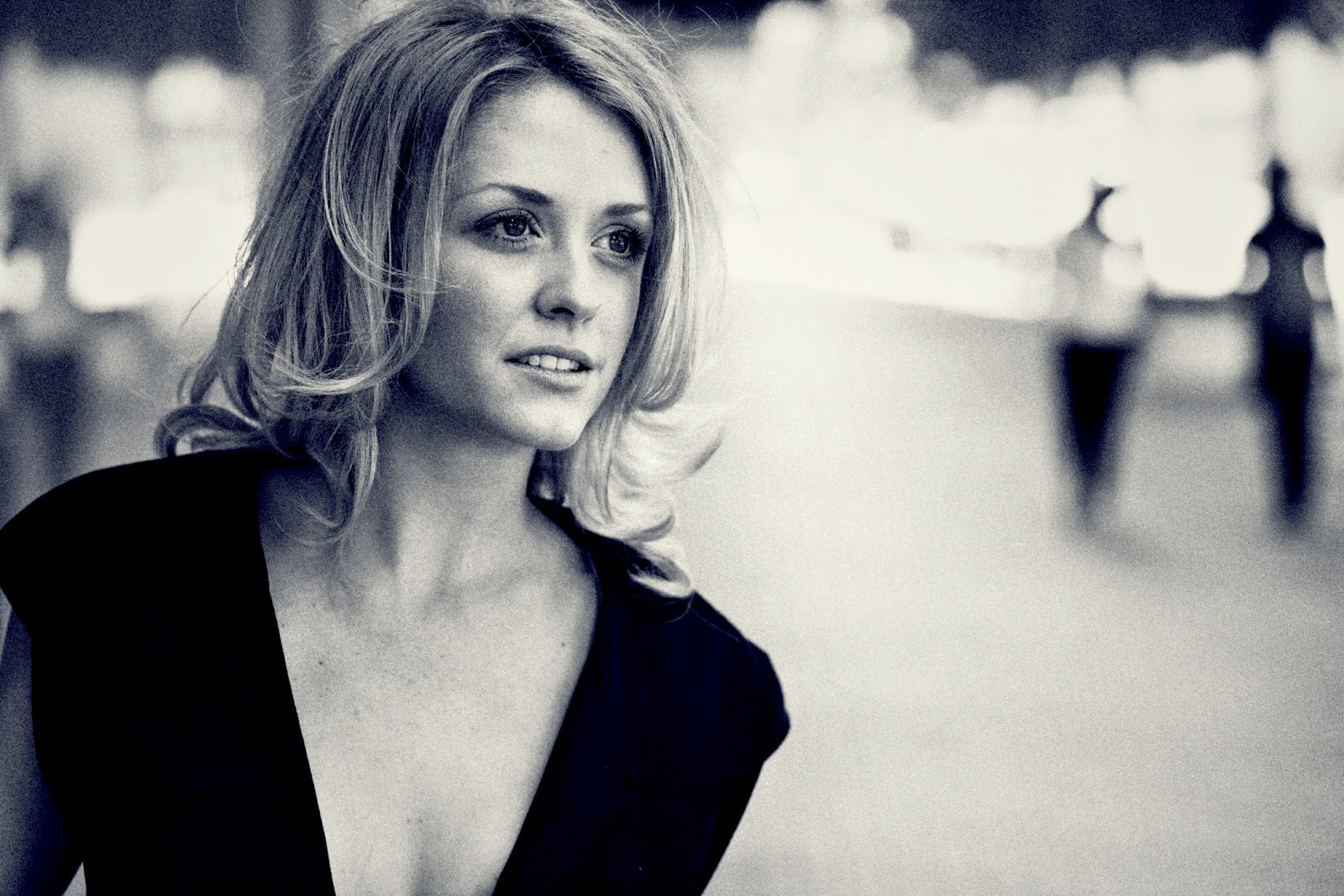 Be sure to drop by from time to time and check it out.....
Posted by Kirk, Photographer/Writer at 10:05 2 comments:

Reprising an old favorite of mine. The CEO of the Westin Hotels and Resorts photographed at the Hyatt Hill Country Resort in San Antonio, Texas. 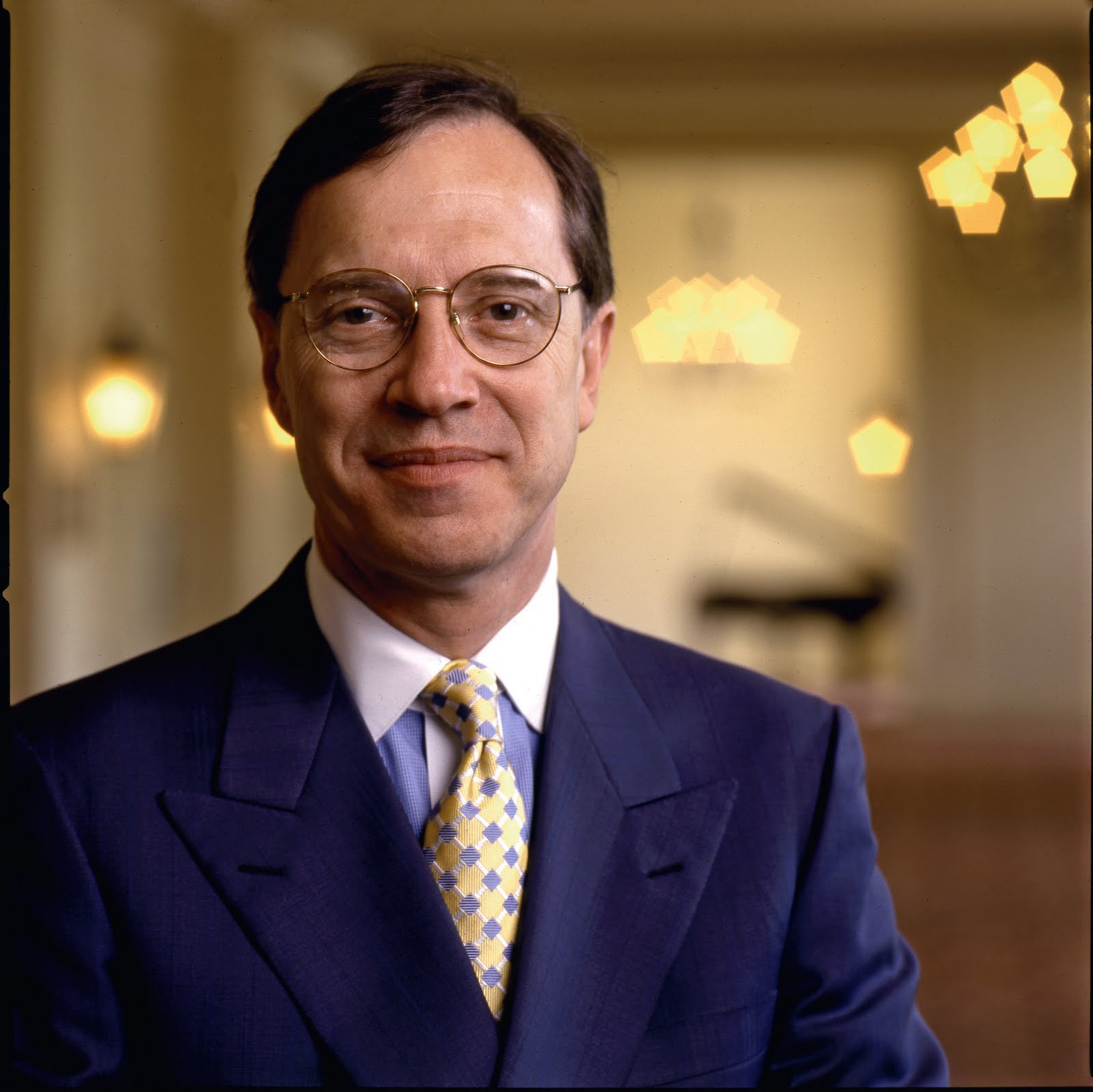 There's a pervasive mythology that's often fueled by social network savvy shooters in our industry which says that all shoots for major magazines (like Private Clubs Magazine) which involve high profile CEO's (The Westin) in swanky locations (The Hyatt Hill Country Resort) require a legion of assistants and assorted functionaries in order to achieve any sort of success. I think it's nonsense. The complexity vastly inflated. And, given how easy it is and was to do the technical parts of photography the big crew just screams: overkill.

When I got the assignment to do this project (image above) I also got a budget within which to do it. The idea was straightforward, go down the day before the shoot, find a cool location and figure out how to light it. I could spend the entire budget on non-essential staff or I could make a profit.

The lighting for this image consists of one black scrim that takes the ambient light off the subject and one big (4 foot by six foot) soft box to put better light back on him. That's it. The hardest part of the shoot was figuring out the triangle of the focal length I wanted to use (180mm), the image size of the subject in the frame (camera to subject distance) and the size and out-of-focus characteristic of the piano in the background (subject-to-piano distance). Most of that was trial and error.

The other myth that every photographer loves to feed (because they think it makes their efforts sound more heroic) is the idea that all CEO's are so busy and so curated by their entourage that lowly photographers only have access to them for tiny slices of time. Five minutes at the most. Again, mostly B.S. The smart CEO's know the value of public relations and friendly media exposure and are willing to put in the time to optimize the results. If that means giving the photographer time to do a couple variations or change course now and then they are generally compliant.

I can't remember exactly how much time I had to do this shot but it seemed to be a leisurely experience for me. Twenty minutes or so. The original client liked the shot and used it well. And the CEO's parent company liked the shot too and bought additional usage rights (after the initial magazine embargo).

In the days before over the top web marketing we didn't realize that we'd need to have our own entourage to propagate the image of being successful. We thought our photographs would be enough.

To recap: Major CEO on location. One photographer. One CEO. One CEO's assistant. No photographer assistant. No digital tech. No location scout. No hair and make up. No piano wrangler. No craft service (excluding the hotel F&B). No producer. No second assistant. No Polaroid timer. No publicist. No green screen. No retoucher. No studio manager. Lord, how did we manage?
Posted by Kirk, Photographer/Writer at 10:01 6 comments: