Noellia from a different point of view. 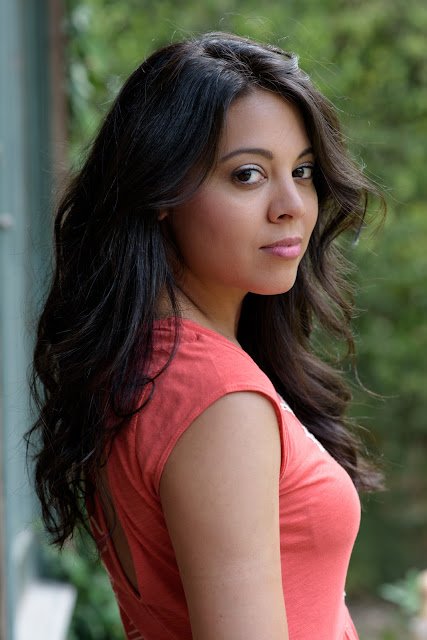 So, I went to this photo workshop today and there was only one participant and one model. We didn't have to listen to anyone pontificate or complain. We got to do everything exactly the way we wanted to. The one participant had total access to the model's time and attention. The model got to work with the very best photographer in the group. The photographer got to work with the most beautiful model in the whole workshop. No one tried to sell us DVDs or photographer branded camera bags. No one compared their camera to our camera with a sneer on their face. Oh, wait, it wasn't a workshop it was just a fun afternoon with a friend. What a great way to learn more about photography....  And it's free.
Posted by Kirk, Photographer/Writer at 18:39 5 comments:

Noellia. Exterior portrait. At the house. 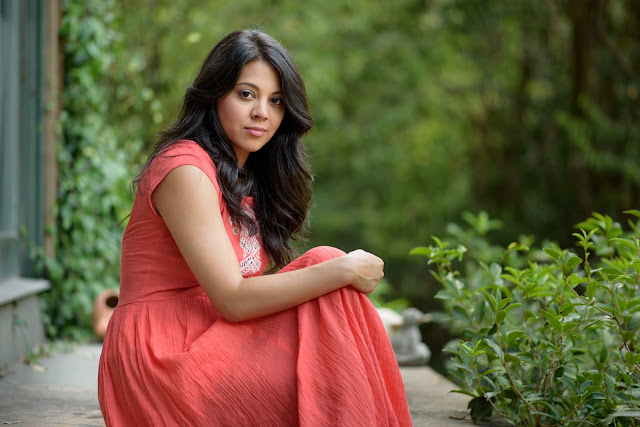 Slowing down and enjoying a portrait session can be nice for people on both sides of the camera. This was a casual shot on one of the back porches of our house. The lens is an 85mm shot wide open at f1.8.
Posted by Kirk, Photographer/Writer at 17:47 3 comments:

Shooting a Precision Machine Shop was a fun thing to do this morning. Photographing my Friend, Noellia, was more fun this afternoon... I spent my morning in Georgetown, Texas at a precision machine shop that fabricates parts for the semi-conductor industry. It was fun. Lots of cool, mechanical looking stuff to shoot in fun ways and many CNC lathes and what-not to create a visual interesting industrial landscape.

After lunch I nestled into my cool and comfortable little office to cozy up to the computer and do the post processing that comes with every job. It was very straightforward. This morning I used one camera and three lenses; the 24-140mm f4 Nikon, the 105mm f2.5 ais Nikon, and the 14mm Rokinon. Running the D750 files through Lightroom CC and tossing in the right lens profiles worked like a charm. I made fairly liberal use of one 508 AS LED panel to keep everything on an even keel.

I edited down the files to a small enough batch that I was able to send them along to the client via my WeTransfer.com application. Everything uploaded quickly and without incident. I was just typing up my invoice when there was a knock on the studio door.

It was my old friend, Noellia Hernandez. You might recognize her as the woman on the cover of my fourth book, the one about Lighting Equipment. At any rate Noellia and I have worked together on projects as diverse as book covers, the Austin Chamber of Commerce and Zach Theatre over the last eleven years. She moved to New York about five years ago but we get together whenever I'm in NYC or  she's back in Austin visiting the family.

She stood in the doorway in a great, little black dress and some dramatic shoes and I knew that we were going to spend some time taking more photographs. I shot some stuff in the studio using the D750 and both the 85mm 1.8G lens and the 105mm f2.5, lit with one of the new Photogenic PL1250 flashes into a 72 inch umbrella with a  diffusion cover attached. Then we moved into the house so we could take a few shots on the couch. In most households I think it would seem weird for someone's 59 year old father to walk into the house with an actress in a short black dress, ask her to lay down on the couch and pose but Ben hardly looked up from his laptop.  He was sitting at the dining room table and looked up long enough to say, "Hi" to Noellia. They've know each other since Ben was eight.

We did the images on the couch with available light and the 85mm and then headed outside, after a quick costume change, to do some stuff in the open shade with some landscape out of focus in the background.

You read a lot about achieving balance. From CNC lathes to NYC actors; I like to keep my work life balanced.  More from the session to come...
Posted by Kirk, Photographer/Writer at 17:11 No comments: