I saw this video on PetaPixel and thought it was so frustratingly fun. Been there, didn't do that....

Posted by Kirk, Photographer/Writer at 17:26 4 comments: 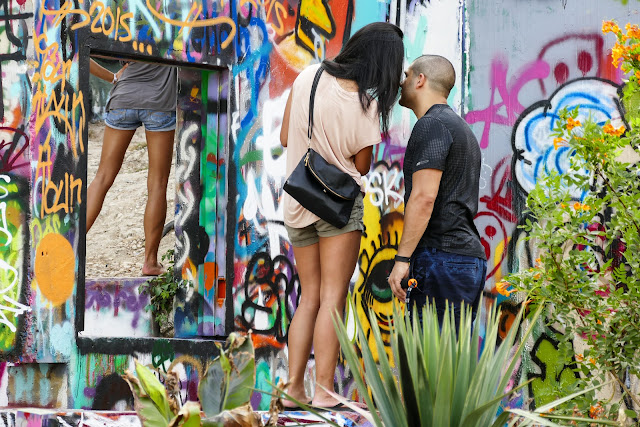 I've been guilty, over the last few years, of not printing nearly as much as I should have been. Partly, I avoided printing because my older printer had seen many miles on the print head and it just wasn't giving me the quality of prints I wanted. But even more probable is my (perhaps misguided) idea that prints had lots their cachet and their primacy.

My older printer, a Canon Pro9000, temporarily gave up the ghost about three weeks before the start of the one job I do each year where I need to print a bunch of prints overnight. While a reader supplied the magic fix to revive the printer the next day, I had already pushed the button on my computer and bought a replacement. The older printer, full of brand new ink, got passed along to a younger photographer who desperately needed any printer she could get her hands on.

I bought a second set of inks and plenty of paper and one stormy Saturday night, two weekends ago, I sat in the studio at a little after midnight and started printing out 70-80 color prints to deliver a bit later in the morning. I was printing right out of PhotoShop and I got the color and density dialed in pretty quickly. The client spilled Diet Coke over some of the prints which required a quick reprinting but that's a different story.

The new printer, a Canon Pro 100, was good for seven or eight dozen 5x7 inch prints and a handful of invoices and it still was running on the original ink cartridges.

In the second half of the week things finally slowed down and I was able to start thinking about marketing once again. I decided that it would be good to update my printed portfolio and show off some of the work I've been doing in the last year. This would give me something interesting and new to show to existing clients; a reminder, if you will.

Looking around the studio I realized I had several empty 13x19 inch, leather portfolios as well as a nearly full box of 13x19 Moab Lasal Photo Matte inkjet paper. Now it was time to really zero in the new printer and get some work together to show off. I've spent time today, between swimming, napping and lunch, printing twelve different images. Some came out of the printer just perfect and some required a print or two more to get just right. The printer is not fast but it's also not slow. It takes three or four minutes to print out a 13x19"  print at the highest resolution.

The colors seem to match what I'm seeing on my 27 inch iMac screen pretty faithfully. And, looking at the prints, I realize how much I like the ritual and pleasure of looking at prints. Holding the large prints in my hands and walking over to the good light coming through four large windows makes me realize the actual improvements in the cameras I've been using. The prints are remarkably noiseless and there's no banding anywhere.

My goal between now and next Monday is to have 20 beautiful prints done, sequenced and in the portfolio binder. I can hardly wait to go around to the various agencies and clients I provide photographs to in order to share this new work with them. It's so different than sending a link on an e-mail and hoping that someone clicks through and sees the work. Often, I think, people get an e-mail like the one I envision and, while sitting over coffee at the local coffee shop, open up the link and quickly scroll through the work on their phone. Sitting in a conference room flipping outsized pages and being able to really look into the details of a printed photograph should be a totally different marketing (and viewing) experience.

The printer is nice. So far it's problem free. It does like to eat the gray inks more than anything else but the complete ink sets aren't too expensive and I doubt I'll evolve into a "power user," going through $$$$ worth of ink each month. We generally only update portfolios once or twice a year.

If I were printing fine art prints for sale (wishful thinking?) I'm sure I might have been better off getting the new Epson 800. I'm pretty sure it's a great 17 inch wide printer but I'm equally sure that, if I made that big of an investment in a printer, I'd quickly be off in the tall grass, spending hours and hours trying vainly to make each print perfect. In the end I would end up with a big, big stack of wonderful prints but a big, big hole in both my wallet and my diminishing store of spare time.

Still though, it felt great to be printing again. I will say, I think the Canon consumer printers are for people who just want to push a button or two and get a really decent print. The Epsons seem like printers for people who love to fuss and chase that last 5%. In the end any direction you go with these ink sponges is a compromise.
Posted by Kirk, Photographer/Writer at 17:15 7 comments: