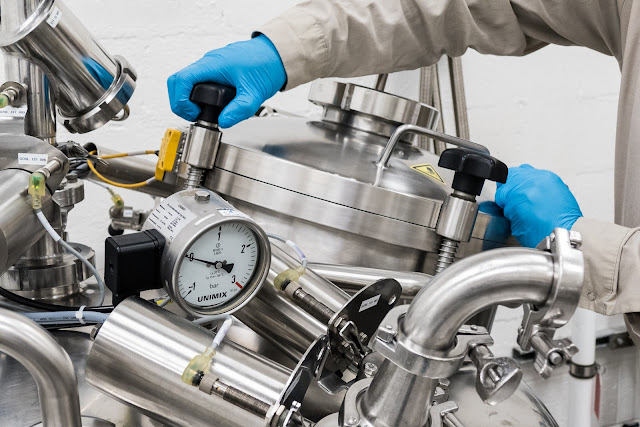 Last week I publicly mulled over what equipment to take along with me on an assignment. I would be flying by myself to Newark, NJ, meet up with my creative director from an Austin advertising agency (who was flying in from a video shoot in Dallas, Tx.) and we'd make our way thirty miles south to shoot for a couple of days at a manufacturing/pharmaceutical concern. I ended up taking along all the right gear and I learned some new things from my (much younger and more tech savvy) client about traveling and making work life easier. Seems there's an app for that --- no matter what "that" is.

I ended up packing a couple Nikon bodies and a flurry of lenses but I only used the D750. It was perfect for the main goal of our shoot which was to make stylized portraits of the company's top executives. By stylized I mean they were lit in a way that reflects my lighting preferences and I don't think I ever used a lens aperture beyond f2.8 (at the smallest). We spent the entirety of the first day shooting these portraits in a giant, spotlessly clean, warehouse. I used diffusion scrims to block most of the light coming from the sodium vapor lights high up in the rafters and I used two speed lights for my main and back light. The main light was bounced into a 60 inch, white umbrella and the back light was used direct from high up (twelve feet) and at least 50 feet behind the subjects.

The main flash was the all manual, Cactus RF 60, which has its own internal radio triggering receiver, and the back light was provided by a Yongnuo flash and triggered by a  Cactus V60 transceiver. I thought I should have brought more batteries but when all was said and done the 16 Eneloops were just right. At low power settings like 1/16 and 1/64 the batteries lasted all day long. I can't show the portrait images yet because they need to be approved by the clients first.

I used two different lenses to shoot the portraits and most of you can probably guess which ones there were without me writing it. But for the infrequent readers of the blog they were the Nikon 85mm f1.8G and the older, Nikon 105mm f2.5 ais (manual focus) lens. I worked back and forth with the two lenses in order to vary the look a bit but both were used around f2.8 and both were quite sharp were focused and then dropped out of focus quickly behind --- which is exactly what I wanted.

We spent the next morning finishing up our portraits and then moved on to shooting process shots, working shots and research shots. Our goal will be to use these as splash page images for the website and in some of the company's other collateral. I started shooting with these with the Nikon D750 and the Nikon 24-120 f4 zoom but I really missed the immediacy of an EVF for fast moving images that we were capturing in available light. There is an efficiency to using the EVF that's not talked about enough but it makes all the difference to me in shots where we don't have time to put the camera on a tripod and bring in lights. I also missed the longer reach and perfect image stabilization that my two sets of mirror-free cameras provide.

I know it was a bit sneaky to have included a Panasonic fz 1000 to my camera selection on Monday night, the day before I headed out, but I was really pleased to have it along with me. After half an hour of shooting we dropped the Think Tank roller case full of Nikon stuff into someone's office and spent the rest of the day shooting about 1200 total files in a fast moving blitz through the manufacturing floors and the R&D areas. I could get very tight with the longer end of the Panasonic zoom and I could get relatively wide which made handholding the camera even more stable.

The built in, electronic level was very useful but the image stabilization is so good in this all-in-one camera that I'm thinking it rivals the I.S. in the Olympus EM-5.2 (See hand held shot above).

I have been reviewing the images I took since I got home a little while ago and I am pleased with all the various work we created. It should be an ample trove of images with which to create a first class website with.

The cherry on the top of the trip for me was the flight out of Newark this morning. Our Southwest Airlines flight left right on time at 7:30 am and was scheduled to get into Austin at 11:05 am. We ended up arriving almost one full hour early. Amazing. And the flight was half full. Comfortable.
I was home conferring with Studio Dog about strategy before lunch time. Very grand, I'd say.
Posted by Kirk, Photographer/Writer at 14:02 7 comments: