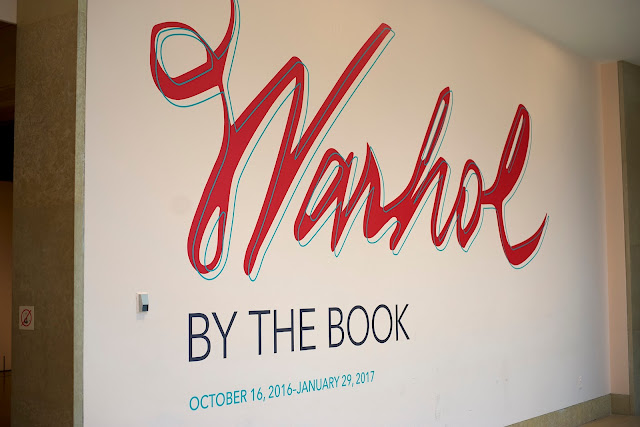 I thought I knew about Andy Warhol. Painted Campbell's soup cans. Did big lithographs of Marilyn Monroe, with bright colors. Got stabbed like 32 times. Founded Interview Magazine. But I have always liked his work and wondered what the Blanton Museum could add to my small Farley File of information about the artist who helped define Pop Art. The answer was: "A lot."

With over two hundred and thirty paintings, lithos, silk screens postcards and books in the show it's an amazing insight into just how prolific Warhol was. In addition to all the two dimensional visual art he produced he also wrote and made movies. In my mind he was the precursor to a generation of mixed media artists.

As usual the Blanton has done a great job of curating and sequencing the show. It's one thing to see Warhol's work writ tiny on the web and in magazines but it's another thing entirely to see it hung well and lit to provide maximum impact. And the size of the work is positively addicting after years of seeing art on dismal, little screens.

I highly recommend the show. It shares the first floor with the Xu Bing show I commented about earlier in the year. While the second floor galleries are currently closed for renovation I think you'll find the two shows on the first floor to be well worth the trip to the museum. The Warhol show was just like candy --- but without the sugar crash. 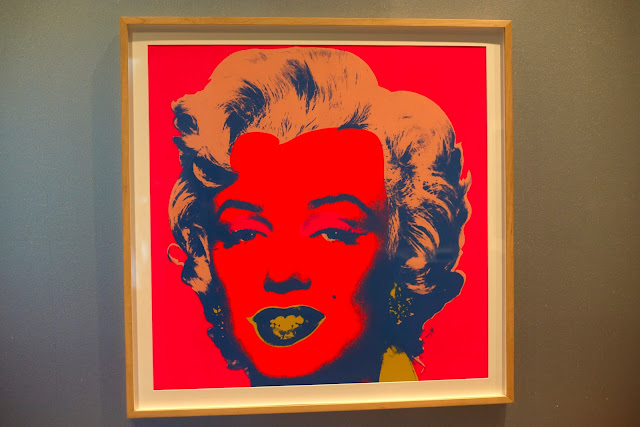 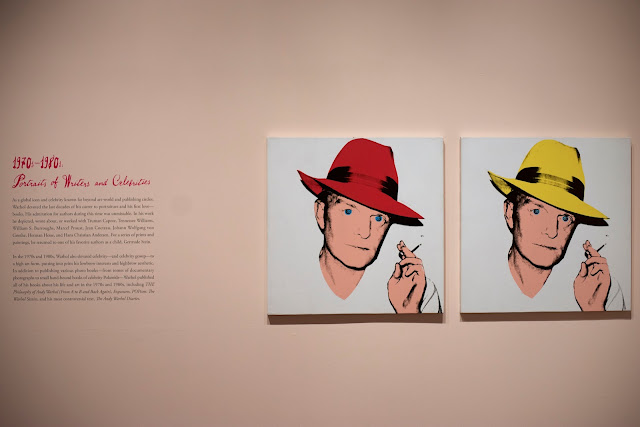 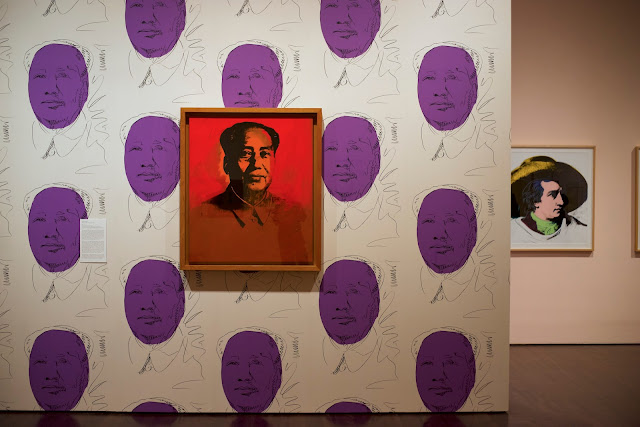 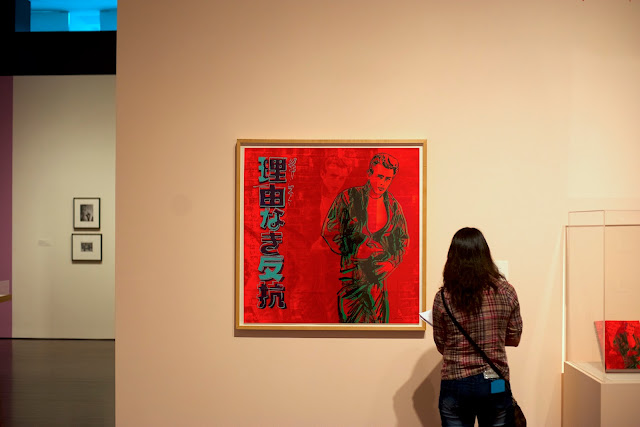 Posted by Kirk Tuck, Photographer/Writer at 15:38

Thanks for the info. I like Andy Warhol's work. I think I may take a drive down to Austin to check it out.

I'm a big warhol fan and loved the show they put on at Tate modern, gosh, must be well over a decade ago now.

Along with the soup cans etc. The main thing that stayed with me was the video portraits (screen tests) ... Brilliant in their simplicity, honesty and cruelty.

And the 24 hour shot of the empire state building. So everyone could project a window showing it on their wall.

Real depth to the work which is often overlooked in favour of the style and aesthetics.

What a treat! I've always loved pop art, and of course Warhol, but in the last year my appreciation for him and his work has increased dramatically as I started to understand, on a much deeper level, exactly what he was trying to do. I always had him pegged as the ultimate jokester, or con-man....getting people to pay top $$$ for a silkscreen of a photo he didn't even take himself, while calling it "art." The ultimate "anti-artist" artist. But in the last year I realized that was much too cynical a view, and that he was onto something much deeper and more profound than just ripping off art collectors via magnificent marketing. (And that really was his TRUE talent, though he certainly was a gifted artist as well.) Now I understand there truly is a spiritual, moral message he was trying to get across to the masses, but I'm not sure how many understand it, or appreciate it. I know I certainly didn't for a very long time.

Can you put his message into words Ron? Or at least an approximation? I still struggle with his work.

Seeing it in the flesh the whole point about mass production and repetition and media representation of events and people comes across in a way it does not in books or in posters.

He began drawing shoes to illustrate brochures. More and more shoes until his hands were wrecked. This informed his technique but also gave him a starting idea.

The mass repetition highlights the art in the everyday, the superficiality of some of it and the care in which our understanding of the world through media and advertising is formed.

The video portraits are amazing. Videoing people until their poses crack and you see them as they really are.

The empire state building one was art to allow anyone to have an amazing view of manhatten.

Where Dali was quite cynical (signing blank canvases) warhol was informed by his poverty and overseas roots.

Patrick Dodds -- The starting point for my new awakening regarding Warhol goes all the way back to the early days of the Eastern Orthodox Church (Greek, Russian, etc.) and their use of an artform in Christian worship called iconography. It's still very much alive and well to this day, and the Roman Catholics have adapted some aspects of it, one of the most famous being a painting of Jesus commissioned by the Polish nun Faustina Kowalska know as "The Image of Divine Mercy". Religious icons are far more than just art, they are viewed as a means to help a person get closer to God. While there is often an "original" image, the success of icons is measured by the popularity of their reproductions, for instance, Da Vinci's "Last Supper", and the already mentioned Image of Divine Mercy.

What I realized is that Warhol, especially when he started off with the Campbell Soup cans, was basically creating a secular iconography, showing that there is a kind of sacredness and nobility to even the ordinary soup can. In photography, we see the same sort of thing from Eggleston with his being "at war with the obvious"....deliberately taking pictures of very ordinary things to who that they can, with the right perspective, be extraordinary.

Of course, religious iconography almost always deals with portraits of the great Christian founders: Jesus, Mary, Joseph, infant Jesus, John the Baptist, and so on. So Warhol does the same in the secular realm with Marilyn Monroe, Elvis, John Wayne, Jackie Kennedy...taking existing "icons" and giving them their own iconography.

I hope this makes sense.