A few thoughts on the new Hasselblad medium format camera. Just a few... 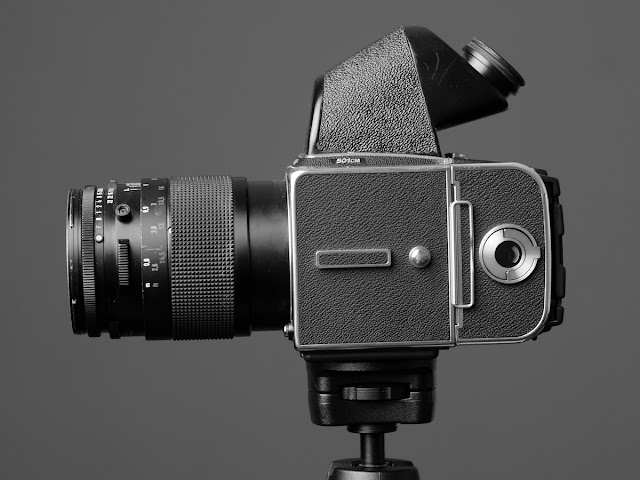 I think it's interesting to see all the old players in the camera market scramble to try and divine just what the modern consumer really wants, and where the profitable niches still exist for their brands. Hasselblad has been floundering since the dawn of digital and there are probably more reasons than most of us know for their perilous situation.

I have been a Hasselblad user for a long time. Well over twenty two years. I've watched them (with sympathy) go from being the prestige camera maker, favored by the top working professionals in photography, to a company trying to re-brand decent cameras from Sony and then price them as though the addition of the H-Blad nameplate was a tremendous value-add.

I think it's important to understand what initially made the Hasselblad product so sought after; pre-digital. I think the single most defining feature of the V series cameras had to be the square aspect ratio. This allowed the camera to be used in exactly the same way whether shooting with a vertical or horizontal intention. This meant that the camera never had to be turned sideways. While it was a very convenient way to shoot it also made it incredibly easy to shoot images square for final use. Legions of portrait photographers and artists of all types came to find the balance and integrity of the square to be very valuable. Seductive, almost.  In truth, I had no real loyalty to the Hasselblad brand but I have been (as a medium format practitioner) very loyal to creating in the square. In addition to the Hasselblads I have owned, I have also owned, and been very happy with, the Mamiya 6 cameras (square, 6x6) the Rolleiflex 6000 series cameras (square, 6x6), the Rollei twin lens reflex cameras (square, 6x6) and even the occasional Yashicamat 124G or the Mamiya C220.

The common denominator across all these cameras was the wonderful and glorious square.

Now, I have a bit of background in semiconductor technology and I understand very well that making larger sensors with a high yield is a very, very expensive proposition. In the early days of making medium format sensors the aspect ratio of the chip dies was a direct result of the need to maximize the use of wafer space and that meant using a rectangle. Making a large, square sensor for what was perceived as a very limited market was just illogical. In fact, I'm willing to bet that Dalsa and Kodak didn't get around to offering one to the rarified MF market until much further into the evolution of medium format cameras. But, in point of fact, by denying previous customers of one major attraction to their products, Hasselblad was already falling down.

Continuing along the evolution of the digital products, the other major attraction of the square, film Hasselblads was the sheer surface area of the film. Having a 6 by 6 cm canvas to create with meant that lenses with longer focal lengths were required to get the same angles of view as smaller formats.  This meant that the optical signature of the system was much different. At any angle of view the fall off between areas of sharp focus and out of focus was much quicker and much more pronounced. I call it focus ramp but other people (wrongly) refer to the effect as bokeh. Some of the allure of all the film medium format cameras was the way the longer lenses elegantly separated the in focus subject with an out of focus background. With the need to engineer and design around much smaller (geometry) sensors, early on, (and still, today) the visual results of today's MF systems offer a compromise; the focus falls off more quickly than does that of a 35mm equivalent but much less quickly than it's run-of-the-mill ancestors.

So we don't get the square and we don't get the full effect of the focus ramp I've described but what we did get was a frightfully expensive series of cameras that required a whole new series of lenses and provided (as a minor justification to the absurd cost of said lenses) us with autofocusing, which most of the intended consumers for the product neither needed nor wanted. Gosh, this just sounds worse and worse as I write all down....

In the film days one could pick up a decent and highly functional, used, square body for about $800 and a nice 150mm portrait lens, complete with T-star coatings, for about $1200. You could put down your $2K and start shooting fashion, portraits, editorial stuff. No problem. But in the mid-era of Hasselblad's engagement with digital we were looking at bodies in the $30,000 range and the need to buy a totally new collection of much pricier lenses. It was almost as if the company (already a lux maker) had used the move to digital as an excuse to make insane price increases.  And all for cameras with small, 645 aspect ratio sensors, and a handful of pricey lenses made under license by Fuji.

The market voted with their feet, and out of necessity all the but most well heeled professionals opted to figure out how to make cameras from Canon and Nikon work well enough to serve their markets. The cost of entry into Hasselblad's version of the future was just too much to bear for the vast majority of photographers who had loyally used their products for decades.

So, now they've hit the wall and they are looking for a brand new camera (with a brand new set of lenses) to save their bacon. Maybe the X1D will be the camera that will save the company from oblivion. But I don't think so. It looks cute. It's small and seemed nicely designed (thank you, ex-Volvo designer....) but it just seems so much like what Bronica did as a last gasp to hold onto their film customers. They came out with a 645 rangefinder body, along with a small line of slower and less expensive lenses and it was a marketing failure.

While I'll admit that not everyone shares my love for the square I think that Hasselblad dropped the ball on a good opportunity to differentiate this camera--- and by extension, their brand --- by not having the camera use a square format sensor. But the major failing is their inability to read the current market. One of the reasons Sony has seen significant growth in their A7xx series sales is the fact that by going digital and reducing the space between the lens mount and the sensor, they created, essentially, an open architecture that allows users to try just about any interchangeable lens on the market. Why does this work? Because there is a shutter in the A7xx body. The new Hasselblad system, based around the X1D, is designed with shutters in each lens and not in the actual body. You might be able to source an adapter sometime in the near future but if you put lenses on from other systems there is no shutter with which to actually take a photograph!!!!!

For around $14,000 you get a system that locks you into using either the large and expensive H series lenses or the two new (slow)  X1D lenses that were announced with the camera. The sensor in the camera may have twice the surface area as the familiar 35mm camera sensors but in terms of linear differences it amounts to barely more than a single digit percentage increase. In comparing the sensors in the Sony A7R2 and the X1D it's just a difference of approximately 7900 pixels (Sony) versus 8200 pixels (H-Blad). It's certainly not enough to make any difference at all in normal print sizes. And there's no matching portrait lens to boot.

Continuing with the comparisons the Sony and the H-Blad have the same EVF resolution numbers and while the H-Blad specs show a hopeful 14 stops of DR the Sony is already in that ballpark, according to DXO. I wouldn't be surprised to find out that Sony makes the sensor (and maybe even the engine under the skin...). The appeal is limited by Hasselblad's limited vision of what consumers really, really want and what professionals really, really need.

It's a cute little system that's out of the budgets of most amateurs while being too limited (lens selection) to suit most professionals. And, from my personal perspective, $14,000 in 2016 should buy you 4K video performance. The camera is limited there too. Ah well, it was never aimed at me...It's not square enough. 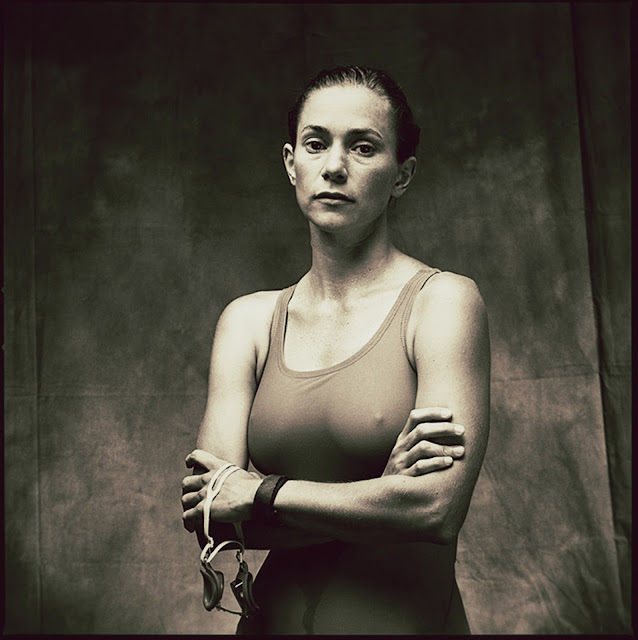 Posted by Kirk, Photographer/Writer at 17:19 15 comments:

A few days ago I wrote a post about lighting on location with LEDs. Here's how the final image looks. 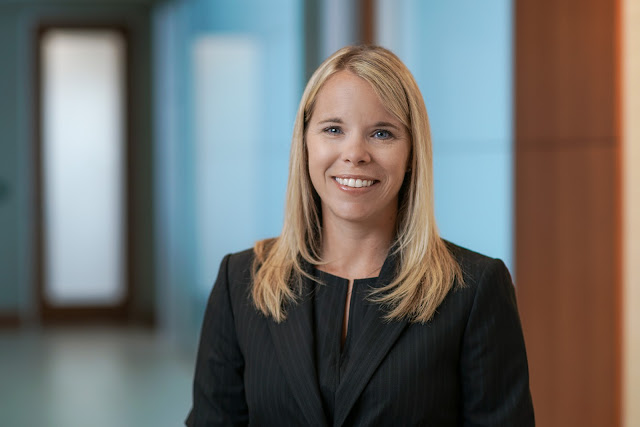 Several days ago I wrote a post that showed how I was using LED lights to illuminate portrait subjects at a law firm here in Austin. I wanted to follow up that description of the technical stuff by showing what the final result looks like so you can better understand what I was trying to accomplish at the shoot. The image above may not be the one finally selected by the client for inclusion in their website but it is a good example of what we were going for. No major retouching has been done.

To refresh, the taking camera was a Sony A7R2, using a Rokinon 85mm t1.5 cine lens set at f2.8. My goal in lighting is to first make the subject look great while matching to a consistent look for all the thirty+ images I've made for the same company over the last few months. My lighting goal is to control the color and quality of the light on the subject while effectively blending the existing light from three different, continuous sources (exterior through the windows (blue/cyan), mixed spectrum florescent, and more yellow spectrum from compact fluorescents in ceiling cans). The effectiveness of precisely targeted, custom white balancing can not be underestimated.

(Sorry for the delay between the first blog and the example photo. I wanted to receive permission to use my client's portrait before posting it here. Not necessarily required but very appropriate....). 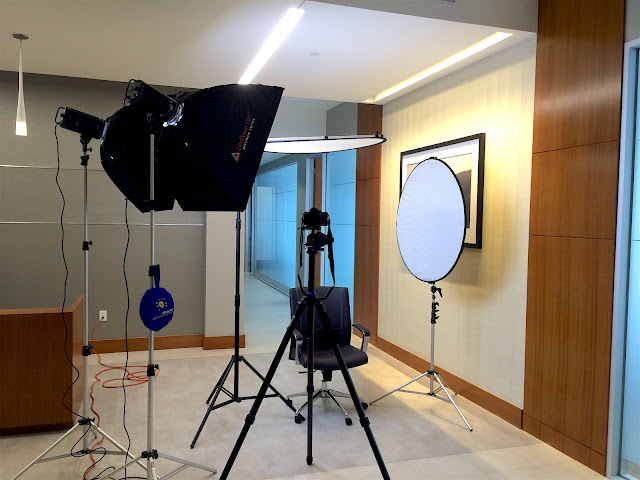 Posted by Kirk, Photographer/Writer at 10:53 8 comments: