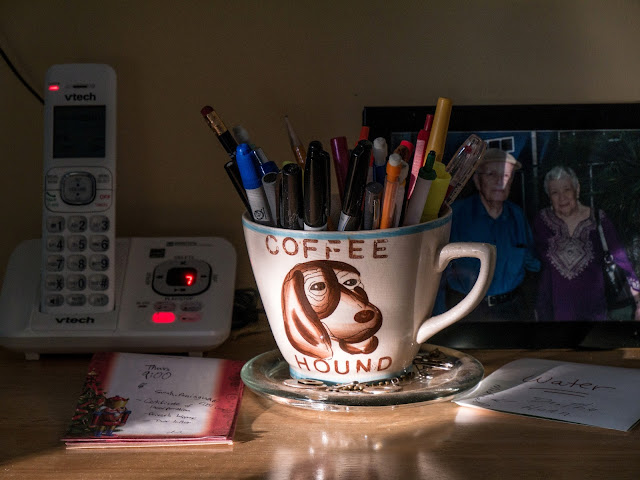 I woke up this morning fifteen minutes before the alarm on my phone was set to go off. I went into the kitchen and saw this shaft of light hitting the coffee cup that holds our pens and pencils at the ready and I reached for my camera. I also took as the intention of this single ray of sunshine to act as a sign, guiding me in search of coffee. I had two things that I needed to get done today. One was to have lunch with an interesting advertising peer and the other was to go to the theater later in the afternoon and take photographs of dancers and actors for the new production just heading into rehearsal, "In the Heights."

There were other things I need to get done but none as pressing, I thought,  as those two appointments; they were the only ones with hard deadlines. It was early when I pulled out a pair of hiking shoes and pulled on an old, gray sweatshirt to keep me warm against the 52 degree breeze. It's Springtime in Austin and, even though it was a bit on the chilly side, a pair of khaki shorts is de rigeuor. I left the house at 7:30 ready to break in the new camera in the stable; the G85. I was also interested to see just how good (or bad) the 12-60mm kit lens really is.

I pulled the battery I had been using out of the camera and stuck it on the charger. I grabbed two freshly charged batteries, stuck one in the camera and the other in my pants pocket. I made sure there was a clean, fresh SD card inserted in the camera, and I headed downtown.

The camera is very good with exposure. I needed to use the exposure compensation control only occasionally and it was always with darker scenes which could benefit from minus 2/3rds of a stop, or one stop, of compensation. I was very pleased with the auto white balance and find that this is one of the few cameras I've used that even handles tungsten lighting very well. The resulting tungsten lit files were not tinged with orange the way the files from some of the competing cameras sometimes are.

The blue sky is nicely rendered and matches, color and saturation-wise, what I was seeing as I was shooting.  The camera is solid but with the light weight kit lens becomes a very reasonable package to carry around all day long. It's light enough not to be a burden but stout enough to have some mass. And, compared to most DSLRs it's quite small. The EVF has good magnification, significant range in the diopter, and a bright, almost "high eye point" image.

But here is my one piece of unalloyed praise for this under $1,000 camera today = It has the best shutter sound and shutter feel of any camera I have ever used; including Leica's best film cameras,  Alpas, anything. I would buy the G85 again in a rush just for the tactile and aural superiority of this shutter system. The camera has a silent mode but it seems redundant. The shutter is quiet but beyond that, I can't imagine any human hearing it and not smiling with a sense of satisfaction. It's that good.

I got back to the house and checked my messages. Oh no! There was one from the theater. Our photo project was well vetted by the marketing people but ran aground with someone in production. They decided, at the last minute, to scrap the shoot we were trying to produce. It's too bad as I was really looking forward to setting up some large (and small) flashes and having fun shooting wonderful actors and dancers with my new camera and lens. I'm sure the shoot will be revived sometime soon. It sometimes happens that way. At least I don't have to pull equipment out of various cases in order to custom pack for the lighting vision I had in my head for later this afternoon.

That leaves a nice hole in my schedule for a nap. I wonder if Studio Dog will share a piece of that couch? It's worth a shot. 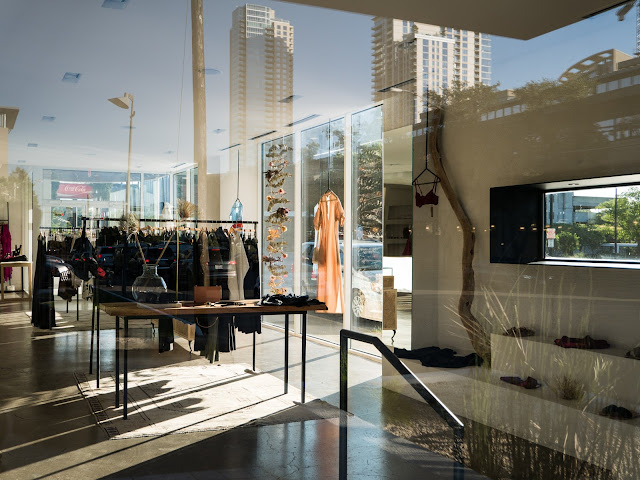 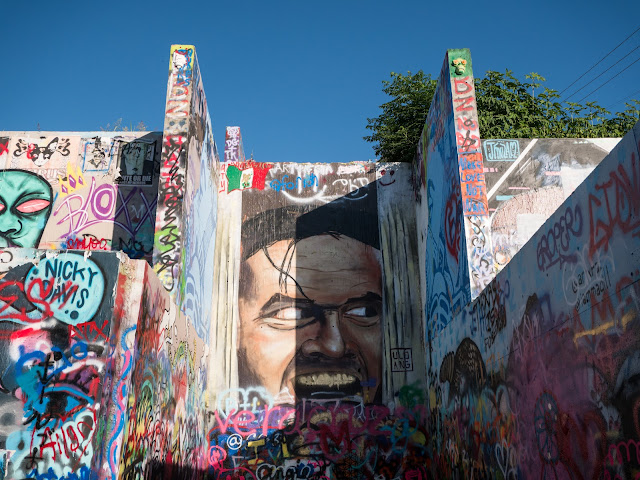 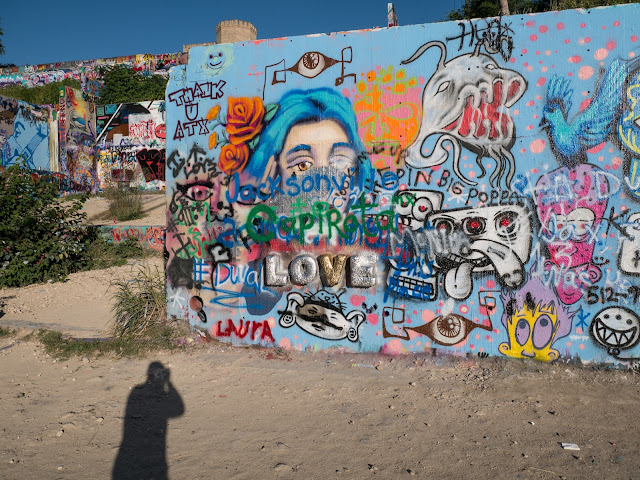 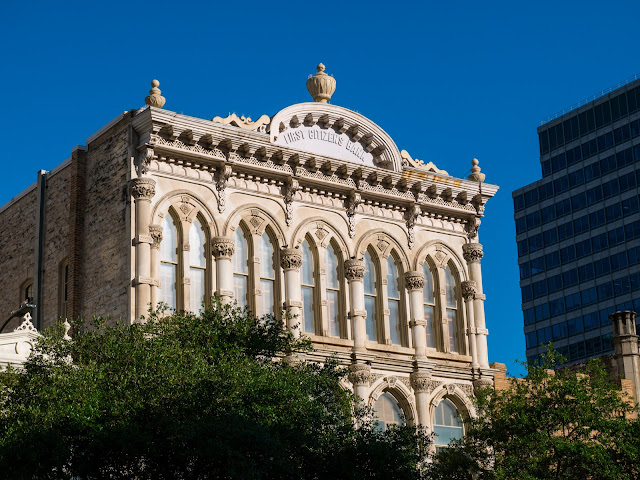 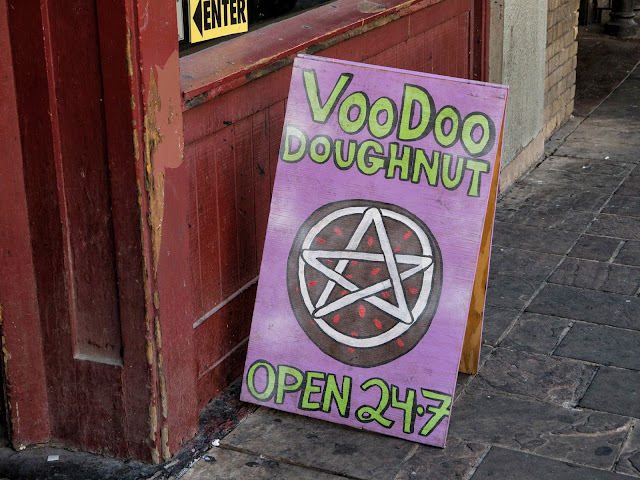 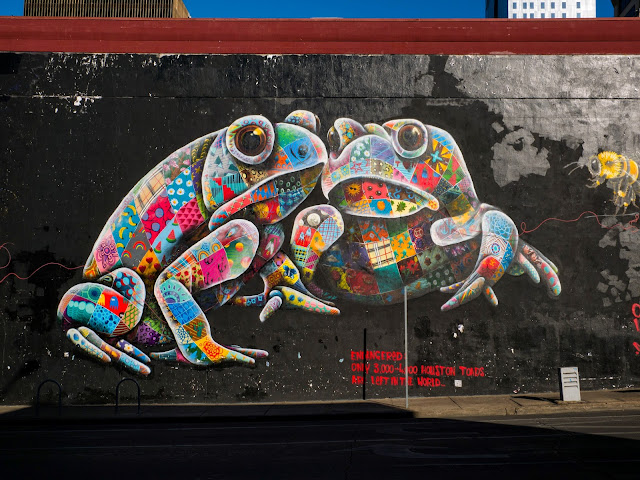 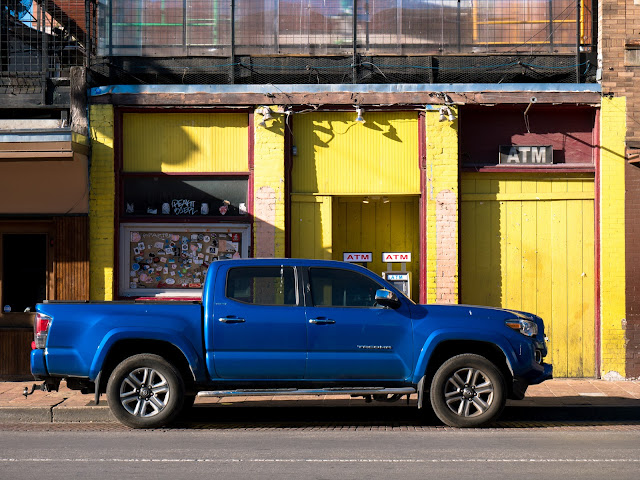 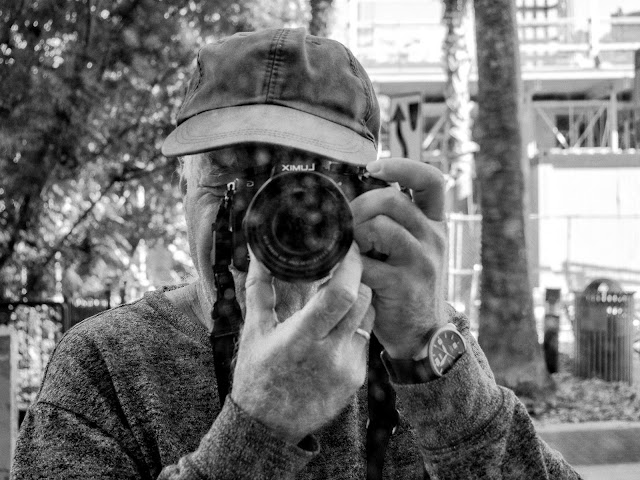 Shooting my reflection in a very dirty window.

Posted by Kirk Tuck, Photographer/Writer at 15:03

The kit lens looks good. great colors. I like panasonic a lot my self. Some might call the camera looks boring. But i Call it not attracting attention. It gets out off the way n captures what you intended it to capture.

This blog and my morning coffee is my favorite start off the day, when i got the time.

I right click and open in a new tab, peruse the image, and then enlarge to see how good or bad the 12-60mm lens is. I'm expecting kit lens behavior. It looks really good. No nasty or harsh out of focus blur. It may not be up fetishist of blur standards at TOP but looks really good. It's sharp across the field. Looking at the price of the G85 body only, the lens is basically free. Looks like the best deal of the year.