A few thoughts on the Panasonic GH5 announcement.

Will this camera be the nail in the coffin for traditional, flapping mirrored DSLRs? Well, maybe not this camera alone but a combination of cameras like this and the Olympus EM1.2, along with better and better cellphone cameras. Why? Because cameras like the GH5 offer a much, much better value proposition at a competitive price.

What!? Well, we can start with professional video capabilities. The GH5 blows away anything consumer Nikon and Canon cameras bring to the table, along with usability features to make shooting video comfortable and convenient.  Seems that Panasonic followed a trend pioneered by Samsung in that they are speeding up image processing with faster, state of the art microprocessors that make tossing around the imaging information quicker and more detailed. It's almost like Panasonic dropped a 500 HP, turbo-charged motor into a Civic body (with better suspension) while companies like Canon and Nikon (especially) are dropping Fiat motors into one ton pick-up trucks.

With their latest product introduction Panasonic's new camera goes toe-to-toe with Nikon's D500 in terms of focusing speed, lock-on and frame rates but doesn't then drop the ball by making the 4K video lame and under spec'd. They do it all with good battery life and a convenient size and weight.

If you look back at all the good photography and video work people have done with the GH4 and then look at the specs for the new GH5 you'll see that it's the current, ultimate hybrid imaging camera of the moment.

There's a lot to like about the GH5. It's a robust camera body combined with video features that few cameras at any budget can match. I'm looking forward to the first firmware update which is rumored to allow 4K imaging at 60 fps in 10 bit, 4:2:2.

Will I run from Sony to embrace the Panasonic wundercam? Naw. Not till I've watched my friends work with the ones they are sure to buy. Truth is that I'm enamored of the Sonys because I now feel that I totally understand them. How to use them. How to process the files and what to feed the imaging chain in order to get the results I crave. Part of my investment is my investment in the learning curve of mastery. That has to be a consideration now in any upgrade.

But that doesn't obviate or negate my contention that faster processors, mirrorless designs, and EVFs are fast eroding the market for traditional cameras in the hands and minds of enthusiast and pros. Kodak showed us that having huge, dominant marketshare is not defense against a sudden disruption in the marketplace. 2010 represented the bleeding edge for the trend of moving to mirrorless but we are quickly coming to the fat spot in the curve. Hold on to your hats because we're about to accelerate the transition.

Could this be the year that both Nikon and Canon capitulate and start killing their own products in order to make their transition to products that people will really want?

The GH5 is a well thought out camera. It's not a consumer photography camera. It's a professional visual content creator camera that is first a competent video camera and secondly a competent still camera. It will sell because thats where the market is moving.


Posted by Kirk, Photographer/Writer at 22:01 5 comments:

What the heck happened to Nikon? Did they just give up? 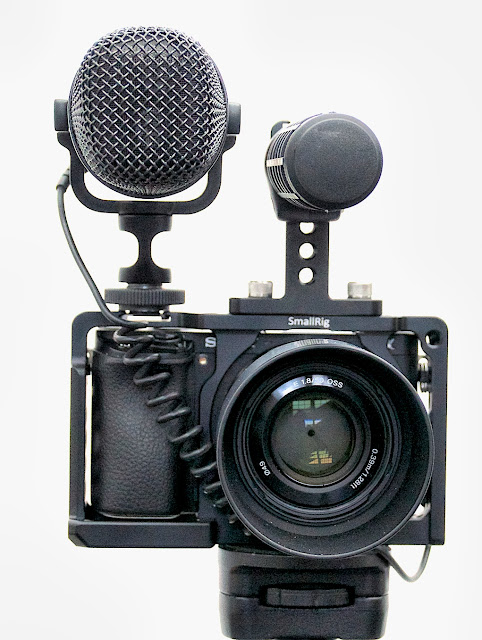 Not a traditional camera.

I'm mystified by the latest trend in advertising for Nikon products. I looked at their feed on Twitter only to find an ad that told me, boldly, that 92% of Americans wanted 360 Imaging and that the Nikon Key Mission cameras was just the family of cameras fulfill that need. In fact, Nikon's advertising states to me that up to 15% of this 92% desire to use the camera when "getting intimate." To which I respond, "What the hell has their advertising agency been smoking? And how many product managers have been hospitalized for utter stupidity?" This is not an attack on Nikon products but the incompetence of their advertising personnel in north America. The attack on the products comes later...

I made a reply to Nikon (also on Twitter ---- just like the president elect...) telling them that I seriously doubted some 280 million people even had any idea of what 360 Imaging was, much less having a desire to buy some. I write daily about photography and I have no real idea of what the hell Nikon was trying to say in their ad. "Key Mission"? Is that latin longhand for "WTF"?

Then some wild eyed Nikon fan boy, who feels that the credentials of graduating from Central Florida Investors College and Trade School give him license to lecture me about advertising, wrote in response to call me "grandpa" and state that I must not understand enough about social media to scroll down and read the (initially occluded) fine print (two point type) at the bottom of Nikon's twitter ad. I went back to Twitter to see what he was talking about and laughed even harder.

Apparently Nikon extrapolated their 92% number from a survey sample of 1,000 people. Chosen at random? I hardly think so.

Look. I get it. Nikon is panicking and grasping at straws. They've made a nice copy of a Go-Pro action camera and are desperate to sell it. To sell anything. But even though "Lying With Statistics" was one of my favorite books when I was in the advertising business, wishing something was so doesn't make it so.

A large portion of 92% of American adults over the age of 18 don't give a rat's ass about photography and many more don't have a clue what Nikon is talking about. Nikon's ad is an insult to the intelligence of real photographers and, in fact, to most consumers.

Here's what Nikon really needs to do: Fire your north American advertising agency and find an agency with balls and brains. Figure out what products you make that are good and worth owning. Sell those products by telling us about their features and the benefits we would accrue from taking advantage of those features. If it turns out that the only two products that are worth more than a good spit are the D500 and the D810 then just concentrate on making those and talking about them in your advertising.

Fix all the broken crap you've stumbled over in the last few years (two different recalls on my D750s... oil on the D600 shutters...D810 horrible back focus...) and apologize to those nice customers who've been patient enough to keep buying your stuff. Then....

Go out for a long walk with a Fuji XT-2 in your hands, or a Sony A7Rii, or an Olympus PenF, and see what the f#ck you are missing. For God's sake, at one time your company made great rangefinder cameras so the whole idea of designing and making a nice product should not be a frikking mystery. Just pretend you are designing an S series rangefinder then put an EVF in the viewfinder and a CMOS sensor in the film plane. Fill in the rest with current imaging technology. Market the crap out of it and let everyone know that you thought of it back in 1948.

Just give up on the jellybean design cameras. They've had their run and everyone is tired of the form factor, the kludgy-ness and the desperately poor, pentaprism viewfinders. No more boring stuff.

Don't screw around with CX mount this or DL that. Kill the small formats that you so obviously hate and concentrate on bringing a decent, full frame, rangefinder style, EVF enabled, camera to market. And while you are at it spend a few dollars more and upgrade the processing chips you spec to something that's not so cheesy and budget-y so you can actually offer faster frame rates, 4K without desperate cropping, and all the other stuff we savvy consumers expect (and deserve) in 2017. Oh hell, while you are getting the facelift and the marketing tummy tuck why don't you just max out the corporate credit card and make the video better than everyone else's? Faster frame rates, more bit depth and even the ultimate splurge: 4:2:2. And while you are catching up with the rest of the industry also try fixing your almost absent AF ability in video mode.

Or you can keep making up fatuous statistics, pushing out defective products and swigging beers on the loading dock of international commerce while you watch your market share shrink like my favorite jeans dried on hot. We just don't have to care because we've moved on.

One last suggestion, sell the name to some group of European scarf makers while it's still got some value. At least you'll have the last laugh.

Posted by Kirk, Photographer/Writer at 21:33 27 comments:

The quality of good video depends on so much more than the performance of your camera. 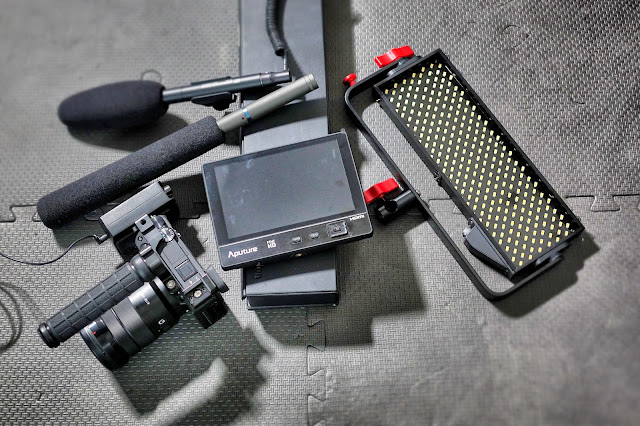 Let's get the obvious stuff out of the way first. The primary driver of watchability for a video is first, how interesting/compelling is the idea you are communicating. Second is the quality of the script. After acknowledging those two things we can dive into the technical morass that seems to surround any project that is made with fun gizmos and tools.

From what I know of the photography business and what I've seen and heard in the video business pretty much everyone is obsessed with cameras. It's a subject that comes up endlessly and one that gets argued all over the web. Which camera is best? Which files are best? Should I shoot 4K or 2K? Should we invest in Zeiss Primes or go all out for the Leica primes? Should we stick to zooms? Can a camera be any good if it doesn't cost more than $10,000? More than $2,000? Do you need to have a touchscreen? Is Canon better than Sony? Can a project actually be done with a micro 4:3rds camera? Will clients run screaming from the room if you aren't writing files to an external recorder? How will we mount the camera? What cage should we get for our camera? Is the rosewood grip better