Inexpensive flash accessory. Not much money for much enhanced performance in my softbox. 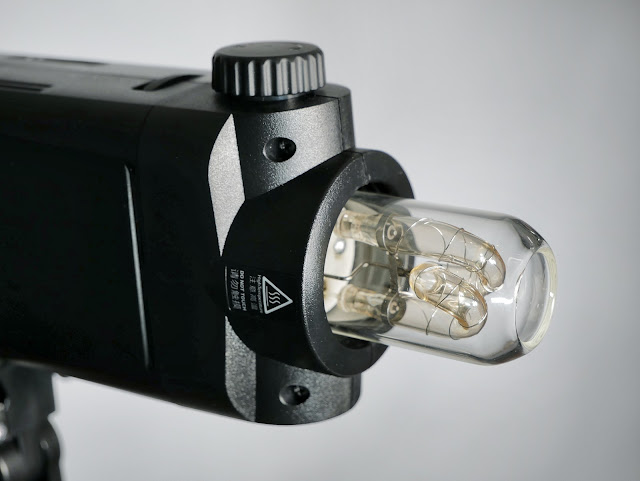 The object above is the business end of my Godox AD200 which is a cross between a portable flash and a mono-light. It's small and agile and comes with a powerful, rechargeable lithium ion battery that pounds out about 500 full power, 200 watt second flashes. The even cooler thing is that the AD200 comes with two different, interchangeable flash heads. One is the bare bulb flash tube in Pyrex that you see in the illustration. The other is a more conventional flash head, like the ones you see used with on camera flashes. That head has a small, LED modeling light incorporated into the package. The bare bulb head has no modeling light.

The reason to have the bare bulb flash tube is for how well it spreads light into a softbox or even big umbrella. But there is a diffuser that gives you a bit more control over that spread. With the diffuser in front you get a 180 degree light spread which is more efficient (and slightly less "spill-y" than the bare tube). It's well designed and even has ventilation for the flash tube. That's a nice touch.

I used it both ways; with and without the diffuser and I found the light across the front of the 32x48 inch softbox I like to use to be more even and to have a softer quality to it overall. And there's very little light lost -- maybe 2/3rds of a stop. For a bit less than $20 it's a great addition to your AD200 flash system. Nice when a cool tool is so affordable! 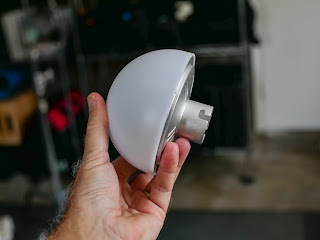 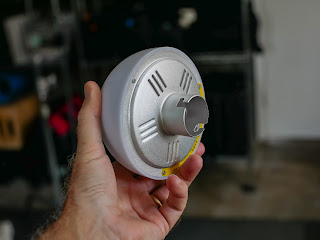 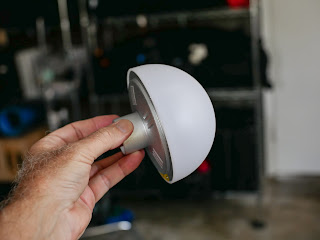 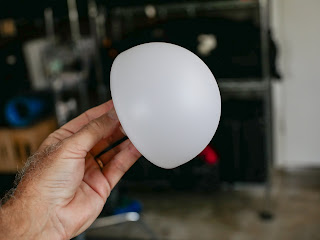