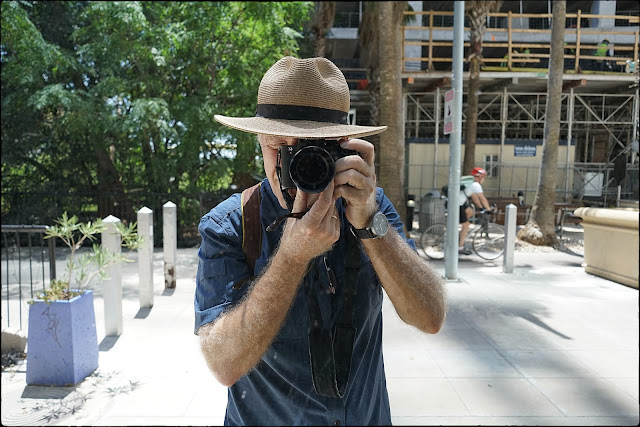 I think everyone has a few screws loose, if you look hard enough, or long enough. I know what one of my main hiccups is; I love change. Even if it doesn't make sense I still love change. Every once in a while I catch myself. About a week and a half ago I bought a Panasonic GH5 and the Olympus 12-100mm f4.0 Pro lens. I immediately used the combo for a paying gig and loved it. The camera feels pretty perfect in my hands and those crafty engineers seem to have put all the buttons exactly where they thought I'd go looking for them. But the real shot of espresso shot in my experience with the camera and lens combo was just how nearly perfect the lens turned out to be. This of course whetted my appetite for more Olympus Pro lenses. Many more Olympus lenses.

I wasn't nearly busy enough last week to stave off boredom of the most pernicious kind. Sure, I had another Philip Kerr novel languishing next to my reading chair, and I had a few lunches with clients lined up but it's August in Austin and that means everyone is doing everything in their power to avoid dealing with the relentless heat. Everything slows down. Business slows down. Socializing slows down. Naps get longer....

Like many of you I gravitate toward a path of least resistance. For me, last week, it meant cruising all over the web looking for anecdotal evidence to support my contention that owning as many of the Pro series Olympus lenses as I could gather up would irrevocably result in me becoming the world's greatest photographer and videographer. Then yesterday I went to the Blanton Museum and saw an amazing three screen, video/multi-media exhibit called, "GIANT" by Teresa Hubbard and Alexander Birchler. The video presentation and the accompanying audio was amazing (if you're in Austin you MUST go). I walked out of the museum after seeing the presentation three times, newly convinced that I would spend the rest of my life trying to do video art like the work I'd just seen.

By the time I got home I (and boredom) had convinced myself that the way forward, at least for now, would be to buy a second GH5 (the two camera angle set-up) along with the 7-14mm 2.8 Pro lens, the 25mm f1.2 Pro lens and maybe also the 42.5 Nocticron --- just for good measure. An easy way to finesse the whole deal in less than 24 hours would be to take my Sony gear to my local camera store and trade it in on the whole ball of Panasonic/Olympus wax.

After swim practice this morning I came home and packed every vestige of Sony product up in a big hold all and headed to the camera store. I had previously arranged to meet my friend and video mentor, Frank, for coffee on the way to my own private Shop-A-maggedon. So I joined him and filled him in on my new plan for personal photo and video domination. He asked a few pointed questions and then smiled and laughed and said something along the lines that this would be the 8th big system switch I'd undertaken since he's known me and it hasn't changed my style much at all, anywhere along the line....

In my gear-addled state I took that all to mean that he massively approved of my basic camera logic and wished me godspeed to the camera shop. But a funny thing happened as I drove away and the coffee kicked in; I started thinking with some basic logic for the first time this week, about the whole idea of yet another massive equipment turnover.

If I thought about it rationally my reason for buying the GH5 and the 12-100mm was to make better video. When I drilled down into the lode of logic so recently surfaced I realized that the 12-100mm was enticing specifically because it held the promise of being an "everything" lens (and a damn good one). From the widest focal length I am normally comfortable using to the longest. All in one package. With great performance at every stop and every focal length. All the other "Pro" lenses I was considering were desires motivated by that hoary hold over from the film days: covering all the focal lengths. They weren't lenses that would necessarily get much use...

When I looked into the bag full of Sony stuff I started matching up memories of past successful jobs and stellar shots done with the individual cameras and lenses and I realized I'd be decreasing my shooting and creative options, not increasing usefulness.

The two lenses that punched me in the face and stopped me in my tracks were the Sony 70-200mm f4.0 (which ends up being my default headshot lens) and my very recently added 85mm f1.8 FE lens which has quickly endeared itself to me as one of the fabulous portrait lenses whose eloquent performance I've had the pleasure of knowing. I had less regard for the 28mm f2.0 FE but mostly because I'm indifferent to the actual focal length. I'm stone cold neutral about the 24-70mm f4.0 Zeiss lens but mostly because I see it a very utilitarian tool. Not a glamorous formulation. A workhorse but not a diva.

I was halfway to the store by the time I realized that my impulsiveness had nearly cost me one really good and useful system while trying to hypnotize me into believing (once again) that new gear would yield entirely new outcomes for my engagement with my craft. I took a deep breath and realized that I liked my Sony stuff. A lot. And I've had two years in which to get used to it. That's almost a record for me in the realm of digital camera systems and I thought to extend the record instead of crashing and burning.

So, Frank, if you are out there reading this: I got halfway there and turned around. I might add a few bits and pieces to the Panasonic stuff I've recently acquired but you were right when you (pointedly) asked if I might not miss having the full frame stuff. I know my rationale was glib but, HEY! I used to be an advertising copywriter. If I can't figure out a sellable rationale for buying something then I will have totally lost my advertising touch.

So, this afternoon I pulled out the Sony A7Rii, pried the battery grip off the bottom and stuck in a freshly charged battery. I put the 28mm f2.0 on the front and tasked myself with the responsibility of getting to at least know that much maligned and ignored focal length. It was hot and humid in Austin this afternoon but the camera and lens were balanced, trim and almost dainty. Much less of a burden than the GH5 and the 12/100mm lens.

I didn't shoot much but I did come to understand (yet again) that it's okay not to do everything in an "all or nothing" manner.

Now I have the luxury of two groovy systems. What a nice problem. 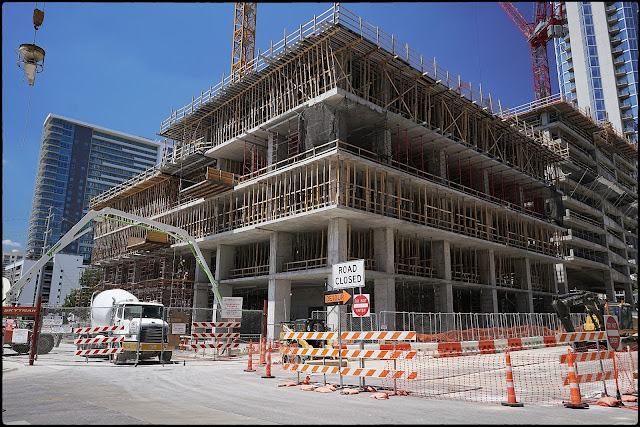 Not a literal self portrait.
Posted by Kirk, Photographer/Writer at 18:27 20 comments: