I just had to go out and do a quick test of a lens I'll probably use less than most of my other lenses. It's the Panasonic/Leica 8-18mm. 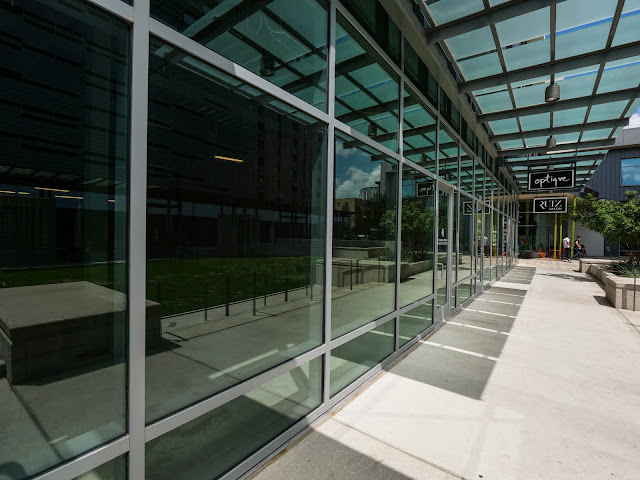 As most loyal readers probably know I think of wide angle and ultra wide angle lenses as an afterthought. But when shooting commercial work there are often requests to, "get the whole lab, from side to side, in the shot." Or, "Can you get this entire group in the shot from about 10 feet away?" Or, "Let's shoot this scene from inside the car/truck/plane/boat." And in those situations client retention does call for some focal length flexibility. In my full frame Canon days my widest lens was the 20mm f2.8 and I used it whenever I needed to do architecture. With the full frame Sonys I try to make everything fit into the 24mm wide end of the 24-70mm zoom but use the Rokinon 14mm when I know I'll have time to spend correcting its massive distortion...(a lens profile in Lightroom is a big help).

So now that I've dived into the Panasonic cameras and am putting together what I think will be a video centric imaging system I've decided not to dance around the need for some wide angle coverage and to buy a lens that simplifies that kind of photography. There were really two choices: the Olympus 7-14mm Pro series lens and the Panasonic/Leica 8-18mm. I chose the Panasonic/Leica for three reasons (of which only two are cogent and only one is a deal maker....). First off I liked the industrial design of the lens. It looks cool. Don't discount cool looks entirely. Design is, by nature, somewhat sneaky in that it makes a certain statement. The Panasonic/Leica says, "Well integrated with the camera."

My second reason for buying it is my theory that while Olympus and Panasonic cameras will read each other's lens firmware maybe Panasonic camera has some special sauce sprinkled in that allows it to optimize the wide performance of the lens just a little bit more. And finally, most importantly, I can stick a 67mm variable neutral density filter right on the front of the lens while the Olympus requires a whole new, fumbly apparatus with which to use filters at all.

I didn't want to wait until the 30 day return privilege at Precision Camera passed me by to check out the lens performance so after a meeting about a video project with my favorite producer/director I headed downtown to shoot random wide shots of random stuff. I also stopped by Whole Foods to pick up a couple of Lemon Hazelnut Scones (LHS) for afternoon tea with my favorite art director/designer and to have some sushi for lunch.

I came home and put four dozen files into Lightroom and looked as them dispassionately. The lens is sharp, the software correction works well. There's no discernible loss of sharpness in the corners at f5.6 (which is a good f-stop at which to shoot wide images) and the lens resolves nice detail even at the widest setting. In short, the lens is perfect for the limited use it will probably see on my cameras. But it's good to have it in the bag for those "just in case" moments. Not what I would consider a sexy lens but one which will round out the image capabilities of the Panasonic package. 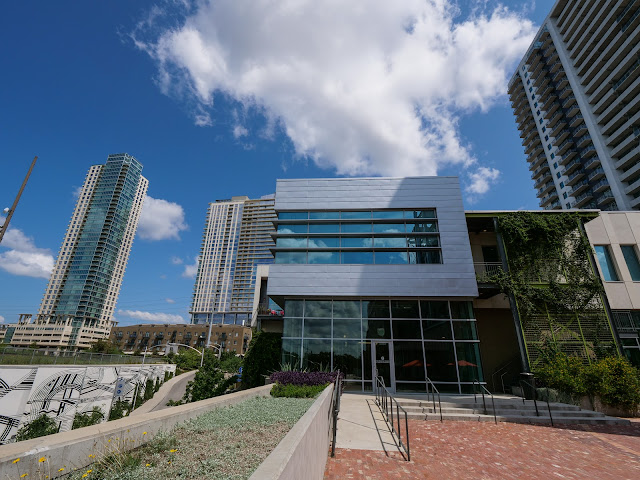 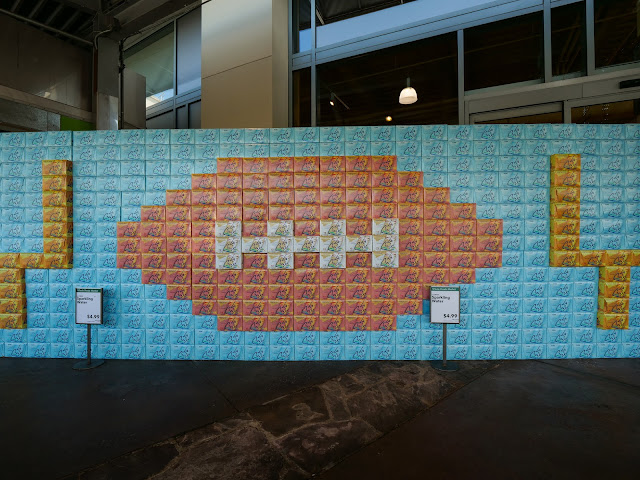 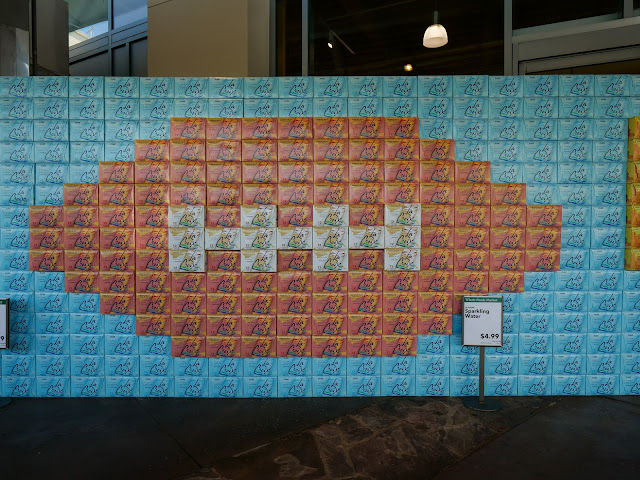 Posted by Kirk, Photographer/Writer at 18:38 9 comments:

Conjoining a GH5 camera body with a Contax/Yashica Zeiss 50mm f1.7 lens and then throwing caution to the wind and shooting mostly at f2.0 and f2.8. 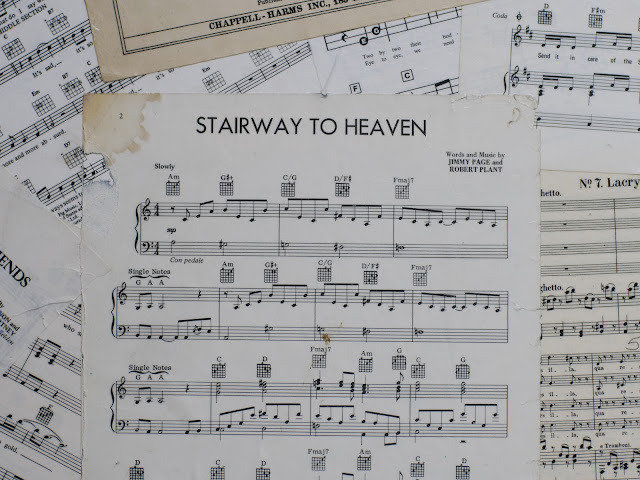 It's fun to mix and match. I've been playing around with the Panasonic GH5 cameras for a week or so and have found the Olympus Pro series lenses I bought to be amazingly sharp. Same with the Panasonic 8-18mm lens, but I felt the need to fill in with some speed in the portrait/short tele area of my lens kit for these cameras. Having already dropped kilo dollars on the basics for the system I was reticent to drop more cash on something stop gap (saving up for the Nocticron...) so I rummaged around in one of the equipment drawers and found my Zeiss 50. I just happened to have an adapter to mount it onto m4:3rds cameras and in moments we were all hooked up and on our way.

Early on I decided that I'd like to try shooting the lens close to its maximum aperture because that's where I thought I'd get the most use out of it on real shoots --- as the lens to grab when I need an extra stop of light, or a little less depth of field, when shooting available light. I pretty much stuck to f2.0 and f2.8 and enabled the GH5's automatic shutter selection. This would allow the camera to switch to the high speed, electronic shutter when the light levels maxed out the mechanical shutter's 1/8,000th.

Most of the sunlit shots sent the camera into electronic shutter territory. The one just below, shot at f2.0 required 1/32,000th of a second exposure. I hardly worried about subject movement with this shot.... But what I was interested to see was the lens performance on a sensor much smaller than the original 35mm frame for which this lens was originally designed. 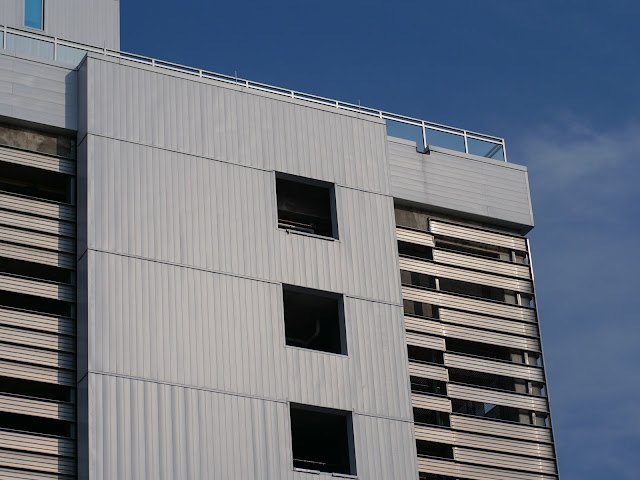 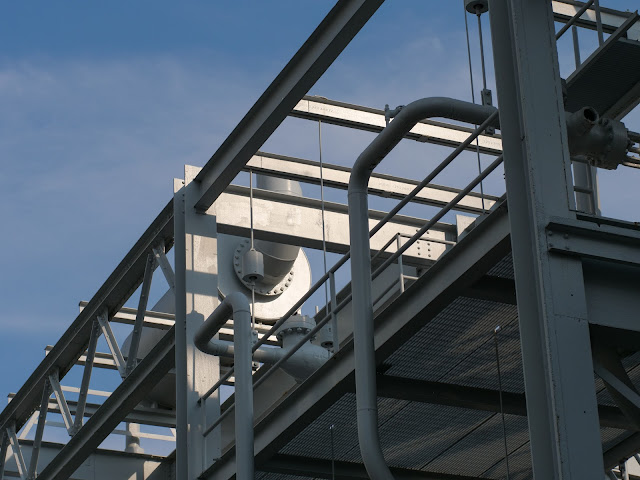 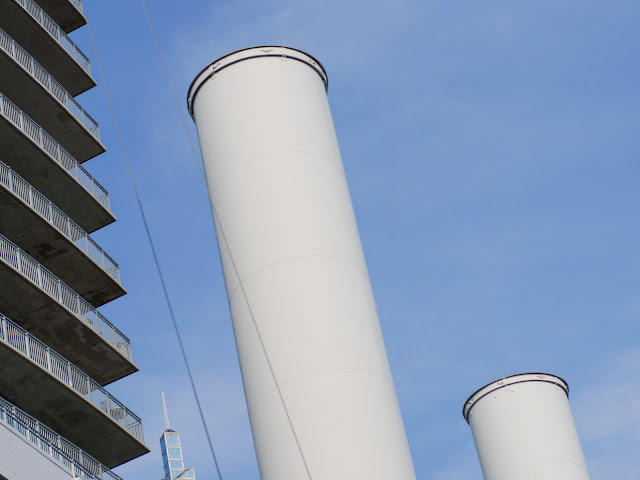 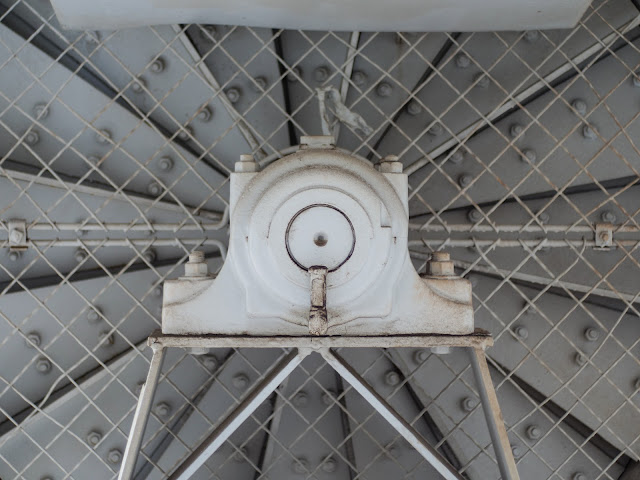 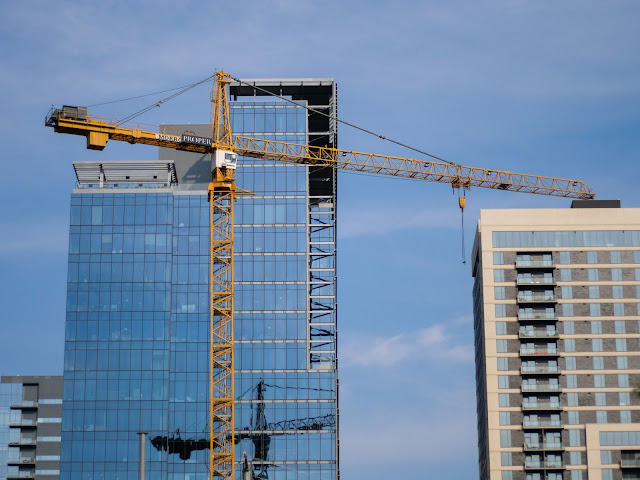 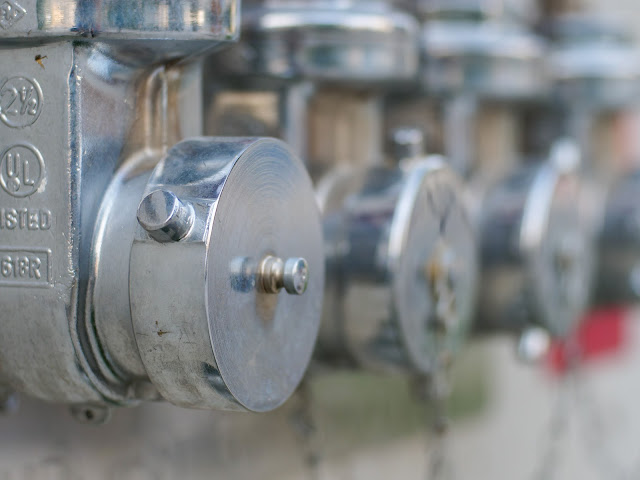 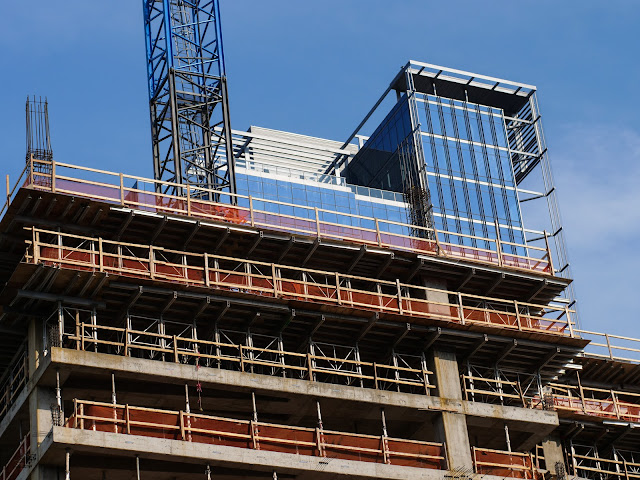 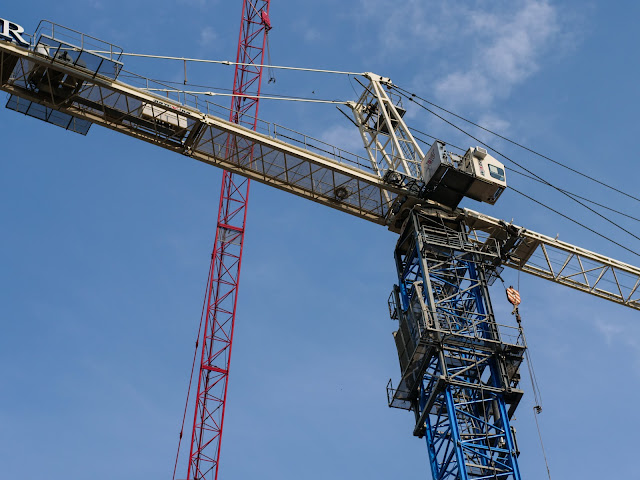 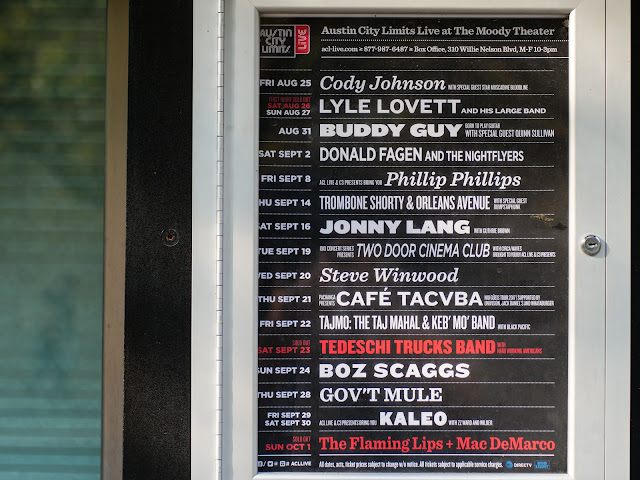 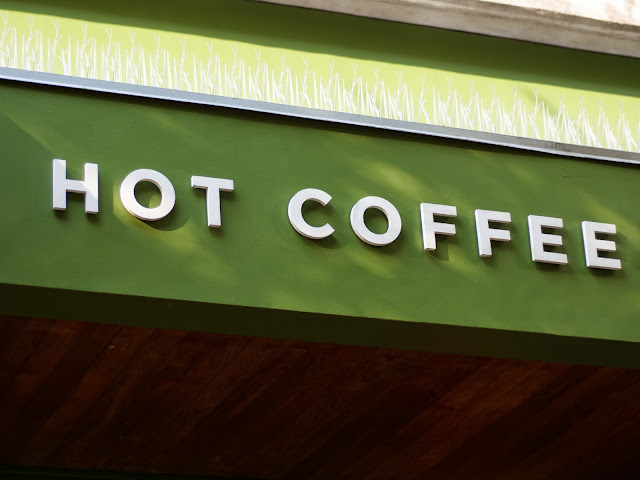 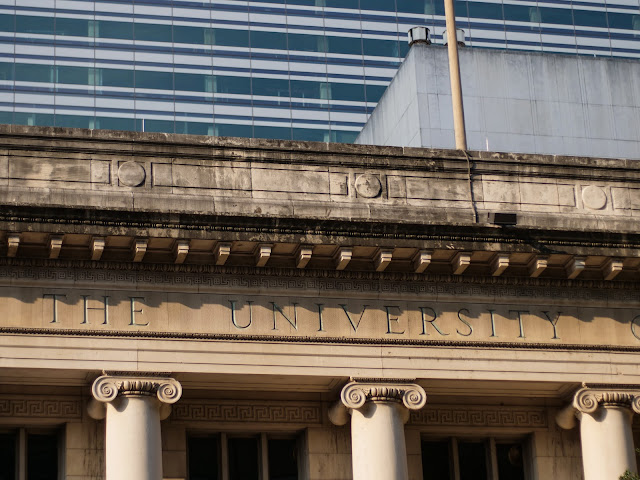 The camera and lens handled each other beautifully.

Posted by Kirk, Photographer/Writer at 14:57 6 comments: