Austin still has a quirk or two. 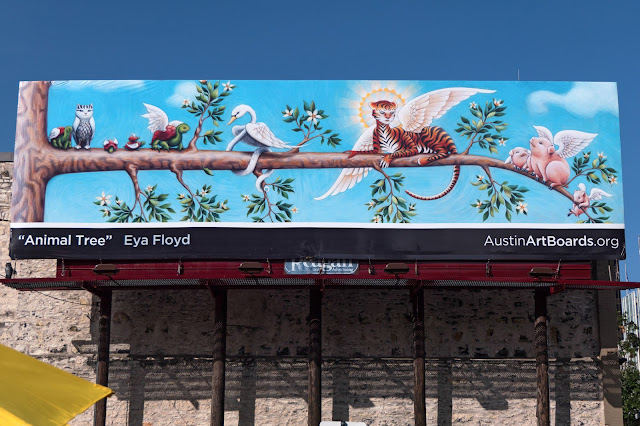 A prime downtown billboard without a selling message. It has "Art" instead. 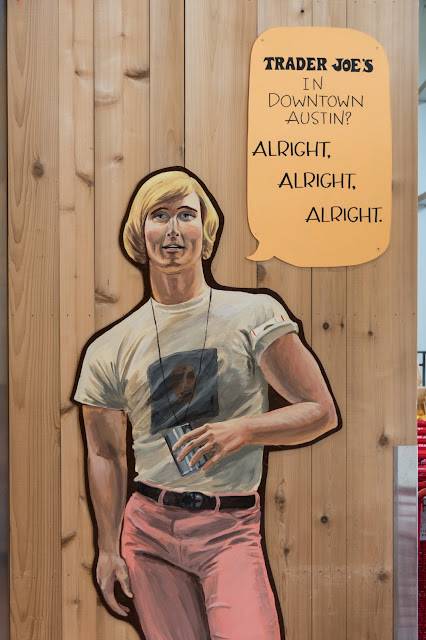 Posted by Kirk, Photographer/Writer at 10:05 No comments:

Playing around with a "bridge" camera. Getting out of the studio and away from the computer. Mid-afternoon holiday. 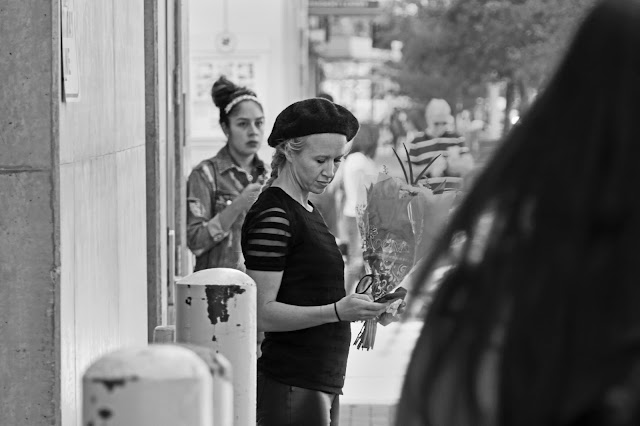 Most of us have the tendency to spend more time in front of the computer screen than we intend. At least our kids, who are mightily addicted to their smartphones, can take their hand held devices out the door with them. We seem anchored to our desktops. I guess it's easier to surf the web and handle hot coffee when one is sitting down....

Recently I've started pushing myself out the door when I'm finished with actual work on my computer. I like to take different cameras out with me when I'm walking and it's been a bonus to head toward an "all Panasonic" work environment since the menus are all (rationally) set up the same way. There's less and less fumble for control.

On my short walk I saw a new restaurant downtown called, Le Politique, on Second St. Built and furnished like a classic French café. There was the JW Marriott Hotel, just crawling with conference goers who all had the biggest lanyard-anchored badges bouncing on their chests that I've ever seen (not pictured here). As I left the hotel and was standing at a crosswalk waiting for the light change a woman standing next to me turned and asked if I could pull her water bottle out of a side pocket of her backpack; she couldn't reach it.

I walked through the convention center where a local company called, SpiceWorks, was holding their conference. They are also celebrating 10 years of existence. It was the usual crew of software developers, etc. You can tell at a glance in Austin.

I came across the woman in leather pants (above) holding a bouquet of flowers. She is the designated greeter for some boy band. The arrival of their tour bus is imminent. She'll guide them through the loading dock and into the safe confines of the green room complex of the ACL Theater.

I came across a man eating through his own smallish carton of Blue Bell Vanilla ice cream. A man sleeping on a bench. A crowd of (mostly) young women waiting for the same boy band as the flower bearer above. A coffee meeting in suits. A solitary cigarette break. A woman grappling with a dog and digital parking meter. It was a brisk but lackadaisical afternoon stroll.

I was using a Panasonic FZ2500 that had a small microphone in the hot shoe. I thought I might shoot some video but the monochrome setting on the camera created a feeling of yesteryear so endearing to me that I just got into the concept of Tri-X-ism and was off on autopilot. It's glorious to be outside when the city is alive, the temperature moderate and the sun shining but mild.

I didn't want the buzz of the day to vanish so we headed out to dinner instead of staying home. We headed over to Asti Trattoria (see the video on my website....) and had an appetizer of calamari, then shared a tomato, mozzarella and basil pizza, covered with fresh, tossed arugula. Belinda had a prosecco while I had an IPA from a San Francisco brewery. It was so much fun being immersed in real life. Makes me wonder what I'm doing sitting here now. Oh, that's right, I'm just tying up some loose ends before a midday swim. Oh crap. I just remembered something important --- I forgot to work this week.
Yikes. I guess I'll make up for it next week.....

What do you do when you find yourself overdosed with desk time? 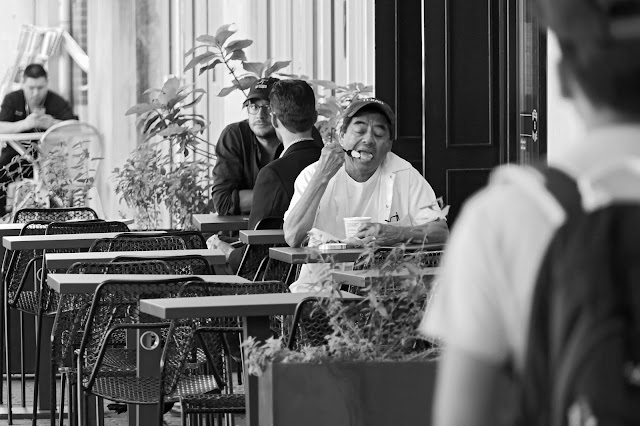 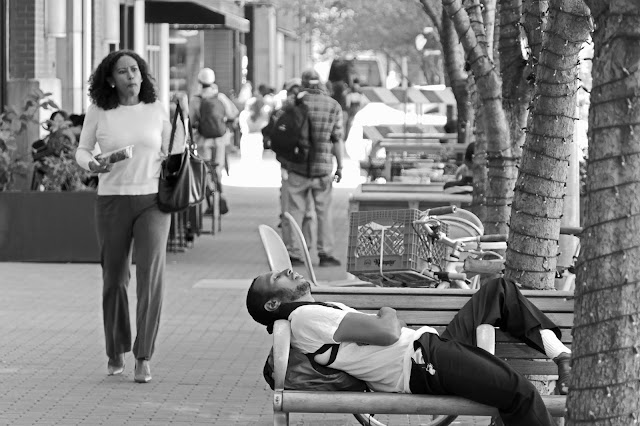 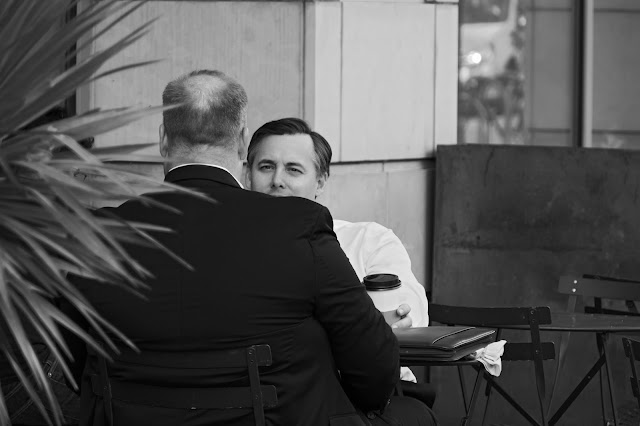 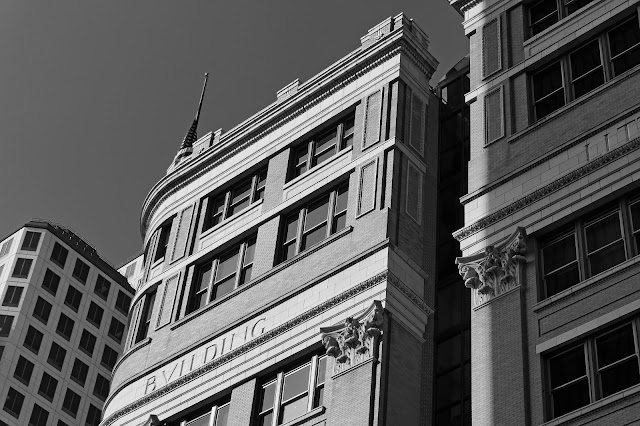 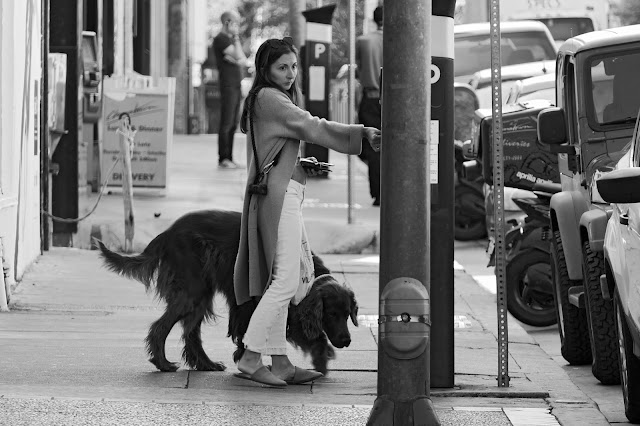 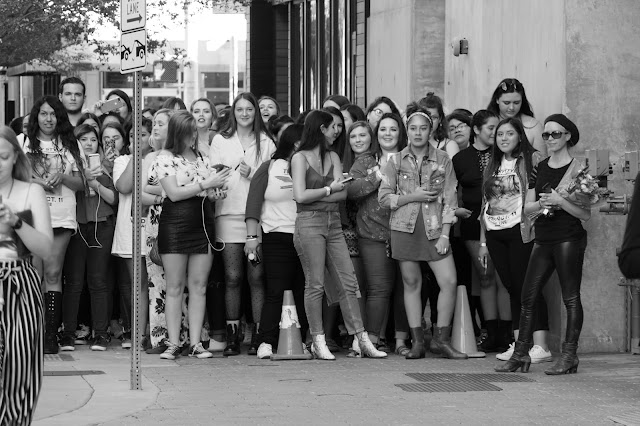 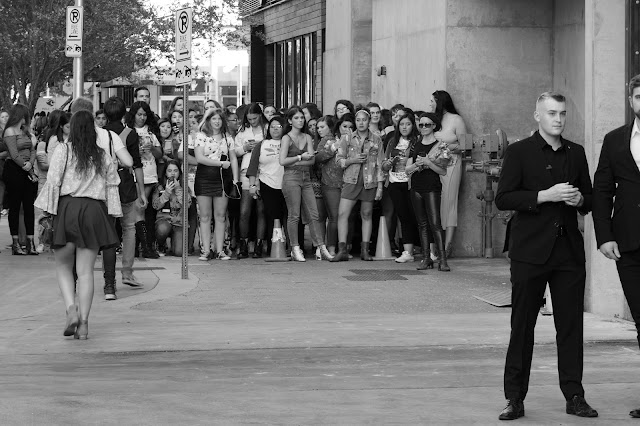 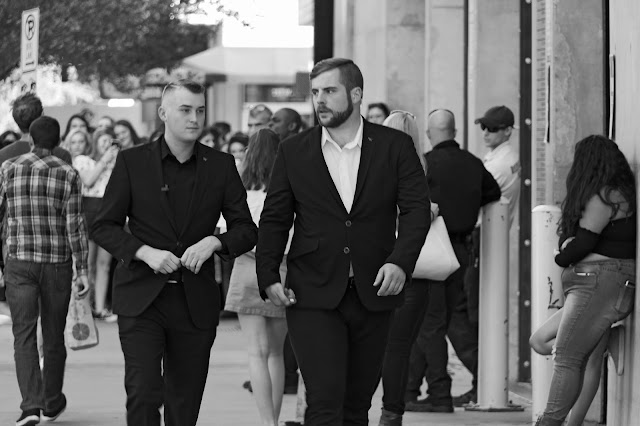 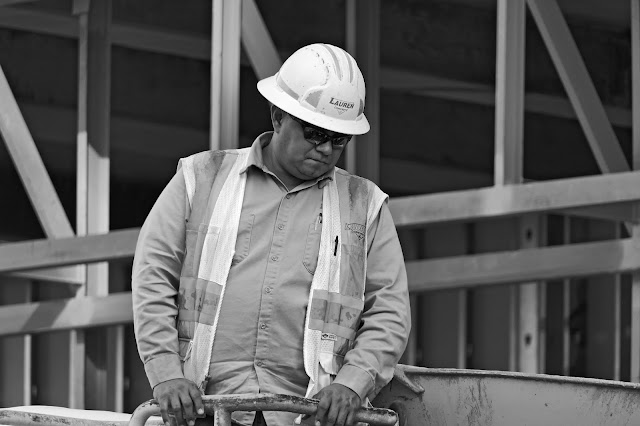 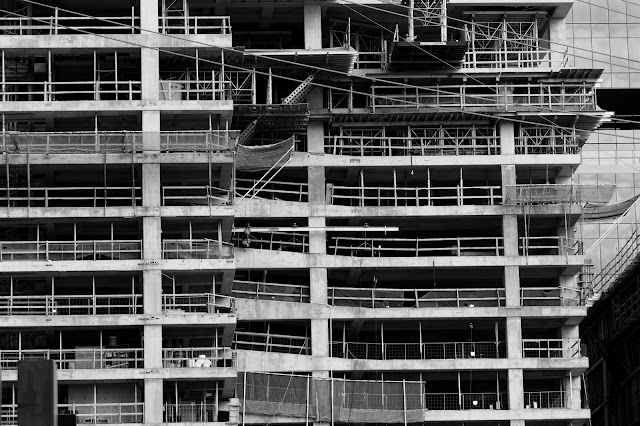 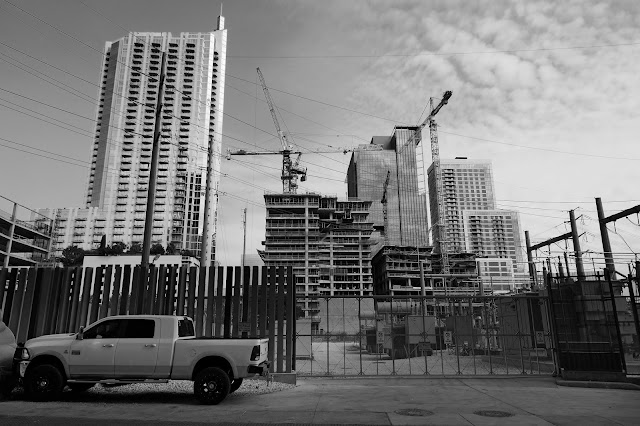 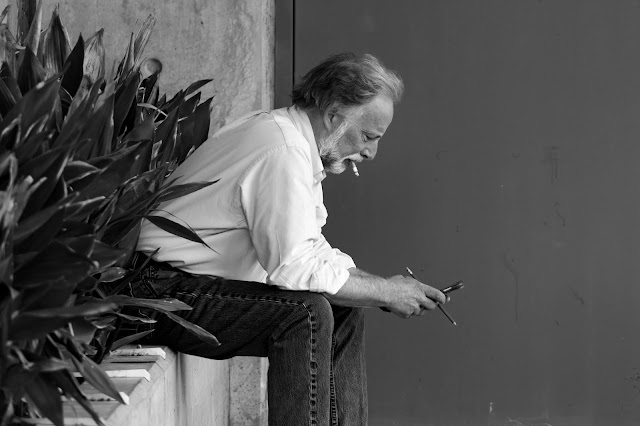 Posted by Kirk, Photographer/Writer at 09:59 9 comments: