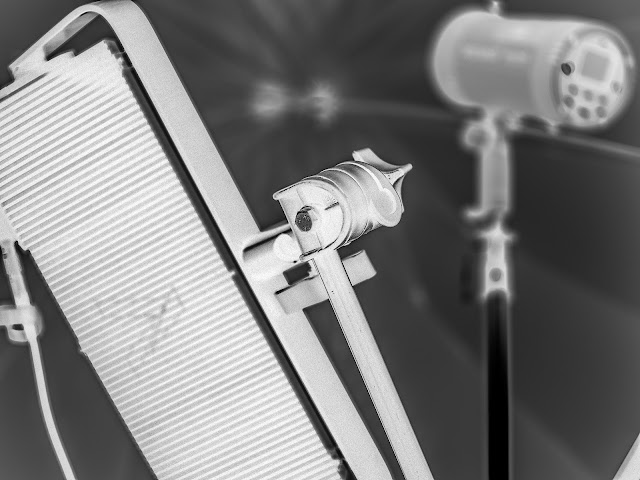 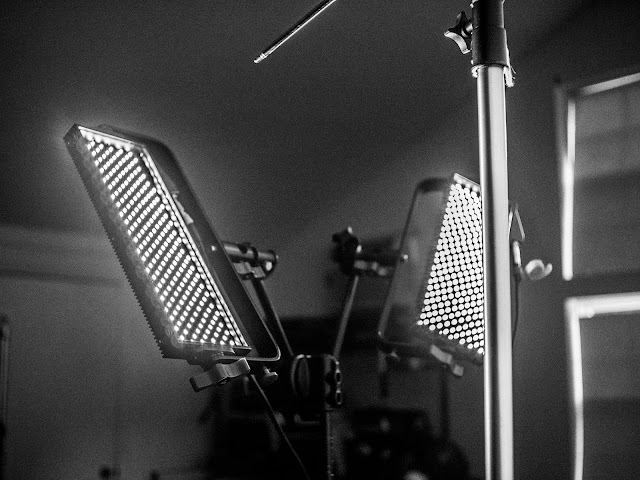 A little eccentric? Probably. But I wanted to use this big, 72 inch umbrella to light a nice actor and, after messing around with flash for a while, I decided that I really wanted to use a couple of bright, highly corrected LED lights. The problem (opportunity?) is that the Aputure Lightstorm LS-1/2 lights aren't made with umbrella holders or anything else that would allow one to sensibly attach an umbrella. A double conundrum because I actually wanted to use two of the lights to get that extra stop of light punch. What's a photo-practitioner to do? Improvise.

I looked into the black, canvas bag that holds most of the grip gear and clamps and I came out with an "arm" that has 5/8 inch studs on each end and is pretty flexible in terms of moving stuff around. That would be a good device on which to mount the lights but I then needed to mounted the articulated arm onto something that would fit on the top of a light stand. An all-purpose grip head was just what the Light Doctor ordered. I was able to mount the two lights on a positionable articulated arm and then put the arm on top of a C-Stand. The lights could be positioned in any number of configurations in order to most evenly illuminate the enormous number of square inches of soft whiteness that the umbrella offered.

It all worked in a straightforward way and I was able to get a couple hundred solid shots this way. I'll do it again. In fact, I have this lighting set up in mind for an upcoming video interview as well... 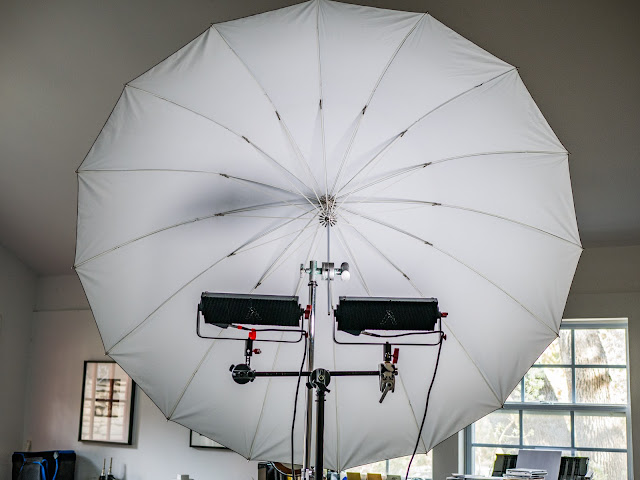 A first attempt with a regular C-stand arm, a couple of grip heads and a super clamp. Ho Hum. No articulation = no excitement. 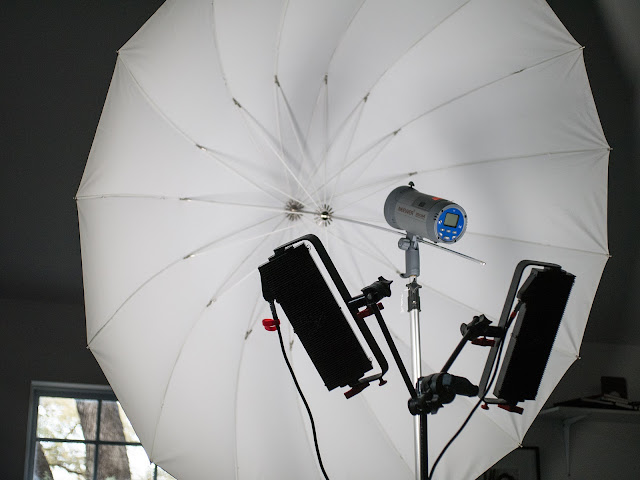 The Real Deal. ARTiculation galore. The flash head was already there holding up the umbrella. If I forego the flash head I'll use the umbrella mounting technique shown in the image just above this one.
72 inches seems to be a glorious sweet spot for umbrellas.
And cheap as dirt compared to a nice softbox. 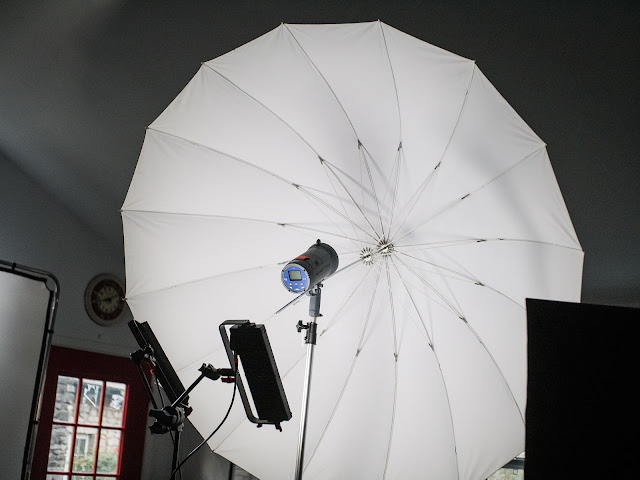 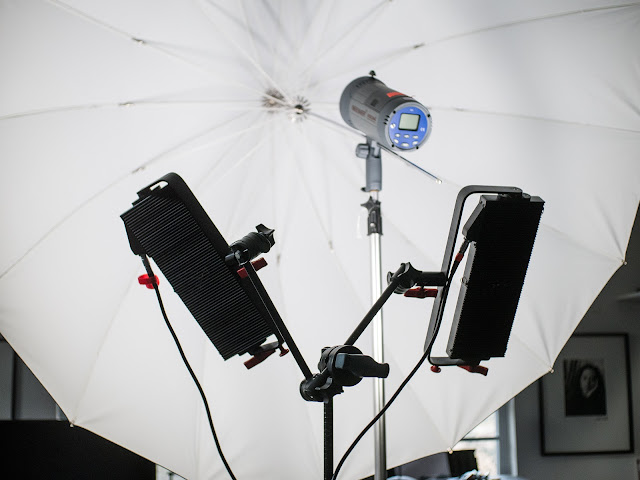 Posted by Kirk, Photographer/Writer at 18:15 4 comments: