What are we reading during "quiet time" in the studio today? Yes, that's right, it's about Photography!!! 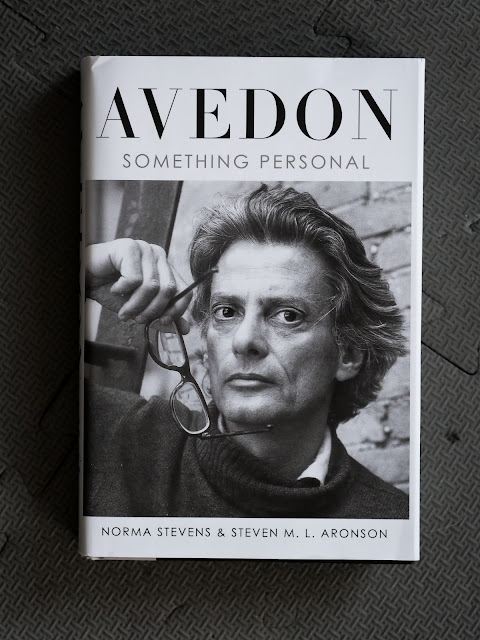 AVEDON. Something Personal.  The Biography.

I hadn't seen a lot of press about this book when I stumbled across it. As a big, big Avedon fan I had to buy it and start reading it immediately. In my estimate he's one of the five powerhouse photographers who shaped Photography across the 20th century; especially in the United States of America. His work is powerful and seems to be doing a great job withstanding all tests of time.

So here, finally, is a definitive biography of a man who changed the business of photography, written by a business partner who knew him socially, commercially and as one of his closest confidantes.

The interesting thing, to me, about the book and the story it tells is how Avedon almost single-handedly demanded that photographers of a certain stature get well paid for their work, their insight and their art. Consider this, in 1965 he was asked to become a photographer for Vogue Magazine. He'd been the super star photographer at Harper's Bazaar previously. He demanded (and got!) a contract for one million dollars per year. In 1965. And this was not an exclusive contract, nor were the demands on his time constricting. He continued to work for the French arts magazine, Egoiste, as well as a legion of commercial, advertising clients.

The reason he was able to command lofty fees and huge retainers? It was a simple equation; when Avedon shot something the metrics of newsstand magazines sales and client product sales skyrocketed. Clearly he was able to tap into the markets in a way his competitors could not, and he was rewarded for it.

While the book, written by his business partner of 37 years, has a chatty, sorority girl feel to the prose and the subject matter ranges from deep insights into business and art philosophy all the way to catty name calling and reputation slamming but the underlying stories are endlessly fascinating to someone like me who is still amazed at what Avedon was able to accomplish, and the legacy he left behind.

If you want to see just how golden that particular "golden age" of photography was then this is the history book that looks behind the seamless background paper of a master image maker who was, perhaps, even more masterful as the marketer of his own image and vision. It's well worth the read if only to serve as a kick in the ass to raise your own expectations of what can be done.

Buy it. Read it. Laugh at it. Whatever.

Note: I know that some readers don't hold Avedon in the same regard I do and I'm willing to listen to your (valid, non-emotional) reasons but if you just want to come here and trash him be aware that those comments probably won't pass by our resident censor.
Posted by Kirk, Photographer/Writer at 09:42 9 comments: