The black backpack is packed. I'm heading down to Sixth St. in Austin, Texas to photograph the show at Esther's Follies. 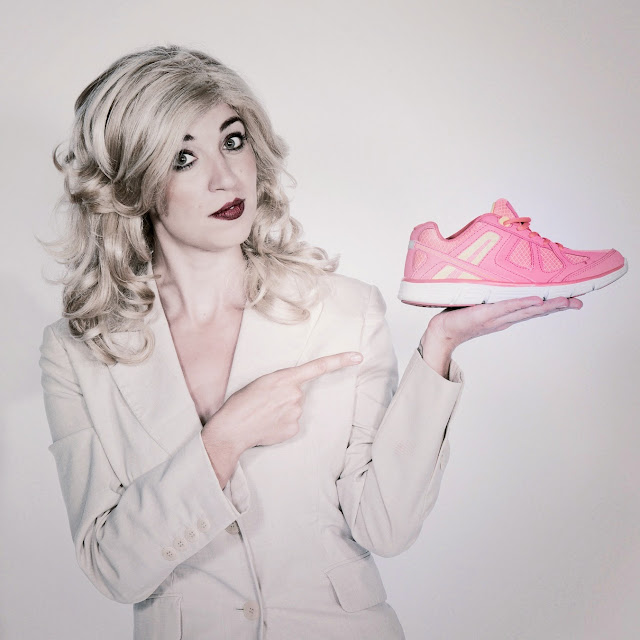 From a "Wendy Davis" skit a few years back.

Esther's Follies is a live theater that's been dishing up satiric political humor, topical celebrity craziness and magic acts for as long as I can remember. For years I've been trundling down there with a box full of studio flashes to make marketing images for them before and after rehearsals. Last year we changed gears a bit and decided to shoot an actual show from within the audience; just to see what we got.

As usual, I overshot and we ended up with over a thousand images. Some of them pretty decent. A handful really good. It was a good idea and so earlier in the week I got an e-mail requesting a new round of "action" photographs. There are some caveats....

The stage is smaller than the one's I shoot on a couple times a month at Zach Theatre and the lighting isn't quite state of the art. The audience is a paying audience and, since there is a full bar in the lobby, they can sometimes be.... unpredictable. This is a situation that calls for a silent shutter and the ability to scope out a location where I will be surrounded by happy and cooperative people.

I'm taking two cameras and four lenses. I anticipate doing the entire show with the Olympus 40-140mm f2.8 Pro lens and the Olympus 12-100mm f4.0 Pro lens but I am bringing along the Panasonic 25mm f1.7 and the 42.5mm f1.7 just in case. Sometimes the magic act uses lower light levels. I might have time to switch to the 42.5 to capture that but we'll see. There's no intermission, the program is fast and furious, and I don't have the advantage of having seen this particular show in advance.

I'll be using the GH5's in their silent/electronic shutter mode. Everything will be, by necessity, handheld. The theater still uses tungsten stage lights so my WB selection will be a straightforward 3,000K but I'll hedge my bets by setting the camera to make raw files.

At least I know what I'll be doing tomorrow morning after swim practice; I'll be post processing a ton of live theater files. I only hope I can get them done by 2pm because I have another theater shoot tomorrow afternoon.

It's 3 p.m. at Zach Theatre. Another dress rehearsal for another play on one of the smaller stages. But those files might have to wait until Sunday for their author's meticulous attention. I've got a solemn family event in San Antonio to attend on Saturday.

I like the m4:3 system because everything I need fits into one convenient backpack. I never know where I'll find parking in downtown Austin so it's good to have a comfortable way to carry the tools of the trade.

Have you had one of those months when all the work seems to be crammed into the last ten days of the month? That's the way it feels to me.

Well, time to head downtown. I want to get there before the theater fills up. My one regret? No dogs allowed in the theater. Studio Dog will just have to sit this one out.
Posted by Kirk, Photographer/Writer at 18:03 No comments:

"Forgive me fellow photographers for I have sinned and fallen short. I confess to having used the latest rev. of Portrait Professional software to help in the retouching of my portraits today. My process is now artistically impure." 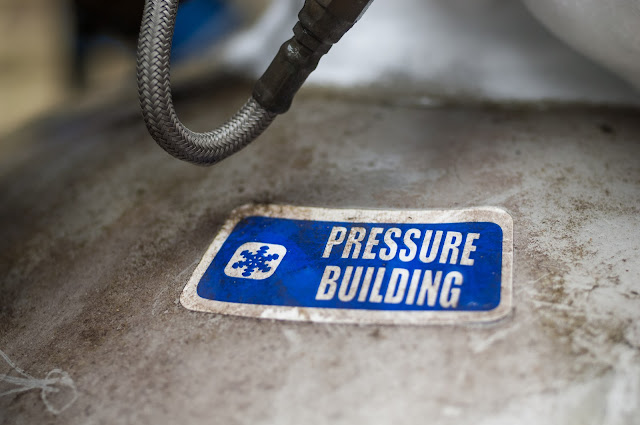 Yesterday I was looking at a folder filled with files that needed to be retouched. They were all portraits and most of them were shot against the same gray background and with the same lighting. I confess to being severely unmotivated to go in to each file and meticulously work on skin tone, brightening eyes, cleaning up teeth, getting the skin to look nice and all the rest.

I remembered that I'd used Portrait Professional in the past. One iteration from 2011 and one from 2014, but I'd found both of them, at the defaults, were too heavy handed and obvious. I sighed and made coffee. Then I took another stab at creating multiple layers, smoothing skin via masking and blending the uneven skin tones of middle-aged men who spend too much time golfing.

In a moment of bore-stration (boredom and frustration) I clicked on Anthropic's website to see what, if any, changes had been made to their software package. It turns out that they've fine-tuned and automated a bunch more stuff, including automatic masking for backgrounds, and a panel of controls for picture-wide brightness, contrast, saturation, brightness, clarity, etc. With a much enlarged range of controls it seemed to me that one might be able to do most of the retouching necessary for many portrait files without ever firing up an Adobe product in anger.

There's always a sale going on for previous customers so I plunked down my $29 for the upgrade, loaded the app and took a look around. It was un-buggy this time. No support needed.

Portrait Professional automatically finds the important features on a face and, after asking you if the subject is female, male or a child, it automatically makes a series of corrections which include skin smoothing, face sculpting, and general (but this time much more subtle) image flattery.

I pre-processed my selected raw files in Lightroom CC Classic, matching exposures and colors. I exported the resulting files as 8-bit Tiffs (raws not welcome in PortraitPro...standard edition) and tossed them in a folder. Then, one by one, I loaded them and let the program do its stuff. All but 2 of 21 files were imminently usable without any further intervention. The two questionable files were of a fellow with lots of freckles --- always a judgement call.

I'll estimate that the program saved me about an hour and a half of repetitive work today and also provided (probably) better consistency between skin tones than I would have gotten working in my manual, hands on method.

For the $29 upgrade I felt like I'd just secured another bargain. Wow. First a cheap D2XS and now a cheap software upgrade. The week is looking up for me... It's Portrait Professional 17. No link here, that's what Google is for.....when they aren't busy spying on us all.
Posted by Kirk, Photographer/Writer at 16:40 5 comments:

The depth of field is so thin on my m4:3 camera that I'm having trouble getting everything in focus.... 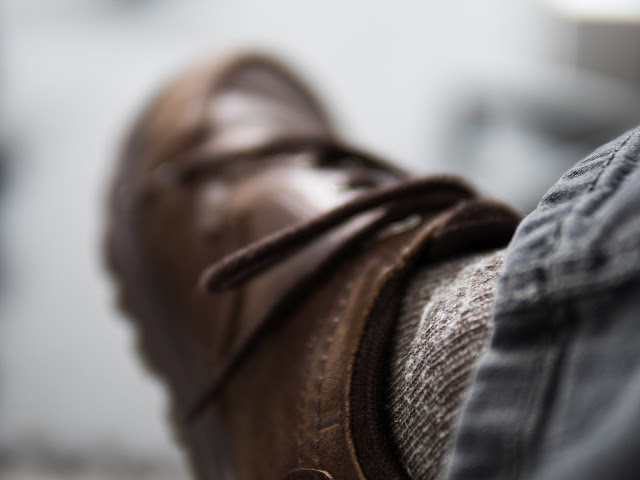 I never seem to have this "problem" with my iPhone....

Posted by Kirk, Photographer/Writer at 11:24 3 comments: