Welcoming some new gear to the fold. What I bought and why. (But don't discount "fun" as part of it). 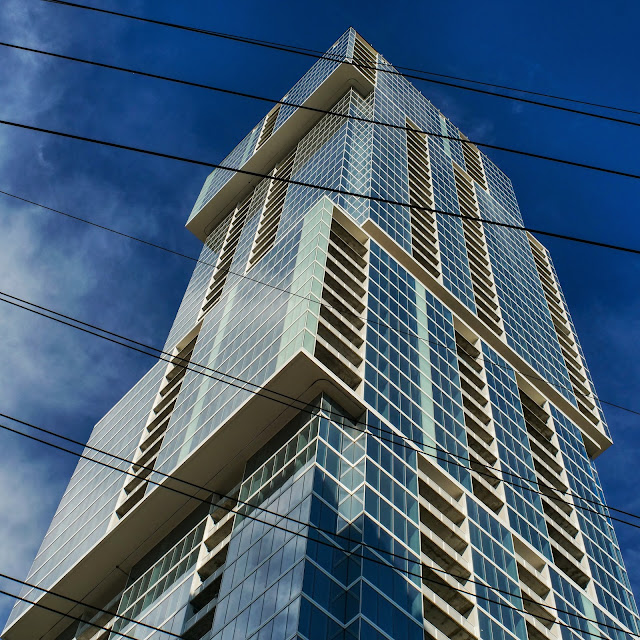 I've spent the last two weeks putting Panasonic's newish G9 camera through its paces and I've been impressed. It's fast, has great eye detection autofocus (which makes it a really good portrait camera), has great color, delivers lots of detail and is an all around winner when it comes to still photography. It's less a "hybrid" camera than it's sibling, the GH5 and looking at the files I think it's obvious that the package has been optimized for photographers. That's not to say that it's an incompetent video camera; it's better than most DSLR video out in the world, and not that far behind other cameras in the family. And that started me thinking...

I have a job starting Monday, and continuing for the next eight days, on which I need to do quite a bit of airline travel. Most of the flights are between smaller cities and the majority of them will be on dinky commuter jets which lack overhead compartment space, or any space at all. I've been down this road before and it usually ends up with a very insistent flight attendant demanding I either gate check my rolling camera case or, perhaps think about renting a car instead of flying....

Yesterday I wrote that I would try to pack up a complete Nikon full frame system with two cameras and five or six lenses and I'd try to stuff them, a laptop, and a bunch of batteries into an Amazon Basics photo backpack. Well, I stuffed everything in and weighed it and it tipped the scales at 22 pounds---which is just too damn much. Then I looked at the skinny zipper that the Amazon backpack uses and couldn't get the vision of a a failed zipper and spilled camera contents out of my mind. So the little wheel in my head started turning faster, looking for other options.

I went back to the eighteen portraits I shot this week in raw in the G9 and had a good look. Then I spent some time looking at some G9 street photos and urban landscape photos and comparing them with similar shots from the Nikon D800's and several old Sony's. I squinted at images at 100%. I looked at them sideways. And I decided that the G9, used with great glass (hello! Olympus Pro lenses) would be more than just "capable" of doing the kinds of images I need to do on my upcoming project. In fact, the G9 files are some of the best photographic images I've seen, and the image stabilization, in concert with some Panasonic lenses almost obviates the need to bring along a tripod. I decided that it was time to pack lighter and smaller if I am to continue to enjoy the profession while on the road without running myself into the ground physically. I'm also not looking to create any shoulder or lower back issues while trying to emulate a youthful Sherpa with a weighty backpack.

The camera that made the most sense to me, for both this assignment and also the upcoming adventure in Iceland, was the G9. That, and the really great Olympus Pro lenses I keep praising. But there were a couple of flies in the ointment. First of all I like to travel with a certain amount of redundant back up gear. Nothing sucks more that being on a remote photographic location, surrounded by clients and their bosses, and having a camera or lens brick and become nothing more than a tool for weight bearing exercise. One camera and three really cool lenses (the 8-18mm Panasonic/Leica, the Olympus 12-100mm, and the Olympus 40-150mm) is a great start but..... we can do better.

With my mind made up I hustled up to Precision Camera, oblivious to the Austin music festival traffic, and found my personal camera sales consultant, Ian. In short order we assembled the following: A second G9 body, a Panasonic/Leica 12-60mm f2,8-4.0, a Panasonic/Leica 15mm f1.7 and a Think Tank backpack. Now I have an identical back up body, a back up standard zoom lens (the workhorse focal lengths of the system: if the other lenses all bite the dust I could actually do the job, somewhat uncomfortably, with either of the mid-range zooms. The Pana-Leica 12-60mm gives me a wide ranging back up lens that covers critical focal lengths well) and, with the 15mm, a fun lens to leave on one of the cameras during travel. The last step was my acquisition of a much hardier backpack with a much more robust zipper. And a better internal layout for my computer.

It's kind of funny that I don't take the two card slot camera thing seriously but always demand to have a back-up camera while traveling on jobs. Now I've extended my paranoia by adding the need for a back up standard zoom to the mix. Having already angered the kitchen gods with my hubris this week ( couldn't find the coffee scoop) I'll avoid taking chances and cram 128 GB Delkin V90 cards into every available  card slot on both cameras and attempt to back up everything.

What ultimately pushed me toward the Panasonic G9's instead of twin Nikon D800's? A combination of things. The size and weight, of course, but also the eye detection AF for perfect portrait focus every time, and also the glass. The lenses. The optics. My two Olympus Pro lenses are the sharpest zooms I've ever used, in any format. The Pan-Leica 8-18 is much better than the 16-28mm Tokina lens I've been using for my full frame, super wide needs, and I surmise from various reviews and from my nascent trials with it that the Pana-Leica 12-60mm f2.8 is no slouch either. Finally, if we have the opportunity to try a little video sample, on location,  with this client I'd much prefer to do it with the 4K ability of the G9 instead of the cumbersome process and much more parsimonious video codecs of the Nikons.

The Think Tank backpack is a result of anxiety. Once I'd decided on the Panasonic kit for the assignment the Amazon Basics backpack became the weak link in the system and I couldn't sleep until I replaced it with a more robust option.

Now that I have this camera inventory squared away I can get back to worrying about how to best pack the lights, stands and grip gear. That's a different nightmare.

Did I bend the family financial rules and toss thousands of dollars of photo gear on a convenient credit card? I did not. I paid for it directly. No interest accrual that way. Paying cash helps one keep a lid on reckless spending. And even if you blow the lid off you don't have the credit card hangover to contend with once you realize what you've done.

Big, traditional cameras and lenses. Beginning to think that as time speeds by they'll be relegated to studio work and only location work steps from the car. Work that doesn't have to be done quietly.

We're in an age of hyper change and we need to constantly question what we need to bring to the table. Today, for me, it's this. Some Panasonic stuff.