OT: we haven't done a swimming post in a while so what the hell. Let's talk about freestyle technique. 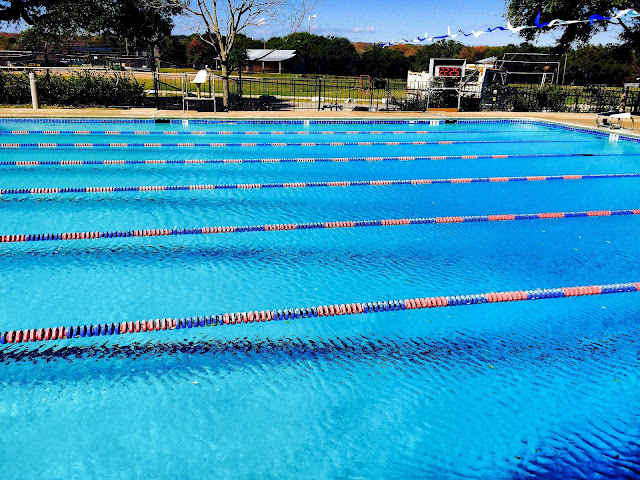 When I swam in college the prevailing style  was to have one's head angled forward about 30 to 40 degrees to the surface of the water so that your forehead was breaking the water line. Don't know why this was the prevailing style but that's how we swam. Especially the sprinters. I was habituated to swimming with a high head position and many recent coaches have preached, lectured and screamed at me about my poor "head position." I didn't care as long as I could go fast but here's what I learned as I got older and couldn't rely exclusively on muscling through the water:

If your body is in a straight line, parallel to the bottom of the pool you will swim as fast but with much less effort because good body positioning means you are expending NO energy keeping your legs up or in trying to maintain that high head position which puts strain on your upper and lower back, and you will not struggle to stay up on the water.

A high head position will cause your legs to drop down as you get tired and create resistance. Much better to stay flat on top of the water and use all your energy for forward propulsion.

I've recently worked very hard to lower my head position which allows the rest of my body to maintain a flatter profile on top of the water. I find that I am much less fatigued swimming this way and can go longer distances without just crapping out and cheating. You know, pulling on the lane lines, walking on the bottom, etc.

The trick is to look straight down at the bottom of the pool. You gaze is perpendicular to the line of your body. This keeps your head down which keeps your butt and legs up. You present less surface areas to the water in front of you which lowers resistance which means you swim faster and better.

Working against 55 years of contra practice takes patience and the new practice still feels a bit...odd. On the other hand I seem to be making much progress in evolving more into a distance swimmer than just a sprinter. And for someone over 60 that can be important.

I can feel a positive difference so I'm willing to keep at it until I master the current body position techniques. Life is too short to swim slow.

We got in about 3500 yards today; a mix of sprints and middle distance. It felt great and the soreness in my middle back (which I routinely ignored because I refused to believe that I needed to change) has mostly gone away. If something hurts there's probably a better way to do it that doesn't hurt or hurts less. Consult a pro. Change your stroke. Get better. Swim fast.
Posted by Kirk, Photographer/Writer at 20:21 5 comments:

You've got to test the stuff you pack for your next assignment. It's not optional. Test or be very, very embarrassed. 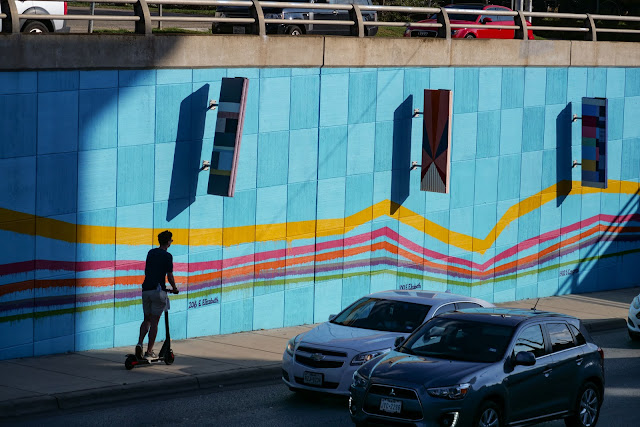 I finished packing the gear today. I leave on Monday for locations in the east and southeast part of the country. Places like Ashville, NC and Tampa, FLA and points in between. My flight into Charlotte, NC will be on a normal, big airplane but my connecting flight to Ashville will be on a tiny jet. In anticipation of baggage squeeze I've purchased a backpack from Think Tank which they call an Airport Essentials. It's about the same size as the Amazon backpack I used last year and most of this year but it's built to a more robust level. In my mind it's all about the zippers... I've been able to pack two G9s, a 12-60mm Pana-Leica, a 12-100mm Olympus Pro, a 40-150mm Olympus Pro, a Panasonic-Leica 8-18mm and a Panasonic 42.5mm f1.7 lens.

The Think Tank bag also accommodates four extra batteries, two double battery chargers, a 13" MacBook Pro, and computer odds and ends like a small, external SSD drive and a card reader/multiport dongle. It's all in a small package that, under duress, should fit under even the smallest airline seat.

I've also packed the lighting kit but talking about lights can be boring and I don't want to pester you with a laundry list of the flashes, stands and modifiers I've packed.

As I was packing I realized that I had not yet tested the newest G9 body nor the 12-60mm Pana-Leica lens (which is alarmingly pretty...).  That's a bit no-no for professional photographers. Every piece you take into the field while working for a client should be tested before it goes in the backpack to make sure that you didn't get a lemon and that you aren't starting with a big glob of snot on the sensor. It's also good to make sure the lens you just shelled out mega-bucks for focused equally well ( and concurrently ) on both sides of the frame. Oh hell, it should focus well everywhere on the frame.

With these thoughts in mind I braved the horrifying Austin event (Austin City Limits Music Festival draws in 500 million people over two weekends, all of whom want to park in my neighborhood and all of whom brought a car to drive through the city in a random and aggressive manner...) traffic and went downtown to try out the camera and lens on some familiar scenes.

I used the lens at its shortest and longest focal lengths and shot mostly at f4.0 or f5.6. I am happy to report that the charming colors I experienced in the first body are exactly replicated in the second body. The newest camera is right on the money. It's going straight in the bag.

The Leica/Panasonic 12-60mm f2.8 to f4.0 is also a keeper. In good light (all I've shot in so far) it's a pretty even match with the Olympus 12-100mm Pro. They are both sharp and contrasty, even wide open, and the selection of focal lengths is great. I could do the job ahead with either lens and it's nice to know that, as of today, neither is hobbled by any visual or mechanical issues. Further, the dual I.S. of the G9+the Leica/Panasonic 12-60mm is phenomenal. As advertised, you could use this in the middle of a earthquake and get sharp shots.

Now all I have left is to throw a couple pairs of jeans, a few work shirts, a rain jacket and an extra pair of waterproof boots into some luggage and I'll be ready to hit the airport.

When the client made the reservations for my flights I had forgotten that Monday is the day everyone who came to the music festival will be scrambling to get back to their homes and to their jobs. I have a feeling that it's going to be pure chaos at the Austin airport for most of the day. I'm asking Belinda to drop me off and I'm heading over 3 hours before my flight. Before you tell me I'm crazy I have to tell you that Ben was flying back to college the day after the big music festival last year and even having arrived three hours before his (domestic) flight he almost missed boarding because he got stuck in an endless TSA line and was then pulled out for random screening. I'd rather have breakfast at the airport than to take a chance that I'll miss my flight. It's going to be a strange travel week. I guess I need to learn to embrace the chaos and government control. I'm hoping my enrollment in Global Entry will be helpful.

Get a G9 and the Leica lens. It's like the old days when cameras were really fun and cool to shoot. But do remember that there's a 30 minute time limit on the video...... I should have mentioned that before...

Click on the photos and look at them big. They are gorgeous. The G9 works really, really well. I trust it and I'm putting my money where my keyboard is..... Off we go. 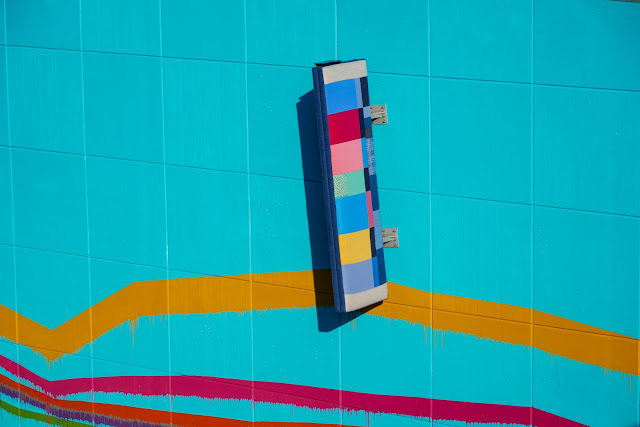 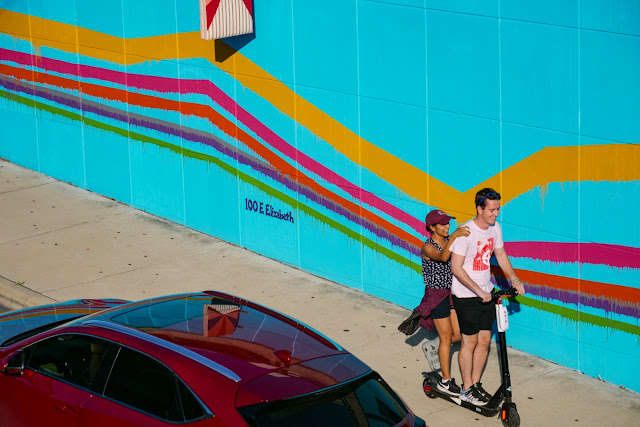 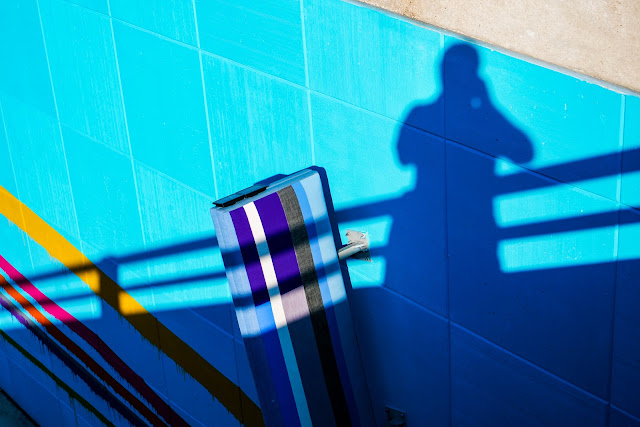 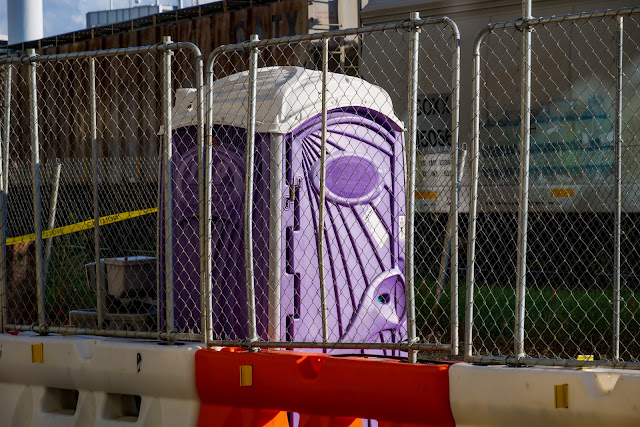 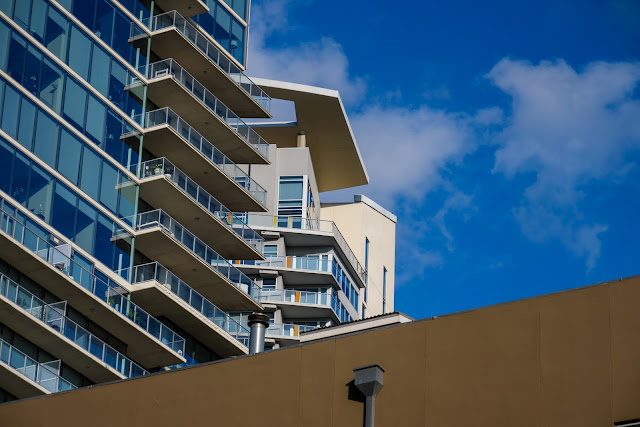 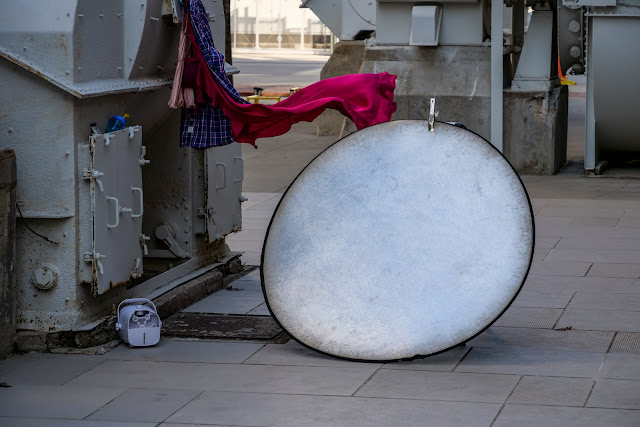 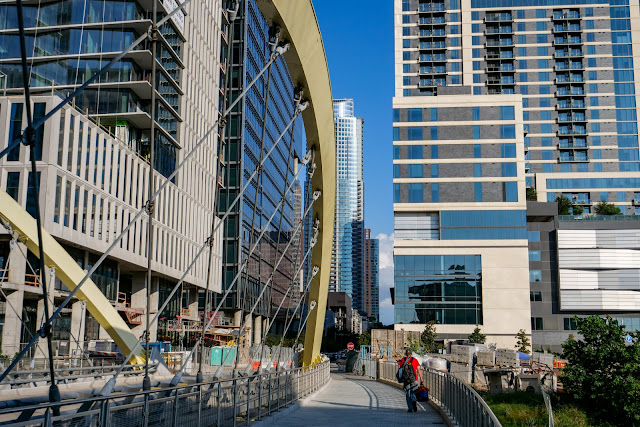 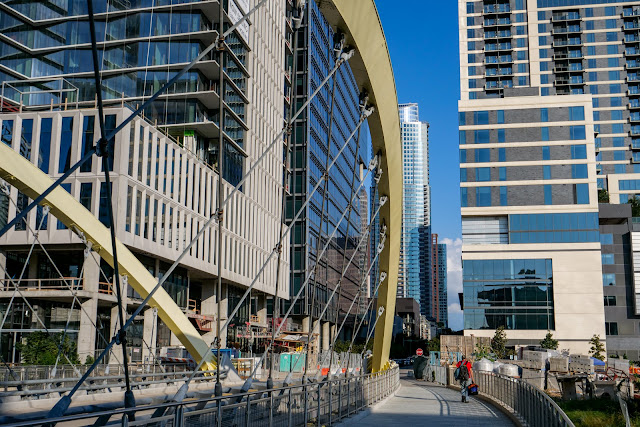 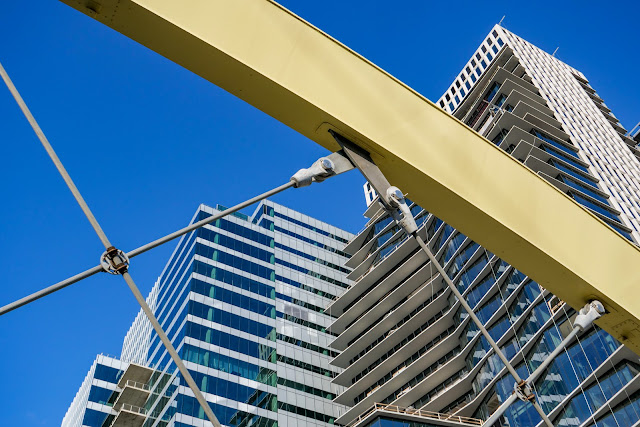 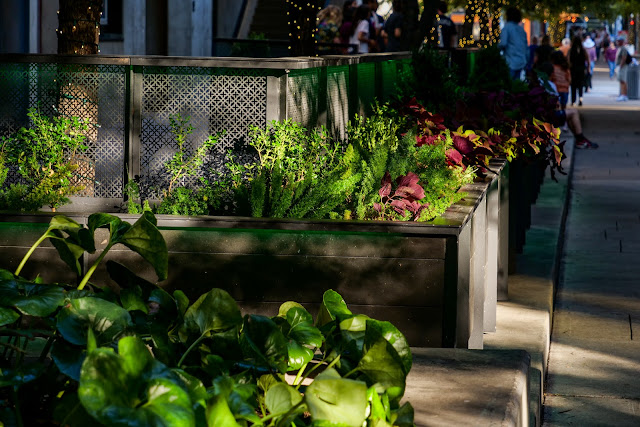 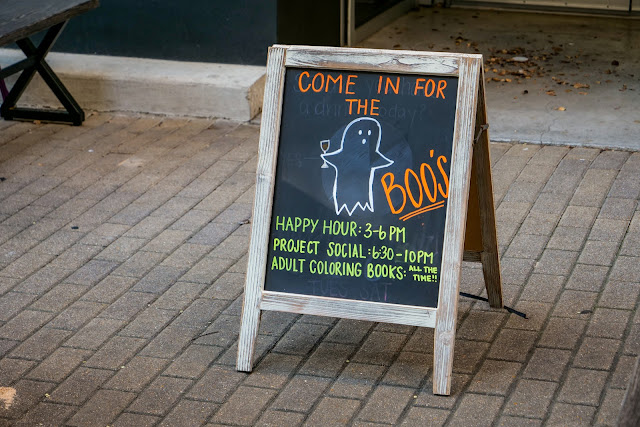 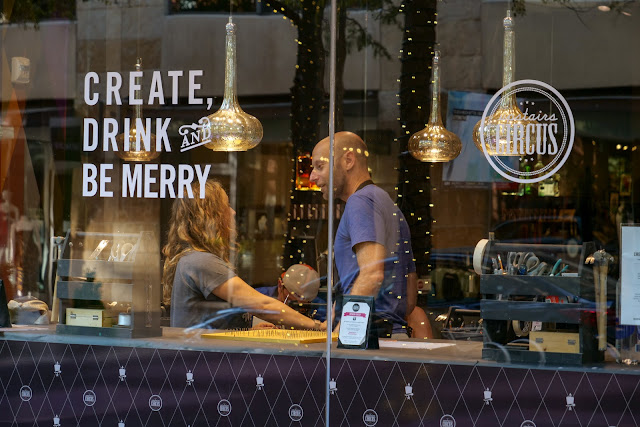 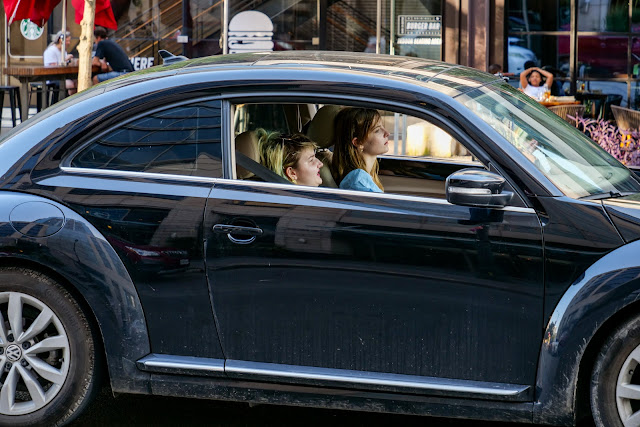 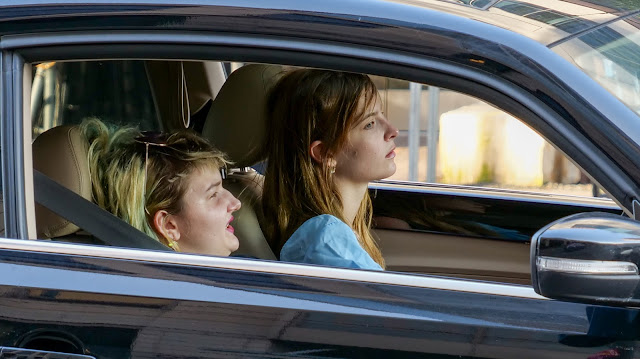 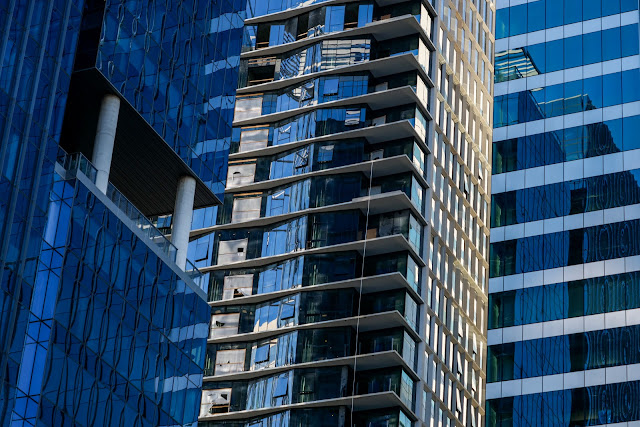 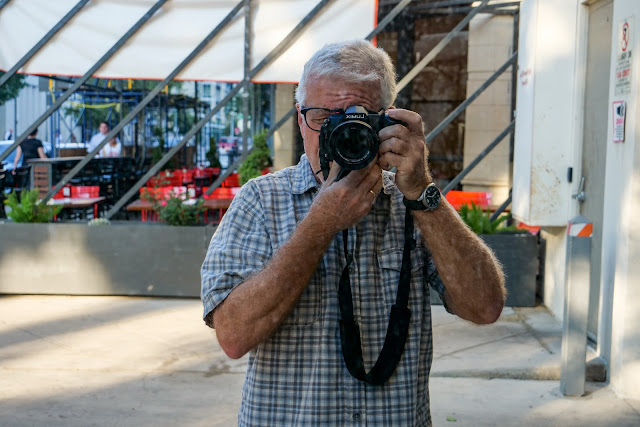 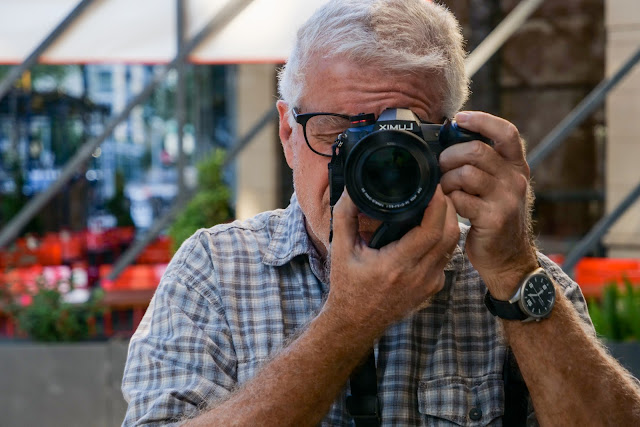 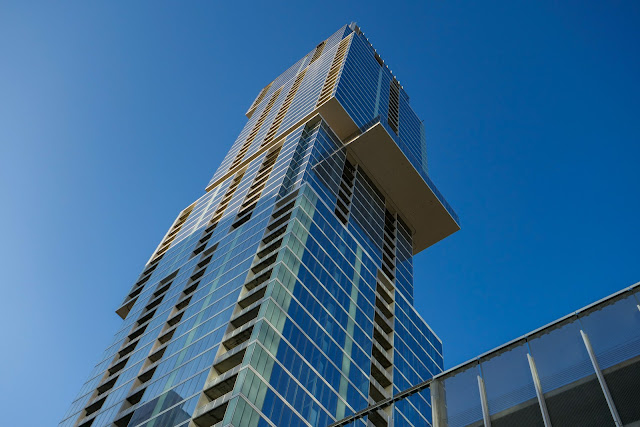 Posted by Kirk, Photographer/Writer at 20:00 6 comments: