I blame it all on my birthday. Why else would I decide to buy a new camera once I got home from Iceland? 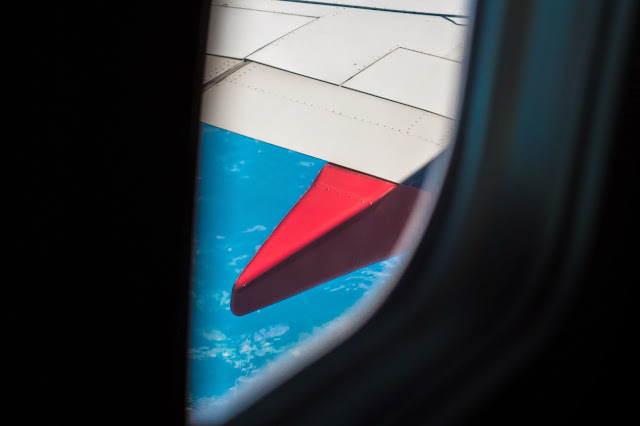 It was a strange moment. I had a long layover in the JFK airport before my flight to Reykjavik. That's sometimes the nature of living in a city that's not a hub for a major airline. I was cooling my heels and reading some work by Emmaneul Kant (doctrine of transcendental idealism) when I decided to take a mental break and pander to the primordial side of my brain. I wanted something vapid and easy, like cotton candy, to read. Of course, my first thought was the lugubrious equipment reviews at DP Review.  So I pulled out my laptop and went for a look. Morbid curiosity? At any rate they had a review of a camera from a company whose cameras I haven't used since well before 2006, and that would be Fujifilm. So, there was the new review for the XT-3 and looking at photographs of it sure reminded me of dozens of old, film type cameras I remember playing with. It's festooned with all sorts of dials and buttons that harken back to the days when living, and shooting, was easy and straightforward.

I made a mental note to do more research when I got back to Austin. In my sometimes jejune manner I reasoned that a long journey, with arduous periods of enforced inactivity, on my birthday, had somehow earned me the right to pop for a new camera. A 63rd birthday present to myself.... I knew no one else was going to get me one...

In the intervening nine days I worked with my Panasonic G9 and was delighted by the technical quality of the files. The color, especially, is exactly to my liking --- even in Jpeg files pulled directly from the camera. But once the glands in my brain that secrete hormones regulating (or accelerating) acquisition come into play my desire for something new and different can be very difficult to dislodge.

I was back home for a couple of days and decided to go to Precision Camera...just to replace the Godox AD200 flash unit I demolished in Fayetteville, North Carolina. I had a little free time so I handled the new cameras I'd been reading about. They had the Nikon Z7 and I liked the way the shutter sounded and felt,  and the quality of the EVF, but I wasn't crazy about where my pinky finger ended up when holding the camera; with my average hands that finger falls right off the bottom of the camera.

I took a look at the new Canon R but it didn't budge the excitement meter that should at least register when one holds a brand new camera in one's hands. "Have you played with the Fuji?" Asked my professional camera equipment consultant. No, I had not. For some reason I'd been subconsciously been avoiding contact with the brand, even though my friends who own them have raved about the files they get from theirs.

I guess it's the tales of weird and wacky raw conversions from the X-trans sensors and solemn denouements of the older Fuji cameras' autofocus that stopped me cold. I kept waiting for stuff to smooth out over successive updates to the line. But with a nice, new BSI sensor, new AF performance improvements and a total revamp of the video capabilities, the XT-3 camera suddenly became interesting to me.

I bought a black one with the basic (and well reviewed) 18-55mm f2.8-4.0 OIS zoom lens. I thought about having it gift wrapped for me but decided that was one step too far.

I've had the camera for three days now but I haven't shot anything with it yet. I've had so much to catch up on, including downloading about 100 Gigabytes of material from Iceland and another 50+ GB of material from my corporate shoot before that. I also needed to head down to San Antonio for a first hand visit to my dad. I wanted to be sure he had been well taken care of during my absence. He was.

I took the camera along with me today to shoot some promotion images for a renowned magician but I ended up lighting everything with studio flash and, at the time, didn't know what Fuji calls the setting which gives you a bright view of a scene instead of a preview. You need that if you are going to shoot with studio electronic flash. Now I know what they call it and where it lives in the menu. (Vital info). I keep meaning to head out the door and head downtown to do a circuit with the new camera but it's gray, cool and rainy outside and I'm still a bit jet-lagged (actually, make that: Lay over lagged). I have time tomorrow, I'll give it a good workout then.

I've already identified a missing lens from the Fuji line up. I want a 70mm f1.4 or f2.0 as a portrait lens. I might order a Pen F to Fuji adapter and see how the ancient Pen F 70mm f2.0 and the 60mm f1.5 work on the new body. I hope I warm up to the camera and lens soon. I really can't return it as it was a gift from someone special...

Seriously though, does this presage a plunge into the Fuji camp? Only time will tell.

If you are a Fuji user and feel like providing me with good, operational tips or lens selection tips I'd love to read them in the contents.

A big wind up here but no big pay off. Just another somewhat irrational camera purchase. I wish I could tell you I finally broke down and bought a 100 MP Phase One camera and a box of lenses to go with it but I can't bear the idea of working with those huge files.

Just getting work done here. Four days booked next week and I'm still behind on laundry. Some things never change.