A collaboration with ATMTX to start out the new year. He wrote about our photo session over three different blog posts....

At any rate ATMTX sent me an e-mail late last year asking if I wanted to collaborate on a portrait shoot in the studio. He's more of an outdoor/available light/small flash expert and a friend of his wanted some studio portraits of her daughter. I'd never say "no" to a fun collaboration so I started the work year out by getting the studio into shape for a portrait shoot that included close up shots as well as full length poses.

ATMTX shot in between my shooting with his handheld camera and he also shot "behind-the-scenes" throughout the afternoon.

Hit the links above to read (and see) his version of events. I'm not through doing final edits on my high res shots but I'll share them after I'm done.

I love ATMTX's blog and think his complimentary description of my working methods is too glowing. But I was trying to be on my best behavior....

It was a blast working with a friend. I'll definitely do it again.

Gear notes: I was working with a Lumix S1R and the 24-105mm f4.0 zoom lens. Shot in raw+jpeg. Studio flashes into a huge umbrella and a smaller umbrella. Go see ATMTX's photos for more detail.

Hope you are having a fun start to your new year. 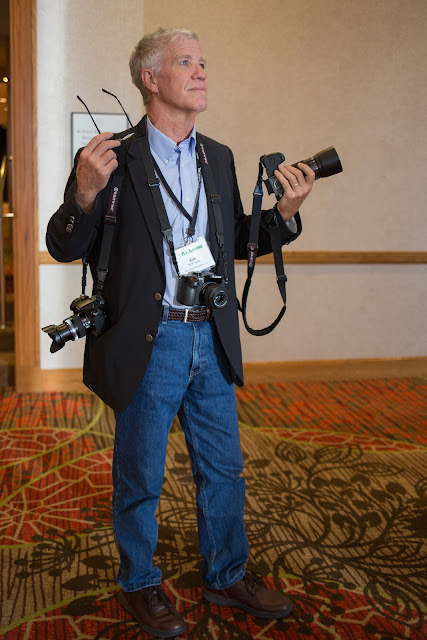 I thought corporate events and event photography services would die off and people would embrace virtual meetings and webcast events. I was wrong. 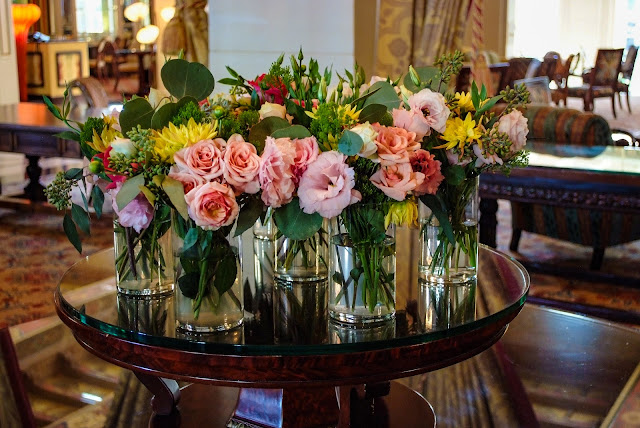 I'm getting myself organized for the first bout of event photography in the new year. Next Thursday and Friday I'll spend most of my time at a large hotel, near the convention center, photographing an event for a corporate client. I'll make photographs of everything from signage to decor, key note speakers on the big stage, and the dynamics of small "breakout" sessions. I'll be there for the opening reception. I'll be there before dawn for rehearsals and some set up shots on the second morning. I'll be there when the CEO wraps up the show at the end of the week. And I'll spend the majority of the time with a camera in one hand and a second camera in the other.

In the early days of this century one of my clients was a pioneer in virtual/video conferencing. They did installations all over the country, outfitting conference rooms with multiple cameras and large monitors. The idea was that instead of gaggles of execs and technical folk hopping on planes and spending enormous amounts of money on airfare, travel time, hotels, taxis, restaurants and entertainment, they would just dial up clients and vendors and have virtual face-to-face meetings in these constructed meeting environments. It might have worked out. To some extent I'm sure it did (although now I think the video+audio systems, and audio only systems, are mostly used by clients to relentless torture their advertising agencies, and vice versa...).

One of my clients is a very successful event production company and my conversations with them in the transitional days of all things digital circled around how to deal with the "reality" that broadband and ever improving tele-conferencing would profoundly change the way they did business. Rather than load up multiple 18 wheelers and heading into giant hotel and convention ballrooms to set up stages and execute rapid decor installations they would have to figure out how to create meetings that could be broadcast to clients and their satellite offices around the world. They would say a sorrowful "goodbye" to warehouses full of lighting, truss, drapes, mixers, audio equipment and so on.

But even after cataclysmic terrorist events and the biggest economic downturn of our generation the predictions of teleconferencing and webcasting taking over from live, on site events never fully materialized. At least not in a way that slowed down the desire and demand for live, face-to-face engagement. Seems there's something valuable about actually meeting people in person and gathering together in large, dark rooms to share information first hand. As a culture that no longer reads text the primacy of "monkey see/monkey do" has become, de facto, the only way that many people are now capable of learning new stuff.

I guess this is why photography workshops took off as well; a market based on an inability to transfer information from the written page to the brain. The workshop provides a situation in which people can watch an "expert" do something, in a particular way, and then be led through the process until it is consumed and newly integrated.

At any rate, since the 2008-2009 economic downturn there has been a steady upturn and recovery in most corporate markets and along with it an ever increasing demand for live events of every kind. I understand live events from a sales point of view; nothing beats meeting a vendor and having them develop a level of trust and familiarity when it comes to closing a deal. But I would also guess that shows of all kinds: Sales meetings, CES, IFA, conventions, symposia and the rest are also nice breaks from mundane work weeks, a nice reward for high achieving employees, and a way to keep tabs on the rest of one's industry. At the higher end, corporate executive retreats, there is also a chance to sample "the lifestyles of the rich and famous" as companies make tax deductible forays to expensive hotels (where no rational individual would ever willingly spend the full rate...) to the finest restaurants in the service of their top people. And all of it is tax deductible.

The benefit to me and to a legion of other photographers is that this may be one of the few actual, successful cases of "trickle down" economics extant. We get paid to go along for the ride...

Most shows are now fairly pedestrian. Budgets are more carefully observed, venues less expensive, etc. It doesn't really affect me as my rates remain in the same basic band. But it's almost as though savvy event planners have found the spots in which they can "invest" less money in and still get the same bang for their overall marketing bucks. I'll call it the economy class version of last century's grand adventures in conventioneering.

I'm not sure what to expect from next week's show but I'll be as ready for it as I can. I know the venue and the specific ballroom in the venue. It's a medium size room seating 400 or so at the max. I've seen stage plans and they look nicely proficient. A raised, center stage with a big screen at the rear that will display rear projection video and slides. Two large screens on either side of the stage so everyone in the room can see the information/entertainment without craning their necks too much. A foyer that will be lined with booth for vendors and their sales people. Tables running down the center of the foyer space that will provide space for coffee services, snacks, and maybe a breakfast buffet on the second morning.

I know that the lighting for the important shots, the ones of presenters and speakers on the main stage, will be provided by multiple spot lights, hung from truss, in front of the stage. No real surprises.

I'll bring a roller case filled with back-up gear, extra batteries, a laptop and extra SSDs for back up and transfer. But the main gear will be the two Lumix S1 cameras, the 70-200mm and 24-105mm Lumix zoom lenses and the 35mm, 50mm and 85mm f1.4 prime lenses for those times when I want to get fancy with depth of field. I'll pack the 20mm f1.4 into the rolling case for some wide stage shots and anything that catches my eye but needs to be wide, wide, wide.

I'll bring an on-camera flash (and a back up) for reception shots and for use in demos and in places where even the fastest lenses aren't going to freeze action. But I'll never use them for any of the "main tent" sessions. As HCB was purported to have said, "using flash is like bringing a handgun to the opera."  (He obviously didn't spend a lot of time in Texas).

I like photographing shows. It's fun. I'm a bit of of extrovert so I like to meet new people and hear about new stuff. I like the pure photography of it because it's very rare at these shows to have anyone stand over your shoulder and micro-manage your day of shooting. You get to incorporate the skills of reportage (faux, interior street photography) stage show photography along with your skill in getting people to smile naturally for your camera in social situations. You have ample time to test out new lenses and new ways of using the lenses.

I like this kind of work because it more or less requires you to minimize gear and to pack down. While some shows might have a component that requires you to set up a few lights and take a few headshots most shows are fast moving enough to trim off those extras and concentrate on the flow of each day's events. With a stocked roller case in the marketing team office and a comfortable camera bag over my shoulder I feel comfortable spending the day making photographs that I believe combine two things:  fun and accessible images along with a well executed visual message that helps drive my client's marketing and brand.

During my tenure as an event photographer I've had the benefit of seeing some of the finest hotel venues in some unexpected places. It offsets the many times I have to stay at tiny, weird motels while on the road in my role as traveling environmental portrait photographer for industry. The images below are from The Breakers Hotel in West Palm Beach and also from the now infamous, Mar a Lago, also in West Palm Beach. I stayed at the Breakers for the better part of the week while working for a technology client. It's an amazing property but not one on my list of destinations I'd like to pay for out of my own pocket.

Mar a Lago was just weird.

But before I get on to next week's jobs I've got an important one to cover this Saturday afternoon. I'll be photographing a play for children at Zach Theatre. It's called, "The Very Hungry Caterpillar," and it should be a blast. Ben and I read that book....a lot. Nostalgia? For sure.

Love shows. Love events. Not so fond of office work... 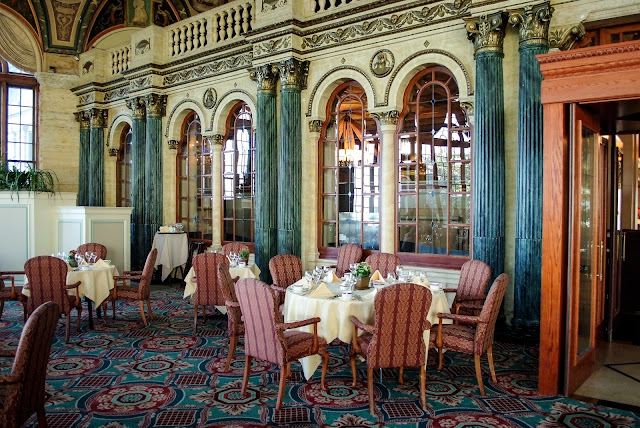 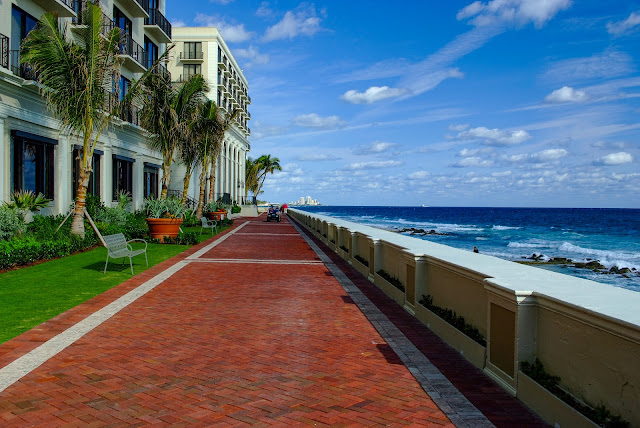 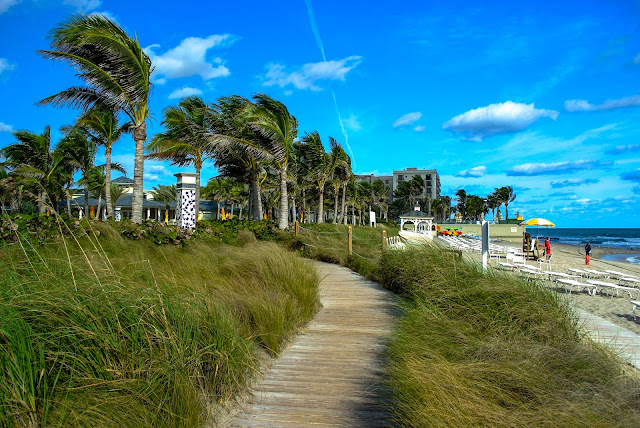 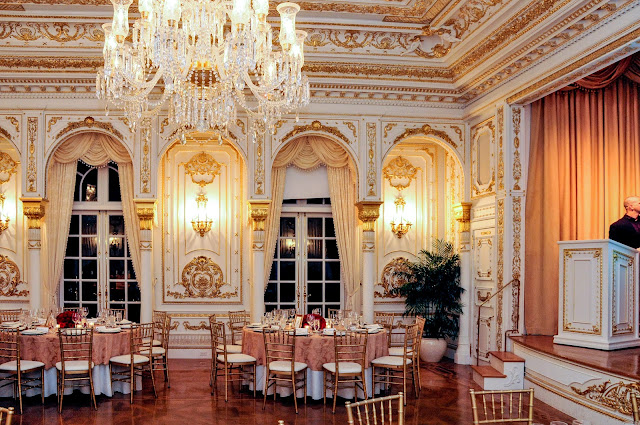 Above and just below: Mar a Lago dining room. 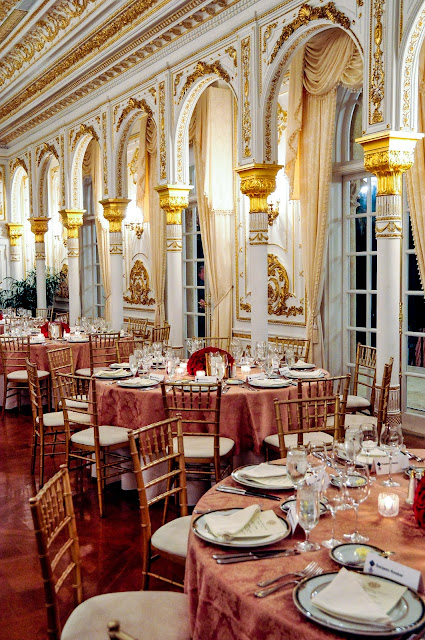 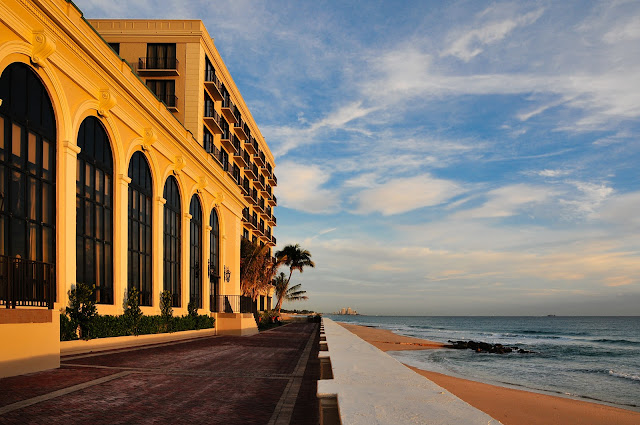 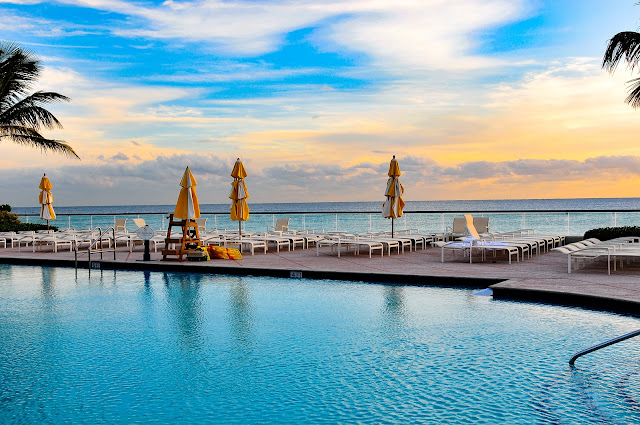 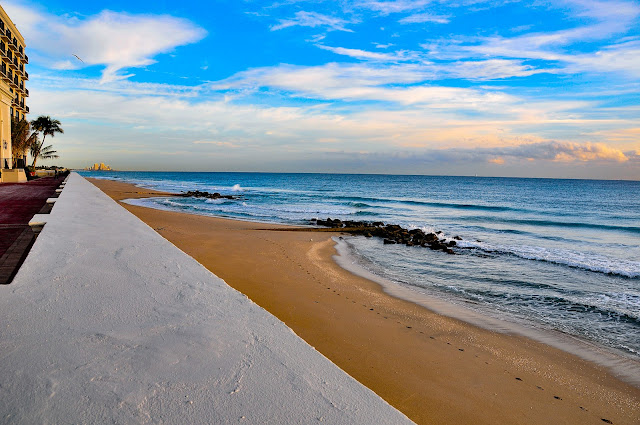 Posted by Kirk, Photographer/Writer at 10:18 6 comments: