A Few Images from the Recent Collaborative Portrait/Kimono Shoot with ATMTX. And some other stuff. 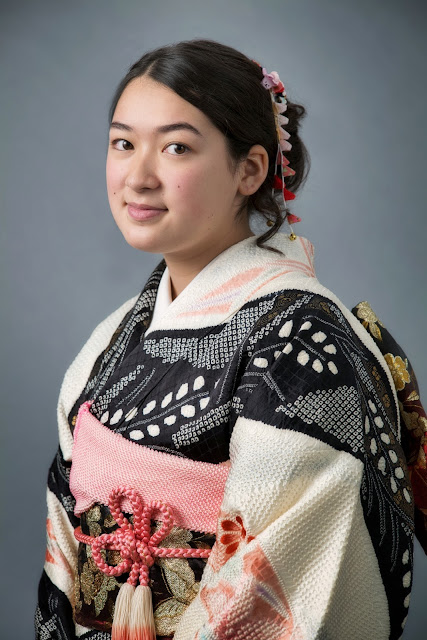 I started the year out with a portrait session. It seems so appropriate given my announcement that I wanted to concentrate more and more on portraiture... I was asked to photograph a young woman in her kimono for her parents. We had a professional kimono fitter at the session, a second photographer, and the portrait subject's mom. It was a fun, and light-hearted session and I thought it would be good to (with permission from both mother and daughter) share some of the images from the session.

I photographed A. using one of the Lumix S1R cameras and I chose to use the 24-105mm because I knew we would need to cover a range of focal lengths in order to show the kimono fully and then also do some tighter shots. I generally work from a tripod and am less comfortable shooting more formal portraits handheld. My photographer friend, the blogger: ATMTX photographed a lot of behind the scenes images and stepped in from time to time to shoot available light images in breaks between my photography.

I kept my lighting simple because it seemed to make sense not to overthink weird accent lights and such. We were looking for portraits that were about the subject and about A., not about showing off the latest lighting techniques.

Everyone seems happy with the results and I now have to go in and do my post production to the ten images that mother and daughter have selected. It should be fun because I'm also playing around with a new software program called, Luminar (4.1). Lots of tools for making skin nice and doing modest amounts of retouching. We'll finish the images off in PhotoShop. 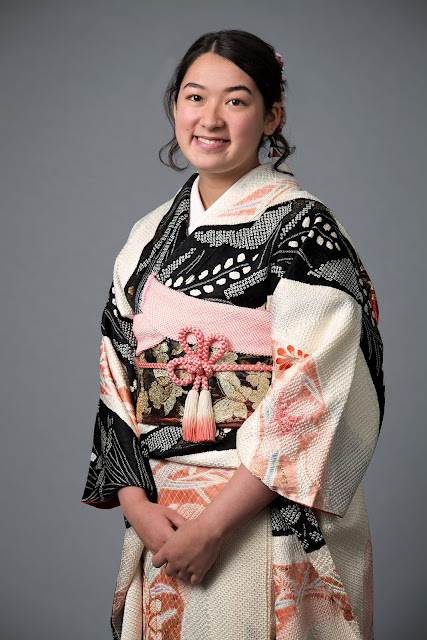 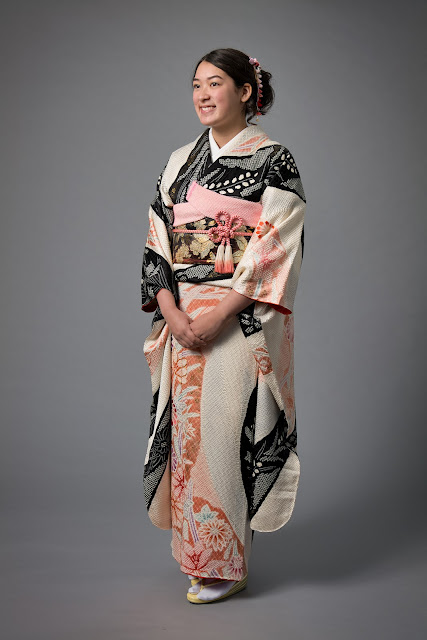 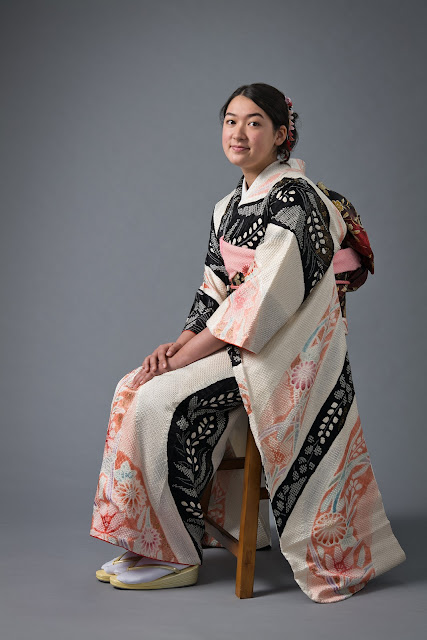 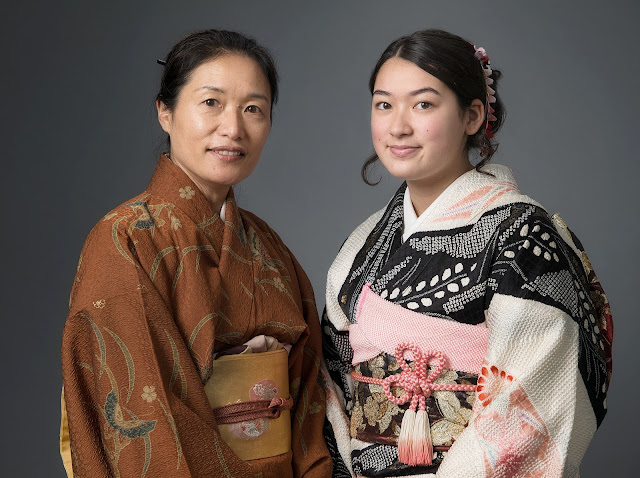 Mother and Daughter in kimonos.

In other news. I hate to go down the pathway of talking about nutrition and personal stuff too much. I love Michael Johnston but I disagree with a lot of what he believes is correct about diet but.... I stopped having my glass of red wine with dinner most evenings; in fact, I cut out alcohol altogether just after the new year in an experiment to see just how abstinence might affect my swimming and my ability to sleep through the night.

The result?  Seven to eight hours of continuous, non-interrupted sleep followed by some of the better workouts in the pool that I've experienced in the last six months to a year. In the pool, at any rate, I feel as though I've turned the clock back about a year already.

I'll keep the experiment going right up to the USMS Long Course National Swimming Championships this Summer and see if I can make some qualifying times for some of my favorite events. The worst case scenario is that my physical and mental health will stay the same but my spend on superfluous wine purchases will go to zero, potentially saving me thousands of dollars a year. Best case scenario? I'll fall asleep at the drop of a hat, be happily unconscious for eight solid hours a night, wake up totally rested and ready to dominate my swim lane. Oh, yeah, and I might have more energy for photography.

Today's agenda. I made it to the 8:15 workout and we swam for an hour and fifteen minutes in an on-again, off-again rainstorm (no thunder, no lightning). The coach was worried that we might need to clear the pool because of lightning so he front loaded the workout with a lot of fast, long yardage. He wanted us to get our money's worth in a compressed time frame. He needn't have worried because the god of Thunder was compassionate and didn't disturb our workout. At the end of an hour and fifteen minutes we'd gotten in somewhere north of 3500 yards with many reps of negative split 200s and an occasional, fast 400. After it became clear that we were not going to surrender the pool for meteorological reasons we finished up with some all out, as fast as you can go sprints on decently generous intervals.

A nice way to get your heart rate ramped up before heading off to work.

Speaking of work...today will be the first event shoot of the year for me. I've got today and tomorrow booked for a corporate event in one of the downtown hotels. Lots of stuff to shoot and a client request that we deliver both raw and Jpeg files at the end of both days. Good thing I got those Lumix S1 cameras so I can put the raws on CFast cards (damn, those things are expensive....) and the medium sized Jpegs on the SDxx cards.

I'm packing light today. We'll see how it goes with two cameras and four lenses. The lens choices are: the Sigma 20mm f1.4 Art, the Lumix 50mm 1.4, the Lumix 24-105mm and the Lumix 70-200mm. I'll toss a flash in the bag and a smaller MacBook Pro in the front pocket of my Think Tank rolling case. The case is for transport and extraneous gear storage. A big, black, tattered Domke bag is the main, mobile camera container. That's what I'll drag around the event.

I can hardly wait to kick off the event and get shooting. My only big decision is whether or not to get my haircut before we start. I'm working on being more eccentric so the ever growing hair is part of the schtick. But then again....corporate. Ah well, what do I know?

Go out and have fun. Life's too short to sit around pouting...

Posted by Kirk, Photographer/Writer at 11:23 12 comments: