I don't know why I ever, ever take reviews on the web seriously. And yes, I do get the irony of writing that here. I'd like to address C-AF and the Lumix S1 camera. 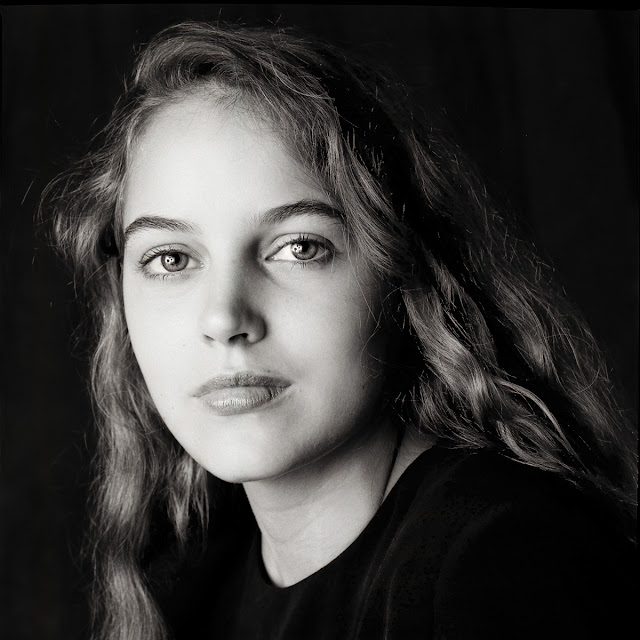 I've read and heard over and over again that the Lumix S1 camera is "flawed" because it just isn't competitive with XXX or YYY camera when it comes to continuous focusing or face detection focusing when used for video. I almost believed it because, as in politics, a lie told over and over again starts to become "true." There is a story in the photo and video marketplace that says Sony rules the continuous autofocus performance race in video. The other prevailing story is how awful the Panasonic Lumix S1 is in the same contest. I've used various Sony cameras for video and experienced foreground and background pulsing as the camera changes focus quickly, over and over again. I've also experienced my share of low light hunting with them. In fairness the last model I used was the A7Rii but it did use PD AF....

Well. Maybe I just got the only good Lumix S1 sold in north America but my experiences yesterday confirm to me that the consensus on the web is unmitigated, mindless, fabrication or out and out laziness. Let me explain...

When I bought the two S1 cameras I shoot with I decided not to care whether or not the camera was a quick and accurate focusing machine for video. Most of the video I've done over the years (about 90% of it) has been done in manual focus for one reason or another. I learned to shoot motion stuff with my own Bolex Rex 5, 16mm film movie camera and its lovely companion, the Angenieux 12-120mm zoom lens. There was absolutely no way to shoot that rig in any other way but manually. And the small and gritty finder one used to attain sharp focus was no great shakes so one really had to be on their game to nail sharp focus. Moving subjects? One did a rehearsal with the subject of the film and marked different "focus marks" at different critical distances on the lens barrel. When the subject moved from one mark to the next the camera operator moved the lens from one focus mark to another. It worked. 100 years of Hollywood film production serve to prove the process works.

I tried the autofocus on the Lumix for regular photography and found it to be very good for the way I operate. Yes, there's some wobble if you use C-AF and a faster frame rate but the focus itself has always worked fine for me. But until yesterday I never tried using the C-AF or the eye detect AF with video production. And, having read the usual incorrect and overblown crap on various websites (big and small) I thought I'd be giving it a try and quickly retreating to the proven MF methods I've learned.

First, let me tell you the context.

I was asked by the folks at our regional theatre, Zach Theatre, to help them promote a very good, one person production of "Every Brilliant Thing." It's a play about a boy who tries to help his depressed mother by creating a list of all the things that make life wonderful and worth living. I'm assuming from the title that the playwright is British...

The marketing team decided that it would be a fun bit of social media advertising to create a video, or a series of short videos, asking random people around Austin, Texas: What makes them happy? What makes their day special? What small pleasures make life extra good for them? What are their favorite things?

We'd be moving quickly and carrying all my gear along with us. We'd go from office to office, and from exterior location to exterior location, without any crew. No DP, no grips, no sound guy, no production assistant to fetch coffee and take notes, no make-up person to slow down our process. And no pre-casting; we depended on our charming personalities to enlist total strangers to our cause. And it worked!

But, that brings me to the reason I tried out the continuous AF in the video mode for this project. I had the camera on a Benro monopod, with an S6 video head. I was using the Lumix S1 camera along with the DMW-XX audio interface so I could use physical knobs to control audio levels. We used a reporter microphone which our marketing director wielded and I had a very small, Aputure LED light in the cold show of the audio interface unit. I was trying to juggle maintaining good composition and good audio in fairly close-up shots and I thought that if I could outsource the task of focusing to the camera it would be a lot easier for me to get everything else right too.

Our first shot was done outside on a very overcast day that came complete with flurries of rain and bits of wind. I put the camera in face detect AF mode and composed my shot. I used the touch screen to touch the face of the person on the screen so the AF would know where I wanted to start. The little yellow boxes leaped into action, found my subject's eyes and locked in like a dog with stolen bacon.

The first interviewee moved forward and backward and from side to side. The background was lighter than the subject. The camera wasn't rock steady (intentional) but the take away from this first test was that the camera never lost focus, never hunted and never pulsed between foreground and background. There was no focus jitter and no sense that the camera was compulsively refocusing in any unwanted way. In fact, it was focusing exactly the same way an experienced focus puller would have performed the same task only the camera was smoother. Emboldened by our first success I kept using the video AF for the next two hours. We interviewed 38 people and did something like 55 clips. I've examined each clip in Final Cut Pro X, on an iMac Pro 5K screen, and in each clip the eyelashes of my subjects are crisp and perfectly defined.

At first I thought that the good performance of the C-AF in video was just because we started outside and the light was bright enough to be using ISO 200 with a 180 degree shutter (1/60th) at 30fps with a f4.0 aperture. I thought, given all the horrendous misinformation on the web, that when we headed into the darker offices of the next interviewees we'd selected the much lower light would cause the autofocus to hunt and peck like a starving chicken.

One of the locations we shot video in was an office with minimal lighting and closed window blinds. To maintain the same video exposure triangle I outlined above I had to raise the ISO to 6400 (which is actually not a big deal with the S1 as it's a pretty clean ISO for video...).  The camera and lens showed the same smooth tenacity in focusing as they had in ISO 200 quality lighting.

When we headed to the pedestrian bridge to downtown to recruit new subjects I looked a bit comical as I trailed along behind the marketing director and the social media expert with my rig nestled on top of a stout monopod. I had headphones around my neck as we walked over to the next location and I kept the reporter style microphone in my back pocket. I didn't want to disconnect stuff since we had a bit of mist to contend with from time to time but I also didn't want the marketing director to carry the mic in case she got distracted and inadvertently tested the length of the XLR cable. And the structural integrity of the cable to audio interface connection.

So now I'm curious where the other reviewers of this gear get their results. Do they actually put a lens on the camera and point it at something or do they just parrot what the guy before them said in his basement vlog? I think it's embarrassing for the industry and ruins the overall credibility of camera reviews.

In addition to rock solid interview autofocus I have to say that the footage directly out of camera, with no color grading and no processing, is wonderful. We shot 1080p since the final use of the content will be on social media and will, overwhelmingly, be enjoyed on much smaller screens that the ones we're editing on. With the paid video upgrade for the S1 I was able to make video at 1080p that was both 10 bit and 4:2:2 color space. It's a bit rate of 100 mbps. I think it looks beautiful. Just beautiful.

If I could change anything in our very impromptu interview it would have been to add more front light so I could bring down the sky exposure. With that said my waveform tells me we're not burning out highlight detail. I guess I could reduce the highlights and increase the shadows but that might mess with the overall skin tone. It's always a compromise; either shadows and highlights or access versus production time. At least I know I chose the right camera for the job.

Posted by Kirk, Photographer/Writer at 15:59 23 comments: