Out photographing with the ancient Canon G10 last Sunday. It's a wonderful little camera. 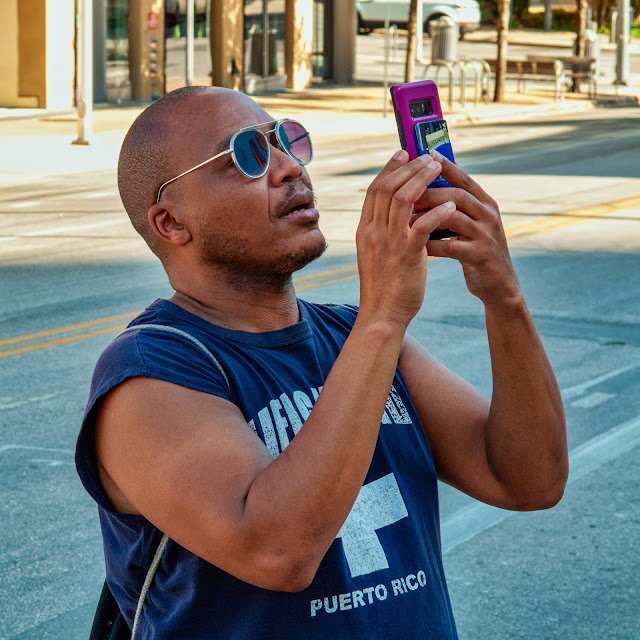 Kenny Williams is an actor I met at Zach Theatre well over 20 years ago. He's toured the world in the ensuing years as a gifted singer and performer but we've managed to keep up with each other. He texted me last week to see if I was interested in going for a walk through downtown. He has an interest in photography and wanted to see what I do when I take a camera for a walk. I was happy to have him along with me for a couple of hours.
We both made odd choices of cameras. He claimed it was too hot (it was!) to carry a big camera around so he prudently opted to take his phone instead. I'm just eccentric and I chose the Canon G10 because it was on a shelf right next to the door and it seemed so obvious, in the moment.
But I'm almost always interested to see just how great an older, smaller, cheaper camera can take photos if all the parameters of the shooting experience mesh with the capabilities of the camera. Full sun? Check! Slow moving objects? Check! Raw files available? Check. Well then, off we go.
First off I'll say I'm shocked at how well the G10 handled the scene above. Kenny is in open shade and we can see the sunlight street and sidewalks behind him. Yes, some parts are burned out but I'm impressed by how well the camera (set to "P") handled the exposure and how well the raw files dealt with the background. I'm getting better results from this camera than I remembered and I'm going to chalk that up to the idea that raw converters have been continuously improved so the raw files from cameras follow those improvements in lock step. Even from cameras that are 10 or more years old. Have raw file, will process. 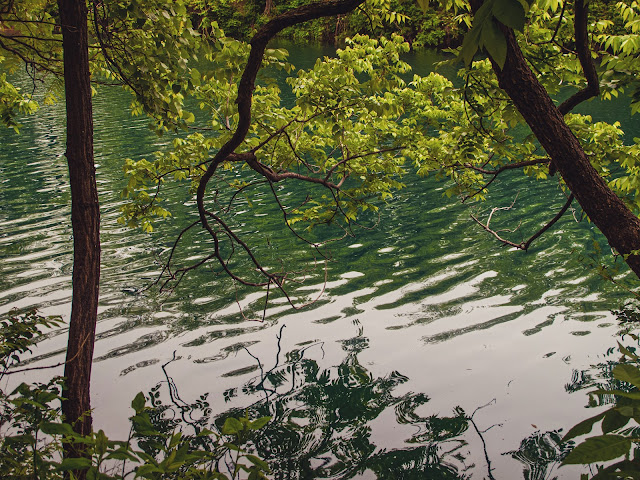 In the photo just above I'm impressed at the differentiation in the greens of the image. From the leaves on the trees to the water behind them. A Jpeg shot at the same time gave me greens that were much less differentiated and actually started to blend into each other. 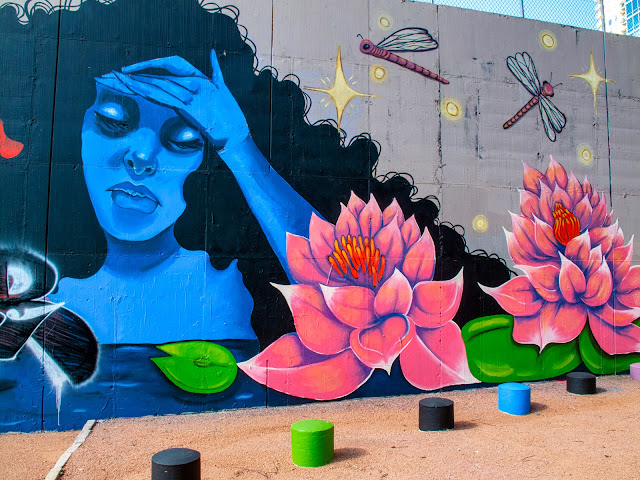 I find the colors from the older CCD sensor to be richer and deeper than the colors from the newer CMOS sensor in the G15. Funny. you'd think newer would be better but that's not always the case. I think CMOS trades off color depth and color saturation for lower noise and longer battery life. I'd rather have the colors.... 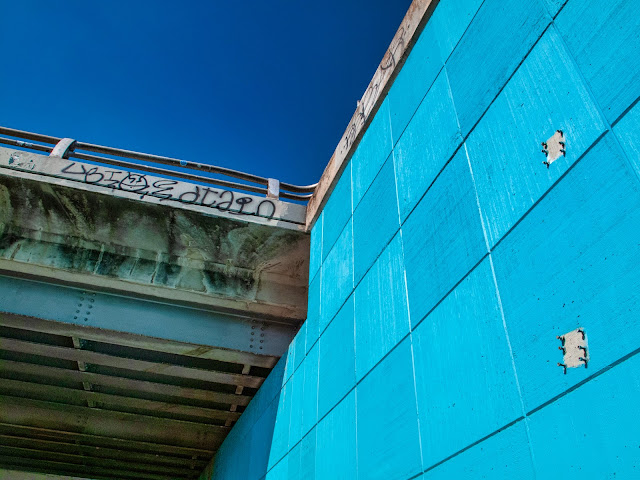 My final observation concerning the G10 is just how sharp the 28-140mm lens can be. While Blogger limits the reproduction size here I was surprised at how competitive the G10 raw files were with more modern cameras fitted with bigger sensors and much, much more expensive lenses. 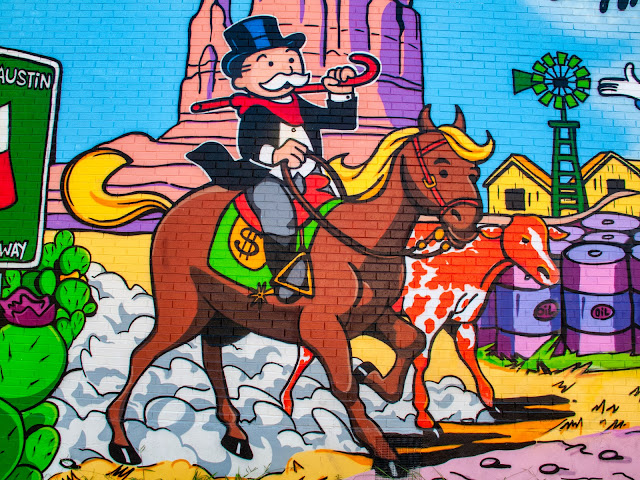 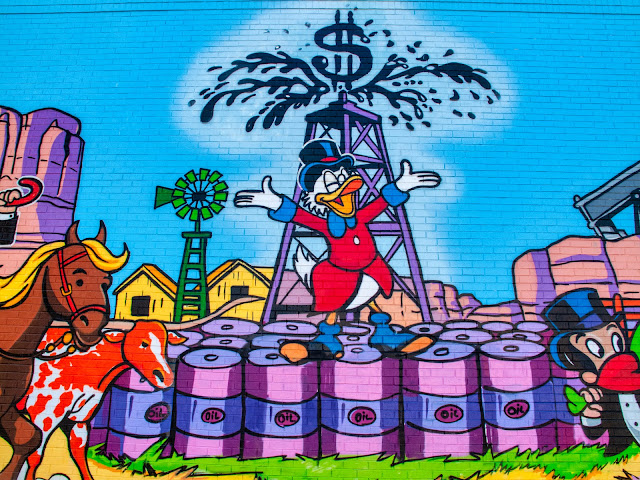 As you can see in the image just above, the trade-off for high sharpness and lack of vignetting with the Canon G10 lens is some slightly more complex than simple barrel distortion on the edges of the frame. Not the camera you want to use to photograph projects for architects --- but I think that falls into the category of common sense. Right? 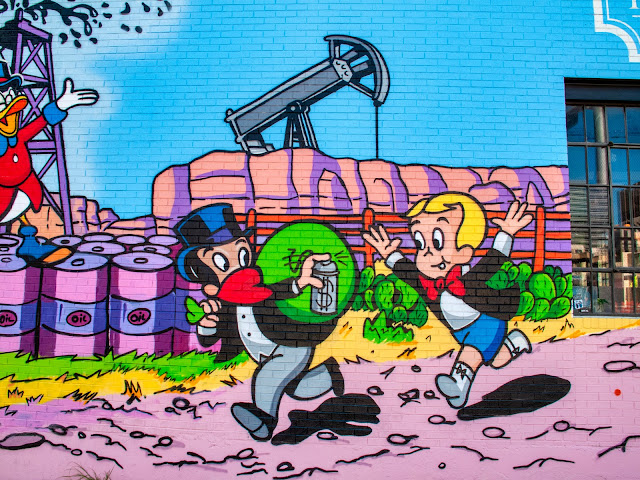 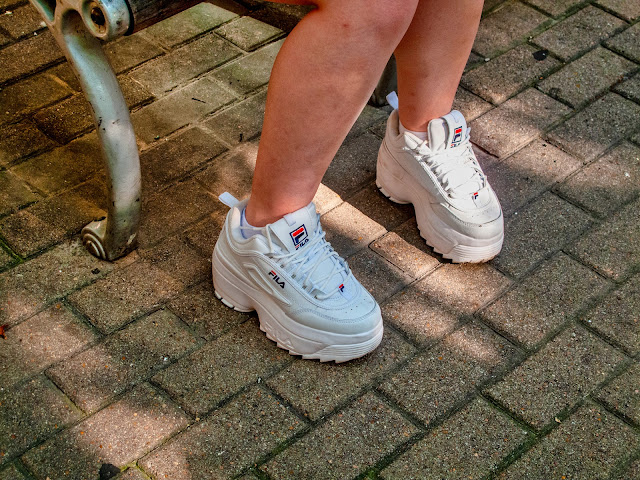 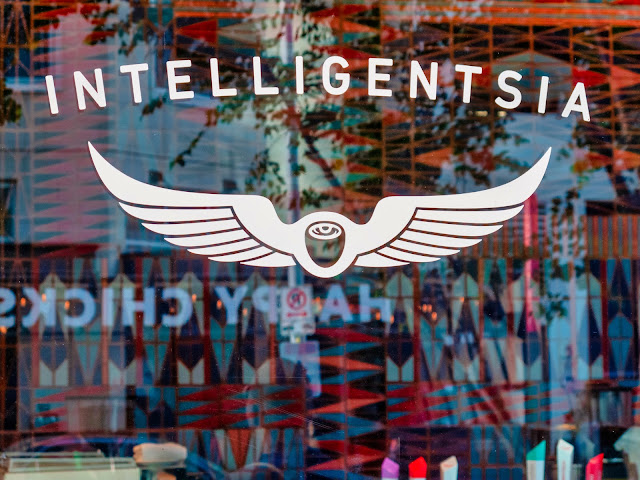 Kenny and I walked through downtown to search for new murals and street art. A lot of the good stuff from the early days of the pandemic are now gone. Taken down as businesses on East Sixth St. rushed to take the plywood off their doors and window and open up for business. Makes me happy I made multiple trips down to document them.
One of the biggest losses I encountered was the "paint over the top" of the Superman and Wonder Woman mural I showed a week or so ago. Senseless removal as it was replaced by......white paint. Sad. So Sad.
Posted by Kirk, Photographer/Writer at 18:36 4 comments:

Another perfect morning at the pool. I wonder if I can get paid to swim?


I use Blogger to create the blog posts. They've changed the whole interface and it may take me a day or two to get used to the new way of doing things. I hope there's no interruption of service and I hope also that I don't get myself into a technical pickle and mess stuff up. It would be a bad time to do so since my technical staff is busy troubleshooting the small cold fusion reactor we use to power the labs, etc.
Now off with a odd mismatch of cameras: The S1R with the 85mm Sigma Art lens and the Canon G15 (with freshly charged batteries...). Have a great day! Drink lots of coffee! Play hard.
Posted by Kirk, Photographer/Writer at 09:30 7 comments: