I'm sure everyone has been paying attention to advances in field audio recorders so I'm guessing this post is redundant. But here goes. 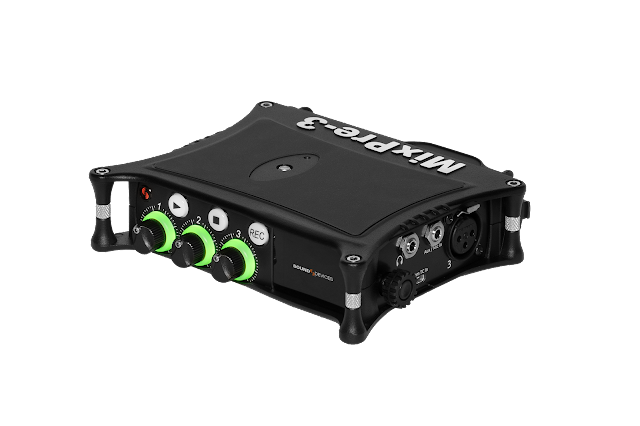 The big news in digital audio recorders this year is a feature they are calling "32 bit float."

But let me back up for a second and set the stage. When you leave a completely treated sound studio and venture out into the real world to make videos or movies you are leaving a "safe zone" and heading into a real world filled with background noise, distracting noises and random noises. You try your best to ameliorate as much audible clutter as you can by using the right microphone types, putting up sound absorbing blankets and turning off as many noise making appliances as you possible can. And you lift your headphones off one ear and say, "quiet on the set" whenever you can. That's the nature of location recording.

If you are not only the sound man but also the camera operator, director and all around only crew member then you've got your hands full.

The biggest issues, after the various controllable noises are taken care of, when recording live sound along with video, are the noise floor of your audio gear and the treacherous thing we call, "clipping." Clipping in audio is a lot like blowing the highlights in a photograph. If you record sounds and all of a sudden an actor or subject gets very loud a traditional recorder will clip hard and introduce a lot of distortion into you audio that's very hard to deal with in post. You can use "limiters" to pull back the audio but it's not the most effective solution.

At the other end of the spectrum you might have set your levels for a good level while doing your tests but then, in the heat of an interview, the speaker either moves away from your mic or starts speaking so softly that the signal barely registers on your recorder's meters. If your only job is audio it's pretty straight forward to ride the level controls but if your head is in the "visual" and "content" spaces you'll likely overlook the audio spikes and dark holes that will certainly vex you when you sit down to cut your project together.

Along comes "32 bit float." While nearly every production recorder writes 24 bit audio files the newest generation can write 32 bit files. There's a lot more information and the files are much larger but the wonderful thing is that you don't even need to set levels. You can bring up the quietest passages and you won't get the ever higher noise floor you would with a regular 24 bit file. You can scream at the microphone and as long as your microphone doesn't overload you won't clip the recorded audio. That's so cool. You can let Tom Cruise scream at you and record every tender nuance without distortion. You'll just need to adjust the levels in post.

The first device I heard about that offered this was a Zoom F6 and the reviews on it were pretty good. Some have mentioned that the audio pre-amps aren't particularly good sounding and that may be so but it sometimes feels (analogy) like people talking about a lens not having that Leica look. The F6 was cool in concept and I guess it's serving its purpose for some users but many were hoping that Sound Devices would come out with an affordable version because people really, really like that company's quiet and clean Kashmir pre-amps. And the way they design their limiters. The limiters have a nice roll off instead of an instant clamping modality. But, of course, you won't need to use limiters with 32 bit float. It's kinda built in.

Sound Devices launched an updated model of their original Mix-Pre3 audio recorder and, voila! it features the magical 32 bit float. And the Kashmir pre-amps. And you can use it as a high end audio interface for web casts.

The Mix-Pre3 is set up for professional use and takes three XLR inputs. It will do simultaneous writes on the internal SD card as well as a USB Thumb drive which gives you a back-up of your audio recordings. It can read or write time code and can be powered by double A batteries, an A/C adapter, a power bank via USB-C. Most reviewers are suggesting either the power bank option or an adapter for the battery tray that allows use with Sony NP batteries because the unit does suck down power.

This machine provides the audio equivalent of a digital camera raw files that never runs out of highlights and has no noise in the shadows. I'm putting this on my Amazon wish list for myself. It'll be right there next to that set of Leica cinema lenses. If you buy the five lenses together the package is just a bit shy of $100,000.

The Sound Devices Mix-Pre3-ii is much more affordable at around $800.

But the real story is the 32 bit float. And it is also available on a small, single channel device from a company called, Tentacle. It's a self contained recorder with a supplied lavaliere microphone that's meant to be used in place of a wireless mic set. Just turn on the unit, pop the small box into your subject's pocket, clip the mic onto them and go. You get to set the levels after the fact and it's easier than ever to sync up the audio to your video. That system is a bit less than $400. But you'll need one for each actors or interviewee.

I can't wait to try out the Mix-Pre3ii. Seems just right for a one man video band.

Okay. That's it for today.

Posted by Kirk, Photographer/Writer at 17:44 6 comments:

What kinds of projects are you doing to keep photography fun during the lockdowns? 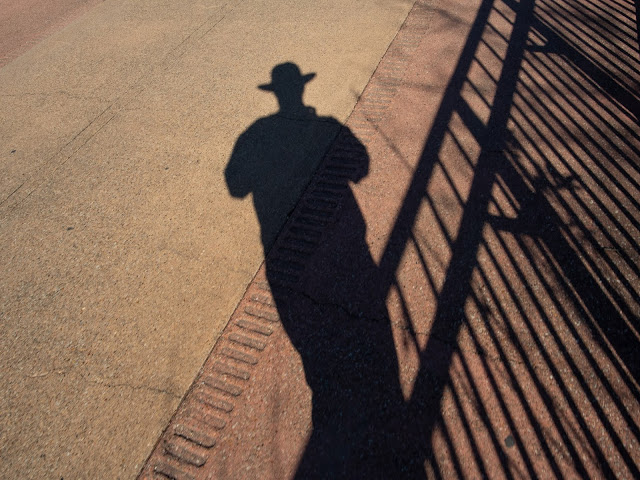 The physical isolation from colleagues and friends is the hard part.
I'll admit to feeling a bit lost this year. I've always used a framework of commercial engagements as the glue that strings together the fun stuff and the gear lust. Having descended from the puritans I have an aversion to spending money I can neither deduct or depreciate and l've also lost my rationalization that the paid work will pay for the leisure time photo dalliances. So I'm trying to mentally re-group and re-imagine doing stuff just because it's fun and just because I can.

I have in mind to make a series of small, black and white movies with my current gear. When I say movies I mean little, five minute to ten minute long pieces that are narrative in nature; not interviews or travel showcases. The problem, of course, is not really being able to use actors as I'd like and also not having access to locations that I used to take for granted.

Fortunately or unfortunately I've come to realize that unlike walking around with a nice camera and taking photographs of stuff that looks interesting or pretty does not work when it comes to making really interesting projects that need to hold an audience's attention for more than 30 seconds.

I say, "unfortunately" because this requires me to actually do work in advance of shooting. I guess it falls under pre-pre-production. The hard part being the need to think up the story, then write the script, and then do the storyboards. Everything else flows from those steps. But this means hunkering down and doing work for weeks instead of getting the immediate gratification of snap-shooting.

It's fortunate in that I have the time, and the country has the time, for more considered thought projects. There's not any pressure to construct and fulfill tight deadlines. There's no one looking over my shoulder trying to hurry me along or pick away at my budgets.

Having written a number of books I know the only way to make a good project, as opposed to a good shot, is to plan, write stuff out, walk through ideas and blocking, and to make well thought through shot lists. It's so different from my usual work which has always been loosely planned and subject to changes on the fly.

But I am curious what are you doing to stay active as a photographer? Have you found projects that are engaging even if they are different from your usual beat? I'm assuming that many portrait and people photographers are quickly discovering landscapes. I've tried it but my heart just isn't in it...

Would love to hear how you've changed your focus (ha. ha.) to adapt to whatever restrictions you are under in your area!

And a quick note to all of you being inundated by snow and wild weather: Stay safe and stay warm.

Posted by Kirk, Photographer/Writer at 13:24 24 comments: