Okay. Let's give this popular camera a run through. X marks the spot. 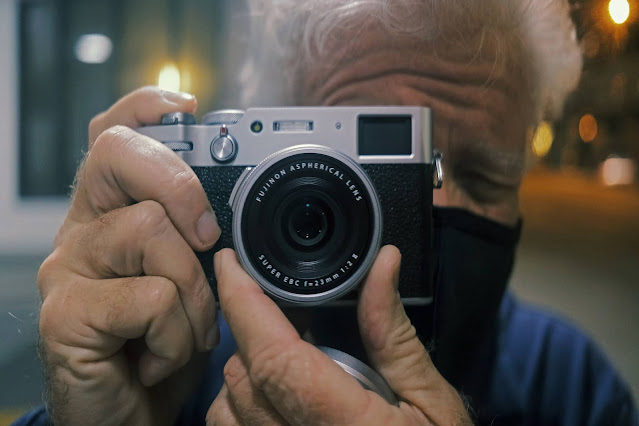 Shooting into a convex mirror out on the streets late at night. So, I've opined for years about how I'd love to use a Fuji X100 xx but I could never get past the 35mm equivalent focal length lens bolted onto the front of the camera. A friend reminded me that I could always use the "digital tele-converter" that's in the menu to get either a 50mm or 70mm frame and I thought that might be cool, especially since the sensor is now 26 megapixels instead of 12 or 16.
Anyway, fate interceded. I was munching on some great sourdough toast this morning when a dental crown became dislodged from tooth #15 (upper left, back molar). The crown came off at 9:30 and I was on the phone to my dentist by 9:32. The crown was re-acquainted with my tooth and I was out the door of her office by 11:15. I'll need a new crown because this one was just worn out from 30+ years of chewing stuff. But we'll take care of that in mid-January. Anyway, my dentist's office is just around the corner from my favorite camera store and I already had the idea of dropping by to pick up a Zeiss 50mm one of my photo friends had seen on the used shelf and dropped me a note about.
But for some reason I've been compulsively reading about the Fuji X-100 V for the last couple of weeks and when I walked into the camera store I took a cursory look in the used mirrorless camera showcase and there sat a mint, almost unused, chrome version, X-100 V. I forgot all about the Zeiss lens and fell into bargaining for the best price possible on the Fuji. By lunch time I was back at my desk with the Fuji reading the owner's manual online. Yes, I picked one up. I couldn't resist. The price was right. The timing was good. And I know the boss at my company would be more than happy to give me this camera as my year end,  Christmas bonus. After all, I've been good and have written many blogs for the company this year...
I thought I might be a little lost with a new camera but I have owned a huge part of the Fujifilm camera and lens catalog from time to time, including the short-lived ownership of a brand new Fuji X-100 T.
( which I was not too fond of ). The menu is not much different from that of the XH-1s or the XT3s I was playing with a couple of years ago. But still, every camera has it's idiosyncrasies so I thought I should take it out and play with it.
Accounting obligations got in the way of a daytime shoot. The post office was murder. I should have stayed in my pajamas and just wired everyone their cash instead of being such an old school, check writing buddy-duddy. But around 5:30 I closed the lid on the accounting laptop, grabbed the new camera and a fully charged battery and went for a walk through downtown.
It's early times with the X-100 V but I can say that I really think I like this model. We'll see after some good light and good weather shooting. Here are a selection of photographs I was able to grab before dinner. All very strange images but I seem to be stuck in an obscurity loop lately. I'll work my way out of it. That's something for tomorrow. 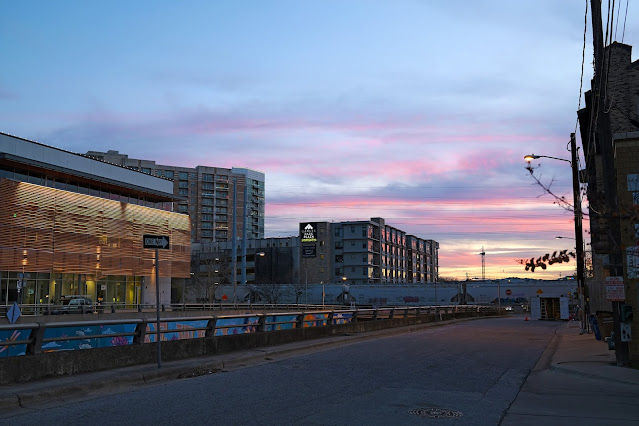 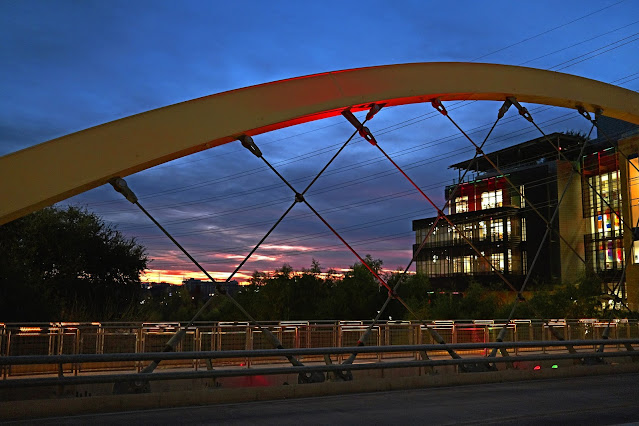 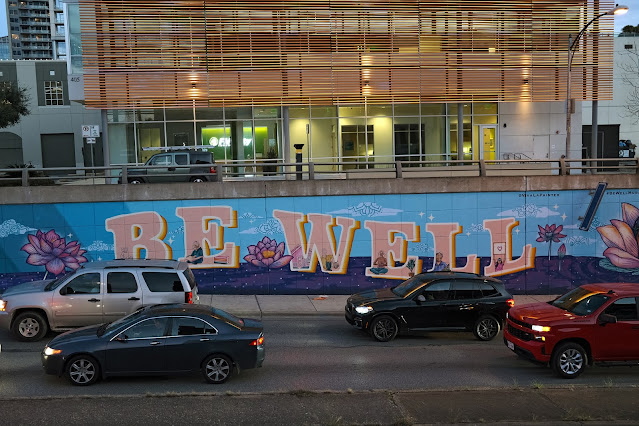 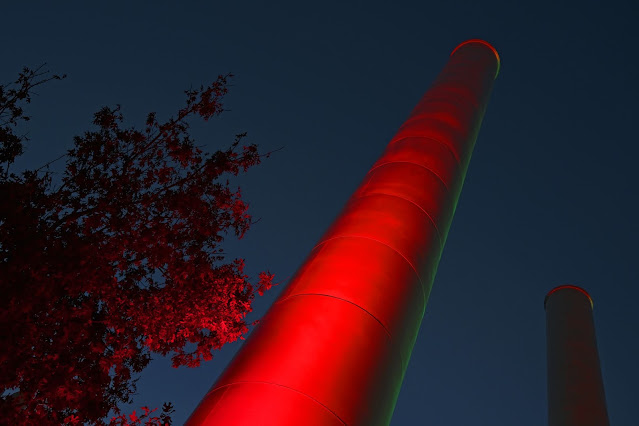 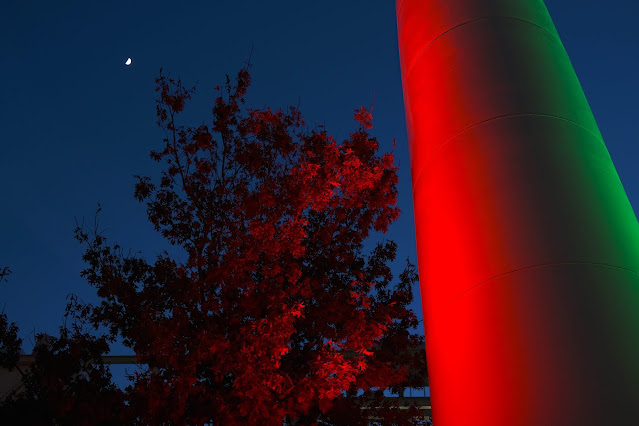 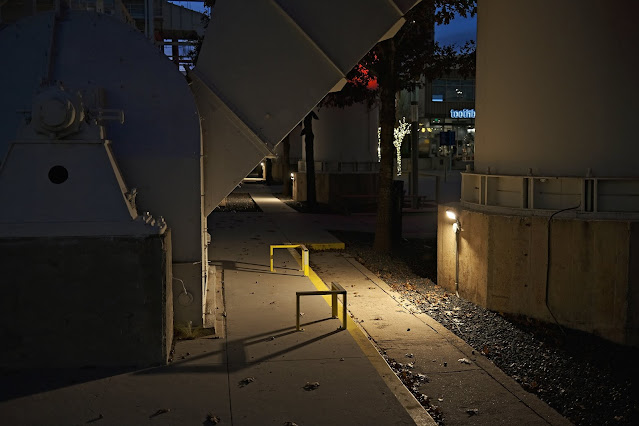 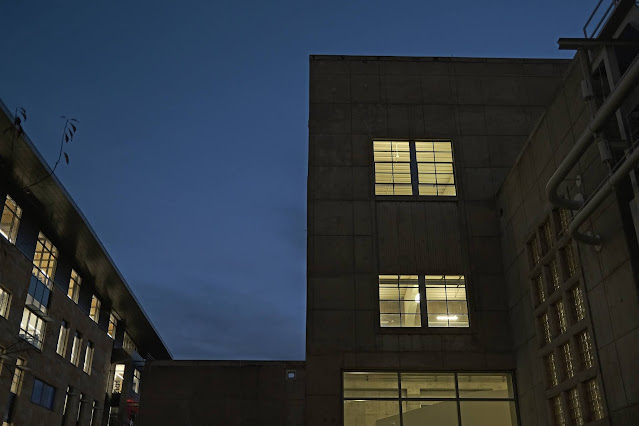 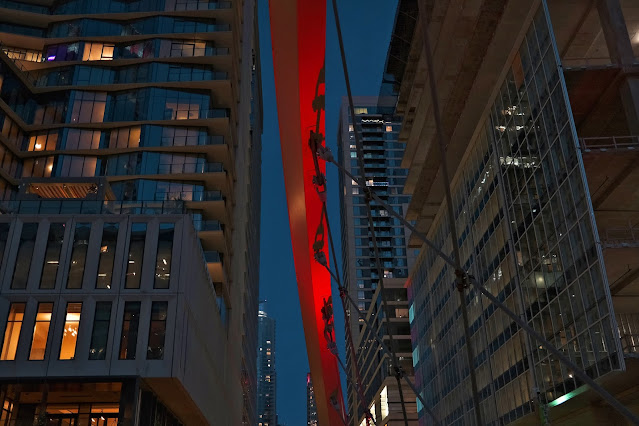 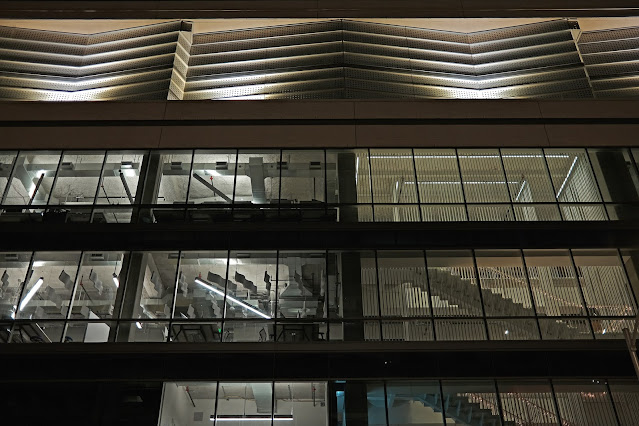 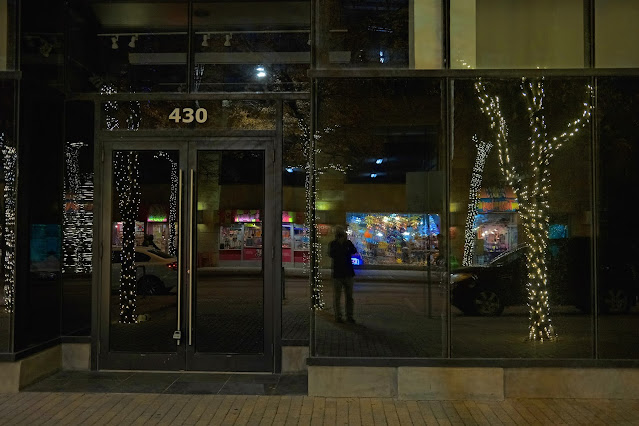 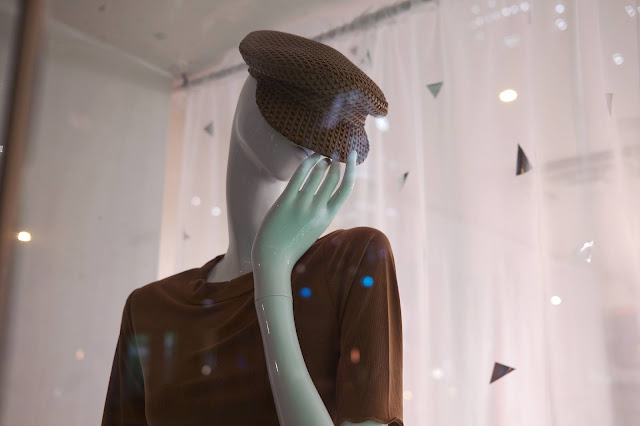 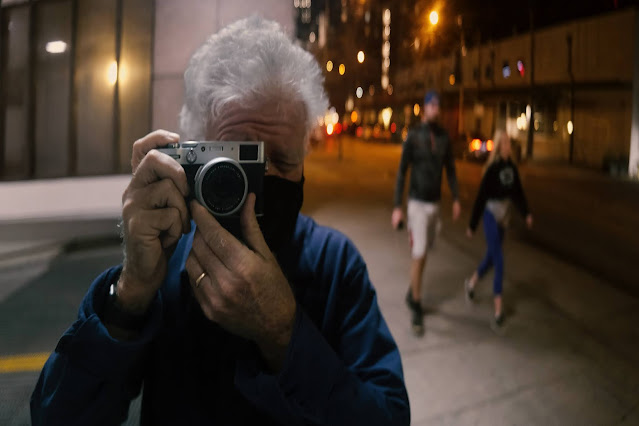 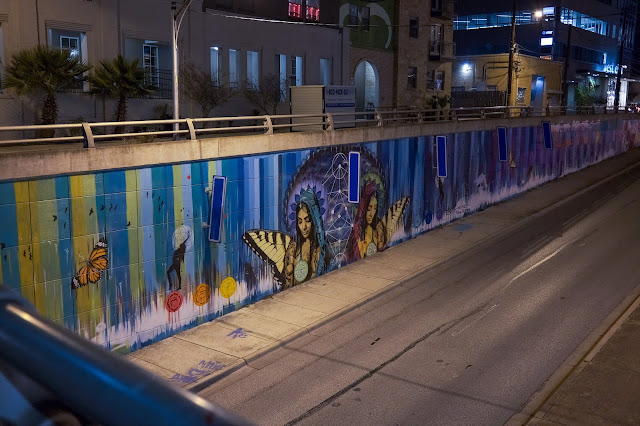 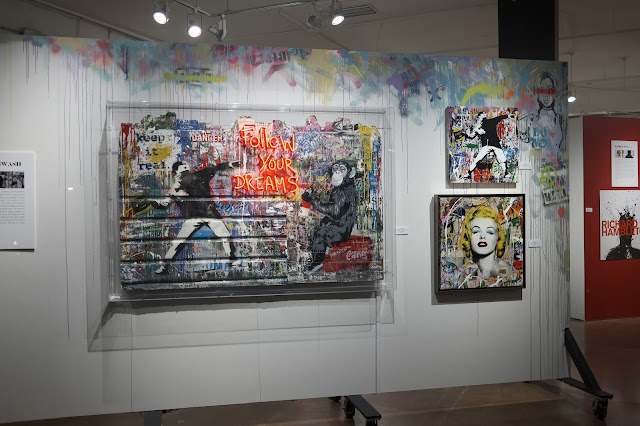 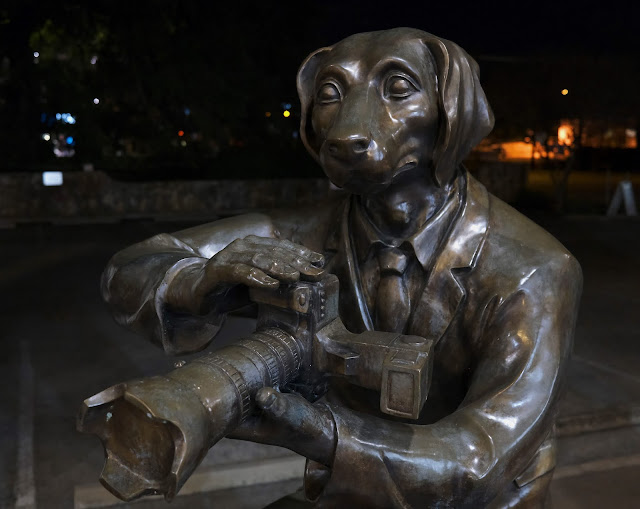 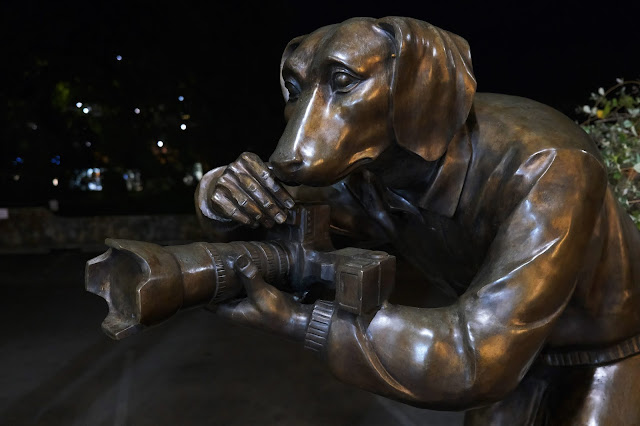 Posted by Kirk, Photographer/Writer at 23:21 18 comments: