What I have learned from a mentor. 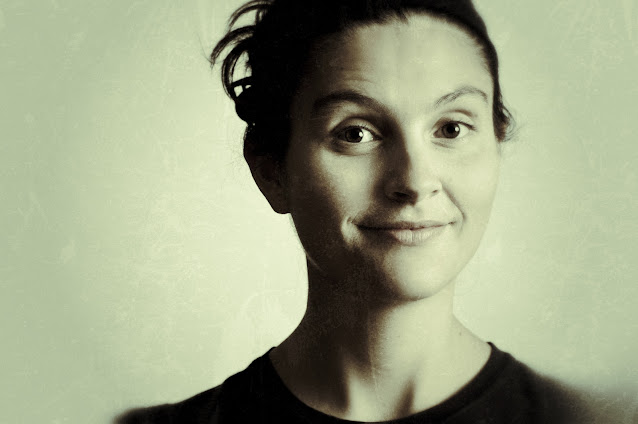 Amy Smith. Assisting on a photo shoot with me many years ago. I'll save this one.
It sounds a bit silly to have a mentor at 65 years of age but there it is. My mentor is not a photographer and has nothing to do with advertising, imaging or freelancing. He was a successful business person who made his fortune and retired. But he has also been a world class athlete since his years in college.

Lately, when we've talked on the phone I've tried to push the conversation toward things like "legacy" and "happiness." These are buzzwords in our generation and they have different meanings for different people. For most photographers of a certain age legacy seems to mean getting your photo archive in shape to leave something behind. This gives many folks a reasonable sounding excuse to putter around their office, looking through sheets of slides, contact sheets and online galleries, spending time reminiscing and taking photos from one stack and putting them in another stack. There are all kinds of strategies that the usual "experts" on line will share as if these strategies are a bold and effective battle plan.

We're told to rank images and put them into "keep", "maybe", "probably not" and "throw." The web-visor usually convinces us to put aside one "platinum" pile of images that will have resonance with your family and, perhaps, collectors. This stack is generally limited to one hundred images which have "stood the test of time." It's the artist equivalent of having a park bench named after you....

I asked my mentor about this at one of our casual meetings. He had recently completed a 10 mile open water swim race (at age 74) and he was very direct with me. This is a paraphrase of what he said (but it's pretty much accurate):

"All that shit you are supposed to do when you "get older" is rank bullshit. When people get old they tend to get stuck in their own comfort zones. The idea of sorting stuff is just an excuse to sit comfortably in a favorite chair and aim your whole being toward your impending death."

"You only have X number more years to live. If you are lucky! Do you want to spend them sitting on your ass waiting for the big decline or would you rather head out the front door every morning in search of a big adventure, a new adventure, a thrill, a challenge, a kick in the ass? Because I can guarantee you that aging isn't a process whose pace is carved in stone. You can speed up aging or you can slow it down but the secret is that if you aren't dedicated to enjoying RIGHT NOW to the hilt you are already deep in the sordid process of dying."

"If you want my advice you should take everything that isn't absolutely precious to you and toss it now. Do it the day they come to pick up the garbage so you can't change your mind and go retrieve it. Throw away everything you don't use, don't want, haven't played with and haven't shown to people. That way you break the leash. You pop through the protective barrier and you startle the people around you who thought you should just slow down, and shut up, and age gracefully."

"Swim harder, train faster, and if you have to be a photographer then go out and be a photographer because, as I understand it, your best work is always, always just ahead of you. The stuff you already did is finished. It's a race already swum. It's already given you your time on the awards stand. Do you think if you play with those pictures over and over again they'll give you another ribbon or a trophy? Dude, the magic is in the race. It's in the experience and the practice. It's certainly not resident in the snapshots of you standing on the award blocks."

"There are two kinds of people in life. Those who do and those who sit on their ever growing butts and watch everyone else have the real fun. Which one would you rather be?"

And with that he stood up, thanked me for the coffee and (literally) ran off to get started on his next project. Starting a running program for kids at risk.

Later in the afternoon I looked at a pile of stuff on my desk that I'd been trying to sort. Mostly ancient headshots for big companies that made up my client list for most of my career. I carefully pushed all the old envelopes off the side of the desk and into a convenient trash can, put on some walking shoes, grabbed a camera, and headed out the door. There might be gold out there. Just maybe. But I know I've got better things than to find places for images I never want to see again. Or move statements around from desk to filing cabinet to trash.

This blog is just a thought as I get ready to go out today. And I had one last thought about my mentor, the swimmer. If people could transfer, just for one day, their consciousness into a 74 year old's body that was in infinitely better shape than their own, full of strength, energy and endurance, free of all pain, would the experience inspire them to change their lifestyles the minute their consciousness switched back into their own bodies? Would they start walking with the goal to start running? Would they take up Judo or long distance swimming? Would they live their lives at the peak of their potential? --- once they discovered that it felt great and WAS possible?

I'd like to think they would. But I'm always haunted by the idea that most people are complacent enough to prefer just embracing the entropy and giving in.

Everyone, it seems, gets a choice.

Posted by Kirk, Photographer/Writer at 16:09 20 comments:

Fond memories of corporate events past... 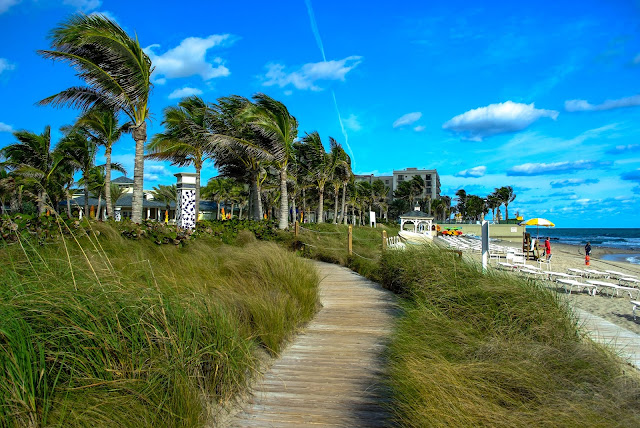 We spend a lot of time at the dining room table talking over dinner. Ben, Belinda and I have been sharing nearly every evening meal together for the better part of the pandemic. Breakfast is different. Ben and Belinda are grumpy when they wake up and I find it's more efficient (and better socially) if I head to swim practice before they get up. They mumble answers at the breakfast table and, sadly, I am the only "morning" person in the family. Best that we all keep a quiet and respectful distance until they are fully awake.

But dinner is much more lively. They are completely conscious; animated, and we discuss everything from exercise, diet and politics to sociology, technology and advertising.

Last night I got off on a tangent about corporate events. How they were held just over a year ago and before that all through time immemorial.

The image above triggered a memory for me of an over-the-top event I photographed for a high technology company in the first decade of the new century. We camped out at the Breakers Hotel in West Palm Beach, ate Lobster at Mar-a-Lago and sat through presentations on  How to Save your Company given by professors from Stanford and the Wharton School. (ironies of ironies...)

While always physically in the middle of things but on the periphery of relevance I loved these kinds of events where I was well paid to be a social documentarian. Catching nuance of the meetings and events for some unknown, future use.

My favorite part of the whole show (after the bits of high strung corporate drama and posturing) was waking up early in the mornings to see the sunrise or walking down the beach in the late afternoon with a camera in my hands and a break in my schedule.

I'm sure events will come back at some point soon. Everyone will have their vaccine passports and we'll gather once more to munch on crustaceans and guzzle expensive liquor. I hope the photographers will be invited back, along with the caterers, meeting planners and various other barnacles clenching tightly to the bows of commerce. 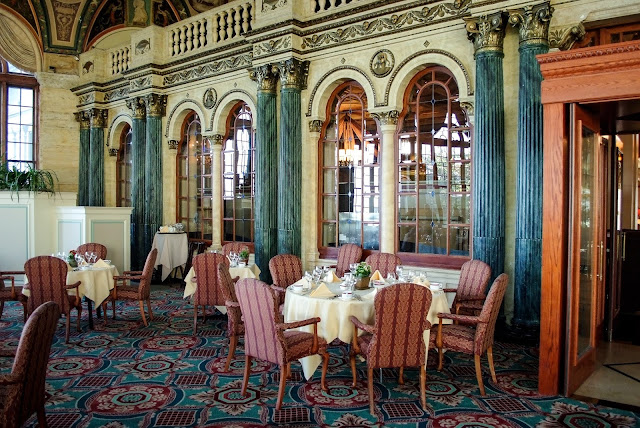 It was one year ago when I made this portrait of Kriston Woodreaux for his one person performance of "Every Brilliant Thing" at Zach Theatre. It seems like a decade. 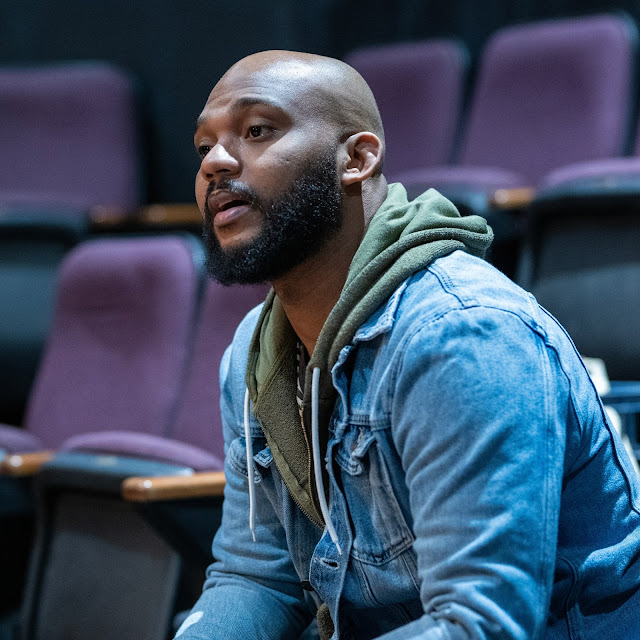 Kriston Woodreaux.
Photographed with a Panasonic S1 and the first version of the Sigma 85mm f1.4 Art lens.
I liked the results very much and this early success led me down the path toward cementing my creative feet into the Lumix system.
Posted by Kirk, Photographer/Writer at 10:18 2 comments: