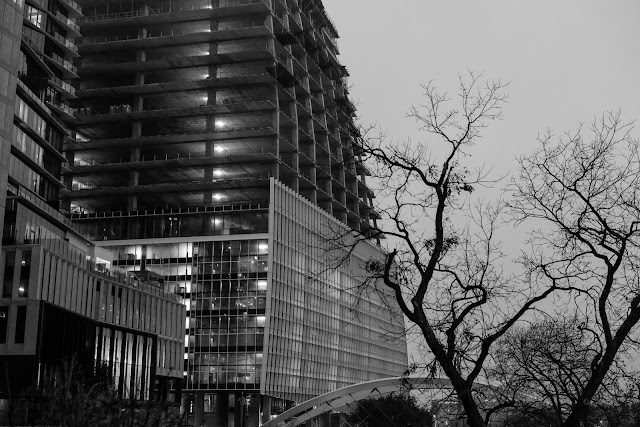 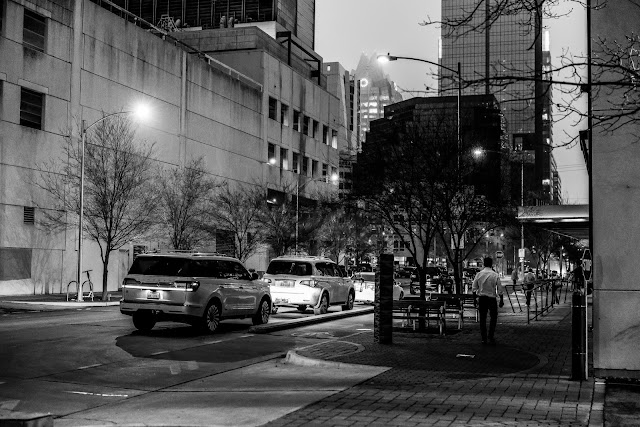 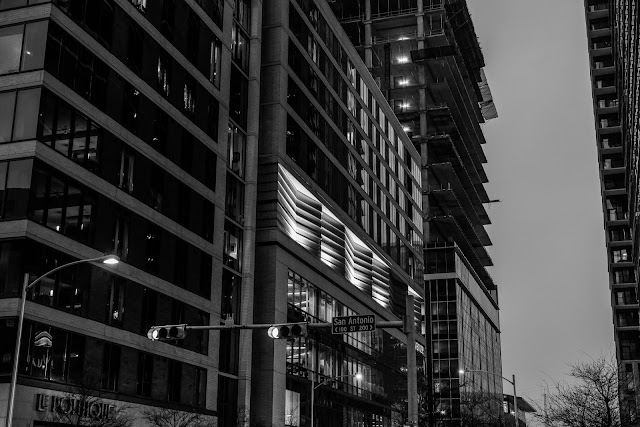 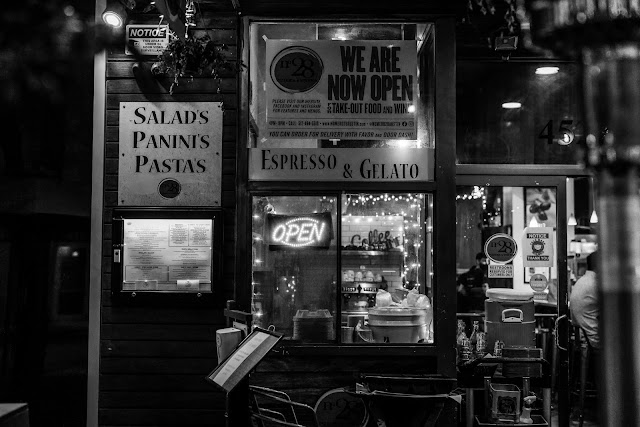 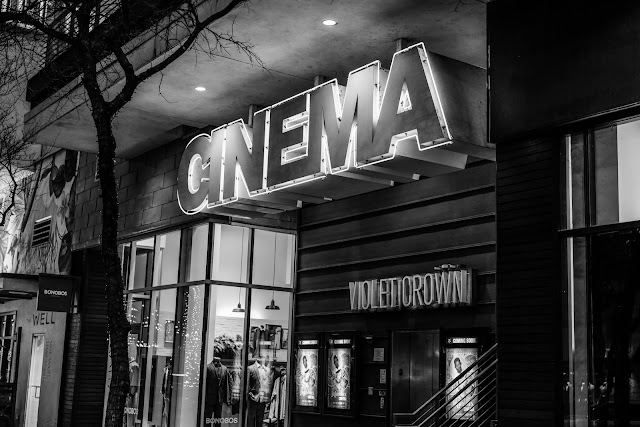 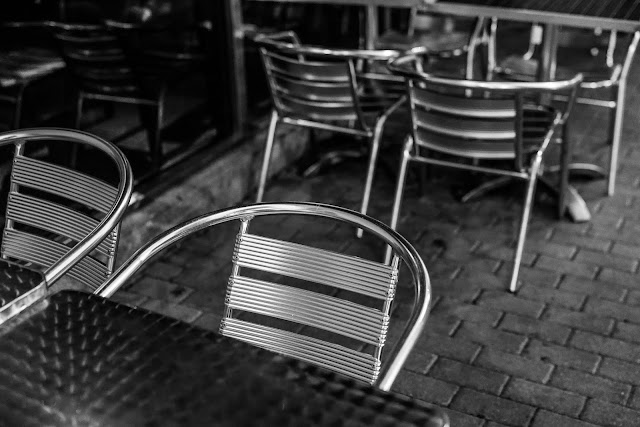 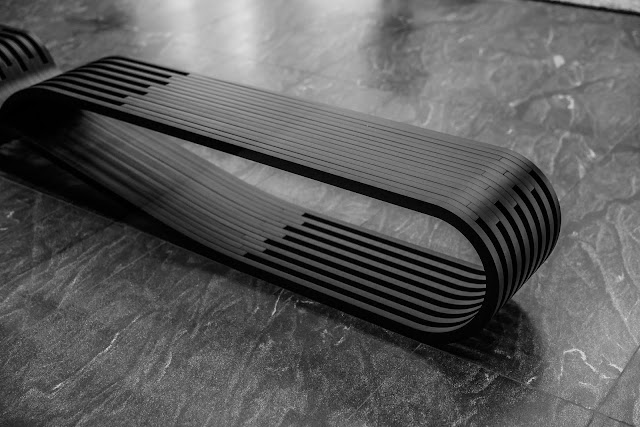 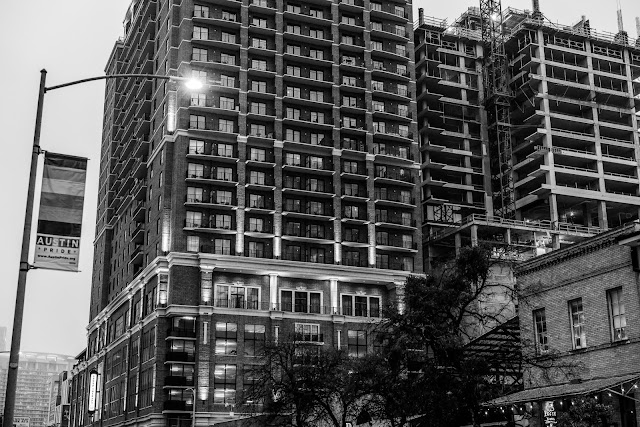 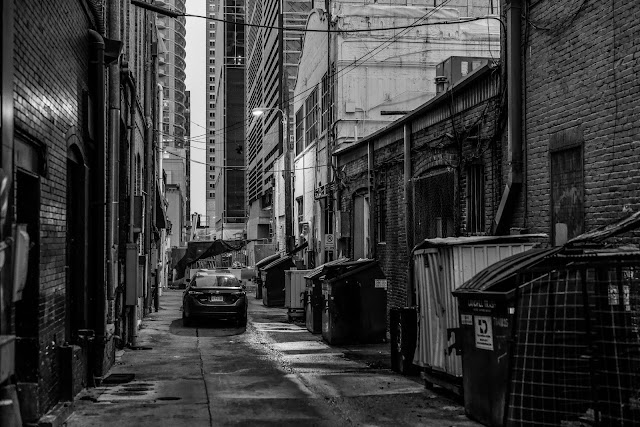 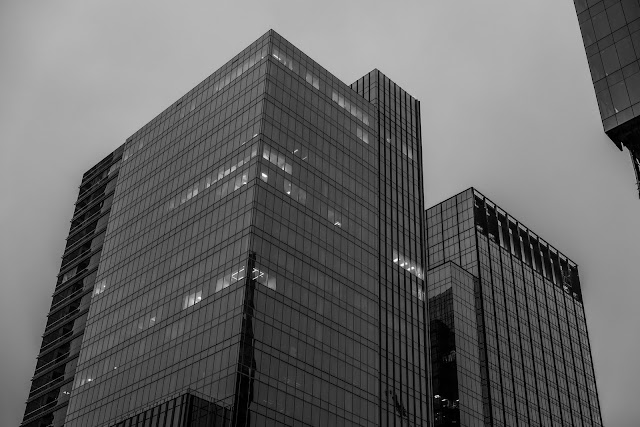 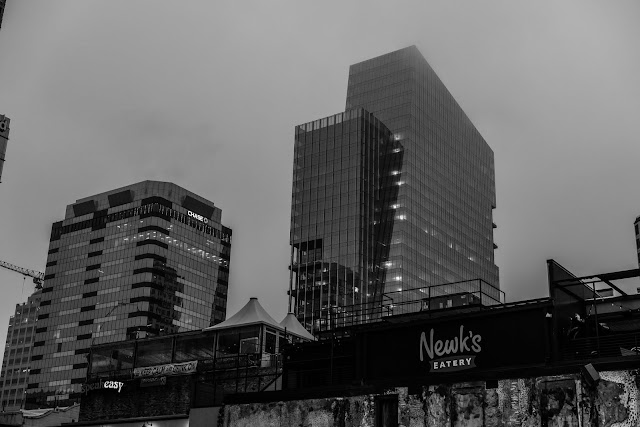 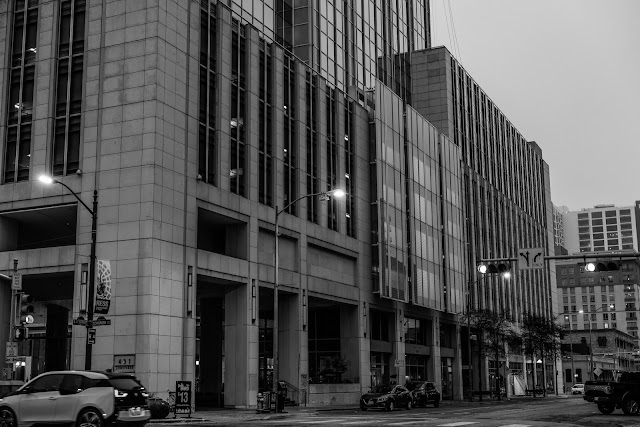 Posted by Kirk, Photographer/Writer at 14:30 15 comments:

I can sense that all of you have been waiting pensively to hear about our return to swimming. I shouldn't have kept you waiting for information for so long!!! 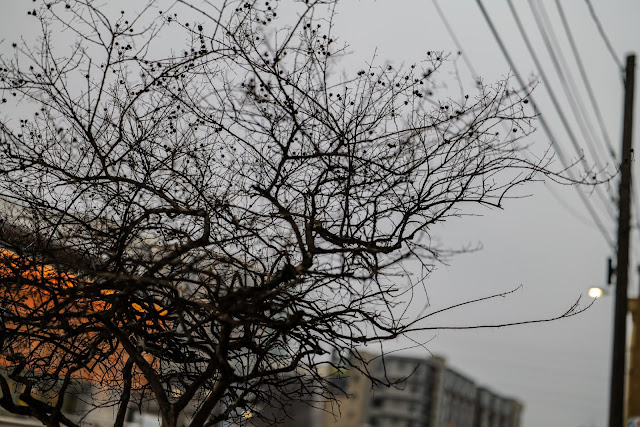 The Arctic Blast closed down our swimming pool for the better part of ten days because, at first, the management (rightly) decided it was too dangerous on the roads to ask lifeguards and coaches to travel to the pool. When the temperatures went sub-freezing it was also decided that leaving the insulating covers on the pool was a prudent conservation of energy already spent. Finally, the bitter cold damaged pipes in the changing rooms and some ancillary equipment.

We got the all clear to schedule new workout times and to get back to work swimming at the pool this past Tuesday. The workouts on Tuesday mornings are traditionally the most crowded of the week but this past Tuesday seemed almost overwhelming. Swimmers were so anxious to hit the lanes and get moving again that even chilly water didn't dissuade. The covers came off at 6:55 a.m. and 30+ hardcore athletes hit the water for an hour of hard work under the watchful but somewhat sadistic (kidding, just kidding...) supervision of one of our favorite coaches.

I loved the pain, the fatigue and the muscle soreness so much I made it back the next day for another dose. At the end of that workout I'd kicked off enough soreness and stiffness to start feeling like normal again. Two days, four miles and change later. I slept very well on Wednesday night.

But yesterday was the first day that I felt "back to normal." I swam with my favorite lane partner, Matt, and we plowed through 3200 yards with no breaks in the action. We swam many sets of 125s and 75's and finished up the day's workout with four underwater shooters. That's four times 25 yards completely underwater (a long time to hold one's breath after an hour of fast swimming...) with 25 yards of recovery heading back to the starting wall.

By the time of yesterday morning's workout the water had stabilized and the temperature was a perfect 79 degrees. What a luxury!

I'm sticking with my new tradition of cross training on Fridays so I skipped today's swim and I'm lacing up my running shoes for a leisurely run around the three mile loop at the downtown lake. Slow and easy. Trying just to look like I'm not struggling too much.

I hit on the idea of mixing up Fridays so I can rest up for a harder effort on Saturday mornings. That seems to be the rhythm of the days. Hard on Tuesdays, Thursdays and Saturdays. More concentration on technique and turns on Wednesday and Sunday. Something outside the pool on Fridays and Mondays.

I did a bunch of resistance and weight training during the big freeze, as well as long walks when the weather wasn't too intimidating, so I lost less endurance over the last ten days than I thought I would. Still, it's icky to have too much down time. At least we very rarely have to close down for weather.

Just FYI for Austin swimmers: Both Barton Springs Pool and Deep Eddy Pool have opened for lap swimming again and admission is free until further notice. Be aware that strict adherence to a waiting in line protocol is expected and enforced. Play nice. Swim well.

Posted by Kirk, Photographer/Writer at 10:39 5 comments:

Playing around with f1.4 at twilight. Always interested to see what lenses do. 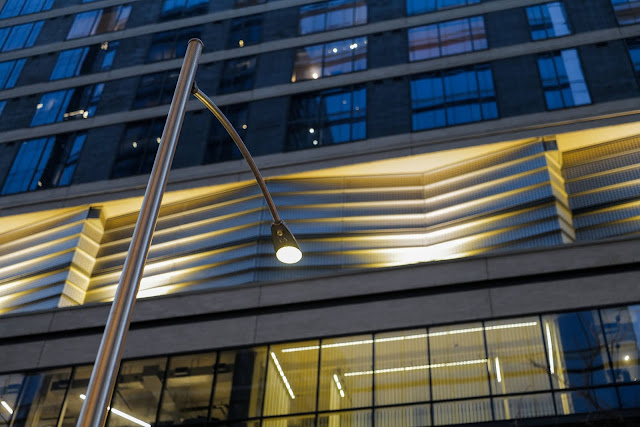 I was feeling glum yesterday. It turned colder and gray after a couple days of warm sunshine. While the weather wasn't nasty, like the week before, it was gray and misty and gusty enough to be...unwelcoming. I spent most of the day tracking down documents to send to a CPA in order to close the books on an estate account and that probably didn't help my mood. And, of course you know how sensitive I am to criticism about what I put on the blog....
At any rate, by 5:30pm I was ready to get my nose out of an Excel spreadsheet and out of my messy and storm trashed office and get some more fresh air. A morning swim and a midday walk with Belinda was good exercise but I needed some alone time to just walk with a camera.
I've been enjoying the new SL2 and figured that while I am still in the "honeymoon" phase with that camera I should use it as much as I can. It seemed like a good, low light evening to finally pair the camera with the Lumix 50mm f1.4. It's a heavy package but still manageable. Not what I might take if I tried to climb Mt. Everest but certainly portable enough for a couple miles walking through the urban jungle.
The top photo isn't a "portfolio" candidate but instead is a personal test to see how well the camera and lens work together when the lens is set at f1.4 and the whole system is asked to focus on a small, bright target; the actual light on the streetlamp pole. This test gave me an idea of what I can expect from the lens in terms of point source light flare and the relative ability to soften the background.
I shot the top image in natural color but then decided to try it again in black and white so I switched to the camera's monochrome setting. Of the two photos below the top most is focused on the light itself while the second is focusing on the windows behind it. I am impressed with the overall performance of the lens and camera under these conditions. The lens is entirely usable wide open while the camera's focusing and metering work well in a twilight shooting environment. So far so good. 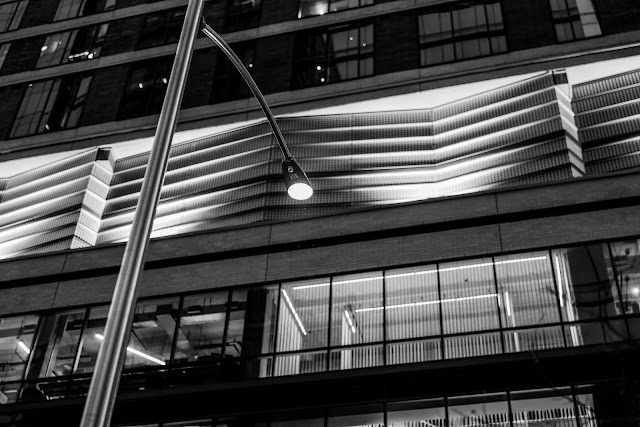 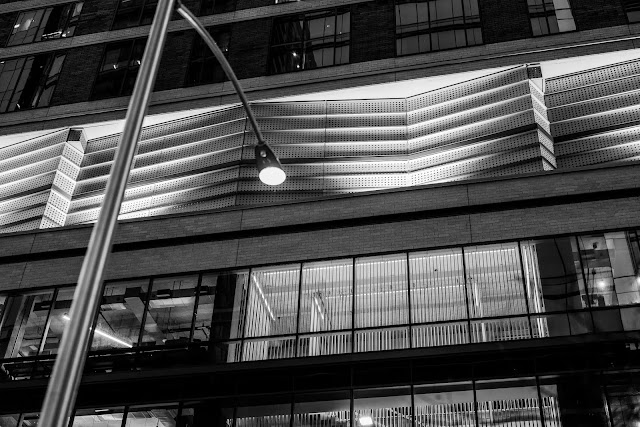 Smoking on a bench. 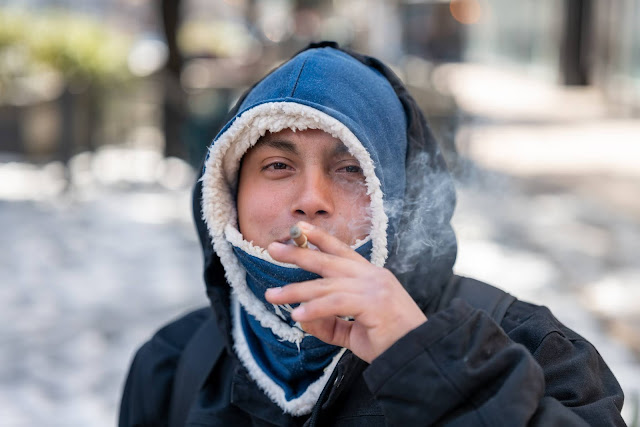 I was out messing around with my camera last Friday afternoon. The weather had broken and we finally had sunshine and temperatures warm enough to start melting off the snow. We're all unaccustomed to walking on icy sidewalks here so I was moving slowly and carefully.

As I crossed Congress Avenue I saw this guy on a bench and we nodded at each other. Basically saying, "I see you and acknowledge you."  I was walking by and he said, "Hey. Take my picture."

He liked the idea that he was smoking and continued to pose with his small cigar up to his mouth. I shot three frames and thanked him and walked on. It was fun.

That was my day to shoot with the SL2 and the 65mm Sigma lens and this shot was done with the lens wide open at f2.0. The entire encounter took 10 seconds but, in retrospect, I really like the image.

Thawing out. Feeling spunky after my first dose of vaccine. Counting the days till the second dose...