Was it the simplicity of earlier portraits that enabled their "authenticity"? 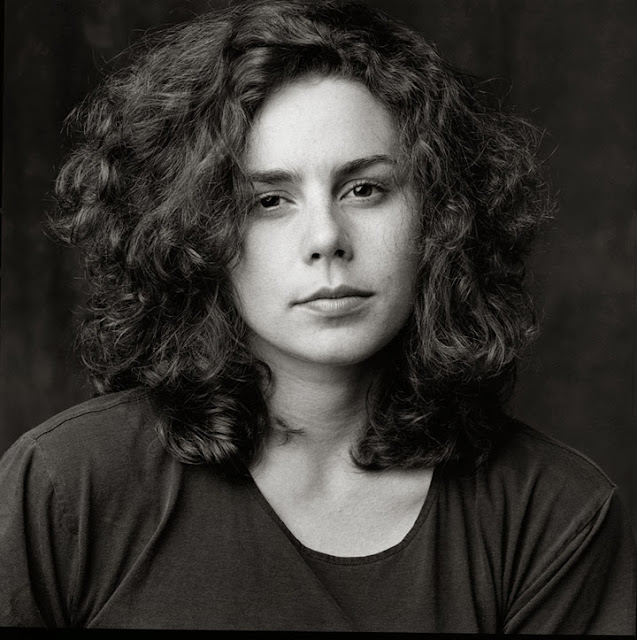 If you've watched different photographers take portraits you've probably noticed that there is a spectrum of the photographers' attempts to control all facets of the session. It's a given that we'd want to control the lighting and that it would be up to us to select the camera, film (or sensor) and the lens and lens settings. But what about things like expression and gesture? What about controlling the subject's self-presentation?

And here I am only discussing portrait sessions done for fun. Not paid sessions and not advertising assignments. Just two people having fun making portraits....

I've watched peers, students, workshop participants and friends take what I call "studio portraits" many, many times in my career and I've seen some photographers take infinite pains to get a subject, ostensibly there for a casual sitting, to achieve a very, very precise tilt of the head, turn of the head, smile-with-teeth-just-showing, no-hair-out-of-place, lips licked just right, submissive or dominant, expression which, many times, (most times) has very little to do with the intention or personality of the sitter and everything to do with the presumption of the photographer that this would be the best way to proceed. Total control. An overlay of assumptions pertaining to recreating some pop cultural norm. Iron clad allegiance to a preconceived "look."

We understand the desire for control in a situation where the subject is a paid talent working to create a visual message for an advertising client. That's just a given. But if the intention is to "show" the person in an authentic way then I think the obsessive desire for complete control, and a totally tiding rendering, is antithetical to getting any degree of authenticity or naturalness in a portrait.

When I photograph people for fun, art, happiness, and joy of process I reject the need or desire for complete control of the process and look to my subjects to be responsible for presenting themselves to the camera. I don't perceive that it's my responsibility to tell them how they should appear in a photograph.

Sure, if there is something I've seen in their expressions, gestures and the way they hold themselves that I think would make a portrait more engaging I'll try,  through conversation and mirroring, to guide them back to that look; as long as I don't step over the borders of honest collaboration and become solely focused on injecting my own archetypes of portraiture instead of delivering an honest representation.

I think back to a portrait that I love of a woman who had very curly hair, with a modicum of flyaway hair strands. This was back in the days of film so we never considered going in with post production to carefully eradicate every stray hair. We left her hair as it was.  The resulting photo was perfect because it represented, at least to me, how this person looked, day in and day out.

But I have been an observer on casual shoots with models whose hair was very similar, which obviously conflicted with the photographer's point of view that every hair on a subject's head had an appropriate place and that any hair out of place would destroy his ability to appreciate the resulting photographs.  He tried hairspray on the subject's hair, and then styling gel, and then....I don't know what else because it was so frustrating to watch him fight with nature and circumstance as though his career depending on conquering every follicle that I slipped out of the studio door and went off to find coffee as an antidote. I couldn't fathom spending half an hour or more focusing on eradicating something that was an integral part of the model's whole look, all the while causing the target of this obsession to doubt the value of her contribution. In the quest for a visual stereotype.

I cherish photographs that are done for the sole pleasure of making portraits. I adore the shared collaboration of a photographer and a like-minded subject. Things were much different before the internet destroyed most people's ability to be authentic and to work outside the brutal constraints of mass cultural indoctrination, especially when it comes to "how a portrait should look!" or "how a photograph should be lit!" or "how perfect all skin tone/hair/wardrobe, etc. should be!" Without the constant influence of the feedback loops of the sharing sites and social media we were able to both muddle through our own mistakes and also find our own "gold" in a  session that followed its own meandering course.

Today, when we go out to photograph a corporate executive there always seems to come with the exec a little entourage of people who must have just searched TikTok a few minutes earlier for pointers on making "modern" portraits. They leap into the frame during the shoot to brush off a tiny piece of dust at the bottom of a jacket; a part of the wardrobe that perhaps won't even exist in the final crop. They dart in to smooth one recalcitrant hair (which I could easily remove in post) and they generally try to guide the session through a bunch of unnatural poses and expressions which they see copied and mimicked over and over again on social media.

I remember a time when one could explore one's own vision without the momentum of homogenized vision intruding....

The image of Suzy, above was one of those random, fun portraits we used to do from time to time when our commercial work day was over and friends dropped by the studio to hang out. She dropped by with a few other friends and I asked if she'd sit for a few minutes for a photo. She did. And she presented herself just as I knew her. Strong, assured and a bit defiant. I didn't try to get her to drop her chin and look up to the camera in a popular pose of feminine submission and I doubt she would have been game to do so if I tried.

We chatted and photographed and, after 20 or 30 frames we were done and on to something else.

It's interesting to think about now, since I've been in, and now out, of Instagram. So much of the work posted there is all about sexist cheesecake. And it's all circular in its references. I was appalled by the general homogenization of how portraits looked. And I was amazed that women are still portrayed in such sexist ways. Not at all the authenticity I routinely see in the portraits of various masters of the art.

I like having a lighting style that I'm experimenting with every day. I can leave the lights and modifiers set up in the space and, if someone drops by I can invite them to sit in the lit space for a few frames. If everything works well maybe I can invite them to sit in for a few hundred frames. But in "non-work" work there is a line I try not to cross and that line is about not portraying someone in a way that conflicts with their own, honest self-presentation. Because, in fact, it's that everyday look a person conveys that attracts me to photograph them in the first place. Why would I want to change what originally drew me to the person?  Eventually, maybe, we'll stop asking people to "smile for the camera."