And Just Like That We're Back Knee Deep in Video. But it was Fun. 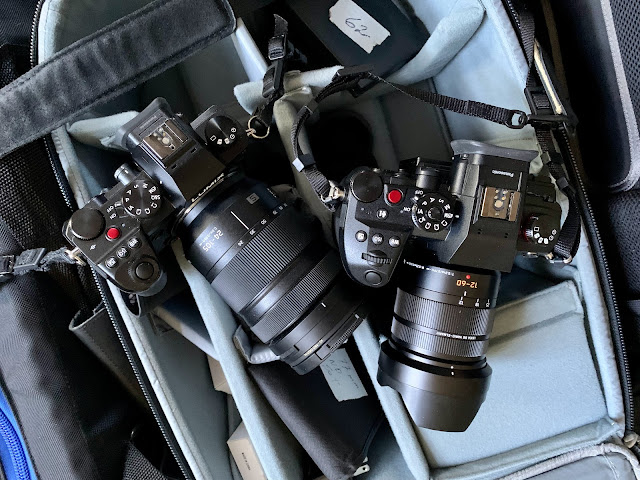 The Red Dot has new meaning for me. It's the video record button on my GH6
and my S5. And both provide the same, fall V-Log profile in camera...
Today's project was shooting a video for a company that uses swimming pools as part of a geothermal strategy for air conditioning. Adding in a cooling tower means you can control the temperature of the pool water as well. In the Texas Summers air conditioning systems that use water for heat transfer run more efficiently, run with less system stress, and actually get better and better at their primary function as the weather gets hotter and hotter.

The assignment was to go to an architect's "green" home and interview him out by the pool he uses for his own home system. He's been doing green designing and building for over thirty years and he had the system installed in his own home over two decades ago. He was thrilled to talk to my clients on camera about how good the system has been for him and his clients. And about the cost savings.

We (Kirk and primary client) wanted to use two cameras for the interview so we could cut from a tight waist up shot to a wider, different angle. It's nice to shift angles during a program to prevent as much viewer boredom as possible. Since both cameras were set up and shooting 4K video we also knew we could make good use of the ability to crop or use a "Ken Burns" effect (pan and scan) if we felt the need. 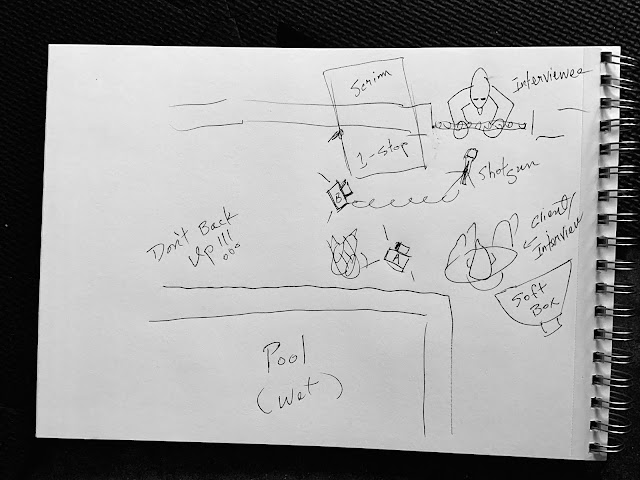 Posted by Kirk, Photographer/Writer at 17:40 7 comments: