New Website goes up today. Still messing around with some duplicate images. 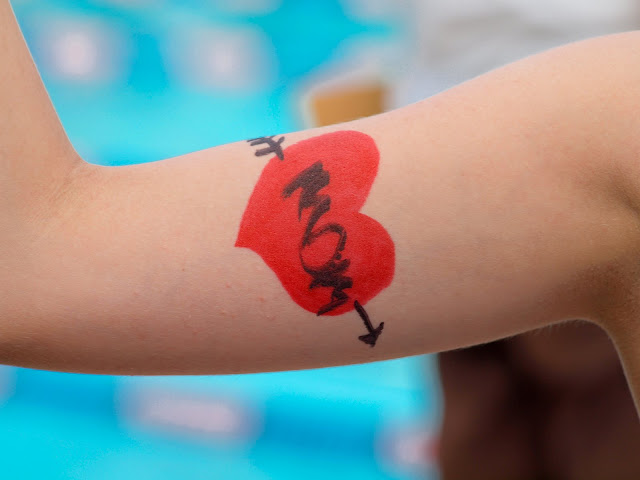 Self adornment is all the rage at kid's swim meets.  This one is sweeter than the more common, "Eat my bubbles....."


Relaunching a website is always a work in progress.  Or it should be.  I don't think I've ever seen one go up perfect.  That might just be the fluid nature of the web.  That being said, I want to announce that I've redone my little website and changed a few things.

As with most things I life I like to keep things simple.  I have many, many photographer friends who are doing LiveBooks sites and other templated sites and I guess that's good.  Everyone I talked to (except Don) kept telling me to use just a handful of images.  Like ten.  Other people told me to use ten but use them really, really big.  Others like the new "magazine" format.  I figure if everyone is running in one direction with their sites then it just follows protocol that I'll want to go in the opposite direction.

It's an html (mostly) site with very few bells and whistles.  I put images that I like on the site and I put in a lot.  I figure people can always stop looking if they want to.  I understand my markets pretty well so there's a lot of straightforward nuts and bolts in there.  Very few (none) big national advertising/branding pieces....(it's just not my market).

People tell me never to include family so I made sure that Ben and Belinda were included.  The dog is very unhappy because she is not represented.  Can't have everything, and besides, I didn't want to alienate the cat people.  No nudes because I didn't want to rile up the un-nude.

I've checked the site in all the major browsers and it looks pretty good.  That's Firefox, Opera, Safari and Chrome.  (If you are still using Explorer you've got bigger problems then how my site looks....).

I made the images pretty big because those damn people with iPads keep doing that annoying "finger and thumb" thing and looking at everything super big.  I wanted the stuff to hold up almost to full screen.... But I'm sure I've done something that will enrage people who only look at sites on iPhones.  I just don't know what it is yet.

But all this brings up the question:  Are websites even relevant anymore?  They are no longer entertainment.  I see them just as an online portfolio.  Am I wrong?  As a photographer am I missing something?

I'm sure you guys will let me know what you think.  Here's the beautiful thing about having dedicated readers of a photography blog:  All of you will let me know about every single glitch and I'll have it fixed up and ready to go before one of my clients even fires up a laptop and gives it a cursory look.  Pays to have friends. 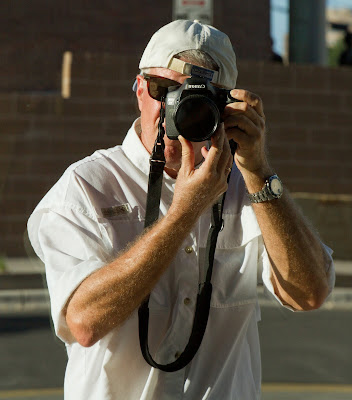 
We're doing the anti-workshop in San Antonio on Saturday the 4th.  We're starting in front of the Alamo at 8:30 am, wandering around downtown in the general direction of the Mercado.  We'll coalesce at Mi Tierra Restaurant to get revitalized with breakfast and then continue an unplanned and luck intensive search for interesting and inspiring stuff.  I'll have suggestions and,  if I get motivated, maps.  Understand that this is not an invitation to stay by my side for a day.  I have a camera for that.  This is an opportunity to cruise by, ask a few questions and head off again.  Meeting up by circumstance and destiny, from time to time.

I find the city of San Antonio (downtown) endlessly captivating and inspiring.  It has a street life and enough cool artifacts to keep one visually interested.

In the late afternoon I'm heading over to one of the best private museums in Texas,  The McNay, to look at a bunch of art and recalibrate my brain.  I hope everyone else will want to come along too.  If you get captivated by something else you can always meet back up with us at La Fonda Restaurant ( the one on Sunset Ridge: 6402 North New Braunfels Road.  In '09)  We'll get there pretty early, before 6 pm for sure.  Good Tex Mex and good drinks.

Bring your own money.  I'm not sharing my Special #1 with anybody.....

In all probability it's going to be stinking hot that day.  Dress smart.  Shorts,  shirts with good vents, bring a hat.  Suck down a lot of water.  Find shade as you walk through the city.  If you can handle it emotionally this might be a good day to practice radical formalism and bring only one camera, one lenses and as many memory cards and extra batteries as you can cram into a pocket.  Wouldn't it be emancipating to leave the camera bag, tripod and 28-600mm zoom lens at home?  Flash?  As Hank Bresson once said,  "It's like bringing a handgun to the opera."  Of course he probably never went to an opera in Texas.

For all  y'all in far away places you'll probably have just as nice a day as the rest of us.  And maybe cooler.  Hope we have lots of cool photos to show you.  Maybe we'll be silly and put up a temporary Flickr gallery.......

I'm doing an actual workshop in October.  Lighting.  (Who would have guessed....)  Stay tuned for details.

Now, back to the first part of the post.....Who wants to be the first to critique the new site?