What is it that I like about the Kodak DCS SLR/n? And why it's important. 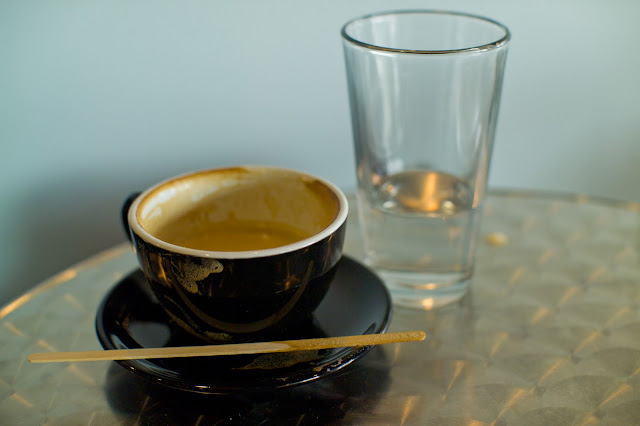 I met my friend, Anne, at Houndstooth Coffee to catch up.  She left her successful career in the photography industry several years ago to study nursing.  At the time she said that she just couldn't imagine herself at 65 or 70 years old still dragging the full camera bag around for hours and hours at weddings.  I don't blame her.  In many ways photography is a young person's sport.

When I left the house to meet with Anne I grabbed one of my current favorite cameras, the Kodak DCS SLR/n 14 megapixel, full frame camera.  This camera came after the ill fated and over hyped Kodak 14nx and it fixed many of the issues that made the 14nx a pariah among working photographers.  The first new, full frame camera from Kodak was an unfinished product that was band-aided by firmware patch after firmware patch.  It didn't have very good high ISO performance, in fact going over ISO 160 was pushing it for most people.  I had a color banding issue known far and wide as the "Mexican Flag" issue because the color shifted from green to neutral to red across the frame. And it also sucked down battery power like a kid's new toy on Christmas day.  Couple these "features" with a noisy and slow autofocus and you had an unlikeable package.  One thing I forgot to mention in the whole litany was the "calibration" "feature".  This was one of the first digital SLR's that had a temperature sensor built into the electronics.  The camera would, in the middle of a shoot, stop and recalibrate.  Technically the calibration would yield better noise characteristics but in practice it was just good for ill humored laughs whenever it interrupted the whole shooting experience.

The Kodak 14nx had one or two things it did quite well.  At ISO 80 it had a really large dynamic range. And, because there was no AA filter in front of the sensor, it was incredibly sharp.  But the 14n and 14nx deserved to die on the vine.  Not so the final iteration, the SRL/n.

Kodak went with a new sensor chip that was less noisy.  Now, by less noisy I don't mean to say that it achieved the silence of a Nikon D3 or D3s at 6400.  But you could use the SLR/n all the way up to ISO 400 and expect good results.  The last camera in the series also had much, much better power management which meant that you could finally take the camera out for a walk of several hours or hundreds of frames and not have to take a pocket full of batteries.

The other great feature of the SLR/n was the long exposure mode.  When you dived into the menu and set "longest exposure" you'd get a menu that would allow you to use ISO 12-50.  But only at a certain set of slow shutter speeds.  The camera would repeatedly sample the frame over the course of the long exposure and then dump out all the anomalies that caused noise.  I did a job once, in the studio, with products shot with tungsten lights.  We used the slow exposure setting at ISO 12.  The exposures ranged in the four second to fifteen second range (depending on aperture) and the resulting four foot by six foot prints were magnificent.  The lab manager whom I'd known for years called to ask me which MF digital camera I had used for the project.....

One thing the Kodak cameras always did well was color.  In fact, I think Fuji and Kodak both have made the best of the best digital cameras yet when it comes to pleasing and rich color rendering.  Is it always accurate?  Probably not.  Do I always like it?  Oh yes.  Both these companies know a tremendous amount about color.

So, clunky handling, limited ISO range and a dependence on Nikon lenses.  Occasional moire.  Some chromatic aberrations with some lenses and a recalibration "feature" ostensibly created to drive photographers mad versus beautiful color, incredible sharpness at base ISO and killer dynamic range.  Is it any wonder that this camera cycles in and out of my camera bag in a maddening way?

Well,  I plonked my Nikon 50mm 1:1.2 Ais on the front, grabbed my Minolta light meter and met Anne for coffee. We caught up.  And during a lull in the conversation I grabbed the meter and took a quick reading.  1/45 of a second at f2.8.  I manually focused because the lens is.......manual focus.  And I started clicking away. 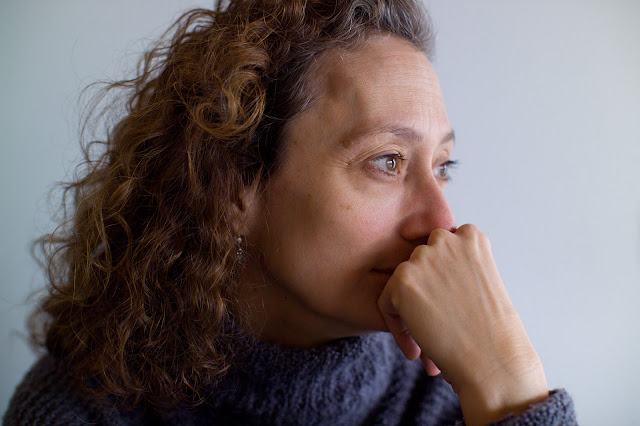 It's a quick, handheld portrait but I love the way the camera handles skin tone.  I like everything about the file.  From the soft background to the contemplative look in Anne's eyes.  After having used the very sharp and detailed Canon 5Dmk2 I was curious to see how the detail looked so I zoomed in on the closest eye, the one that's in sharp focus. 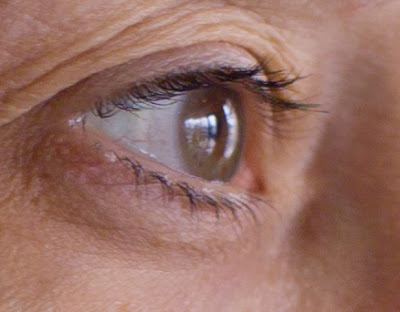 I noticed two things right off the bat.  First, even with my old, old eyes I was able to achieve focus right where I wanted it without too much effort.  This in spite of the fairly low light levels.  And second,  the color right into Bridge (and back out of Bridge) was exactly what I saw in the coffee shop.  None of the various casts that the Nikons and Canons seem to have.  None of the casts that lead people to insist that good color can only be done with portable color charts and $100 worth of profiling software.

While Kodak never updated their PhotoDesk software to work on Apple system 10 I find that all the Adobe professional products do a great job dealing with the raw files.  Am I encouraging you to rush out and buy some Kodak cameras?  No, not at all.  I am suggesting that what Kodak did was important as a "proof of engineering" in one regard:  We can do well (better) without the AA filters.  In many ways the race for megapixels is the antidote for moire.  Manufacturers can ramp up basic resolution so they still end up with enough detail after the image has been degraded by the softening effect of the filters.  But the higher the resolution of the chips the less likely the files from them will be to have moire effects that require the filters in the first place.

The situation with the Nikon D700 and the Canon 5D2 is an interesting one.  The Nikon  files are very close to the Canon 5Dmk2 in perceived sharpness and quality even though the Nikon has nearly 50% fewer pixels.  It achieves this by making the AA filter weaker.  This means that the Canon is making up (or interpolating ) more of what you see in an image.  In real life it's a toss up.  But in theory, if the Canon camera designers trusted us enough to remove rare moire with software tools they could deliver a 21 megapixel camera with much more sharpness.  The perceived quality would be off the charts.

And no one can say it can't be done because it's done in practice every day with most medium format cameras and, currently, by the Leica M9.  And it was done successfully with the Kodak SLR/n over five years ago.  So, in many ways, this overlooked camera is a guidepost for sharper file creation from current manufacturers.

My current camera has a few glitches.  It doesn't play well with autofocus Nikon lenses and gives me an error message.  It loves to recalibrate.  But all in all I like it.  And I like it for another reason.  The files that come out look different from the files that came out of my Nikon cameras or come out of my Canon cameras.  Not better or worse, just different.  And I like the difference.  Some of my joy is from the extensive dynamic range.  It's a camera that likes overexposure.  It's like shooting color negative film:  push it to the edge of overexposure and then drag it back down.  You get incredibly smooth highlight transitions (my nemesis as a portrait photographer is burned out highlights on foreheads and cheeks) that minimize the need for retouching or intensive prophylactic make-up.

First of many new years resolutions:  I'd like to do more and more portraits and less and less of everything else.  Here's my branding message:  "There's that guy who shoots  portraits."