So.  Ben has been swimming with the Rollingwood Waves for ten years.  Since he's now fifteen that means he started when he was five.  He doesn't miss workouts.  He always has a good attitude and he's had some awesome coaches.  I'm proud of him for following through on his commitment to swim. 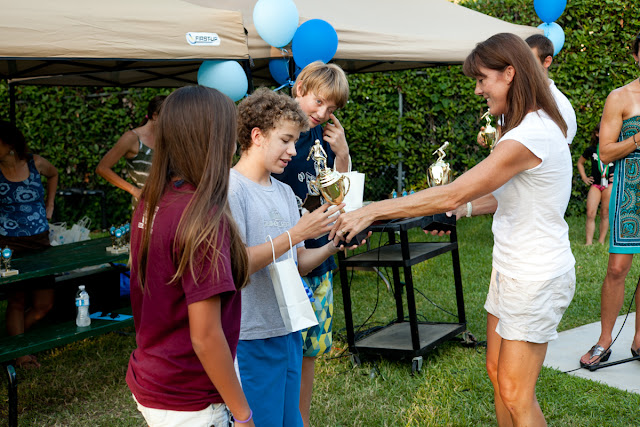 For the last three years he's been coached by Whitney Hedgepeth who is also the Masters Swim coach for the University of Texas swim program.  Whitney was a swimmer at UT and she went on to win one gold and two silvers at the Atlanta Olympics.  Ben has also been coached by All American, Chris Kemp and gold medal winner (Butterfly) Tommy Hanan. 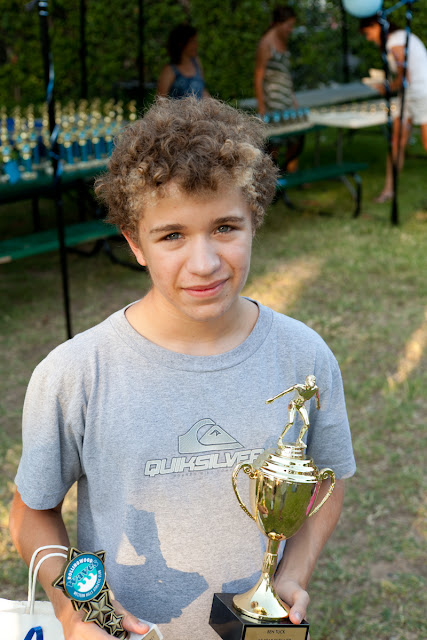 This has nothing really to do with photography other than my usual comment that learning how to be disciplined is important in everything you undertake in life.  Ben is remarkably disciplined and self-reliant.  He knocks out homework early.  He practices to win. 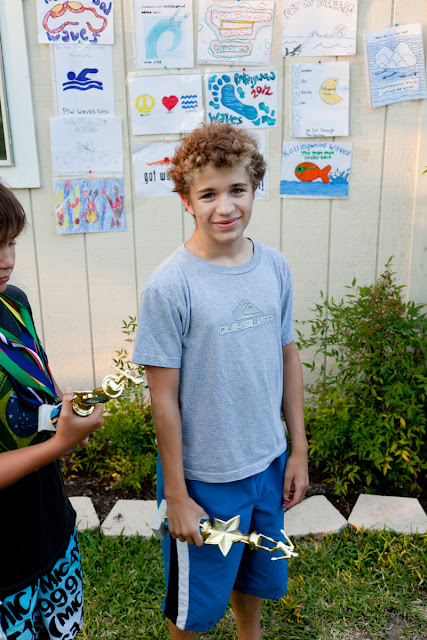 Yet another image of Ben.  This time he's clutching his "most improved swimmer" award.
Will he swim for the high school or college teams?  Right now it looks like swimming is losing out to cross country.  Running 6 or 7 miles a day in this heat?  It just takes some discipline and some acclimatization.  I'm confident he'll do fine.
Posted by Kirk Tuck, Photographer/Writer at 21:11

Hey..your blog is very amazing, I love to visit everyday..
Don't forget to visit my blog too DigitalCamerasReview.us
Thank you :)

The look on his face says,"Will you hurry the hell up so I can go talk to my friends...you're embarrassing me."

When my nephew gets like that (he's 16) I threaten him with his mother taking my place. Usually makes him a little more cooperative.

Ben's pretty cool. Right after this he set up the equipment for the end of season slide show...

Isn't amazing how much the "newer" models of us(our kids and grandkids) are improved? Especially gratifying to see them work and succeed. Congrats to Ben, as well as to you and the Mrs.

Good morning Kirk. After reading the news about the EP-3 this morning, I hurried to your page to see if you had possibly received one for review, and looking for your impressions. It looks to be a remarkable step forward for the Pen system! Best to you and yours, Broch