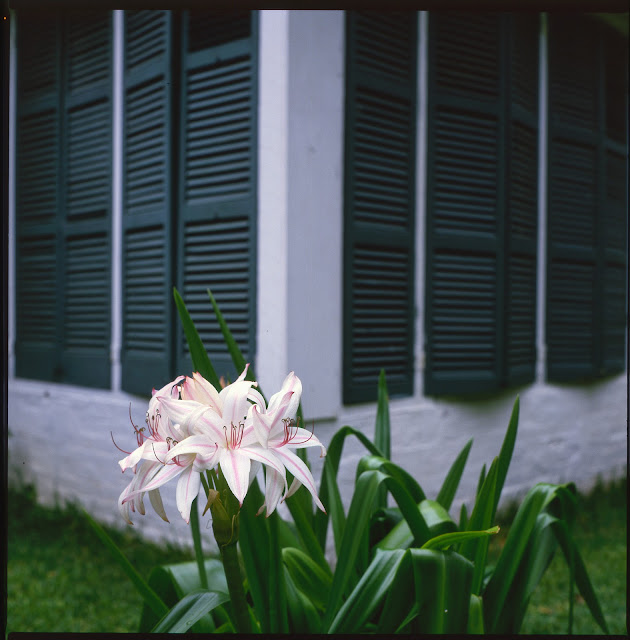 Many years ago I got a call from a magazine in Harrisburg, PA., called Early American Life.  They needed a photography who could travel to Louisiana with an editor in tow and photograph on beautiful, older plantations.  These were the early days of Kirk Tuck Photography and when I think back now about my packing up to go I smile at how rudimentary my gear was.  I was shooting with a Calumet 4x5 view camera and a Rollei twin lens camera.  For the 4x5 I had a 90mm f8 Super Angulon, a 135 Symmar and a 250mm Zeiss Planar.  Ten double-sided film holders, a Polaroid back and a changing bag.  (We'll do a whole column about changing bags sometime.  The young amongst us will gasp in disbelief...).

In those mythic days of yesteryear I owned two 2,000 watt second Norman Strobe boxes and four flash heads. All of this stuff, a ton of light stands, a giant tripod,  and enough film to last for a week and a half got stuffed into the bed of my Chevrolet three quarter ton pick-up truck.  This was a truck with at least 150,000 miles on it's 350 cubic inch engine.  It had a three speed transmission with a shifter on the steering column.  No air conditioning.  I had a "cap", not a camper, on the back.  The truck got something like negative nine miles to the gallon but what did we care back then?  It was Texas and they gave away gasoline instead of Green stamps at the time.  The truck was oxidized baby blue with white trim.

When I picked up my art director at the Austin airport she was "enchanted" with my "rustic" truck and always excited when I backed out of parking places.  In Texas people stop and wave you out if your vehicle has limited visibility.  Apparently, if you are from Philadelphia, backing out without looking is considered heinous enough to start gun battles.

We made it through torrential rains and flooded highways (thank you, Truck) and we visited many interesting people who, having made fortunes in one industry or another, felt compelled to flee to rural Louisiana and throw their life savings into crumbling monuments to a dark time in our country's past.

I took a lot of photographs but the one that stays with me from the trip is one I took outside with my old, twin lens Rolleiflex.  It's a clump of flowers.  I found them and liked them so I shot them. In my memory my trip through the backroads of Louisiana will always be marked by this image.

It's quiet, serene and captured just before the last light rinsed out in a muggy sky and the darkness crept in.

Loved that truck.  We used to sleep in the back when I travelled through west Texas.  It was always more fun than the hotels....
Posted by Kirk Tuck, Photographer/Writer at 20:56

I guarantee I would gasp in dis-belief about the changing bags.

Sometimes, it's the apprentice that shocks the master...

"It's a clump of flowers. I found them and liked them so I shot them."

Thank heavens, there's hope for me yet. I currently have a 3/4 ton brown suburban 7.4l parked outside with a Calumet 4x5 and a couple lenses in it, a vintage 40d, and some Travelites. I hope that all the suck I'm enduring now will be worth it too. I'm learning all about the, vocabulary, one uses while dealing with changing bags. I've slept in the back whilst travelling through north Texas and Oklahoma, forded flood drenched Houston streets, and wanted to cry when the gas pump stops at $125 and the tank isn't full yet. Thank you Mr. Tuck for showing me that it can be done.

Sounds like an absolutely lovely trip (the low budget, impromptu ones always are, aren't they?) - reminds me of a trip I took down to Shenandoah to shoot the mountains and valleys with a fellow shooter, we made it up onto the mountain just before dark and wound up driving the majority of its length in the middle of the night, stopping at overlooks occasionally to enjoy the view with nothing but moonlight to unmask the dark. We ended up sleeping in his car at one of those rest points... the best memories involve the least planning. :)

"I found them and liked them so I shot them."

Pretty much sums up how I approach my photography. If other people like it, that's a bonus.

Just had a look here every fortnight to check if you made up your mind - glad to see you are back!