Today I have a column on The Online Photographer.

You may leave comments in either locale. 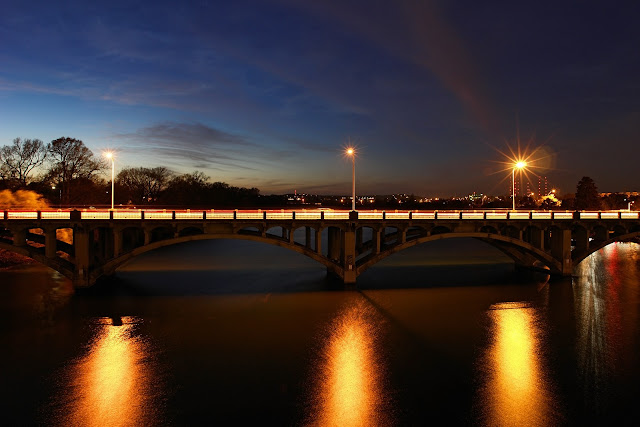 Posted by Kirk Tuck, Photographer/Writer at 12:14

Nice photo here Kirk - I knew most of the ones at TOP already...

Nice column, Kirk. Thoughtful and thought provoking, as usual. Your "ultimate camera" reminded me of a comment a friend made when I recently gave him beer glass "for his search for the perfect beer glass", and he said "but it's not perfect - there's no beer in it!" The ultimate camera is the one you have with you, (as long as its loaded).

Really nice article. Really hits home on many things... ironically, there was a Simpsons episode where "Lisa" decides to enter a writing contest against Bart. Lisa takes courses, sets up.. everywhere, and by the end of her allotted time, has not written more than "Chapter 1". Bart, on the other hand, enlisted 4 others to help out, did a storyboard, had assignments, and everyone wrote their parts. I'm not suggesting that photography is a group effort, but I am suggesting that all the preparation in the world doesn't do you ANYTHING until you break out the camera and actually "write" with the camera.

Just one thing for now. On a recent trip to New York, I found myself fussing about ISO as the sunlight was waning over the city and my friends. In frustration, I gave up and set the camera (an E-PL2) to 6400 - in total violation of anything close to normal practice for me - and banged away in an effort to capture a few key moments. And guess what? Over most of my carefully composed shots, those high-ISO photos were the ones everyone loved. They really captured something. I actually had to point out that the graininess was a "problem".

Kirk some answers about pocketability .

Seoras, I have no idea what you are talking about. E-mail me and let me know what you're referring to. We've got nothing like that here.

I can only guess that the "seoras" poster is referring to TOP, where Mike has a sponsor link to an adult oriented site.

Your column was very good, by the way. We all have different ways of doing things, and different budgets, too. I have spent too much time looking for and obsessing over the notion of the perfect camera. The one that would let me do everything I wanted, like being small, quiet, unobtrusive (more because I lack confidence rather than anything else) and still be a full system camera with options for tele lenses and motor drives.

And then I found my perfect camera -- a Rolleicord (I did add a Rolleiflex to it, to see if the Xenotar was better than the Xenar). And suddenly, my motto became: if I can't photograph it with the one lens, it ain't worth photographing. I'm not saying that's what everyone should do, but that's how I felt. Unfortunately, I then decided to enter the digital age. I am not sure I have found a digital tool that makes me feel the same way, but I quite like the 60D.

David A has it. - not your site but TOP. I just cannot take it seriously. sorry.

Your writing has been a breath of fresh air on the photography blog-o-sphere, open and interesting. Hopefully readers of TOP will be inspired to think differently through reading your article.
I must say that I used to be a regular reader of TOP but found the regular contributors became rather prescriptive and big headed in there writing. Sadly I think this can be an issue when blogs become popular and gain a captive audience.
Think you still have a regular hat size:-)

Yeah, I saw the same link that seoras mentioned -- it's to 'domai.com', which kind of ruins TOP for me too. (I'm not a prude by any means, but they have an interesting definition of 'tasteful nudes'.)

Regardless, the article was well done.

For a few years, I was locked in a job that first made a photographer out of me, but then almost ruined photography for me by making it 'work' instead of fun. I'm grateful for all I learned at that job, but more grateful that I no longer have it. Now when I make images, it's for myself and (hopefully) for the enjoyment of others.

Hi Guys. Now I get it. You are talking about the small display ad for Domai. If you don't want to look at photographs of nude people then don't click on the ad. The ad itself is not prurient and in itself does nothing to take away from the quality and content of the TOP site. Photography and the world of art are full of centuries and centuries of nudes. Art for the Church was/is full of nude figures, both male and female.

I don't like the idea of censoring everything. Reminds me too much of the Taliban. Freedom comes in many forms...

Its not about censorship. It just seems that a site who purports a standard (I imagine), even if I don't necessarily agree with it is severely let down by something like this. Its just tacky and sours.
I can enjoy a good nude any-day but I do wonder if the motivation behind some is less than the pursuit of the aesthetics of form.

Seems TOP lost my comment, so I'll leave a note here. Too bad, because it was the best comment ever left on a blog.

Just to summarize: re #9: It may help to distinguish the busy mind from the alert mind, the distracted from the engaged. Which is what I think you're getting at.

Your meditation left me wondering whether for some of us the obsession with new/better gear or technique isn't a sublimated quest for that "beginner's mind" we enjoyed when photography was new, and every shot was a foray into the unknown, an experiment--when we were able to play. It's far easier to blame equipment than to admit to a risk-averse dependence on formulas and approaches.