Getting really clear on what you WANT to do. 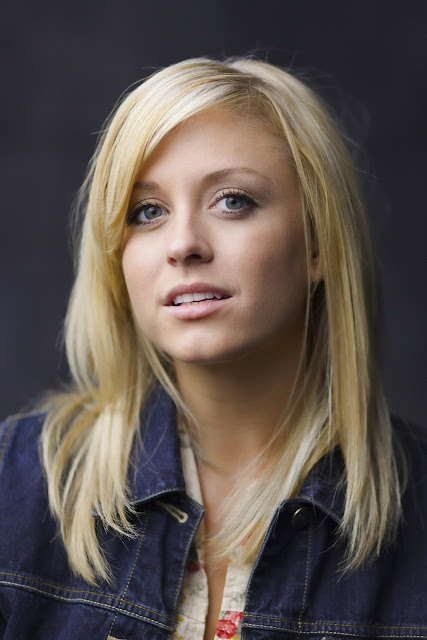 Life is really strange.  There's a lot of stuff that sounds like good ideas.  But then you try it on for size and realize that while it might be a good idea for someone else it's not necessarily a good idea for you.  Take social networking for example.  One of my friends insisted, a couple of years ago, that I would be left behind unless I embraced Facebook. According to him all social information would essentially migrate there and  if I didn't have presence and lots of "friends" I'd probably never get another invitation to........anything.

You may be having a different experience but I think most of the stuff that makes it to Facebook is pretty lame.  And since I never check the mail there I'm probably missing out on incredible parties I'll never know about.  But interestingly enough we still get lots and lots of invitations from Evite and we actually have friends who still know how to use e-mail and even the U.S. Postal Service to get in touch with us and tell us about upcoming actual (face to face in the same room) social networking activities.  We just don't call them "social networking activities" we generally call them "dinner parties."  Some of the functions we call, "Cocktail parties."  Those functions  have more alcohol than most of the dinner parties but much less food.  We talk to each other instead of sitting around "tweeting" about sitting around.....

I tried Tweeting but it makes me feel like......a twit.  I don't have a lot to say to people on Twitter except, "Go and read my blog!!!!"  Or the always popular (with me), "Go buy my books!"  And people get tired of reading that over and over again, even if I do it in only 140 characters.

Most of Twitter is different now.  A year ago it was all, "I'm Mike and I'm watching a train wreck here in North L.A."  but now it's mostly retweets of links that refer to something like:  "Ten ways to be a better photographer."  Or "Don't make the mistake of charging for your work when you can easily give it away for free."  Or,  "Tune in tonight for my Podcast of how to edit Podcasts."  And, of course, my favorites,  "Come to my workshop."  "Here's a link about my workshop."  "Here are ten things I learned at Bob's workshop." "365 ways to use social netwhoring to build new business."

It's basically become a clearing house for corporations that used to write press releases but  can no longer afford stamps, or lone photographers, writers, and IT people who want or need attention.  And who doesn't need a little attention?  But really, at some point "Give me Attention" Fatigue (GMAF) settles in and we realize it's mostly marketing messages disguised as "useful???" information.  Shouldn't there be "social" pressure to limit "Tweets" to ten a day?  Or fewer?  And please,  stop texting while you drive.

So what does this have to do with photography?  Well, we have a  tendency to believe we should be doing what everyone else is doing when it comes to marketing and even the kinds of photographs we should be taking.  We assume that the people who got there before us are more steeped in the magic and lure of the latest "social marketing" thang and that, if we only work at it hard enough and diligently enough, it will make us successful too, and clients will beat a path to our doors.

But does it work?  Does it ever work?  One could bring up the examples of Chase Jarvis or David Hobby.  They've made social networking pay.  But chase is talented, and driven, and connected enough to have made it anyway so we'll never know how critical tweeting was for him.  David needed a new gig and he did a great job of inventing it.  But he did it early, and often, and established himself before the big crush.  And, to his credit, he brought together a depth of understanding about lighting and a different set of tools about blogging, the combination of which propelled his Strobist.com to stardom.  Could he do it today?  Maybe.  Maybe not.  We'll never know.

But here's the real question:  If you wanted to be a photographer,  were passionate about actually taking photographs,  felt the greatest satisfaction when in the process of making photographic art,  would it make sense to re-launch a new career doing something totally different because the tides of marketing made it sound like a great business idea?  To wit, giving up shooting to stand on a stage, or tinkle a keyboard "teaching" other people to light or shoot, and growing older by the day?

When money managers talk about one thing displacing the other they talk about "opportunity loss."  If you spend $50,000 on a new BMW you end up with a depreciating product but you lose the opportunity to make money with that $50,000.  When you decide to monetize your social network the very act skews you to aim toward whatever market you think you have prayer of hitting and dilutes both your spirit and your creative "true nature."

And it's easier to justify that the money you bring in will pay for shooting trips and opportunities of time but there's only so much time to go around.  If you sell your art you sell your art.  But I'm beginning to think that when you try to leverage social media into a money making machine you sell a little bit of your soul.  (Apple doesn't make money by giving stuff away.  Or wasting time on Twitter.  They charge for everything they do.  They are old economy kicking new economy's ass.)

And, I'm not pointing the finger at anyone else.  I'm as guilty as all the rest.  I write this blog because I hope it will help me sell books I've written in the past and books that I'll write in the future.  I hope that people click thru to Amazon from time to time and buy diapers, or mail order wine, or a car and that I get a small percentage of that.  And it's true that I'll never get the half hour a day that I devote to writing a blog back.  When you multiple that lost half hour by all the other half hours that you dribble away because it's "expected" of you, or because you think you are participating in the "new economy" they start to add up.

How does it help me do my art?  How does it help me connect with clients?  How does it free up my time to print or find new subjects?  The answer......it doesn't.  It helps sell books. But even though we all do it let's try to be honest with ourselves,  and by extension, to our potential clients.  We all wish we had the courage to say, "Screw it." to everything else and spend our time doing the projects we love.  We don't live and breathe just because we're sooo excited about the next workshop or, even for that matter, the next unexciting headshot.  Some of what we accept is because of our fear that no more money will come in if we don't  but mostly it is because we believe the current of information that ricochets around the web and tells us how important it is to be.......there.  Enmeshed.  Engaged.  Connected.

What if being un-engaged and productive with real (non-virtual) projects is even more important?

In case you haven't guessed......I've finished writing the LED book and I'm sending it off on Monday.  I'm going to read it one more time to see if I can catch any errors.  Then,  I'm getting in the car and going off for a long weekend to shoot some stuff that I like.  Even if no one in the entire webspace likes it or even cares.  Because I want to be really clear about what I like.  For me.  You might think of doing the same.

To wrap up, the photo of Jana, above, was done for the new book.
Posted by Kirk, Photographer/Writer at 19:00 13 comments: