You can make nice photographs with anything but your keyboard and your mouth. 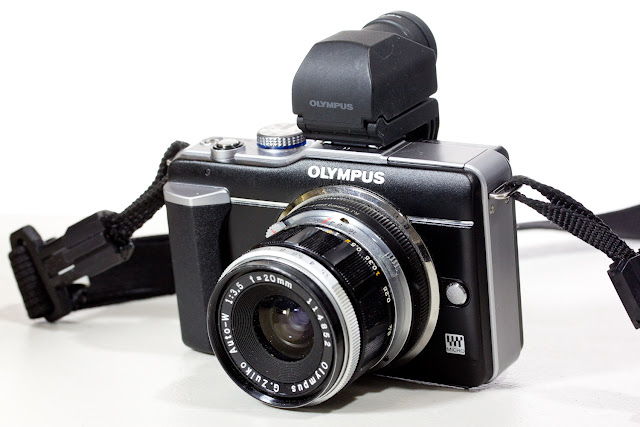 If you are any good at this hobby/profession you should be able to take this little camera with it's "tiny" sensor and slow focus and long black out time with each shutter release, and make some really nice photos.  If you can't then all the good gear in the world won't help you one bit.  You might just be too incurious to be a photographer....
Some people recently have been asking me about what camera they should buy.  I am mystified.  Don't these people know I switch camera systems and evaluative parameters more often than most people switch underwear?  From one week to the next I might suggest a Leica S2 or a Holga.  And when I ask for their preferences they basically give me a laundry list that covers the gamut from close ups of gnats (you know, "fill the frame...") to following their child across a soccer field at a full gallop.  But they want the machine to be easy to use and small enough to fit in a purse.  The dads usually have a recent copy of Sports Illustrated which they open to page 27 to show me the kind of stuff they'd like to shoot of little Johnny.  It's usually a 1200mm shot of a world surfing champion riding a sick curl or a tight shot of a quarterback being sacked in a night time game at the end of a 400mm 2.8 optic on a camera that does 10 fps at 16 megapixels at a clean 12,000 ISO.  If it's a mom she pulls out her iPhone and suggests that if it were, "just a little bigger than this that would be great."
They'd like to be able to make poster sized prints of Johnny and Sally but they want the files to be small enough to send out to everyone on Facebook from their phones, and.....oh.....they don't "Do" Photoshop so the files should be great right out of the camera.  "The less work I have to do the better." And my favorite:  "I just want something good enough to do the kind of work you do..." 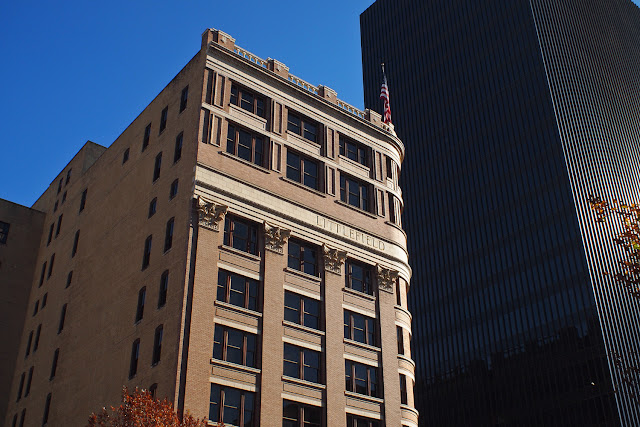 I'm generally at a loss.  But even more so because I know that they will never read the manual, never read a book about basic photographic technique and, I'm probably the fifth photographer they know that they've asked this same question of, and I'm sure they've already heard, "Canon Rebel, Nikon 3100" over and over again.  Why torment me?  What did I do to deserve this? 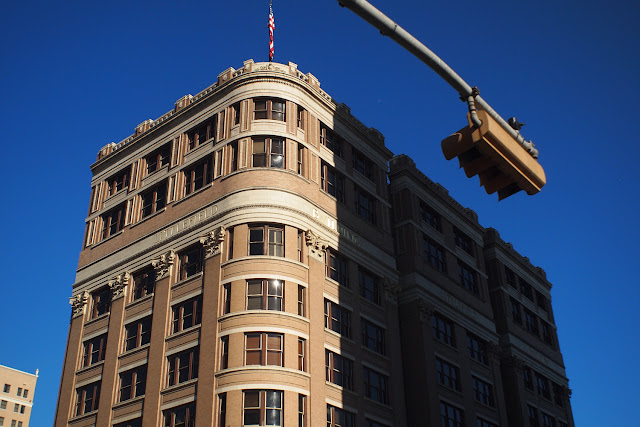 This shot was taken with that camera (above) and it seems to be pretty nice to me.  It's in focus.  It's reasonably sharp and the colors are pretty.  But I can't recommend it to most people because they won't take the time to learn how to use it. And they sure won't spring for the EVF.  Now I only recommend cameras that: a. Can be purchased at Wolf Camera or Walmart.  b.  Have a "green" zone that means "no other thinking required."  c.  Have a Canon or Nikon logo on them because I'm tired of them coming back and telling me that the guy at Walgreens who makes their prints has never heard of Pentax or Olympus before....and he's been "running the lab" for at least a year.  And d.  Require no small accessories or parts.... 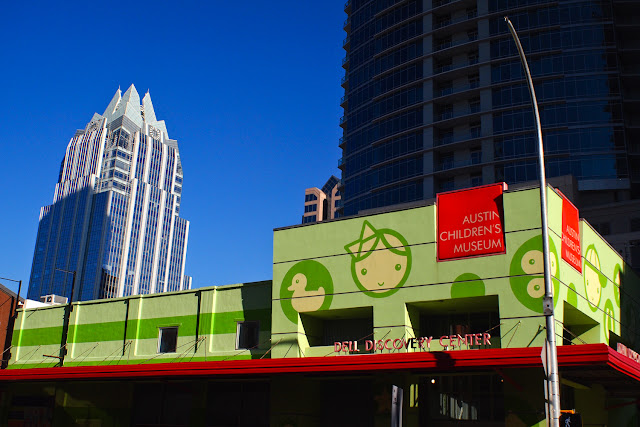 But then I get to look at the photographs they generally produce and I wonder why they bother at all.  Most of my affluent friends don't take my advice to buy entry level cameras.  They can afford "the best" and most of them are walking around with Canon 5dmk2s and Nikon D700s.  To which they've attached a really cheap 18-400mm 5.6 to f11 ultra zoom.  But it really doesn't matter because the only photographs I've ever seen from them are on their iPhones.  And I rarely have my reading glasses handy when they want to show me a photograph of Sally that's so backlit it's nearly a silhouette and so cropped that we're looking at a couple hundred pixels at best.
I've changed tactics.  Now, if I'm personally really excited about a film Hasselblad camera system, then that's what I recommend to everyone.  To grade schoolers and grandmothers.  How about a 201f with a 40mm Zeiss, an 80 and a 180?  Maybe some 220 backs?  Then I shoo them over to the computer so we can go to the B&H site and start researching larger Gitzo carbon fiber tripods.  And compendium lens hoods.  If I'm into compact cameras I might goad them into hunting down an older Olympus 8080 that I always found intriguing.  And lights.  Lots and lots of lights.  Pretty soon word gets around and the "give it to me all in a pretty wrapper"  people stop calling and asking about cameras.  And that's okay with me.  Because I have my hands full of people who are ready to make that "big move" into "professional photography" and they're calling to ask me....."which camera bag should I buy?"......and we start all over again.  And then the big question....."which billing software?"  I show them my abacus and my double entry paper ledger and they back out the door slowly and watch me carefully for other signs of......instability.
All of which is to say: if you don't want to do the work and learn the craft, or the techniques or the business,  it really doesn't matter what camera you buy.  Because, whatever you shoot there you are.
(Apologies to Buckaroo Bonzai). 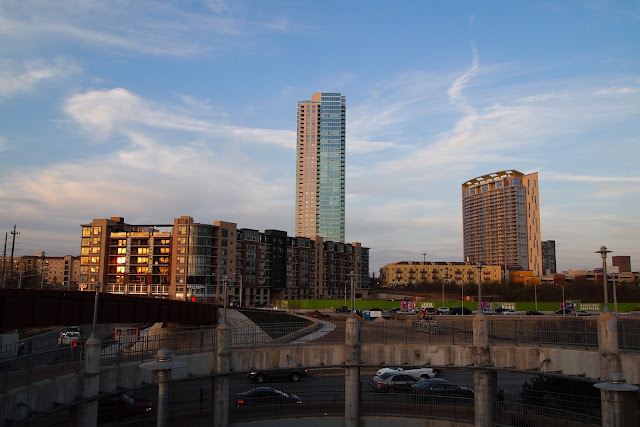 Shooting against white in the studio. 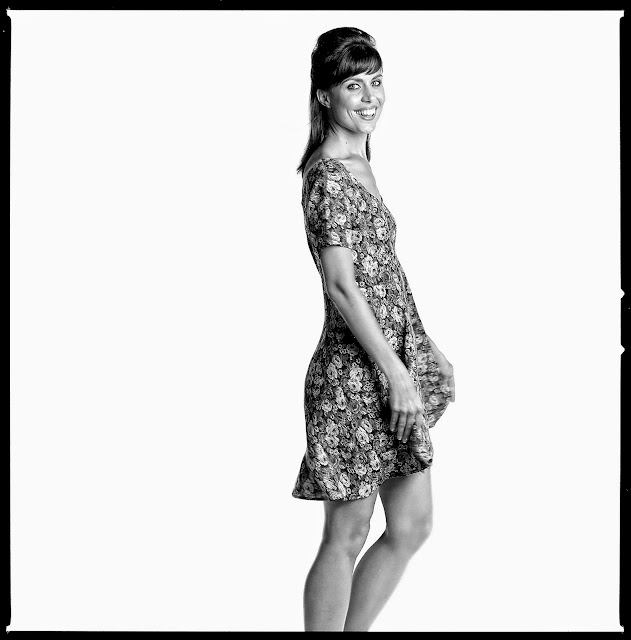 Shooting white in the studio:  Camera: Hasselblad 500 C/M.  Lens: 180mm f4 Zeiss.  Film:  Agfapan APX 25.  Developed in Rodinal 1:50.  Four lights in umbrellas on the white background and one gi-normous softbox as a main light.  Keep your exposure on the background right on the edge of having detail and keep the model far enough forward and you won't have problems with the background light wrapping around from behind and sabotaging your highlights.  You'll need lots of flash power to go toe to toe with ISO 25.  Especially at f8 with your main light in a big box.  Not "speedlight" territory...... 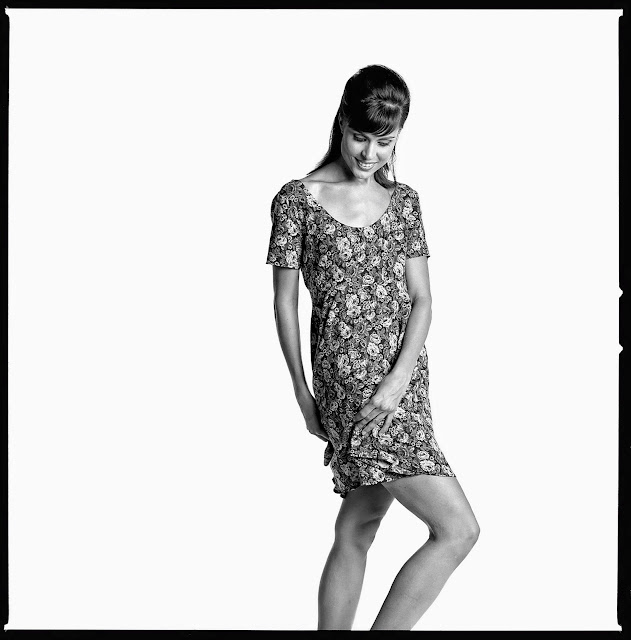