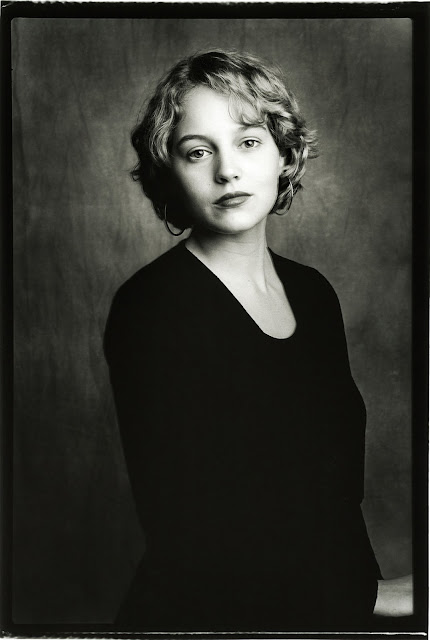 The Visual Science Lab is a great place for me to talk about photography as I'd like to practice it and then have my ideas subjected to good doses of feedback.  I'm embarking for the first time into the business of selling private portrait commissions. I haven't decided whether or not to keep the business name as Kirk Tuck Photography or to do some research and try to find something that resonates more with the market I'm going after.

I do know what I want to deliver.  Black and white, and color prints that are in my own style.

I'd like to offer one more generation of people who appreciate the tradition of photography to share the practice of creating art on real film and receiving a real, custom print.  If possible, a darkroom print on double weight paper.  I'm currently looking for someone who prints from negatives.

I'm shooting a series of test portraits the way restaurants have a series of "friends and family" days before they open to strangers.  I'm choosing people I've worked with before as well as new people I've met walking around Austin.  When I have a portfolio ready to go I'll take down my  website and re-launch with new work.

It's scary and exciting but as much as I preach spending time in the water I'm also becoming a big believer in the process of re-invention and new discovery.  What good is a lot of practice if what you're practicing is something people don't need?

Finally, I'm working daily with the Hasselblad film cameras, trying to get back into that groove.  I'm having my negatives processed at Holland Photo and contact printed there as well.  Funny how much more comfortable those cameras are to me than the digital cameras. Even after 12 years.

Re-inventing the portrait.  Sounds like a book.  What do VSL follower's think?

Portraits are short stories about the person in front of your camera. 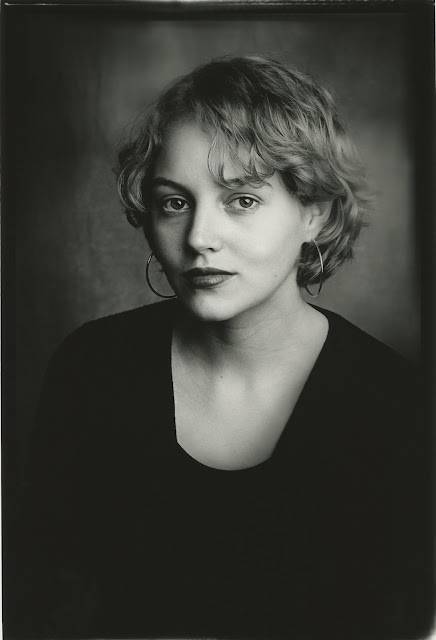 About twenty years ago I was still taking horrible portraits when someone much smarter than me said that my approach was all wrong.  I didn't know what they meant.  I'd read just about everything ever written about the technical steps involved in making good portraits---from start to finish.  I had cool gear.  The best you could buy.  And I had been making portraits for business for about ten years.  But this instantaneous mentor was right.  My portraits just sat there on paper like wallflowers at a party.  I tried everything in the proceeding ten years to improve them.  I went to workshops sponsored by the PPofA.  I asked advice from my fellow ASMP members.  I bought new equipment and tried new film but it seemed to me that I would never be able to break out of doing formulaic portraits.  At one point I thought of hanging up the ole neckstraps and trying to find something I could be good at.

Then a crusty old English professor I'd studied with invited me over to his house for a Bourbon tasting party. (Liberal arts professors did stuff like that back then...).  After I'd tasted  a few different mashes I started to jabber away to anyone who would listen to me about my visual process dilemma and my fear that I would forever be a portrait hack.  A gruff, older character in a tweedy jacket, sporting a prodigious beard and about as far gone as I clapped me on the back and said,  "It always seemed to me that making portraits is a helluva lot like telling a short story about a person.  If there's no intrigue and no story behind the picture then who the hell is going to want to look at it?"  Then the professor of French Art History weighed in.  She was a compactly and delicately built woman with short cropped hair and though she was in her early sixties she had a glint in her eye that warned you that here was a person not to be trifled with.  Especially midway through a raucous bourbon tasting party....

And finally, from a snarky person around my age and in my general circumstances: "Tell me a story or go wait tables."

I had been looking for people to photograph who were examples of stereotypic advertising imagery. The busty blond, the executive in a suit with the strong jaw,  the athlete with the six pack, and the girl with the perfect hair.  And what I was trying to do, subconsciously, with all these archetypes and all my standard lighting tricks was to say to potential customers: "I can take your order and provide the same thing as everyone else in the business.  Give me a try, you might like working with me."

But when I started looking for people who interested me and made my heart beat faster the whole deal started to change.  I started shooting subjects that people described as unusual beauty and it resonated in a different way.  Lou (above) was one of my patient, early muses in the process.  And making photographs of her was transformative.

I've done some backsliding since digital hit the market but I recently found (the joys of actually cleaning up your space) a journal in which I'd written down all the spicy words of advice from the Bourbon night.  I've probably gotten them slightly wrong as post hangover memory is rarely foolproof. And when I read it I realize that what I've always wanted to do with my portraits is to tell the exciting opening chapter of the person in front of me.  To give you that person's visual elevator speech.


If I ever give another workshop I think it will be about the process of coming to grips with making portraits.  God knows my process was/is long and arduous.  The path to the next iteration of my career and the photographic careers of many other practitioners is to learn to make the portrait potent and relevant going forward.  Someone once said that out of 100 people 99 have very interesting stories to tell.  And the one percent without an interesting story is interesting by dint of his uniqueness.

Another photographer advised: "When everyone has their camera pointed in one direction there's got to be something equally interesting right behind them.  Just turn around and look for it."