What's in my bag today? 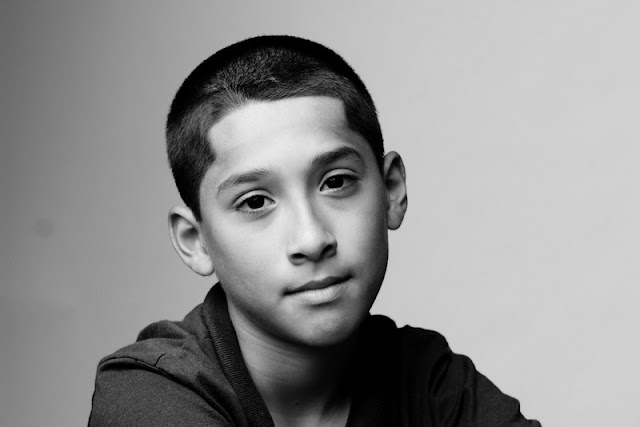 Portrait of a student for the Kipp School Annual Report.

It's a guilty pleasure but I'll admit it.  I'm enough of a gear junky to be curious about what's in other photographers bags on a day to day basis.  When my friend, Paul, the architectural photographer started using digital Hasselblads for his high end projects I invited him to lunch and made sure to invite his camera bag along too.  His rolling case had two Hasselblad bodies and two backs at the time.  A 31 megapixel back and a 40 megapixel back.  He had the Hasselblad shift adapter and just about every medium format shift lens you can think of in the case.

I recently changed over from shooting Canon to shooting Sony.  I thought the Canon cameras and lenses were just fine.  I could shoot them without caveat but I like new technology that makes my life easier and I was anxious to move to cameras with EVF finders.  When I bought into the Sony system I swore I'd just get a couple of really good zooms and try to be the ultimate minimalist.  I should know myself better by now.

I did a location shoot with lots of variables for a client last week.  I didn't know exactly what to expect because we'd be shooting interiors with people and machines, some narrow DOF portraits and some very wide exteriors.  What to pack?

I brought circular polarizers for all the filter sizes as well as a Minolta flash meter.

I mostly lit things with several Fotodiox LED Panels but I hedged my bets by sticking in a couple of the big Sony flashes in case we suddenly decided to rush outside and try to do portraits in full sun.  I also brought along my Swiss Army Knife, a few Cliff Bars and extra batteries for the lights.  I brought a Moleskine notebook and a good pen with which to take notes and an old Ian Flemming book in case I had to wait for someone.

It all fit in one Domke camera bag and one Think Tank rolling case.

This is a case of rolling light and moving fast.  We did 12 set-ups that day without really missing a beat.

When I left the studio today and went for (95 degree (f)) walk downtown I carried only a Hasselblad 501cm camera with an 80mm lens.  Two rolls of film (Fuji Velvia 100)  in my pocket and no meter.  Hell, everything was in Texas sun.  It's always 1/250th, f8.5 @100.  Unless someone snuck and ND filter on the ionosphere.  And judging by the need for good sunglasses I'm discounting cosmic neutral density.

Don't know if this is interesting to anyone but it is what it is.

Posted by Kirk, Photographer/Writer at 18:24 7 comments: