Packing up and getting on the road. 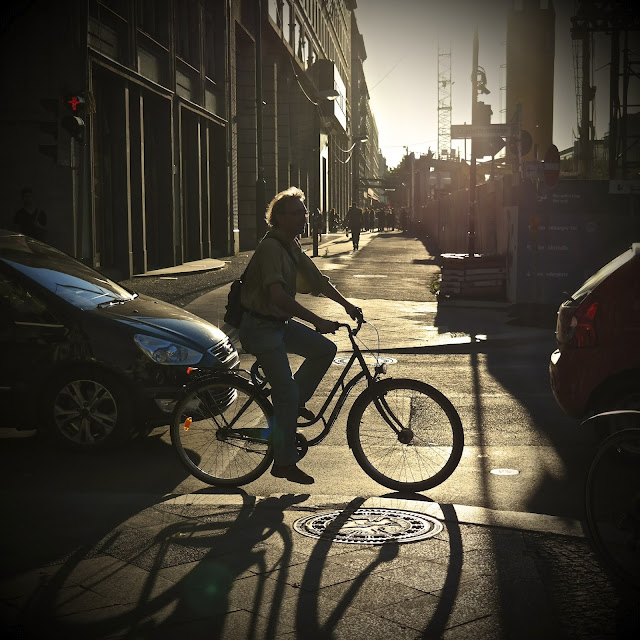 It's Weds. morning and I'm moving through the studio with a sense of purpose. An art director I've worked with for years is meeting me here at 1:30pm and we're heading up to Abilene, Texas, about four hours north of Austin. We'll be shooting images for an annual report and I'm in the sorting and packing mode. What will I need and what will fit in the Honda CR-V?

We'll cruise up at a leisurely pace this afternoon, spend the night and then get right to work first thing in the morning. If past assignments are an indication we'll be shooting people working indoors and we'll be shooting big public works projects outdoors. Last year we did photos of giant fire engines and first responders at the start, shot airline maintenance somewhere in the middle of the day and finished up shooting alligators at the zoo. What it means is that we have to be prepared for a range of things.

I'm packing light. I'm taking a couple of Panasonic GH3s and four m4:3 lenses that range from 14 to 150mm. I'd like to shoot as much as possible with the 25mm Summilux and the 60mm Olympus Pen FT 60mm 1.4 but I have a suspicion that the wide end is where we'll see the most action. I finally tested the Rokinon 14mm Cine lens yesterday and it's fit for service so I'll bring it along attached to a Sony a99 body for stuff that needs to be really, really wide. I know that this lens has a lot of distortion but I've found a really good profile that I can use in Lightroom to straighten out the edges...

I'm going equally light on light. I've packed a few battery powered, on camera flashes but I'm also packing the enormous and heavy Elinchrom Ranger RX AS flash unit and two heads. This system is capable of belting out 1100 watt seconds about 250 times in a row, if needed. I plugged in the batteries last night (primary and a spare) and we've got green lights everywhere. I'm bringing along two Elinchrom modifiers. They're like enclosed shoot through umbrellas. One small, one large.

The lighting kit gets rounded out with two light stands and, of course, a tripod. A wooden one since it's going to be cold up there and I hate touching the bare metal on tripods when we get down to the freezing zone.

What else do I do to prepare for a couple days on the road? I make sure to get a fast, hard swim in so I hit the pool with a bunch of people from my master's swim team at 7:00 am. It was 36 degrees and steam was coming off the pool. It's a heated, outdoor pool. One of my favorite coaches was on deck and writing the workout on a white board. Her name is Kathleen Hersey and she swam butterfly in the 2012 London Olympics. She has amazingly good energy and a cheerful heart. We swam a bunch of different sets and knocked out a couple miles at a good pace.

I'm happy that I'm still excited about hitting the water on a cold day and pounding out the yards. You'd think that after over fifty years of swimming up and down various pools and watching the black line on the bottom one would get bored but every time in the pool is exciting and fun for me. It's active meditation, it's competition and it's concentration. Lots of good stuff for your body and brain to do before that first cup of coffee...

As an afterthought to my packing I realized that I needed a good, fun (non-work) camera to drag along and take silly snapshots with so I stuffed one of the K-01 Pentax cameras into the car. I'm taking the black one with silver knobs. I think of it as my "formal" clown camera. And just to be different I've stuck the kit zoom, the weather resistant 18-55mm version, on the camera. I know it seems pedestrian but I've come to like it pretty well.

I can hardly wait to go shoot. This is the kind of straight forward work I really like doing.

I watched Kathleen Hersey when she was swimming with Swim Atlanta. Little older than my son but still got to see a flash of greatness now and then.

What is your swimming regimen for the morning?

Hey Rob, I swim with a Masters team and we hit the water at 7am do a thousand or 1200 yard warmup (20 minutes or so) that's combination of swimming, kicking and drills and then we move on to the main sets of the workout. We average 3400-3600 yards in our hour and fifteen minute workout. We have a coach on deck and they put the workout details up on a white board then apply coaching as necessary. Some stroke coaching, some encouragement and some challenge. Our swimmers include professional triathletes, former Olympians, a bunch of former college swimmers and a few outliers.

Generally, mid morning, I take a break from whatever we're working on to do some stretching and my daily push ups and crunches.

Saturdays and Sundays are longer workouts. I try to hit five or six days a week in the pool and get three long walks in per week. Occasionally I'll go for a run with friends. Usually less than 5 miles.

It helps to be in shape as a photographer. Makes a difference on long days....

Always enjoy your writings on photography, but I enjoy your observations on swimming just as much. Your sentiments today are a timely reminder for me to keep motivated and doing what I have been doing for the last 8 years - I'm just a beginner really :-) Keep following the black line. Thanks .. Geoff