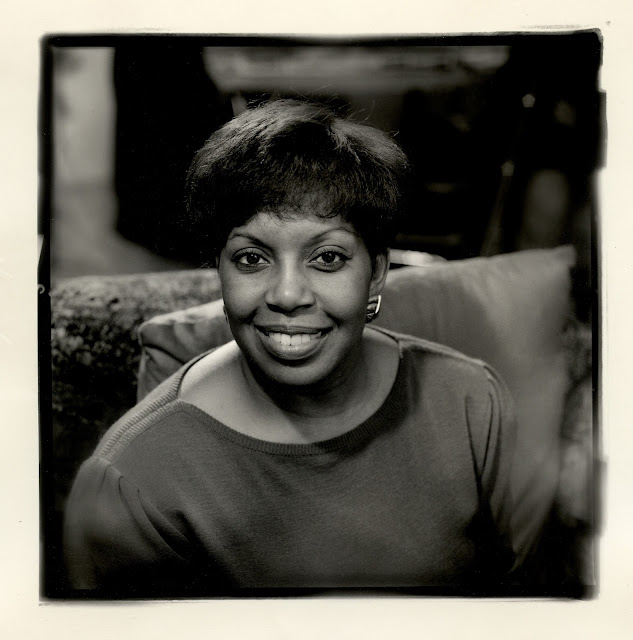 Portrait of a person who quit smoking. For Prevention Magazine.

I recently came across a thread in a forum that disturbed me. I think I know why. The originator of the thread was asking the community of photographers at large about using continuous light to make photographs, in the studio. All the "experts" quickly chimed in to "educate" this poor bastard and let him know that flash is the best, only approved, only correct and standard way of taking any photograph that requires any lighting. The implication was that the use of any other type of light was symptomatic of arch stupidity. The main premise of the commenters was that any movement shown as blur in the photograph is bad and also that photographers might require dozens and dozens of hot lights in order to "match" the light "power" one can easily get from a single, plastic, electronic flash.

I was disturbed to find that people are so incurious and so resistant to the application of any technique that is not unanimously embraced by the collective. I was disturbed to think that there is now only one (approved) way to skin an image. And I was disturbed by the hubris of the responders. It reminded me how dangerous it is to have only enough information to have an opinion.

Over the course of my career I've always owned lots of flash equipment and I've used it on thousands and thousands of jobs. But there is a time and place for experimentation, curiosity and expressing a different vision. One of those places is in the arts. And photography sometimes falls into the category of "art" (with a little "a").

The image above was made for Prevention Magazine. They called. They liked the black and white style I'd been doing for a number of years and they wanted me to do that style for an article they were writing about people who'd changed their lives.

I started with this style of lighting after studying some really cool images from the 1940's, taken by a photographer in a small Texas town. All of his images were done with "hot lights" and all of them had wonderful areas of shadow and light, as well as a sharper look to the lighting than what was in vogue in the 1990's.

I packed for the shoot by taking a bunch of Lowell Pro Lights (a 250 watt focusable flood light with barn doors) and several low wattage optical spotlights that use fresnel lenses to collimate the light. Out of a reflexive fear I also packed the usual steamer trunk full of Norman studio electronic flash gear. The Normans stayed in the car.

I used one light from above, diffused by a very thin diffusion material to create a very directional downlight for my subject's face. I use a small, Lowell from above and behind the subject as a kicker and hair light. And I used a small 250 watt flood to illuminate the back wall (lighting in layers...).

The light looked so different to me from the softbox driven, soft transition lighting we all used back then. The fact that it was lower powered than conventional strobe was something that I really liked because it gave me both a very shallow depth of field but also an excuse to keep telling my subject to freeze.  It's a quality of light that also looks sharper, overall, than more diffused light.

The magazine was very pleased with the image and ran it in a full page, uncropped, next to the article. I was pleased because the image didn't look like any of the other images in the magazine. I stayed with this style for quite a while. It's a little harder to set up and you have to keep your subjects in the sweet spots of the light but it's nice to have extra and different tools in the box.

I am currently evolving that style now. It's fun and challenging to use harder, hotter lights. It takes more time and effort. But the difference is worth it when you pull it off.

Contrary to the opinions of the "Photo Borg" we needn't all be assimilated into the Borg. There are plenty of really good lighters who use nothing but continuous lights. They are called directors of photography, or DP's. They work in the movie industry and they create stunning visual products that create billions and billions of dollars of value. There are also plenty of still photographers who also understand that there are advantages to using hot lights, florescent lights, HMI's, and even LEDs to create effects and to give heightened control to lighting. As well as helping visual creators find their own brand, their own style.

It's okay to be different. It's okay to shoot differently. In fact, for people at the higher end of the craft, it's mandatory. Being able to mimic the majority of work out there is nothing of which to be proud.

Posted by Kirk, Photographer/Writer at 14:30 20 comments: