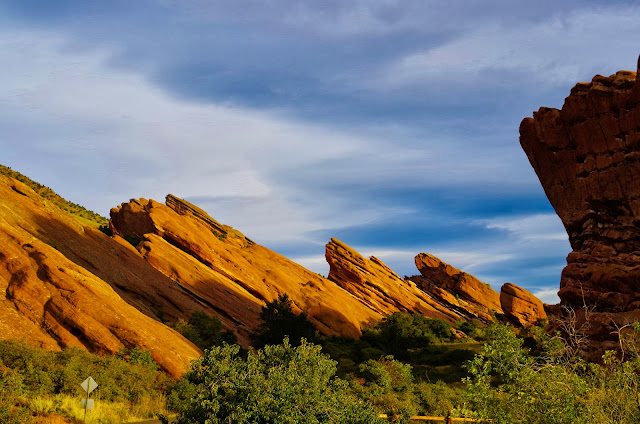 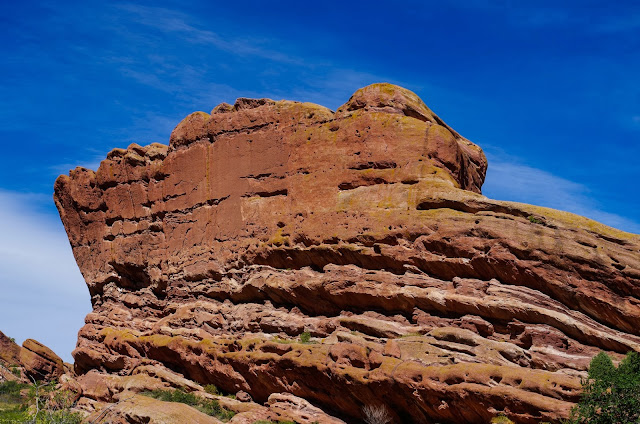 The Pentax K-01 lived on the passenger seat of my Fiat 500 rental car all week long. The only lens I have for it is the 40mm pancake so of course all the images were ones that worked well with a slightly long focal length. The video crew loved the yellow camera. We even used it in a shot...

I have to admit that it was fun to drive the tiny roller skate car around the curvy roads. With a little more power to play with we might have been able to out accelerate that ancient tour bus....

Fiat 500 not recommended for any photographer with more gear than a cellphone and one of those hipster hats....the Pelican case almost didn't fit in. We used some teflon grease as a last resort.

Posted by Kirk Tuck, Photographer/Writer at 17:31 2 comments: Links to this post

Yes. It's the latest technique to sweep through the photo world. Ghostly imaging. 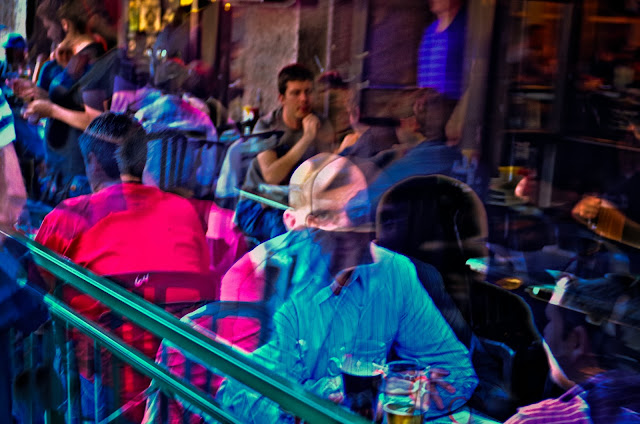 My camera was banging around at the end of the strap and the universe was randomly pressing the buttons and changing my menu items. Instead of my usual austere and pensive images I ended up becoming an unintentional master of HDR......Far beyond the realm of Technicolor Spew.

I call it "Out of body and heading to the dark side on the streets of Denver."
Posted by Kirk Tuck, Photographer/Writer at 17:03 3 comments: Links to this post

I am back in Austin putting the studio back together and hanging with the Dog. Some observations... 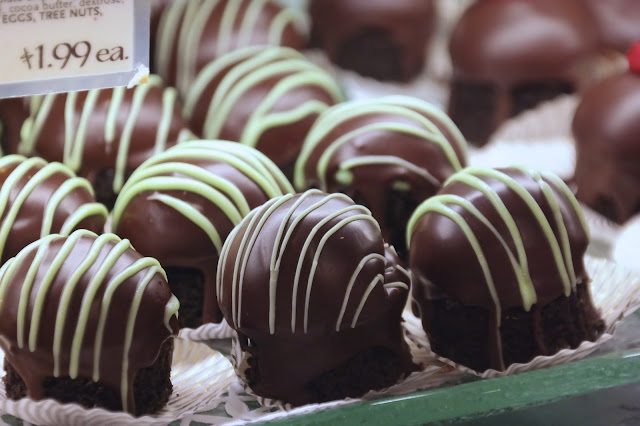 I have been on location, in Denver, Boulder and at Red Rock Park for the last eight days. I'm not sure how clear I've been on the assignment in previous posts but there is a company called, Craftsy.com and they make instructional videos about a bunch of different subjects. Everything from crafts (hence the name) to gourmet cooking and, of course, photography. People go to their website to find out how to do something, find a course they like and pay to watch it. It's an online experience. Once you've paid for a course you can watch it over and over again as many times as you like. And, unlike many other online education resources Craftsy has discussion areas for students and students can ask instructors questions about the content and get answers from the actual instructor. Students can also post work and get peer reviews and input from the instructor of the course.

Earlier this year they asked me to be an instructor for several photo classes. These are not live workshops with students in attendance, instead they are constructed like television shows that teach. We have outlines and we cover all the points cogent to the subject at hand in a direct and conversational style. The entire production takes time and a crew with expertise in video, audio, lighting, graphics and producing. The production values are first class all the way through. I am not the director or producer for my classes, I am the expert/actor who stands in front of the camera and speaks and demonstrates. I work with models to show lighting and shooting concepts and demonstrate how they work. Neil Van Niekirk is another one of the instructors as is Rick Sammon.

For the last eight days I've been working with a crew on multiple locations to create two new courses. I'm very excited about both of them and I had an absolute blast being on the other side of the camera. Now I feel as though I have a truer, 360 vision of video production, shooting, audio and more.

I want to talk about some of the stuff that might seem incidental but which made this adventure much easier and more comfortable. It's the little stuff that makes a difference.

NUMBER ONE, BEST NON-PHOTOGRAPHIC TOOL: After the cameras and what not the number one tool that made my participation more fun was my iPhone with iOS7 loaded on it. No, I didn't use the phone camera for anything but I did constantly use the latest mapping feature. It was bullet proof.

I'm an anxious, nervous traveler, especially when a whole production depends on me being somewhere on time. I'd never driven in Denver before but we had lots of locations and crew members coming from different areas and we decided it would be best if I rented a car and got myself where I was supposed to be. I'd plug in a street address, hit "start" and the "Siri" woman would give me turn by turn driving instructions. If I screwed up and missed something because I was messing with my coffee or daydreaming the program would instantly calculate a new course and correct my path. Stunning.

Probably old news for most of you but amazing for me. And totally free. I especially appreciated the guidance at 5:30 am this morning on the way to the Denver airport...

And then there's everything else on the phone. My cinema light meter, Easy Release model releases, Kindle, and the usual e-mail and texting stuff...

NUMBER TWO, CONVENIENCE ITEM: Everyone in the crew liked my Banana Republic, grey T-shirt best out of all my wardrobe. I wore it.... a lot. And I worked out in the hotel gym.....a lot. So I was happy to find that the Magnolia Hotel (which I called home for 8 eight days) has a self-service laundry on the first floor. Yes, I did a load on Sunday and I did wear the grey shirt again.

NUMBER THREE, SCADS OF STUFF EVERY BUSINESS HOTEL SHOULD HAVE: Where do I start? The Magnolia Hotel (at 17th and Stout in downtown) starts each day with a free breakfast for guests. Not a tacky, stick you pastry in the toaster or make your own waffle thing, but great eggs, breakfast sausages, bacon, all kinds of toast, fresh scratch oatmeal, good coffee, a couple dozen types of tea and more. On sunday they had eggs Benedict as an option. One good breakfast at 6 am and I was good till two or three in the afternoon.

Wine and beer happy hour from 5:30 till 6:30pm in the same dining room. I sure didn't make it to everyone but if I did my parts well and we didn't need to do too many takes I could sometimes make it back in time to sit in one of the big, puffy chairs or on the couch, have a nice glass of Cabernet Sauvignon or a Killian's Red and a big glass full of pretzels. On Saturday night I actually had two glasses of wine. It's fun and a nice wind-down feature of the hotel.  But it doesn't stop there...

From 8:00 p.m. to 10 p.m. the hotel puts out a spread of fresh cookies, milk and decaf coffee. Cruise by and grab some cookie happiness and eat it there or take it up to your room. Nice. And happy.

Next up, the hotel has a couple of big black SUV's and they'll take you anywhere downtown at the drop of a hat. Free. I was coming back late on evening and I had a dinner date with a business client at a trendy restaurant in a busy part of downtown. One of the those downtown areas that are a parking nightmare. I cruised into the hotel, they valet-ed my rental car, bell hopped my equipment cases up to my room and put me in one of the big, black cruisers simultaneously. I was three minutes early for my dinner engagement instead of half an hour late.

Final hotel perk? 25% all coffees at the Starbuck's adjacent to the hotel. Loved that. A Grande drip coffee for $1.44. I thought I'd been teleported back to 2003.

NUMBER FOUR, STUFF I TOOK THAT TURNED OUT TO BE VERY, VERY USEFUL...
I'll start with the Thunderbolt to HDMI adapter for my MacBook Pro. Then I'll move along to my Thunderbolt to DVI adapter and I'll end up with my various card readers. Yes, we were productive not only in the shooting but also in moving content around and displaying it on different devices. I'll finish up with my Swiss Army Knife which came in handy for fixing a flash shoe, cleaning a connection and also trimming nose hairs.

I loved being the object of production. I didn't have to mess with hotel reservations, car reservations, airplane reservations, location scouting, model releases, logistics or figuring out where to eat while working. All I had to do was bring the content. I'm spoiled now. I could really get used to that.

Anyway, now I'm back in Austin. I've picked up the boy from school, reheated my family's Chinese food from last night for a late lunch and I've even given the lovable and stinky dog a bath. Yep, I'm back home and ready for tomorrow...

For the last eight days life was like a box of chocolate with none of the filler options that no one really likes. In my mind it was all brandy truffles with toasted almonds.

Posted by Kirk Tuck, Photographer/Writer at 16:24 3 comments: Links to this post