I'm not the least bit conflicted about Nikon's new Df camera. I think it will appeal to a huge number of fellow photographers who cut their teeth on dials and external controls.

Whether or not they'll actually trade their cash for it is a whole different story. 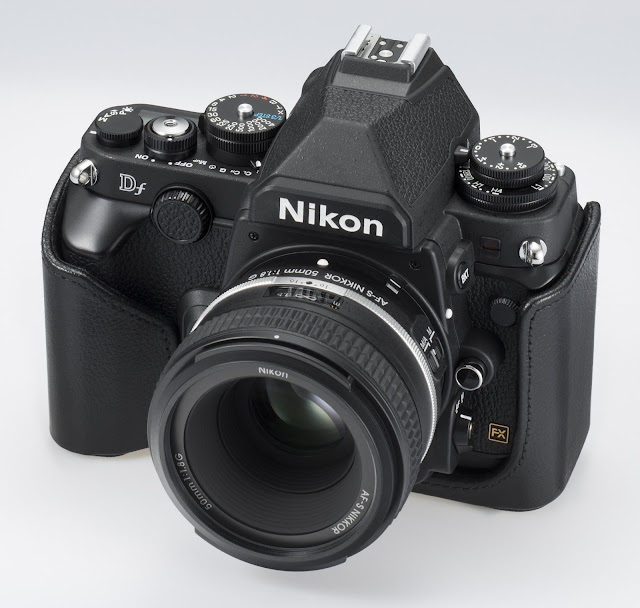 I haven't touched this camera or seen it in the flesh but I think Nikon will be moderately successful with a certain segment of the camera buying public. I'm pretty sure that a large slice of the camera toting demographic who "grew up" in photography using film cameras from the era referenced by the Df's design notes will be happy to go back to dials that had discrete functions and real, tactile feedback. The real dividing line will be between those who experienced the FMs, FEs and similarly configured cameras from the film age and those whose first brush with photography happened after the introduction of digital. Of course there will be outlier and you'll probably be able to point to a number of younger photographers who like the interface or the nostalgic nod to yesteryear just as you'll find a number of more experience shooters who were happy to leave the old interfaces behind.

In this case I'm ambivalent. I'll admit that I like the three control dials (shutter speeds, exposure comp. and ISO) as separate, easily accessible controls but I've pretty much made my peace since the Nikon F5 and F100 with electronic interfaces. The camera looks like a real camera to me mostly because I am over 50 years old and this product design is so similar to the tools that were around when I initially learned photography.

I do think that, in the balance, Nikon has gotten a lot of things right. I'm glad they waited until they were firmly into their full frame comfort zone because I am certain that people will want to press some of their old prime lenses into service for this camera and they'll want those focal lengths to match the angle of view they were used to on film cameras. I think it was brilliant to integrate the Nikon D4 sensor into the mix as that sensor is great at low noise performance and, at 16 (big sized) megapixels it creates very beautiful files.

Much as I love EVF's it was the right decision to keep making last century optical finders for a retro camera design like this. That probably helps enhance battery life, which Nikon claims to be about 1400 shots. I'm pretty sure it will focus quickly and accurately as Nikon reportedly is using the same AF system as its latest D610 camera which seems to have fairly bullet proof auto focus.

If I were in the market for a full frame camera I wouldn't consider this camera over the D610 or Canon's 6D because I'm not sure there is any imaging or performance advantage to the Df over those full frame choices. But everyone will have a different opinion depending upon how they use their cameras. For the most part the only five controls I use on a day to day basis are shutter speeds, apertures, ISO, exposure compensation and color balance. Most of the geeky stuff sprayed around most menus is an enigma to me (by choice) and I don't have a very hard time acclimating to different cameras given the small range of controls I'm generally looking to master. In fact, most of my friends who are serious shooters also work within a very tight range of menu items while my friends who collect gear tend to know how to customize their cameras in depth with different buttons revised and re-dedicated to all sorts of new settings.

Where the camera falls down (and these are NOT deal killers if you like the external control design) is in little things. The first for me in having the memory card and battery under the same bottom mounted door. After several years of dealing with that on the Sony Nex cameras it is liberating to once again be using a camera (Panasonic GH3) which has a separate battery chamber on the accessible, righthand side of the camera. It makes for fast and sure card changes.

Another point, raised by a reviewer at DP Review, is that the camera is clearly aimed at people who might want to use pre-AF Nikon lenses on the camera; and indeed, it is set up for their easy use. Given it's ability to accept and meter older Nikon manual focus lenses it seems almost cruel that Nikon has given users a fixed viewfinder screen.....and to turn the screws a bit it's one with no manual focusing aids! Even if no one ever gets around to actually using it a camera like this should give the user the option to pop in a split image rangefinder screen to quickly focus some of those manual gems that are still floating around.

The rest of the camera seems very well done and I have little doubt that the production values will be quite high. While I don't like to factor price into every camera buying situation I do think the relatively high price points to a collector conception for this camera rather than a user conception. Older, well heeled photographers will, perhaps, embrace it and use it hard, taking advantage of the retro design of the controls and their comfort with that interface but I do think that a younger generation, raised on buttons, menus and won't see the value of spending a thousand dollars more for the same kind of performance they could get from three other full frame products that are (or soon will be) out on the market.

What would it have taken to get me interested in the Df camera? Oh, just an EVF. Once you've pre-chimped I don't think you'll ever want to go back. That and a price around $1500....

In the end Nikon more or less gave a vocal minority of Nikon users something they've been collectively asking for since the dawn of the digital age; a digital Nikon FM.  They delivered and now it's up to the market to decide whether this implementation is successful or not.... 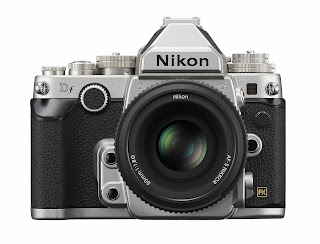 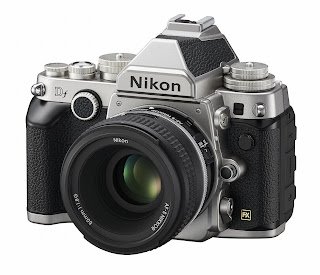 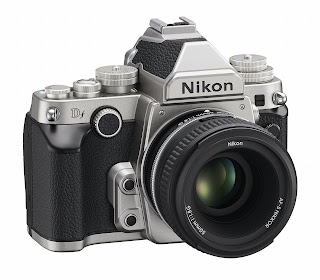 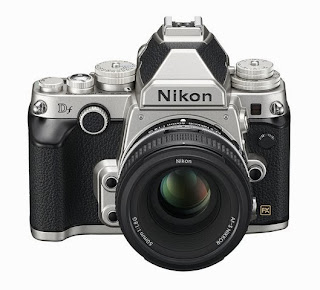 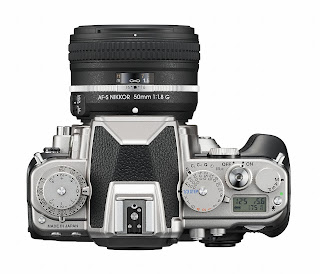 One final note: I know color choice is supposedly subjective but....would anyone seriously make the claim that the silver version is anywhere as nice looking at the black one?

Posted by Kirk, Photographer/Writer at 17:39 35 comments: