Go West. Toying around with the idea of doing an informal workshop in the middle of nowhere. 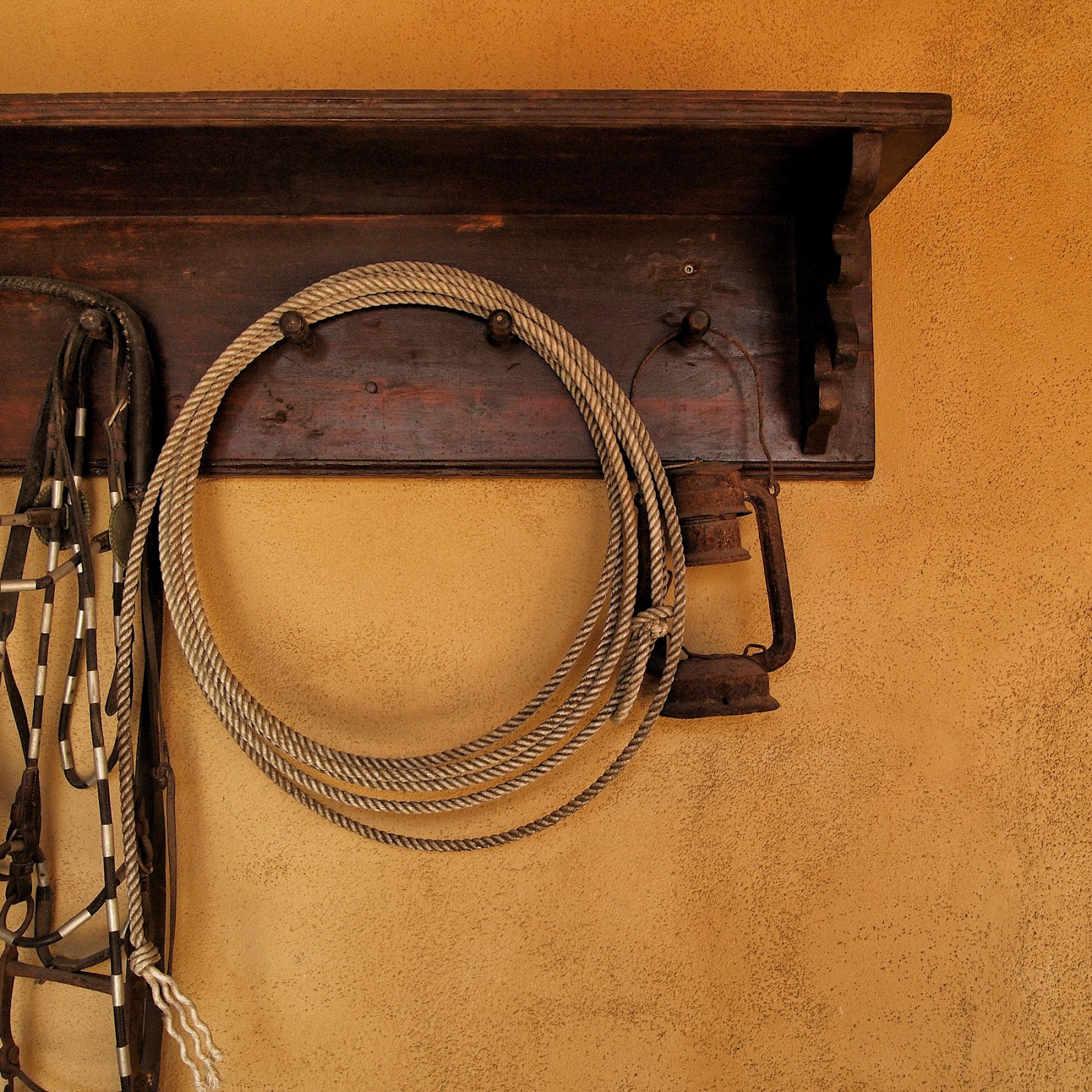 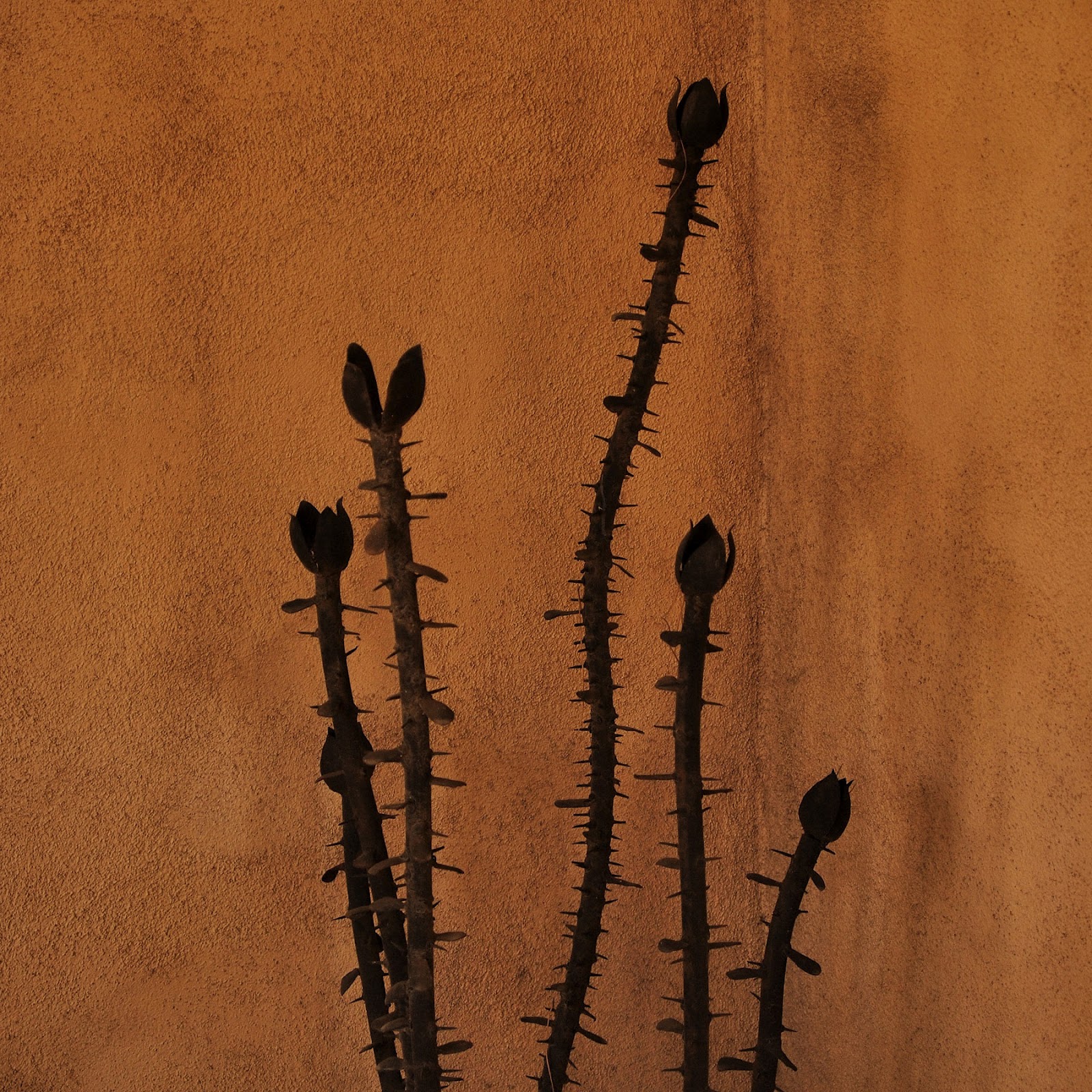 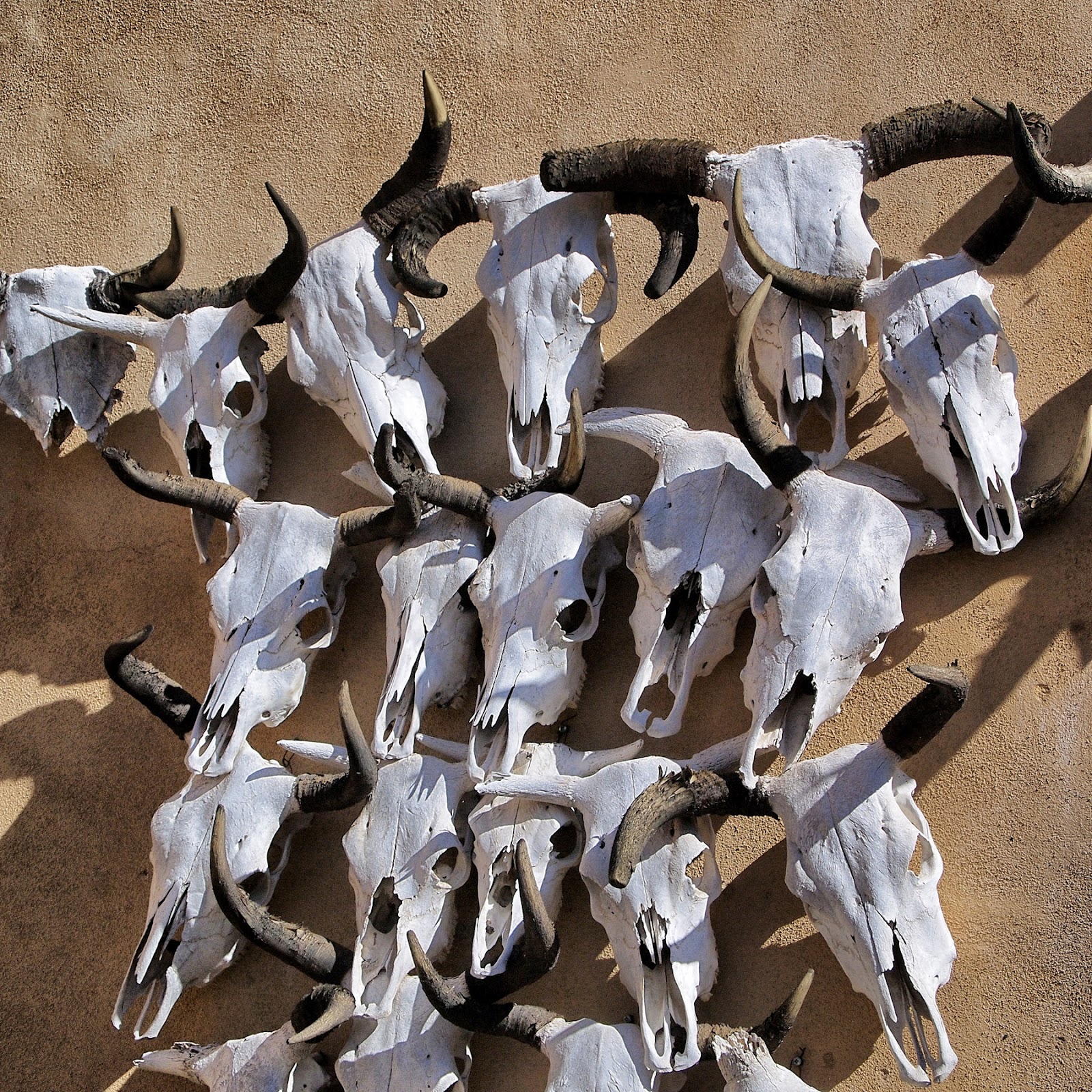 Four years ago I got in my car and traveled west to Marfa, Texas (where I did not make the cliché shot of the Prada storefront) and also to Marathon, Texas. It was a reinvigorating adventure for one. I took two cameras. The Olympus EP-2 and the EPL. I took the kit lens and a motley, though effective, selection of Olympus manual focus Pen FT lenses on adapters.

I slept rough. Sometimes in my Honda Element and sometimes under a park picnic table in my sleeping bag. My friend Bridget was living in in Marfa at the time and I got to stay are her house, take a nice shower and feel civilized for a day.

Marfa is a town in the middle of nowhere. Its claim to fame is a bizarre but well attended film festival held once a year. People fly in from L.A. and NYC and Aspen.  The population of the town doubles and people pay lots of money for the dubious honor of sleeping in restored faux Airstream trailers or teepees, or they stay in the Hotel Paisano which became famous during the filming of the movie, Giant, with James Dean.

Thought I'd wait until the first part of June when it gets good and hot and head back out to west Texas for another dose of wide open spaces,  deep blue skies and roads that seem to go on forever. And then it dawned on me that I could probably go all "Super power, once in a life time, better than Dubai, learn everything you need to know to be a rock star photographer, write public love poems to your wife, outrageously informative super teacher---expert, social network gumbo, learn to use ALL THREE BUTTONS ON YOUR iPHONE teacher, and hoodwink people into thinking this would be some sort of great workshop opportunity wherein I could send them around town shooting all the decaying and empty buildings, the old railway pilings and whatever models we can convince to go with us out there and wear cowboy boots and bikinis and I could hang around at the outside bar at the Paisano and when everyone comes back in all tired and sunburned I could pontificate and wax on about how we worked magic in the good ole days. And how we know secrets that are unconveyable.

By the time I got to the end of my logic train I saw the irrationality of my concept. I really don't have anything to teach that you couldn't get almost for free at Craftsy.com. I'm not shooting with a hot new system that will make the gearheads salivate and I really don't want to spend a lot of time sitting around drinking bad wine on a windy patio. To complicate matters I prefer to pick my own friends and acquaintances.

In the end I guess I'll head out there on my own. Although the models in bikinis and cowboy boots and the evenings at the outdoor bar do sound promising. I guess that's the closest I'm going to get to a workshop this year....

Posted by Kirk, Photographer/Writer at 16:09 12 comments:

Spending some time over processing images from the backyard. 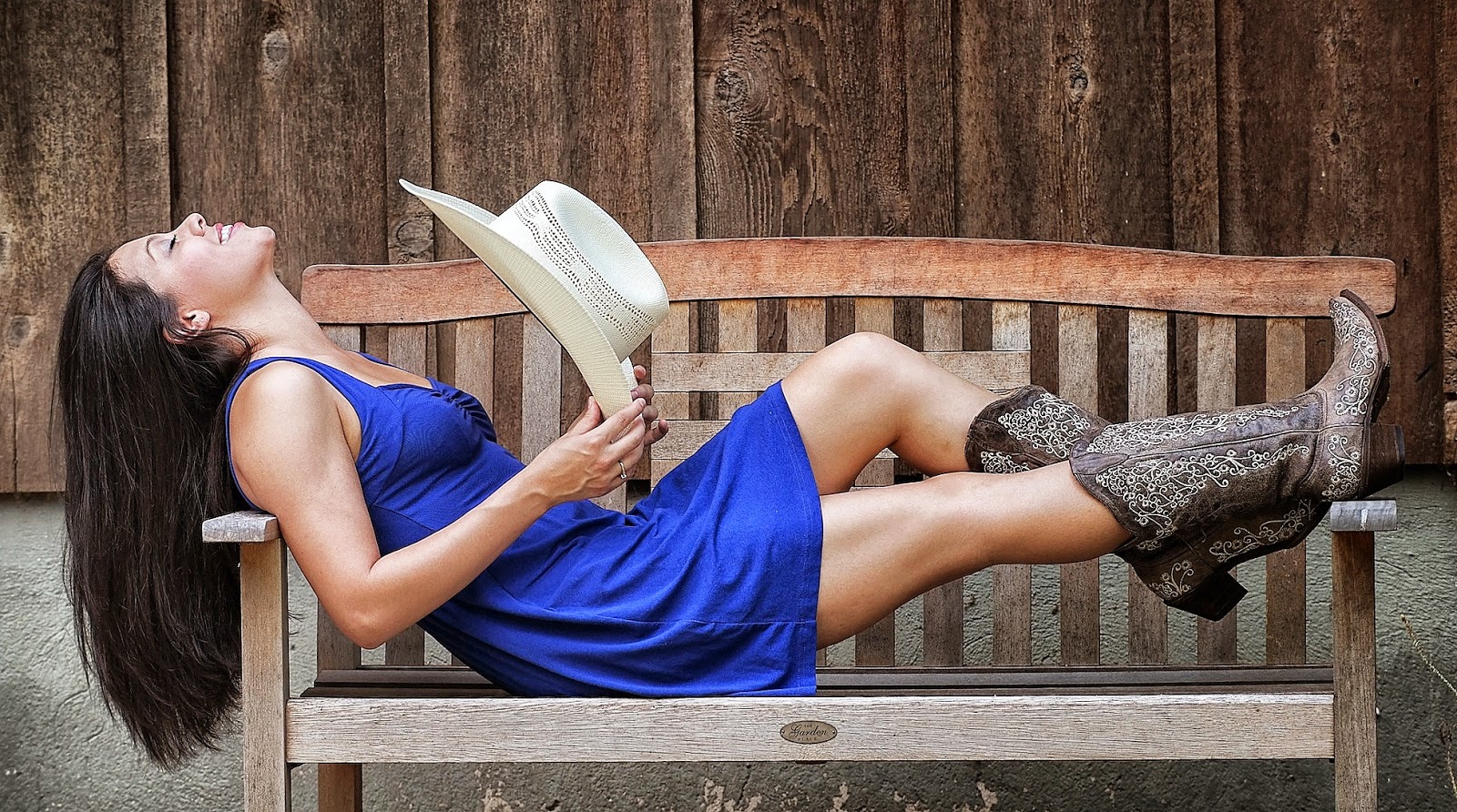 I used as many controls as I could find in SnapSeed when I retouched this image of Noellia hanging out on the bench. Studio Dog growled at me a bit when I clicked on the "Dramatic" menu item, but I tried to explain to her that I was intentionally pushing stuff to see where the edges were and at what points everything falls apart. And when it falls apart, will I still like it?

This was shot as a test of the Samsung Galaxy NX camera and their spritely 85mm f1.4 (probably the only 85mm around designed to exactly cover only APS-C...).

The Samsung stuff has its own look and feel to it and I do believe I am starting to come to grips with it and tame it in the newer camera, the NX30. In fact, I'm feeling confident enough to use the system as my "it has to be a bigger sensor than that m4:3rds stuff" kind of camera for those knowledgable? clients, sometimes replacing my full frame a850.

I used the NX30 and the 85mm lens to do a portrait late last week and I was very happy with the outcome. Like so many other cameras it needs to have its saturation and sharpness reduced for use in making flattering portraits of human faces. Once I got that wired everything started to fall into place.

I have two lenses that I really like using with the Samsung NX. The 85mm and the 50-200mm f4-5.6. I've read on the web about people getting decentered copies of the zoom which cause them to lose sharpness at longer focal lengths but I must say mine stays sharp.

I always have fun photographing Noellia. I'm sad I can't do it as often as we used to but she moved to New York City a few years ago and has been doing live theater in the city and also traveling a lot for folks like Disney.  Makes me appreciate it even more when she makes time to see me during her visits home. 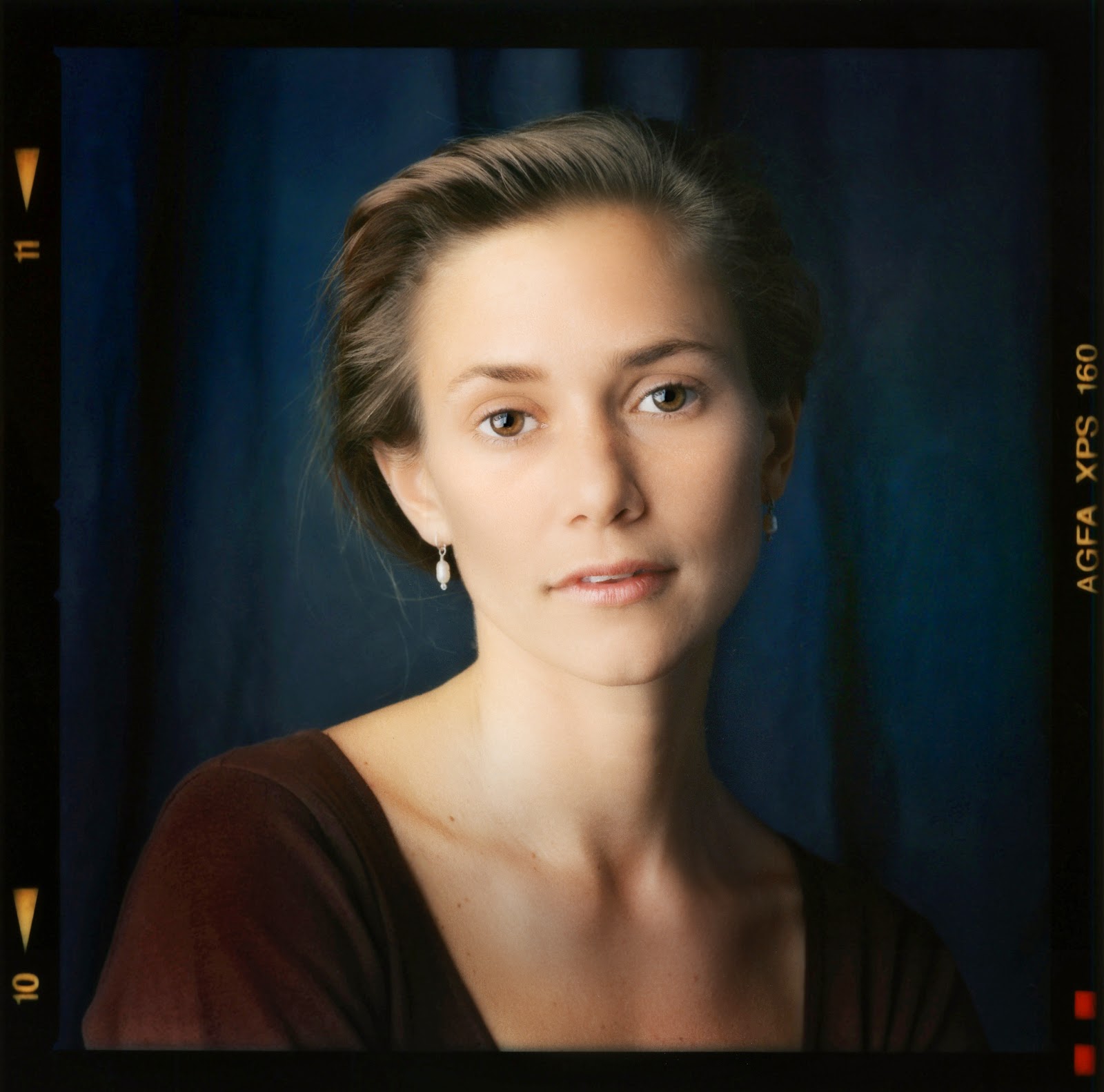