Camera Crazy. After a crazy decade of buying and selling digital cameras what have I got to show for it?

All material ©2014 Kirk Tuck and presented exclusively at www.visualsciencelab.blogspot.com  If you are reading this on another site, without proper attribution, it is not an authorized use of the material. If you are reading this on an unauthorized site DO NOT CLICK on any links in the body copy as it may infect your computer with serious viruses. Sorry to have to put this warning here but a recent search turned up dozens of similar infringements. Thanks for your authentic readership. 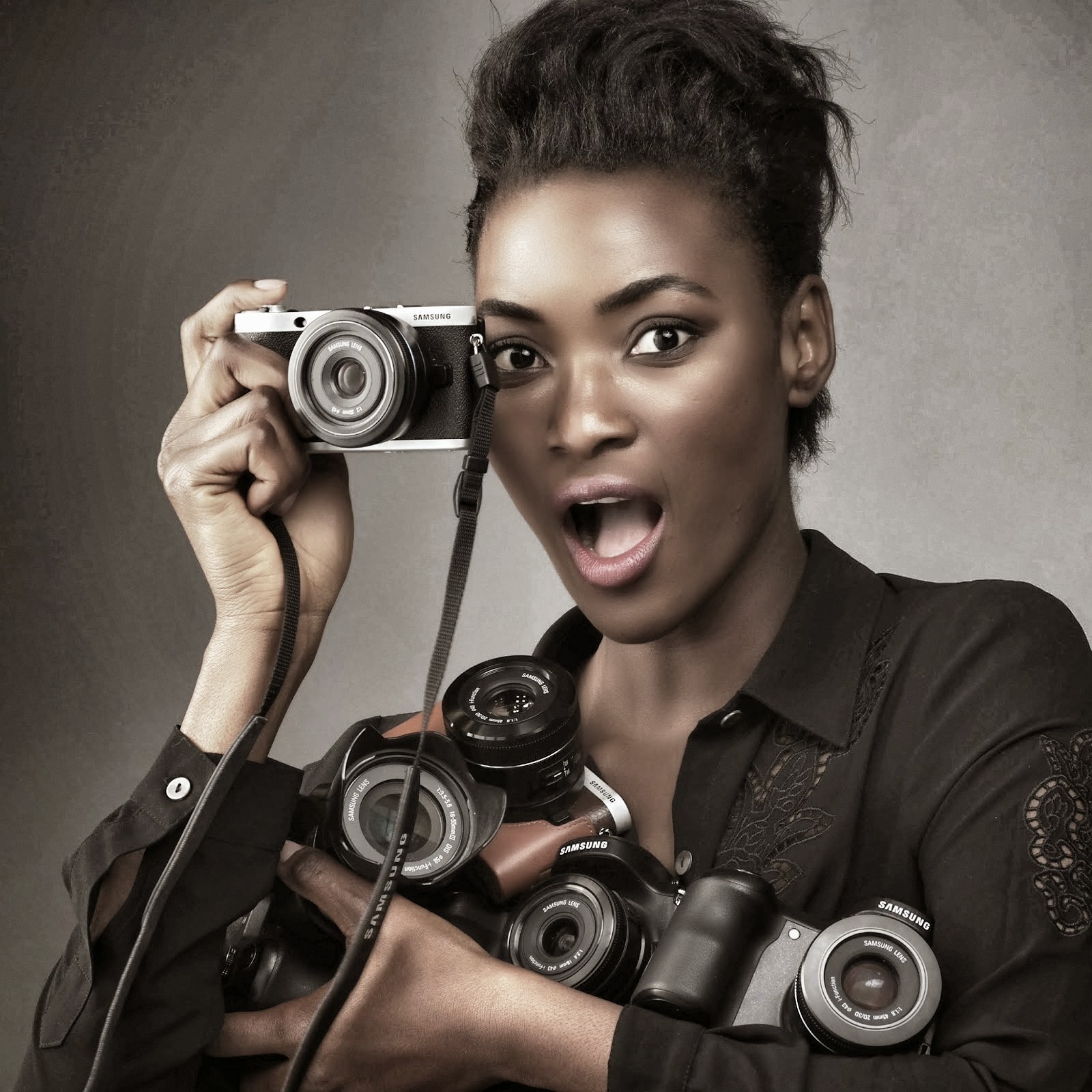 Cameras change, business changes, taste changes and intentions change. When I started out this century I had my feet in so many camps. We still had a complete Rollei Medium format system with extra bodies and lots of lenses. We had Leica R series cameras and lenses and then we had Kodak digital cameras and Olympus digital cameras and lenses for everything. In the lighting closet we have Profoto Electronic Flash Packs with a gaggle of flash heads as well as four or five Profoto Monolights, every size of soft box imaginable, barrels of umbrellas, and a forest of light stands.

Over the course of the decade that followed we followed the trends like everyone else. We upgraded to better and better digital cameras and got rid of the film cameras. While the nostalgia and sentiment attached to the film cameras was almost overwhelming there were few to none clients ready to either wait for results or ante up for film and processing and then scanning in order to use the film stuff.

The idea in the moment was to get rid of the film based gear while it still had some value. Which we did. Sadly. But business is business.

I bounced back and forth between Canon, Nikon and Olympus until my two year flirtation with Sony product. All the while adding and subtracting "fun" cameras, niche cameras and a vast assortment of lenses.

After I wrote the book, Minimalist Lighting, I got small flash religion and got rid of all the Profoto lights.  And I'm glad I did because by that point we were no longer doing the big production, big studio work for which they were designed. I replaced them with smaller, lighter and far less expensive Elinchrom D-Lites which have served the portrait part of the business well. More often I just take along a little bag of battery powered flashes and a few triggers and make due with them...

Were I "just" a photographer at this point the logical gear to buy would be something like a Canon 5D mk3 or a Nikon D800 or even a Sony A7 and the holy trio of professional zoom lenses. But on the way to uniformity I took a left turn and decided that video will be vital to my business (not everyone's) in the next few years. Starting now. And that makes me think about different gear than I would if I were only concentrating on still images.

To make a long story shorter I'll just head to the punch line: I have fewer photographic tools, fewer cameras, fewer flashes and fewer accessories than at any time since my tenure at the ad agency which ended back in 1987.

I bought a Panasonic GH3 camera just before Christmas in 2013 and I tackled a few video jobs with it. From a video perspective I was sold. The images, even just at 50 mps, are very good and easy to edit. The audio is straightforward and more than good enough for interviews and the kind of work I've been doing.  Based on my early experiences with the 3 I bought a second one. Interestingly enough we always had back up cameras in the film days but we had them as insurance against downtime in the event that our main camera died. Cameras did that.

I've been reflexively been doing the same with digital cameras. I also justified the additional expense with the idea that I could put one lens on each camera and cut down on both time changing lenses and possible dust on my sensors by changing lenses less often and just grabbing the alternate camera and lens system instead. But video opened my eyes to a new use for the cameras: simultaneous recording of b-roll or alternate angles. Now there's a totally legitimate reason to carry extra camera bodies. They can be pressed into service getting additional coverage on every take which means lots more editing possibilities in post production.

While the GH3s are great for most stuff the GH4 is a refinement and opens up the potential to offer even higher quality video, more control over the video (and photographic) image quality and a better ergonomic experience provided by a much improved EVF. You can read the reviews on the web; the video out of the GH4s is nothing short of amazing. Especially when you consider the price. But the added bonus for me is that even the Jpegs from the GH4 are a step up from the GH3. When I've used the camera for commercial still jobs I have been routinely impressed with color and sharpness, even more so when I use the camera with one of the two X lenses or the very impressive Sigma 60mm Art lens.

What do I have left? I have the three GHX cameras. Two GH3s and one GH4. I have the wonderful Sony RX10 camera. And I have the two Samsung cameras, the NX 30 and the Galaxy NX. That's it. That's all. When I go out to shoot video or video+still photography it's nearly always with the GH series cameras. For the first time in a long time I don't feel torn between multiple systems and multiple imaging formats. All the menus in the GHX cameras are nearly identical. The cameras uniformity means I can get comfortable with them in a way that's never possible when you are constantly reaching across multiple brands.

For the first time I have more tripods than I have camera bodies!

So, what do I really have to show for a decade (and nearly four more years) of buying and selling digital cameras? The realization that we can make the work with just about anything and that it's fun to choose gear that's good for your intended use and not to fit into a uniform profile of general users.

My goal lately has been to detach myself from the goods. To become more gear agnostic. To absorb and embrace less of the religion of photography gear and legend. With every piece I sell or give away I feel lighter and less tethered (leashed) to the expectation that I'll have to do jobs that I no longer am interested in.

Back in the early days of digital I had a complicated rig and some dedicated lenses to do macro photographs of processor chips. One of my major clients was Motorola. We'd shoot chip dies on a weekly basis. Then Motorola split up, the manufacturing got fragmented and ended up at chip foundries in other countries and the use of chip die images became passé. But I held on to the copy stand and the mounting jibs and the specialty lenses for years after that and in some corner of my brain I reserved space and time for a resurfacing of the chip die business. When I sold off all the gear I felt a huge weight drop from my mental camera bag because I knew that I would never have to do that kind of painstaking, complex imaging (and inevitably retouching of manufacturing flaws) again.

Every time I let go of another piece of gear I let go of the implied obligation to be a jack-of-all-trades for another sector of clients. When I let go of my full frame cameras in deference to the Panasonic gear my friends and readers admonished me. Didn't I just do an assignment photographing 18 different people which needed to go on big posters at high res? Whatever would I do?

Well, we get asked to do a job that goes up really big about three times a year. They all happen in a studio. They all happen with pretty standard lenses. My local retailer, Precision Camera, rents Nikon D800's, Canon 5Dmk3's and Sony A7 cameras, along with assorted lenses, by the day or the week. If I owned the gear every kind of job would be designed around what I owned. Now, if a job that requires tremendous resolution comes up I'm free to transcend the choices I outlined just above and consider anything. Blue sky. No limits. Maybe the next time around the job would be even more fun if I shot it on the new Phase One camera with the new CMOS 54 megapixel sensor.... A camera I would never want to own but would love to shoot with.

More and more I want to be hired for what I know and not what's in the bag. At the same time it's incredibly convenient that my interest in video corresponds with the introduction of cameras that seem perfect for my level and my intention and do a good enough job at still imaging to allow me to do all but three or four jobs a year well with them. The basics are good. Everything else is rentable.

What do I have to show for all this? The thought process that allows me to peel off unnecessary layers and align my business with my own interests instead of slavishly serving too broad a market for my own comfort, and ultimately, my own profit.  Just a few thoughts about the changing nature of my business.

Posted by Kirk, Photographer/Writer at 11:10 9 comments: 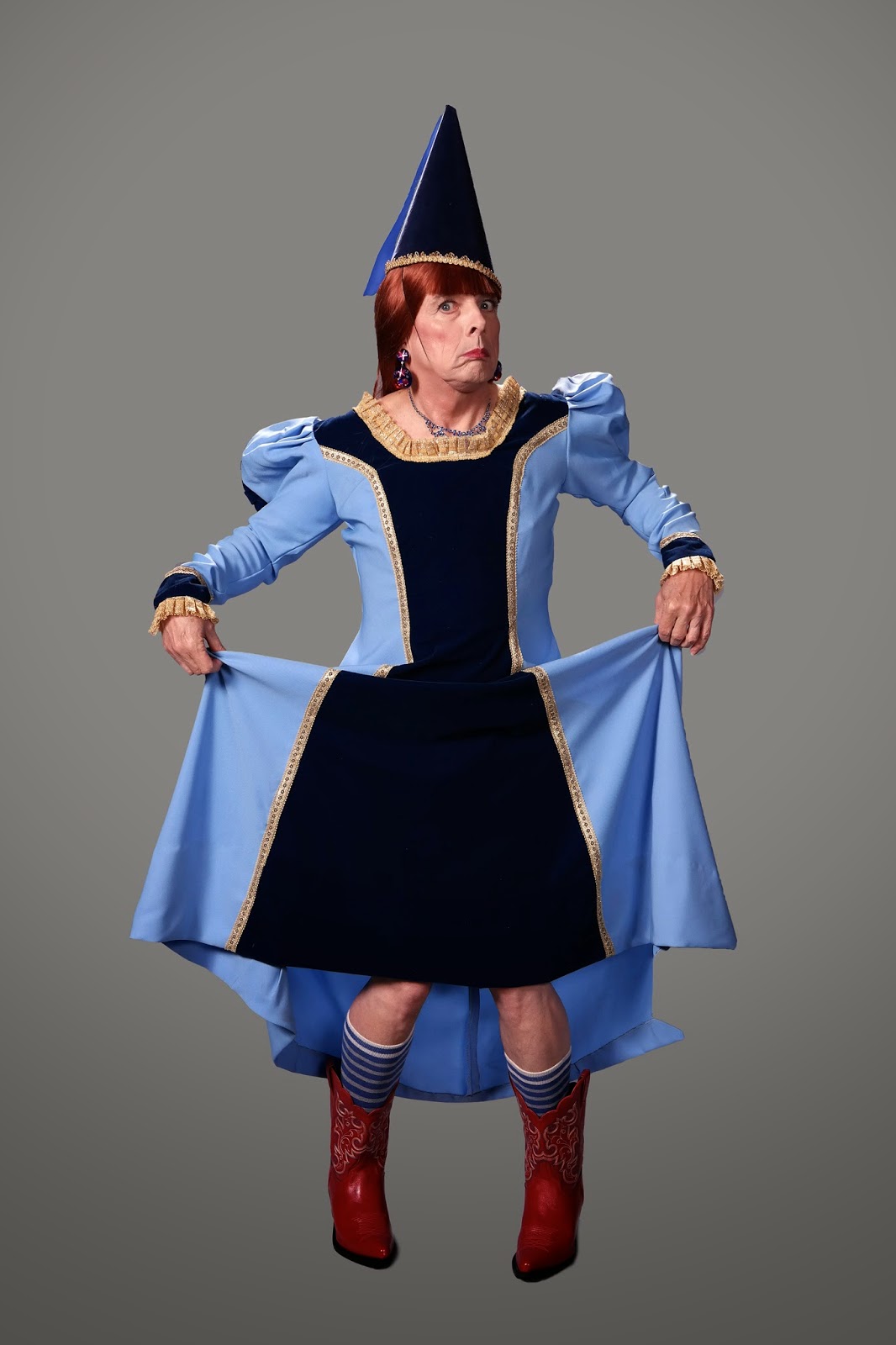 Jaston Williams in costume with boots.

I love working with Jaston. He's funny, brilliant and amazing. The first time I saw him perform was in the famous play that he co-wrote and in which he co-starred, Greater Tuna. I've watched him as Truman Capote and in a number of other roles in which he was uniformly superb. But I've rarely laughed as much in a marketing photo shoot as I did when he played it up for me as Maid Marian. It's a wildly comedic role based on someone from Jaston's past.