A dedicated selfie camera from Samsung. Scaring the crap out of myself 20 megapixels a shot. 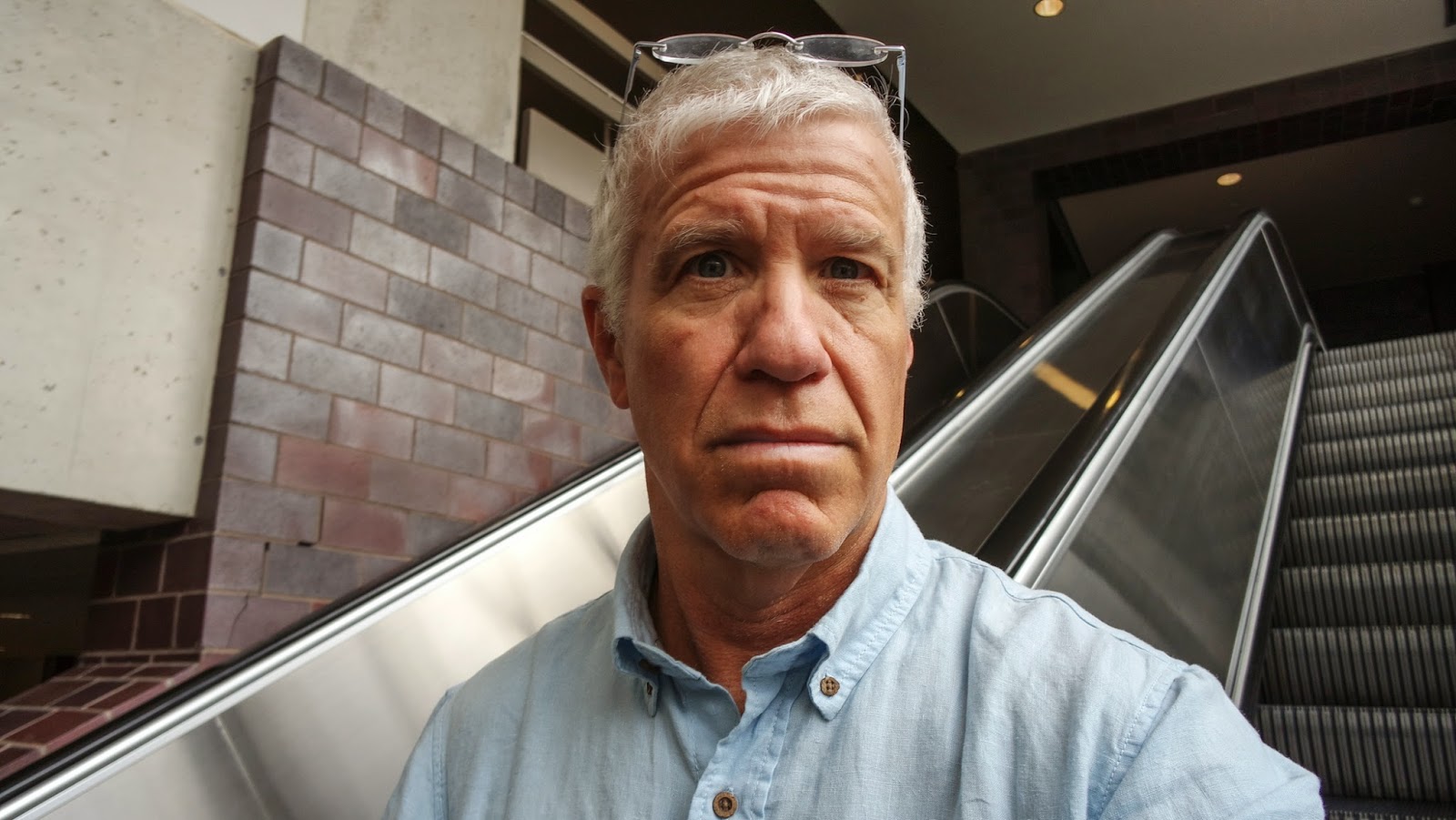 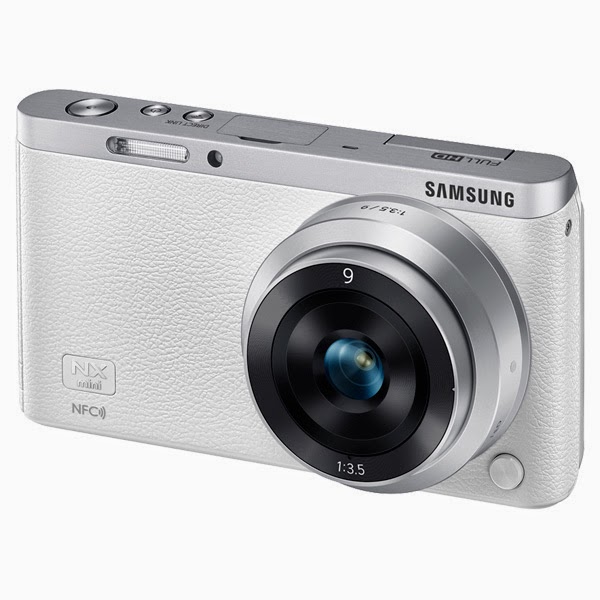 Mysteries of the universe abound. Two days ago Studio Dog rose from her nap, jumped to her feet and sounded the alarm that tells me the Fedex man is about to turn into the driveway with some package or another. The bark is very distinct. It's quite different for the UPS truck.

At any rate I ambled over to the door and accepted the insanely distorted Fedex box and wished the driver a good day. Studio Dog and I sniffed the box and discerned that it came from Samsung's P.R. agency in NYC. I thought it might be a t-shirt. But it was a bit heavy and angular for a t-shirt. I grabbed a vicious, cold steel stiletto and sliced the box open with the barest flick of my wrist. The contents were padded with some sort of color newspaper pages. When I pulled the box out of the box it turned out to be the container for a camera called a Samsung NX Mini.

And mine is, indeed, white. Right down to its wrist strap.

So what is this all about? Well, it's a tiny, thin, interchangeable lens, mirror-free camera that uses the Samsung version of a one inch sensor. The lens on the front of mine is a 9mm, f3.5 which corresponds (in full frame speak) to a 24mm lens. They also currently make a zoom that goes from 9mm to 27mm, which is about a 75mm big camera equivalent.

I assembled the camera and lens, put in the big battery and tossed in a micro-SD card. The camera spent a little time on a turbo-charged USB-4 terminal, sucked up enough juice to turn the battery light green and then we were off to the races. Scaring small children and mindlessly riding on escalators.

The camera is quick and agile but made with enough metal to give it a bit of gravitas. It has all the stuff I don't really care about, like NFC and wi-fi, and a few things I do care about like raw files and manual settings. And a battery that's rated for over 600 shots per charge.

The big draw of the camera is its selfie enabling design. The rear screen swivels up and around so you can see yourself over the top of the camera. You can click the shutter in the old school method or you can set the camera to trigger upon a gracious smile or a wink. I used the face detection Af and, since I rarely smile, I engaged the shutter with my index finger. We would have waited a long time for smile detection but, given enough time we might have pulled off a wink shutter by dint of some facial tick or another....

If you wear a suit and tie, or it is perennially winter in your locale, the camera is quite pocketable. If you wear a pair of jeans and a t-shirt as you everyday wear it is only pocketable if you like to present with a rectangular bulge in your pocket.

The camera is actually a very good performer. The exposures I took on a dark and overcast day were all very much on target and the AF only failed me when I didn't pay attention to what I should be aiming at. It has all the basic controls and setting parameters of its bigger brothers in the Samsung line up. And the menu beats the pants of just about any Nex I've had the pleasure to own.

It's actually a fun, quick camera to have around. The 20 megapixel sensor seems pretty darn good, the wide angle lens is nice and sharp, wide open and the rear screen is good for most work. If I were shooting seriously I'd have to put a Zacuto or Hoodman finder on the back of it to make it professional but that would almost triple the size of the package and would look pretty stupid.

This is pretty much the perfect camera for a compulsive perfectionist who loves to do selfies for social media but who wants something that generates higher quality files than all the cellphones on the market. It's also good for gruff, old cusses who just want a camera they can keep on the dashboard of the pick-up truck for quick snaps of stuff they come across on a day to day basis; like Sasquatch and Oil Derrick fires, and beautiful landscapes preening under the majestic setting sun of Texas.

Ben was intrigued but I decided I'd keep this one around for my incredible number of selfies I expect to take on a day to day basis. Hmmmm. Ready? Crowd in close and we'll get a selfie of us in front of something very Austin-y. Like traffic. Or a music festival. 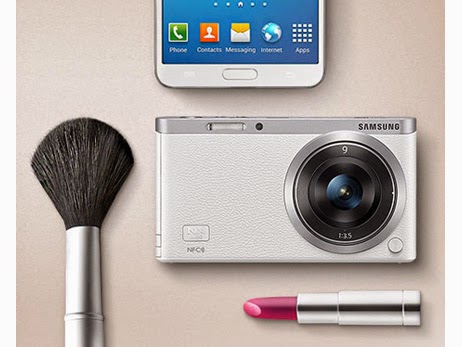 Posted by Kirk, Photographer/Writer at 20:48 12 comments:

Rosie and the Ramblers Makes Their Kickstarter Goals and Slams Out Future Gold Album. 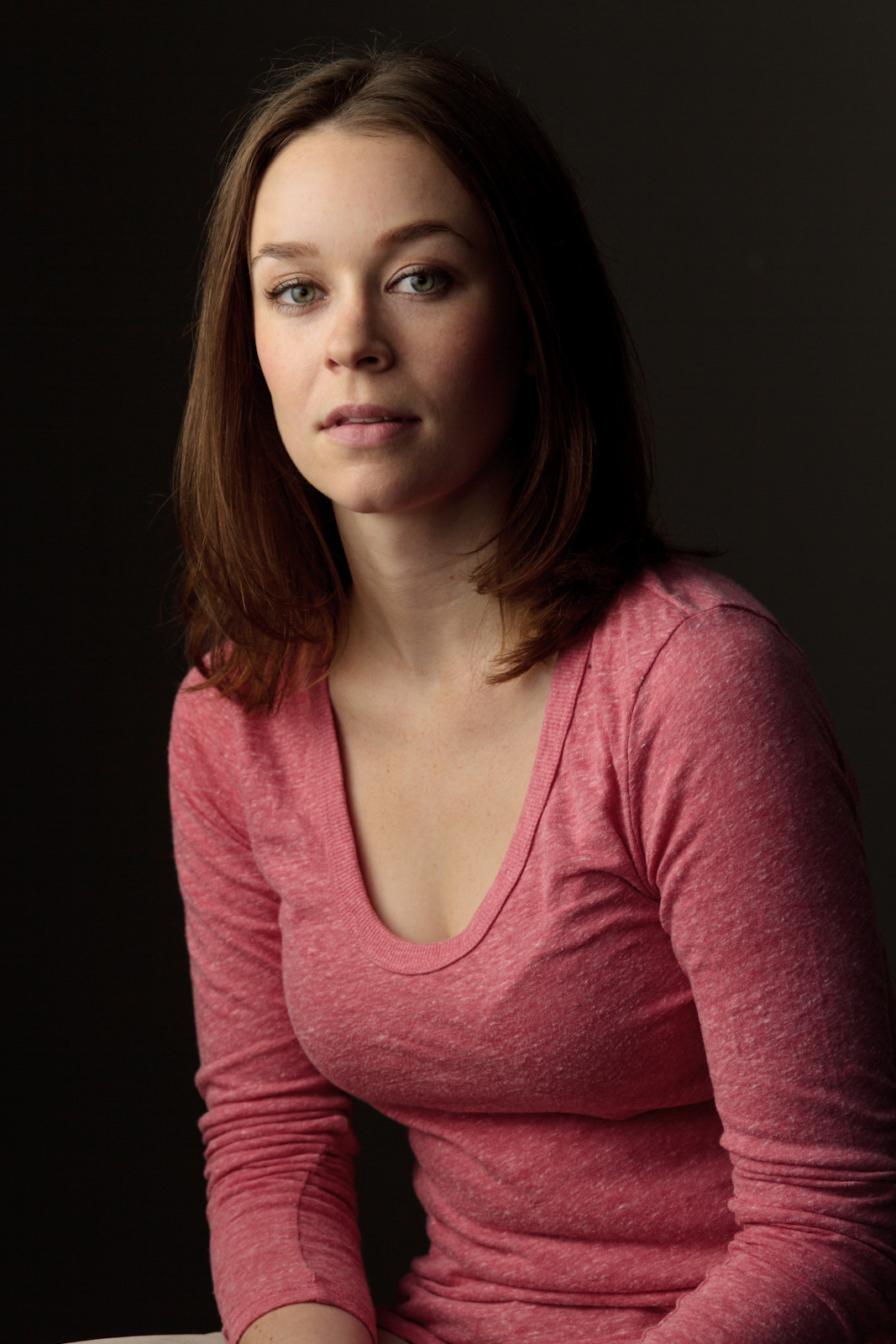 Selena. Aka: Rosie. Of Rosie and  the Ramblers.
http://www.rosieandtheramblers.com

A few months ago I wrote a piece about my friend, Selena, and her band, Rosie and the Ramblers. At the time I had just helped video artist and all around nice guy, Chris Archer, create a video to put up on Kickstarter for "Rosie." Her goal was ambitious. She was going to go into a very professional sound studio and cut her first real album. Being a good person she wasn't about to ask the musicians to work for free or go cheap on production. She wanted to raise $8,000+ to defray the costs of production and get her art out the door and into the hands of her fans. Without compromise.

I heard from Chris a little while back that "Rosie" met her goal and then some. She got the band into the studio and worked her magic on all the tracks. The album is finished and awaiting whatever post processing the music industry does and, I guess, waiting for iTunes to approve and add the album to their catalog. I haven't heard it yet but Chris has and he swears that it's so good I'll laugh, cry and blush within the first few minutes of listening.

Plugging someone else's great review on a camera. The Panasonic GH4 by Camera Labs.

Gordon Liang is the reviewer at Camera Labs. He did not do a glancing or weak review of the GH4. He pulled out all the stops! It's an incredibly detailed review that goes a long way toward explaining why I'm buying up GH4s and lenses. Read it and see what he says....

And here's a gratuitous image of a GH4 just to whet the visual appetite: 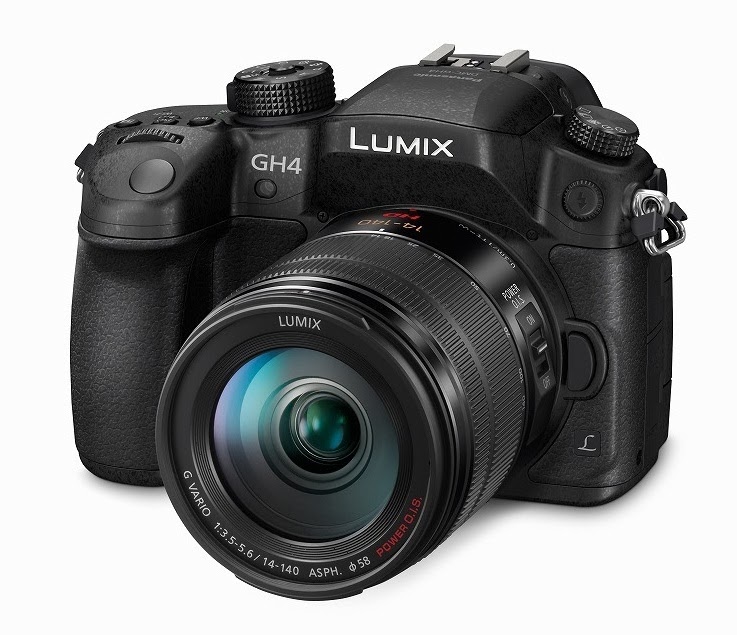 Posted by Kirk, Photographer/Writer at 15:28 2 comments: