It's starting to get hot and humid in Austin and I'm nostalgic for Berlin. 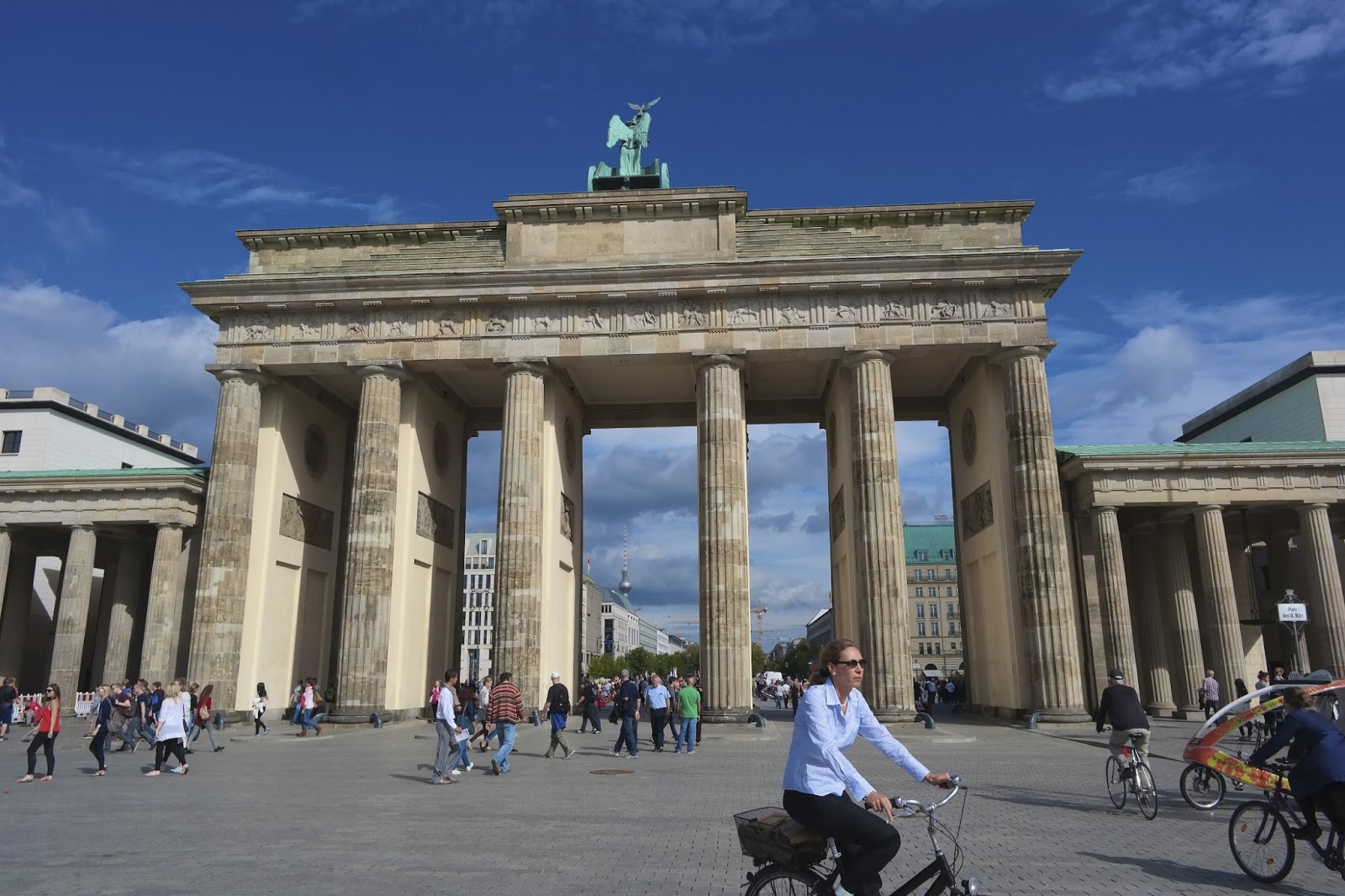 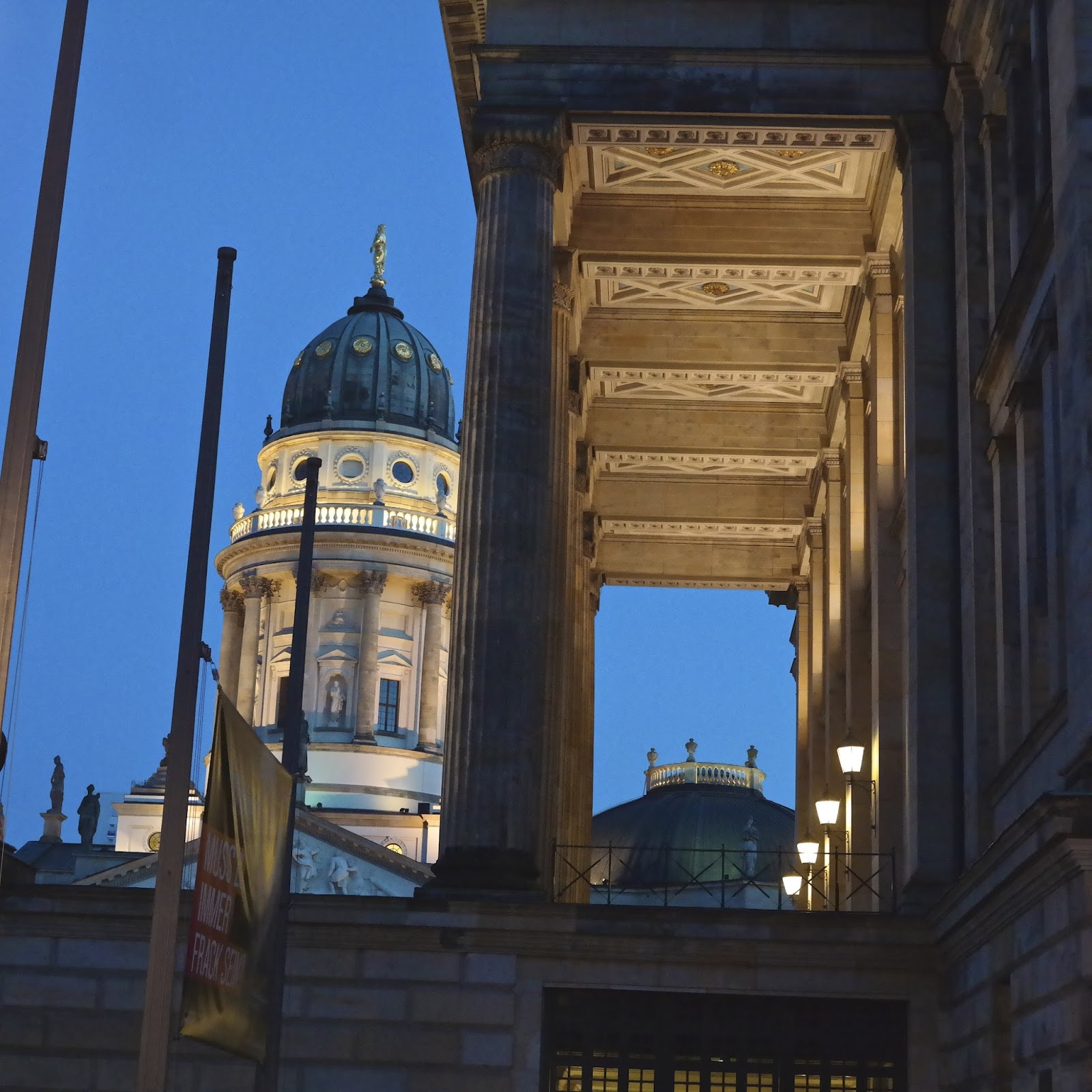 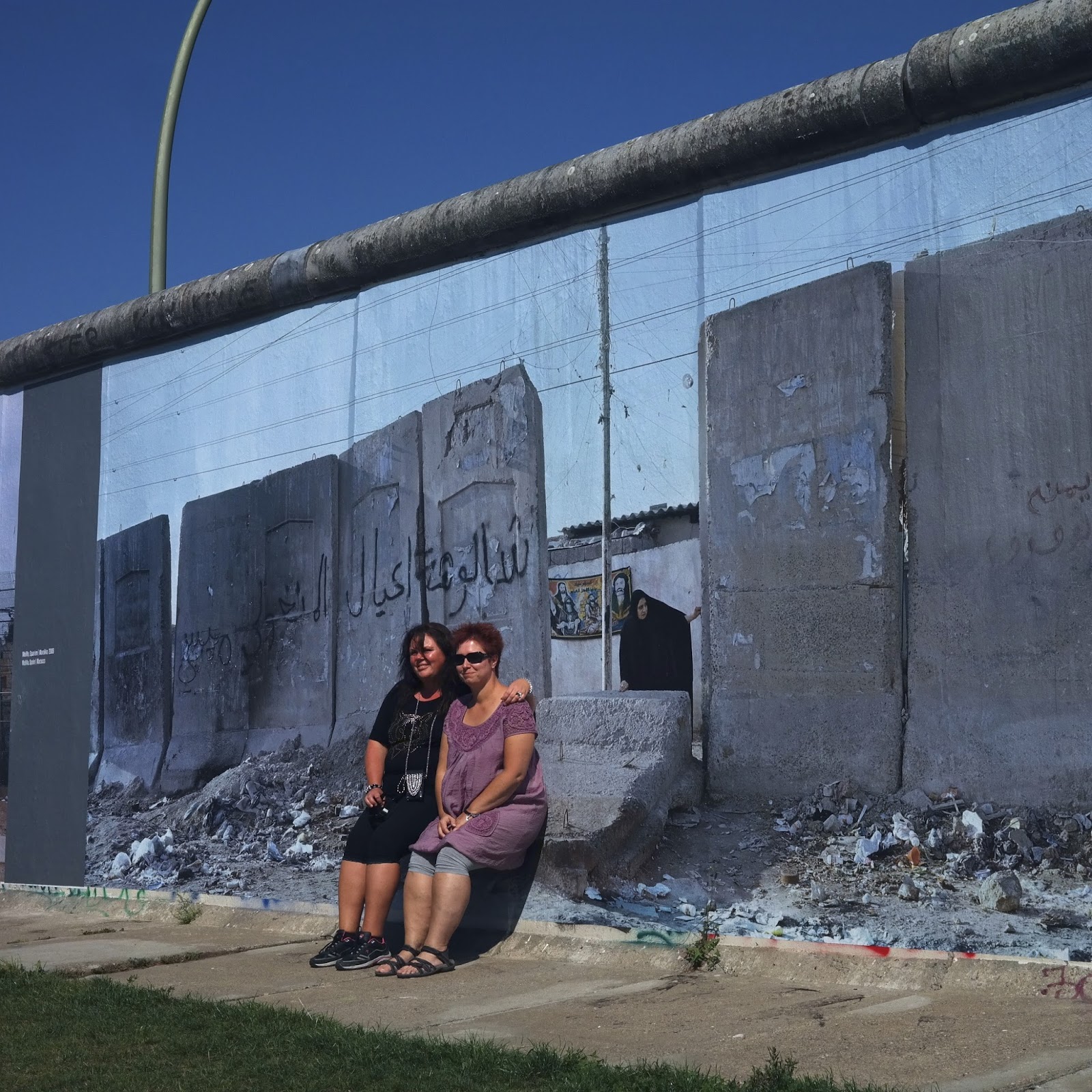 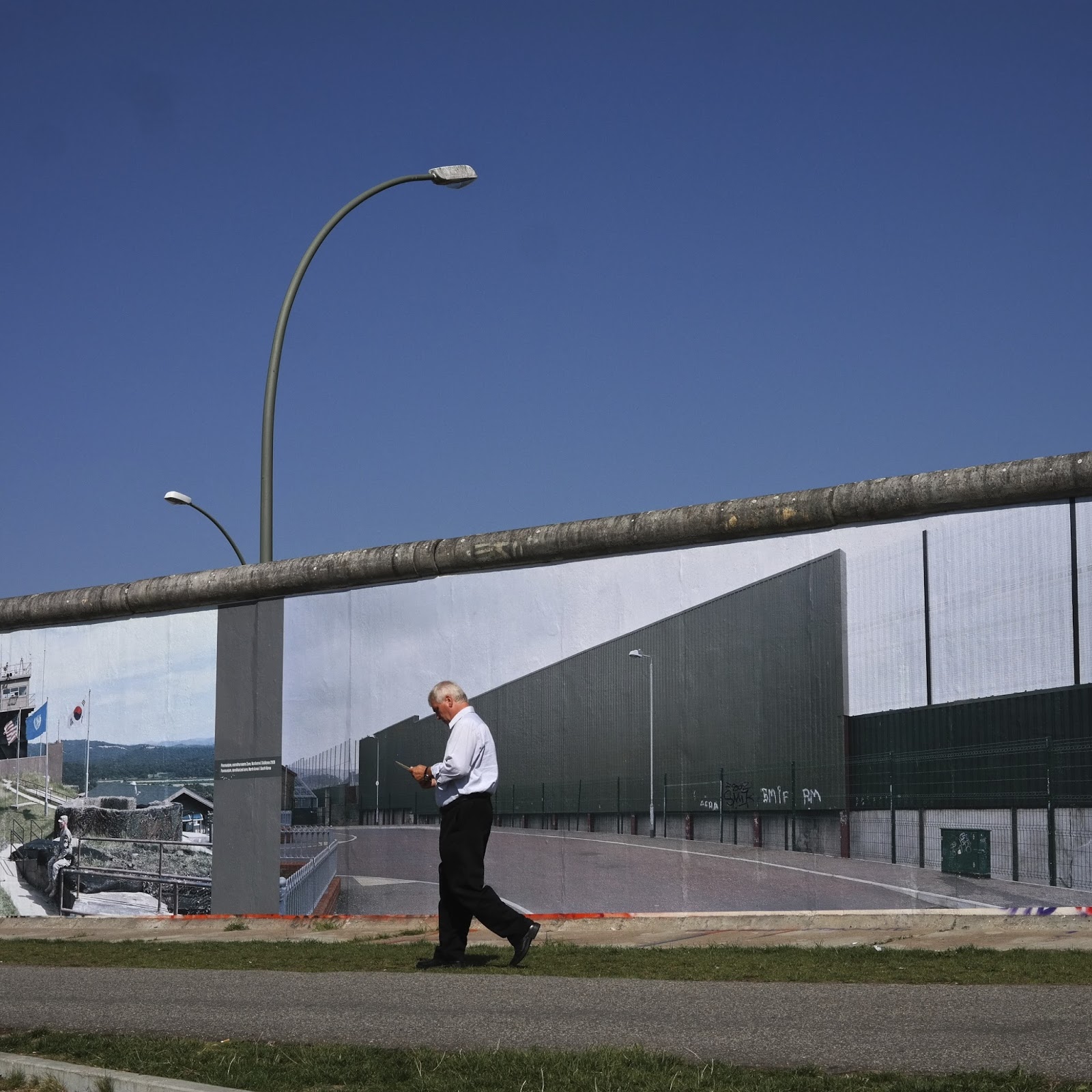 Did I ever mention that my hotel had the best coffee I've ever had? Well, it did.

Image Stabilization In Body or In lens? Seems like a straight win for Olympus, unless...... 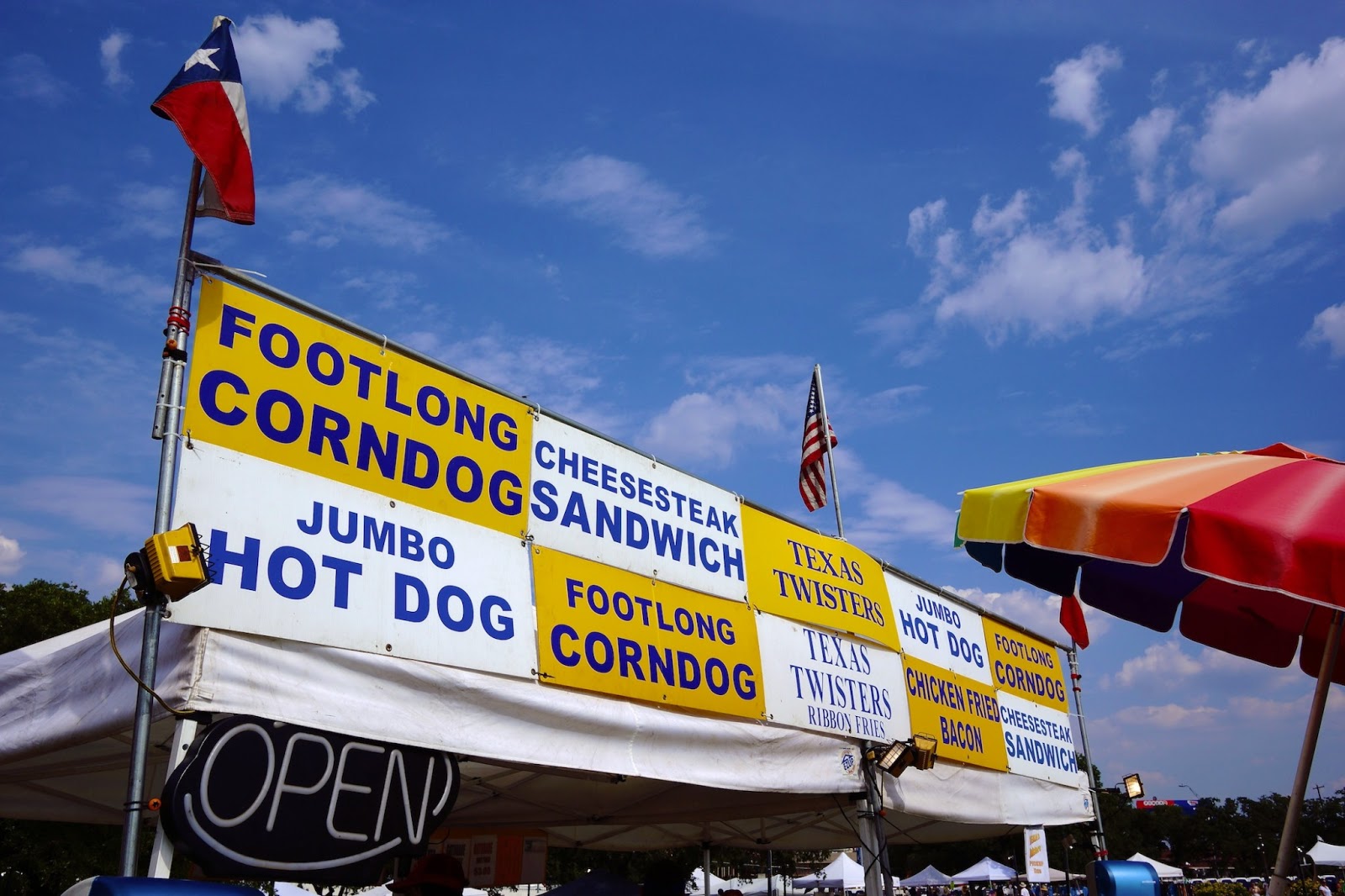 I've worked with an Olympus EM-5 and I've played with an EM-1 and I've got to tell you that if the number one thing on your decision list for buying a camera is the effectiveness of its image stabilization then Olympus has you locked in. For a little bit of perspective it's not like Olympus is operating in a vacuum, as far back as my time with a Nikon D300 and the first 18-200mm VR zoom lens camera makers have been offering some pretty awesome stabilization. That 18-200mm with its in lens vibration reduction was nothing short of miraculous in its day. But where Olympus has the in lens people roundly beaten is in the use of lenses that are too old to have had image stabilization or with lenses whose designs made I.S. impossible or too costly to engineer in.

Put a 1965 era Nikon 50mm f1.4 on the front of one of the new Olympus cameras and it's almost like you are shooting that nice, old piece of glass locked down on a tripod, even when you are handholding after your third espresso. So why in the world doesn't everyone rush to license this miracle of I.S. that is the Olympus IBIS?

This question comes up over and over again when people ask me why I chose to buy a Panasonic GH4 rather than an EM-1. And for a while I was at a loss for something to say other than, "I really love the video quality of the GH4 and when we shoot video we're generally working on a tripod or with some sort of stabilizing accessory..."  It sounded kind of lame as a rebuttal to my friends who gleefully regaled me with image after image, supposedly shot from the back of a racing dump truck with no shock absorbers, rattling down a rocky mountain road, littered with potholes, and shot by a hungover photographer with muscle tremors. And every one of the images was so sharp you could count the eyelashes on a mosquito buzzing around the subject's face.

Yes! Why can't we all have that same miraculous I.S.? Imagine how happy it would make my collection of old, Olympus Pen lenses.

However, there is a little fly in the ointment. While the Olympus I.S., which works by "floating" the image sensor from the infrastructure of the camera and applying motion correction in five axis, is wonderful it is very much a technology that works best for still images and is compromised by video.

Here's a condensed version of what I learned directly from Panasonic:

The single biggest obstacle to generating clean video images is noise. All other things being equal the biggest generator of image noise in imaging sensors is heat. Making an in-body, five axis, image stabilization system requires a very low mass sensor construction to enable the acceleration and deceleration required in moving an Olympus sensor in five axis, some concurrently and always accurately. Increases in the mass of the sensor and it's mooring constructions would require stronger motors and would compromise the integrity of the final image due to progressively uncontrollable inertial forces.

In order to make a very low mass, movable sensor construction Olympus is required to "de-couple" the image sensor from nearly all forms of mechanical heat sinking. A heat sink is a heat conductor (usually a low density, highly conductive metal) which draws heat away from an object and uses a larger radiator surface area to dissipate heat energy. In audio equipment, electronic power supplies, cameras (especially digital motion picture cameras) and computers one of the biggest design obstacles is the need to keep micro-processors within a narrowly proscribed temperature range.

A rule of thumb from my long ago days studying electrical engineering was that every 10 degree (C) rise in operating temperature reduced the working life of an electronic component by half. Good designs are optimized mechanically or with forced, active cooling to keep silicon machines within a tight range of compliance.

If you look at high-end video cameras, with no internal imaging stabilization whatsoever, like the Arriflex Alexa, the Sony F55 CineAlta and the Red Dragon and other Red cameras you'll find that all of them incorporate not only passive (and substantial) heat sinks but also cooling fans. Electrically powered cooling fans. To some extent this is what gives those cameras the stability to hold color non-linearities and especially electronic  noise to optimum levels during long takes.

Olympus cameras as well as Nikons and many other consumer brands are crippled with crappy video codecs that don't require the camera to do heavy lifting in image processing. They also have very limited run times in video before noise begins to climb up and become overwhelming (or at least objectionable..).

What Panasonic have done is to forego the in-camera image stabilization in a compromise that gives the market a camera with incredibly good video performance, a tremendous ability to process high quality, high density video material, in camera, and the ability to run for as long as the memory card has available space, without a ramp up in noise generated by heat. In a fit of good design the entire alloy infrastructure of the camera is one giant heat sink working to the benefit of the imaging sensor. But this requires the sensor to be physically tightly coupled to the heat sinking.

A cool video camera is a less noisy video camera and a happier camera. Being from Texas I'll take one more seemingly logical step and conjecture that the heat-sinking happiness also carries over to noise performance in both long time exposures (which are historic heat and noise situations) and when shooting in situations that exceed the 103 degree (f) limits for high temperature listed in most consumer camera owner's manuals.

When a camera maker puts a temperature range in the manual they are pretty much saying, "Hey, we can't be responsible for crappy files when you are shooting in a heat wave." Does this make a difference? Absolutely. The fine sensor in my older Kodak DCS760 camera was noise free at ISO 80 but when I would use the camera at swim meets in the Texas Summer afternoons the on deck temperatures would routinely hit 105(f) and inside the black body of the camera I am certain it would have been 20 degrees higher. The result was obvious. At the beginning of a swim meet the camera would generate flawless files but by the end of the meet many of the files would be streaked with huge amounts of random noise. Big, splotchy, in your face noise. Let the camera cool down indoors and the good noise performance would return.

While I think the image quality of the EM-1 and the GH4 are roughly comparable as still cameras I am quick to admit that the image stabilization of the Olympus is a high water mark for the industry and a big selling point for their two top cameras. At the same time I think the GH4 stomps all over the EM-1 in terms of video quality, and overall design and usefulness as a video camera. A powerful and very professional video camera.

Both companies have made choices. The great thing for working photographers is that both companies' cameras can use either companies'  lines of lenses and many accessories, interchangeably. A pragmatic photographer, hellbent on using m4:3 for his working tools, could very well select one of each and use them for their unique, best features, as needed. The EM-1 when hand held still images are the goal and the GH-4 when video production is called for.

Much as I like the idea of the "ultimate" in image stabilization being available to me the GH4 speaks clearly to the engineer part of my brain and it's telling me that under adverse conditions (high ambient heat) with stills, or any use of video, the Panasonic choice buys me stable and long term reliable performance.

As my long time readers know I use tripods for nearly everything. I have more tripods in the studio, currently, than I do camera bodies. I think I'll stick with the Panasonic engineering decisions for now. And, in fact, their image stabilization in the 12-35mm lens and the 35-100mm lens are only about a stop behind the performance of the Olympus lenses. I can live (well) with that.

Last thought: If there is anything from the EM-1 that I would wish for on the GH4 the IBIS would be a distant third wish. My first choice would be to have the EVF of the EM-1. It's gorgeous! Second choice? That's for a future blog.