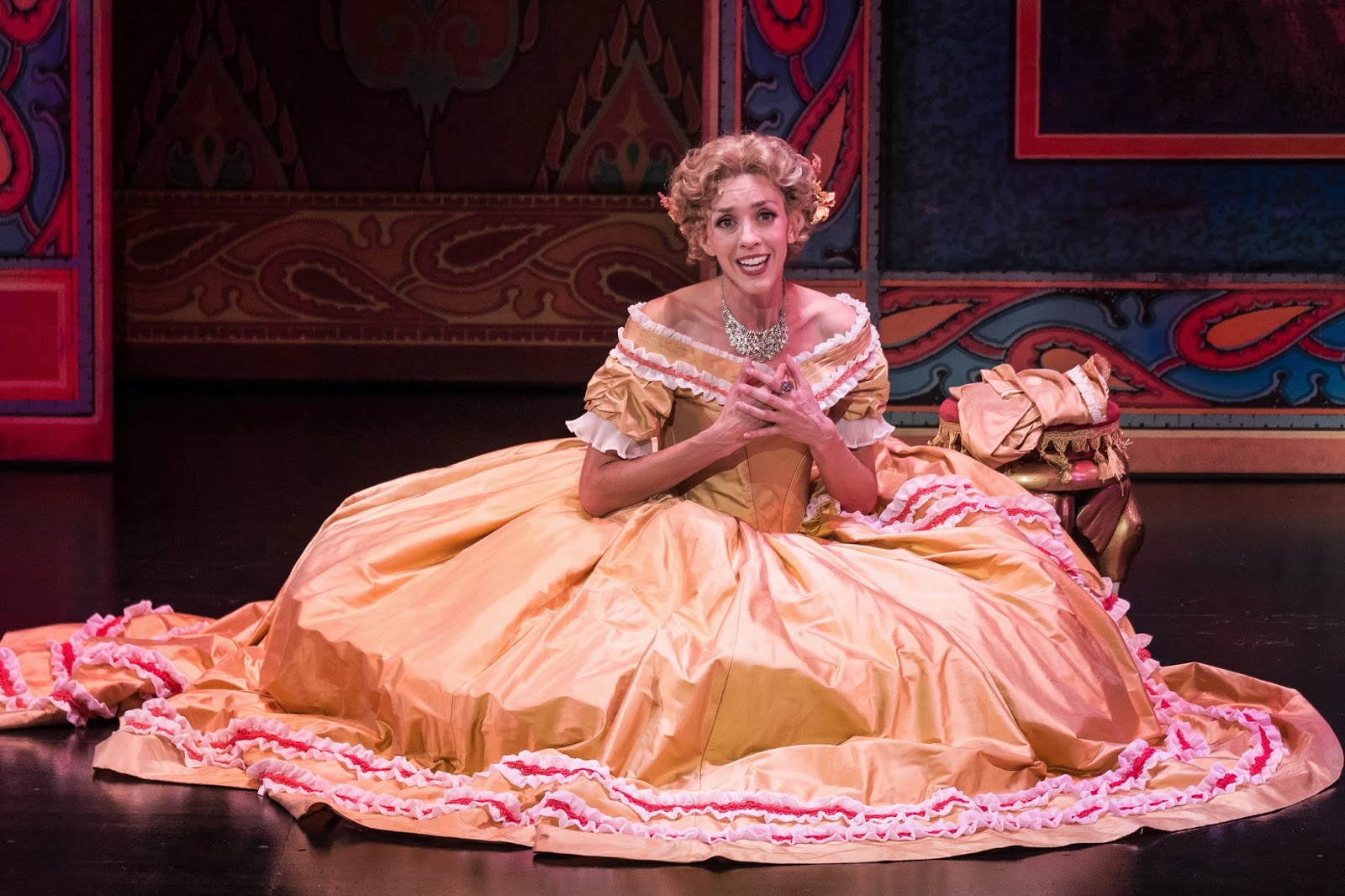 This image is for visual anchoring. It's a frame from the King and I,
now playing at Zach Theatre. It was shot with a Panasonic GH4
and the wonderful 35-100mm X Vario lens.

Doesn't matter what I say or do, the steamroller just comes along and flattens everything down to the same level. Every day I get e-mail messages that guide me to sites. Some sites are touting medium format cameras. Invariably the images are of models or race cars. These images are all sharp and contrasty and grainless but uniformly safe and boring. One site shows me "new talent" (which means young photographers) that is selected by "anonymous" art buyers and editors but all the images look like they were shot by the same person. They're all casual lifestyle scenes that seem as though they were shot by someone who has never even see a lighting instrument, let alone read the instructions about how to turn one on. How many images of wandering millenials in quasi (dispassionate) love do we need to see? How unlit can an image be? Do we need to even recognize the person being portrayed?

I get e-mails guiding me to sites that tell me how to shoot models. But all the models are lit the same way and all of them seem to have gone through the same retouching car wash that scrubbed all the detail off their faces. Are we still at all even mildly amused by tattoos and piercings? Do all video cameras have to slide during every take? Help me, Jim Jarmusch!

Sometimes it makes me just want to put my camera down and go for yet another walk. To see what real people are out seeing and to see what real people, with lives and jobs and kids, are doing. How do people look when they are walking through their reality trying to balance a cellphone on one ear, a cup of coffee in one hand and a messenger bag in the other? What does beauty feel like for unattractive people? Can anyone pull off looking cool as they climb into their ten year old mini-van? Can anyone not look like a sociopath as they climb into a Ferrari at the grocery store? Do men really still wear gold chains around their necks in 2014? Are small children being parented while their parents look into the vague middle distance and chatter inanely on their phones.

I have other questions that vex me as I "learn" more about the "importance" of creating visual content for the cellphone screen. Here's one: Why do we give a crap about huge, wonderful video cameras or "4K" if 65% of the population will "enjoy" the content on the screen of a phone? Is there any correlation between the sheer, enormous, corpulent size of people and our new addiction to the web?

I thought of all this as I was taking images in a very high end tech company a few weeks ago. One person asked another if the web was systematically destroying all jobs. "No." replied the other, "technology has been doing that for a long time." They went on to discuss the recent protests by fast food workers. One person said to the other, "If they push this wage thing too far we'll just put an app on a bunch of iPads and automate the fast food front counters. People can handle ordering and paying for themselves..."

And, for a second I imagined that this would only flatten the finances of the poorest people, but someone else had just finished telling me about decision tree software for psychiatry that may be at least as effective as talk therapy performed by a psychiatrist/analyst. Most psychiatrist have long since been relegated to prescribing pills instead. This next step will allow their jobs to "migrate" down to trained nurses. And then we'll automate mental health care and what next?

What does any of this have to do with photography? Well, nothing and everything. A life that goes from screen to screen to screen. Perhaps photography is one of the things that actually makes people go outside and see for themselves. That's a start.

Posted by Kirk, Photographer/Writer at 13:59 11 comments: